Camping in the High Mournes 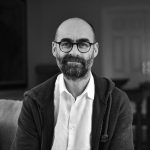 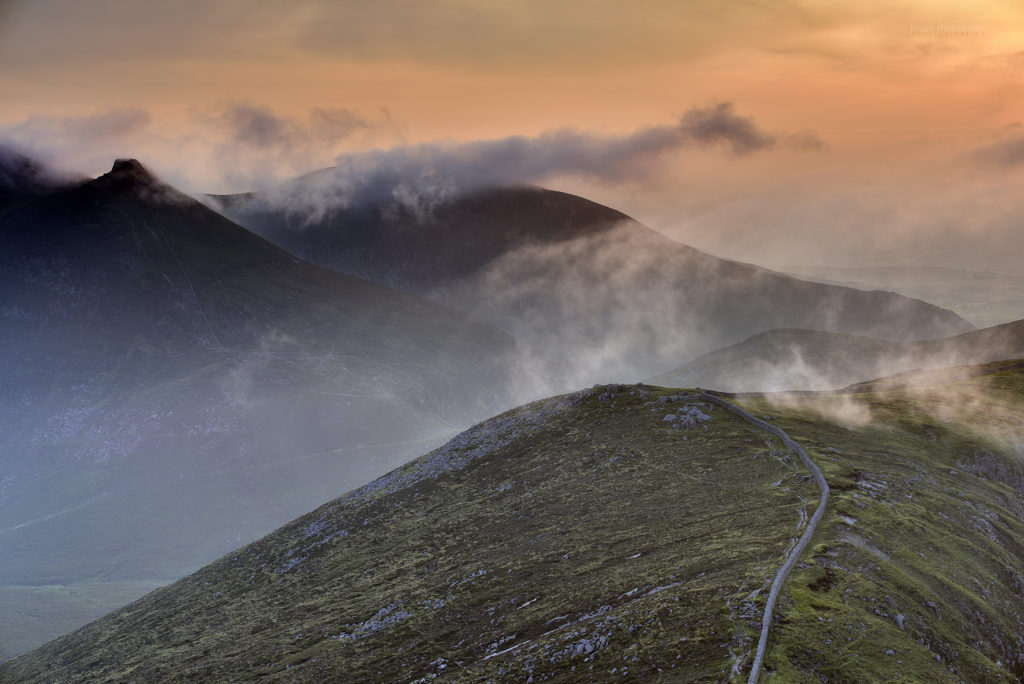 Some of my fondest memories of summer holidays as a schoolboy are of camping trips into the High Mournes with my cousin. As a teenager, every school holiday provided another opportunity for a Mourne adventure. Fast forward to August 2019, and a week off work with no concrete plans would mean only one thing! I checked the weather forecast for the week ahead (something we never really had the option of doing as teenagers in the 80s’), and it looked very favourable. I floated the idea with my youngest son Harry, and once he took it up, there was no going back.

We started to plan for a three day trip. Earlier in the year I had been on an eight day hiking and camping trip to the Drakensberg Mountains in South Africa and Lesotho, which meant I had everything I needed in terms of clothing and equipment. I just needed to remember where I’d put it all! Harry on the other hand, grows half a foot, and several shoes sizes between every trip. So, as usual we were on a mission to find him a waterproof coat, a warm fleece, thick socks and a pair of boots that he hadn’t already outgrown.

When it comes to planning any camping trip, food is always a high priority topic for discussion. After working out the quantities of what we would need, we began negotiating on the actual menu for each day. Eventually we decided on cereal and cereal bars for breakfast, ham and cheese wraps, and crisp sandwiches for lunch and hot rice-based spicy dishes for our evening meals. Supplementing all of these would be a bountiful supply of biscuits, chocolate and sweets.

I checked I had matches, and then double-checked that I had actually put them in my bag. Before we departed, my wife again asked me if I had packed matches. In the car on the way there, Harry suddenly remembered about matches and sought reassurance that I had not forgotten them. This seemingly obsessive attitude towards matches is due entirely to me forgetting them on a previous trip into the Mournes, resulting in Harry and I having to forgo the curry dinners that we had been so much looking forward to, and instead having to ration our cereal bars and crisps. They did not go down well on that occasion!

We arrived at Meelmore Lodge, parked the car, and then set off along Trassey track to Hare’s Gap. Harry’s enthusiasm appeared to waver momentarily when I pointed out the distance of the planned route along the length of the Brandy Pad to the Saddle before ascending to the summit of Slieve Commedagh where we would pitch camp.

The weather was perfect. Clear blue sky and bright summer sunlight shining in our faces as we walked. We had lunch at the Saddle before making the final climb up Slieve Commedagh. Thankfully the little patch of level ground in the quarried out dip just below the summit was vacant and we pitched our tent. It might be thirty years old now, have several scars where rips have been repaired, and when pitched looks strangely warped, but for the next couple of days it was home. We decided the best way to settle in to our new surrounding was a spot of sunbathing for the remainder of the afternoon.

Our late evening dinner of chicken curry tasted fantastic as we sat beside the Mourne Wall looking out over the hills below us. Out of nowhere we noticed a solitary cloud form in the valley above Tollymore Forest and we followed its progress as it gathered momentum, caught the breeze and travelled upwards over Slievenaglough and Slieve Corragh before dispersing again above the Ben Crom Reservoir. A few photographs later we retired for the night.

Back in the day, the cutting edge of entertainment was a pack of playing cards. But this new generation really raised the game. Before leaving Harry downloaded half a dozen episodes of ‘The Goldbergs’ onto his phone, and along with the sweets and chocolate we rationed them out over the course of the trip.

I was determined to make the most of our location and get up for sunrise each morning. 5am came round very soon. However, it was worth the early start to make the short walk across the summit of Slieve Commedagh and stand above the Pot of Pulgarve as the sky gradually began to lighten before finally erupting into a blaze of purple, red and orange over Dundrum Bay.

The sunrise on both mornings was exceptional. Once the sun rose and burnt off the early morning moisture, a comfortable twenty degree heat accompanied us throughout the day as we lazed about the summit or took short hikes to the best vantage points surrounding Slieve Commedagh.

At times the excitement was all too much for Harry. On one occasion I turned around to find he had fallen asleep curled up on top of the Mourne Wall while waiting for me to photograph Slieve Bearnagh.

By the end of the second day we had finished both the sweets and the six episodes of ‘The Goldbergs’. It meant we were going to have to rely on our imaginations and resort to old-fashioned conversation on the last evening; and it culminated in the following exchange. Me: “Wouldn’t you love a big bag of wine gums now?” Harry: “I’d prefer a big bag of Doritos.” Me: “Oh no, not just after our dinner.” And after a short pause, Harry: “Fine. We’ll have the imaginary wine gums then.”

Rain was forecast for the afternoon of day three. After breakfast on the final morning we could see the clouds begin to form in the west. Our return trip saw us descend Slieve Commedagh and trek the scenic walk along the wall over the top of Slieve Corragh and Slievenaglough before descending back into the valley following the Trassey River, and eventually back to Meelmore Lodge for lunch and ice-cream. Another trip over, more memories banked, and a few photographs worth holding on to as well!

Brian lives in Banbridge with his wife and three sons, and works for Praxis Care (a charity supporting adults and children who have a learning disability or who have experienced mental ill health). He has been hiking and camping in the Mourne Mountains since a teenager, and these days spends a considerable amount of his free time photographing them.