Carnanelly: A Taste of the Sperrins 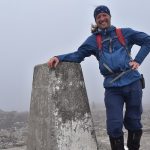 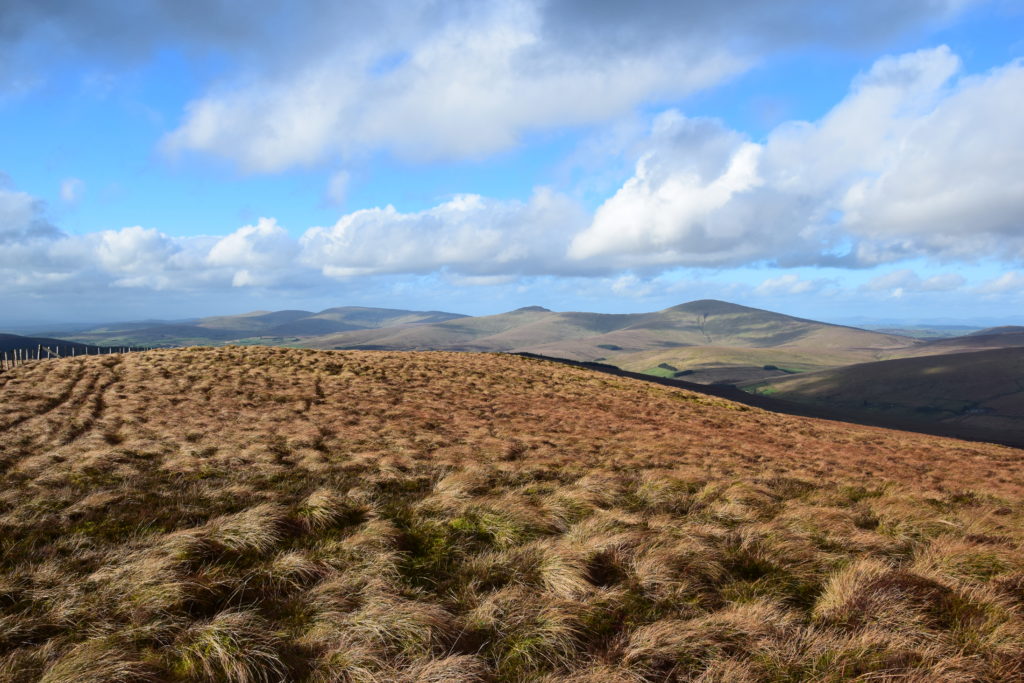 Northern Ireland has a lot of beautiful places to visit, but if you are looking for peace and tranquility along with great views, and if you like to wander off the beaten track and don’t really mind a bit of wet ground, then you will love the Sperrins. On my quest to climb all the Irish +500m summits, I first visited the area in May 2017. I started with a late ascent of Mullaghcarn the day I arrived, and three others walks followed, one of them taking me to the highpoint of the range, Sawel (678m). In February 2019 I had the opportunity to spend another two days in the area. The second day, I opted for a short walk to Carnanelly.

Driving down the road from Draperstown to Plumbridge along the Glenelly Valley already takes you off the beaten track in terms of traffic and human presence. Although the whole area is fully devoted to farming, with dozens of fence lines running across the hills, you are likely to have the road -and thus even more obviously the hills- to yourself.  The only real issue as a walker will be to ensure you don’t damage the fences which you may have to cross along your way. Stiles are not a common thing here, but some farmers have had the good idea to replace the upper barbed wire line with plain wire, making such fences much easier to step over without risking of damaging them and/or your trousers. Hopefully it will become something more common in the future.

I parked at the Goles Forest entrance along the B47. The plan was to take in Carnanelly (565m), Carnanelly W Top (505m) and Mullaghbane (467m). The forest road provides an easy approach. Sadly the whole western part of the forest plantation had been felled, but the consolation was the views had opened up. As I made my way up, the sun started to come out, allowing for beautiful contrasts over a vista now extending from Mullaghaneany to Sawel and Dart Mountain.

Just where the track re-enters the forestry, I veered right along the forest’s edge and followed it until I reached a fence, which I carefully crossed, before dropping down across the trees to the left to cross the burn. These few metres required a bit of care as the ground is steep and slippery in places, but from there it was then just a matter of heading straight up the open hillside.

This was the steepest part of the ascent but I was soon rewarded with mighty views over the whole Sperrin range and even further. As a bonus, the sun came out more significantly, enhancing the beautiful colours of the mix of grass, heather and moss which prevails on the summit area. It’s somehow hard to define where the true summit is, but this is a wonderful mountain to stand on, even despite the fence which runs E-W along its ridge.

The latter provided a convenient handrail to the next summit, Carnanelly West Top, actually just a minor hump with just enough prominence to be classified in the Arderin summits list.

The descent from Carnanelly was rather pleasant, with surreal rays of sunlight peering through the clouds over the lower hills to the S. By the time I reached the W Top the sun was gone again so I didn’t hang around for too long and followed the fence that heads NW to Mullaghbane.

Finding the true summit of Mullaghbane proved to be almost impossible and care had to be taken due to the uneven, ankle-twisting terrain. The scattered, low conifers and the long grass provided a certain feeling of wilderness though, a different atmosphere from the two previous tops. And despite being lower than its neighbours, it still allowed for beautiful views. The only thing that seemed to be missing on that lovely walk was wildlife, with only a few ravens spotted flying over the top of Carnanelly.

From the summit of Mullaghbane,  I hopped over the fence, heading diagonally along the slopes in an ESE direction until I reached the Altaloran Glen, which burn has dug a surprisingly deep hollow. I carefully dropped down, crossed the burn and the fence, and then contoured the NW slopes of Carnanelly, keeping just below the 400m contour to rejoin the fence at the forest’s edge which would lead me back to the forest road. Just before I reached the car, I met a lovely couple who were out walking their dog and we had a bit of a chat. I then took the beautiful drive down the enchanting Glenelly Valley, who could easily claim itself the greenest valley in Ireland, before a mandatory pi(n)t stop at Mosseys Bar in Gortin, where the lovely owner recognised me from my previous visit almost two years before. Ah, fame…

David Guenot, 44 year-old, outdoor blogger, aka. The Lone Peakbagger.
I am French and live in SW France. I do a lot of hiking in the Pyrenees, but I travel several times per year to Ireland and Britain. I usually walk solo and take a lot of pictures. I am also a member of the Na Sléibhte Hill-walking Club and an addict to challenge walks and peak-bagging, aiming at completing the Irish +500m list (569 summits, of which I have climbed 424 so far).