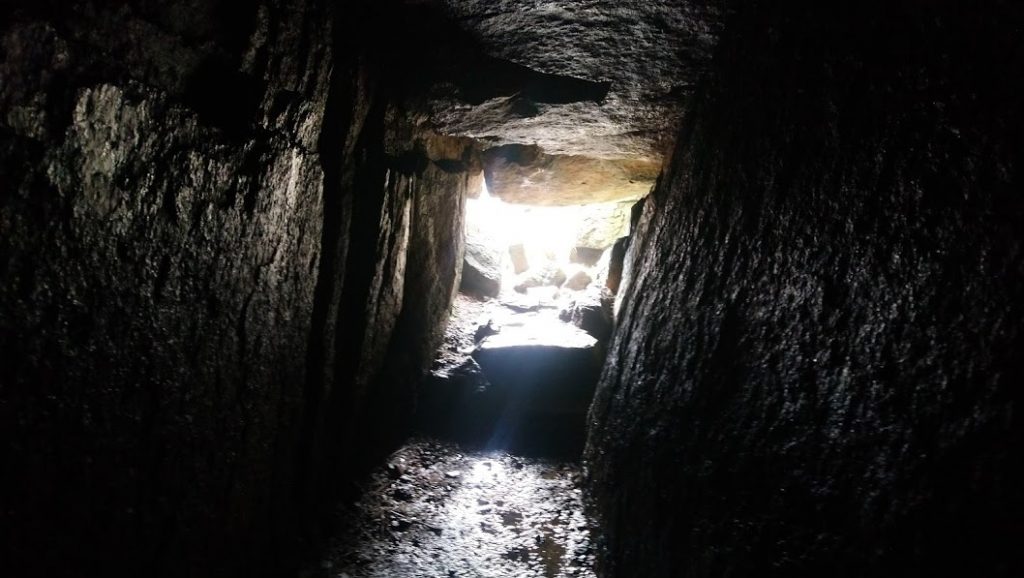 I set out about 2.00pm on Good Friday this year with my wife Alison in search of two caves: Percy Bysshe and Cove. The Carrick Little car park was full. About twenty other cars had parked on the road, so we took our chances and drove up the lane which runs along the side of the official car park. There are now two places offering camping and toilet facilities before you come to the Mourne Wall. They both charge £3 per stay or £5 overnight. The first one you come to has glamping pods for hire which look out over the sea.

We went through the gate in the wall and walked along the well-worn path at the side of the Annalong wood. The path continues on when the trees come to an end, crossing a small stream at the entrance to the Annalong Valley. The higher ground, marked on the Ordnance Survey map as Percy Bysshe, rises on the right as you continue towards the Blue Lough. I came armed with a photograph of the entrance to the cave which had been posted by LandyLiam on the NI-wild forum. The cave itself is not actually visible from the path, but there is a grassy trail worn by visitors which leads up to the entrance. Alison is standing in front of the cave mouth which is small – look for the recessed area shown behind her head to locate it. 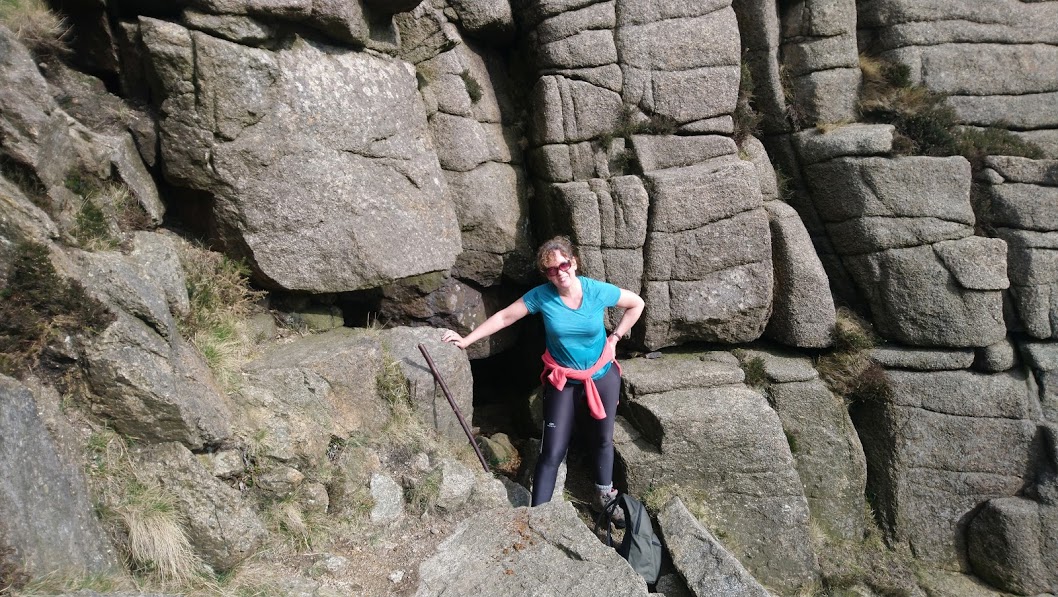 READ: Coming Home to the Woods

You have to get down on hands and knees to get in but you can stand up inside. 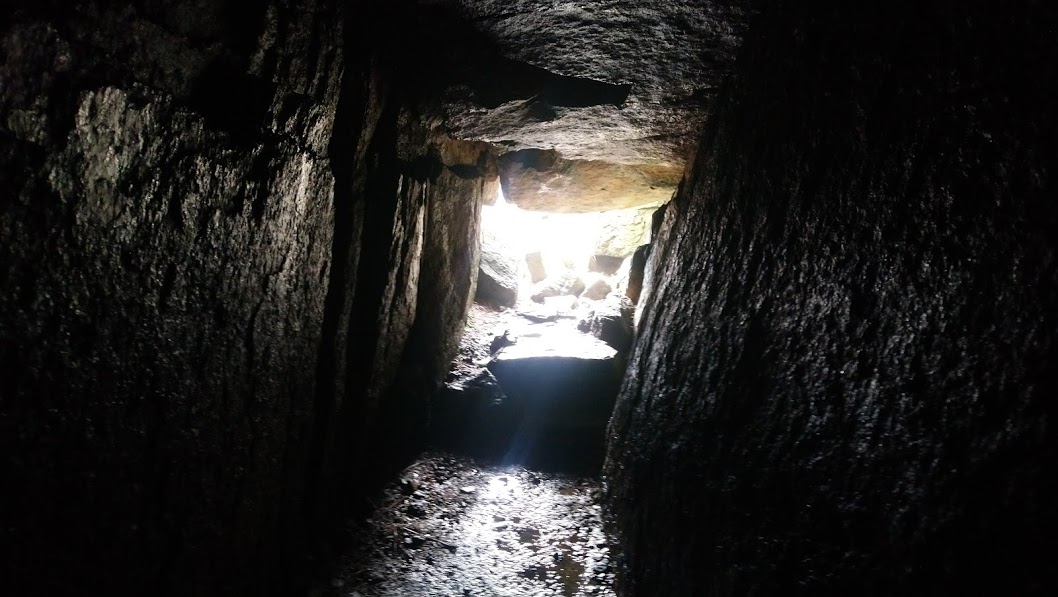 There is a good view back towards the Annalong wood from the cave entrance. Confession – it looks like it is high up a sheer cliff wall in the photos but the slope up to the cave is actually quite easy to climb. 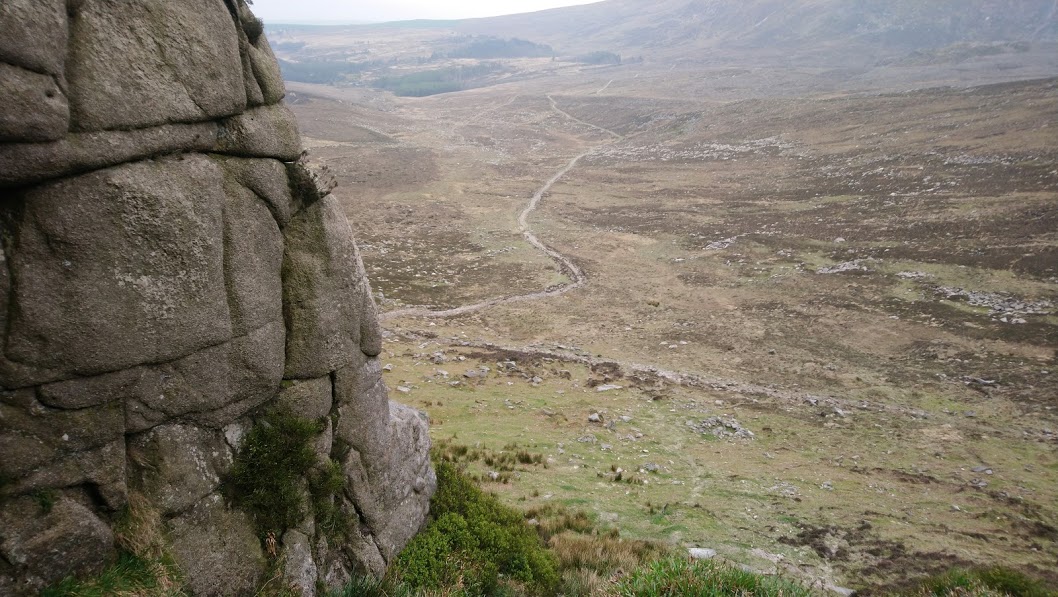 We walked back down to the foot of the rocks and round towards the Annalong valley. The cliff of Lower Cove with Cove Cave visible as a roundish hole is in the middle ground in the picture below. Slieve Lamagan is on the left with Slieve Donard on the right. It took about twenty minutes to reach the slope of Lower Cove along the obvious path leading up the valley. 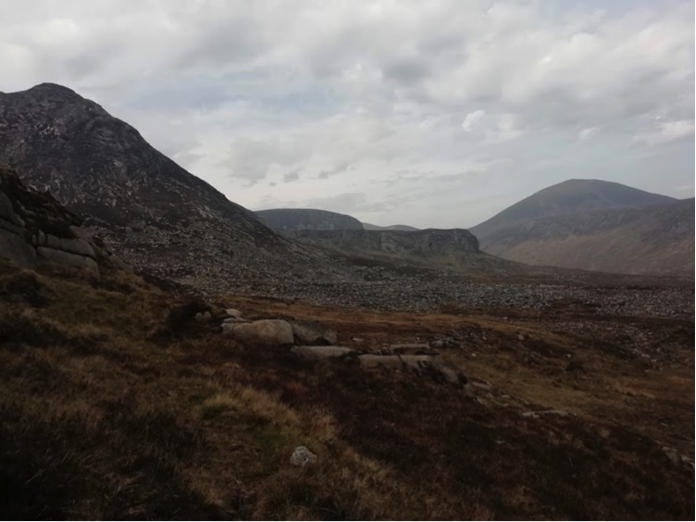 The bottom of the slope leading up to Cove Cave looks like this. It’s a scramble up the grassy slope but not too difficult. 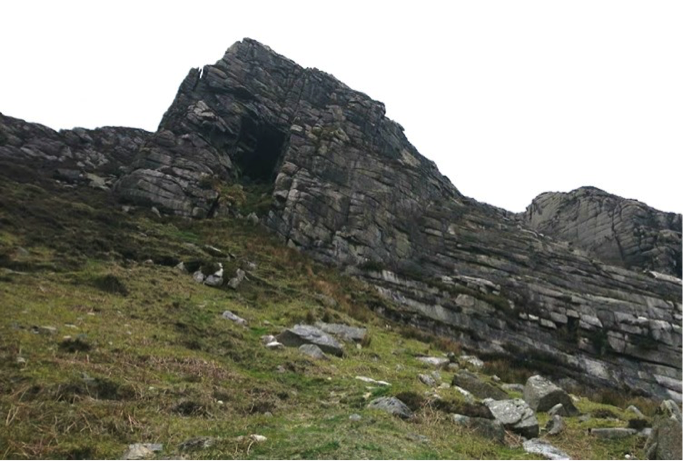 It gets much stepper below the cave entrance. 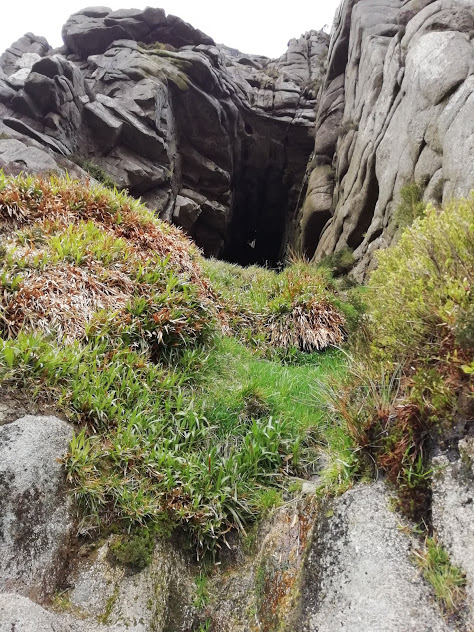 I was able to pile rocks on top of each other and scramble up to the cave but this should not be tried alone – the grass was wet and it is quite a drop back down. You can just see a hole in the top of the cave which proper climbers (with ropes and things!) sometimes drop down through from above. 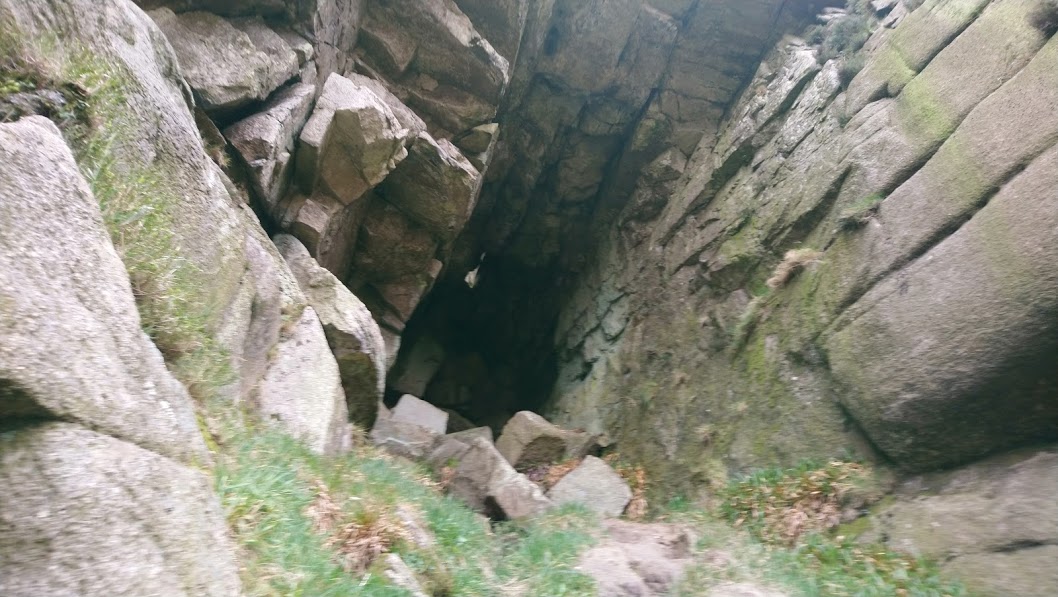 There’s not a lot to the cave when you get there but there is a good view back down the path. This was our return route, past the Annalong Wood again and back to the car. 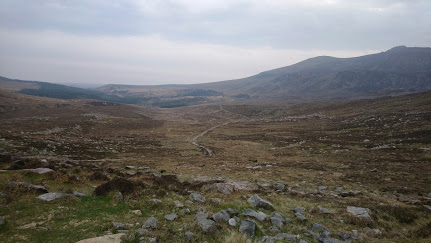 It was a pleasant walk, not too difficult and a bit different from the usual climb to a mountain summit. The total length was 6.2 miles. We stopped at each area to explore for a while so it took us 3 hours and 40 minutes. Recommended for a dry day.