Billy Austin: an artist shaped by the Mournes 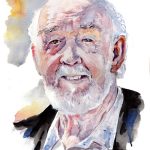 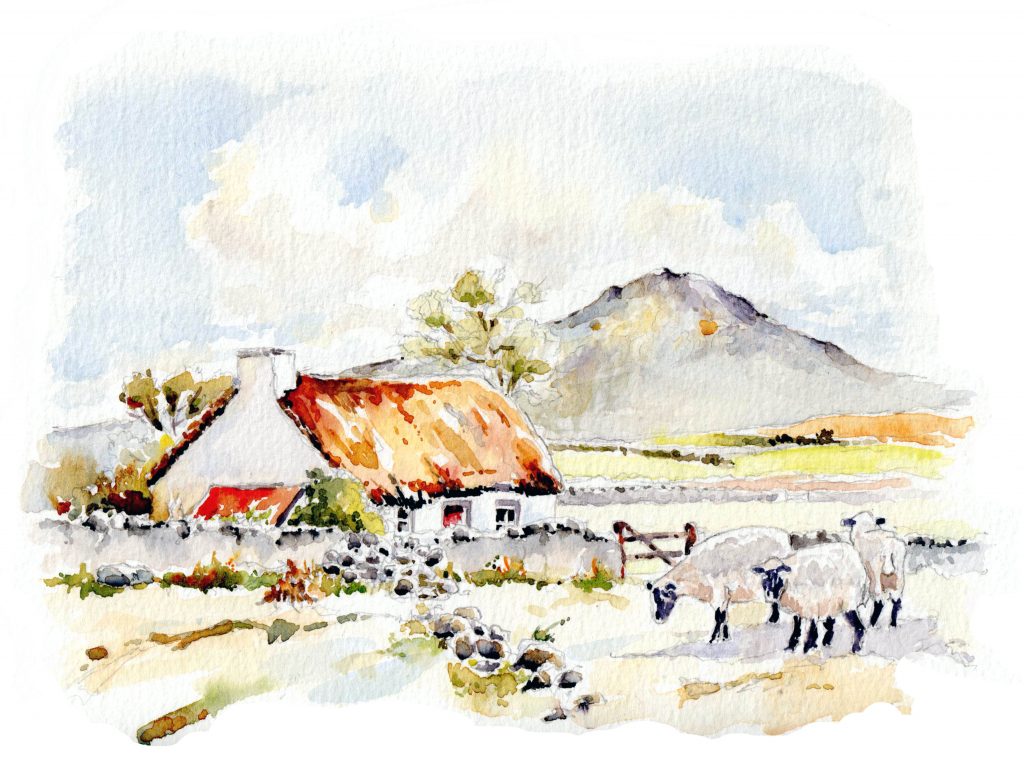 From a very early age, the Mourne Mountains excited me. I remember vividly at the age of about 7 (that’s back in 1946), a friend of my father had one of a very few cars on the road. An Austin 7, if my memory serves me right. The highlight of my week then was looking forward to Sunday afternoon when he would occasionally call, and complete with a picnic basket, take my father and I for a drive through the Mournes. 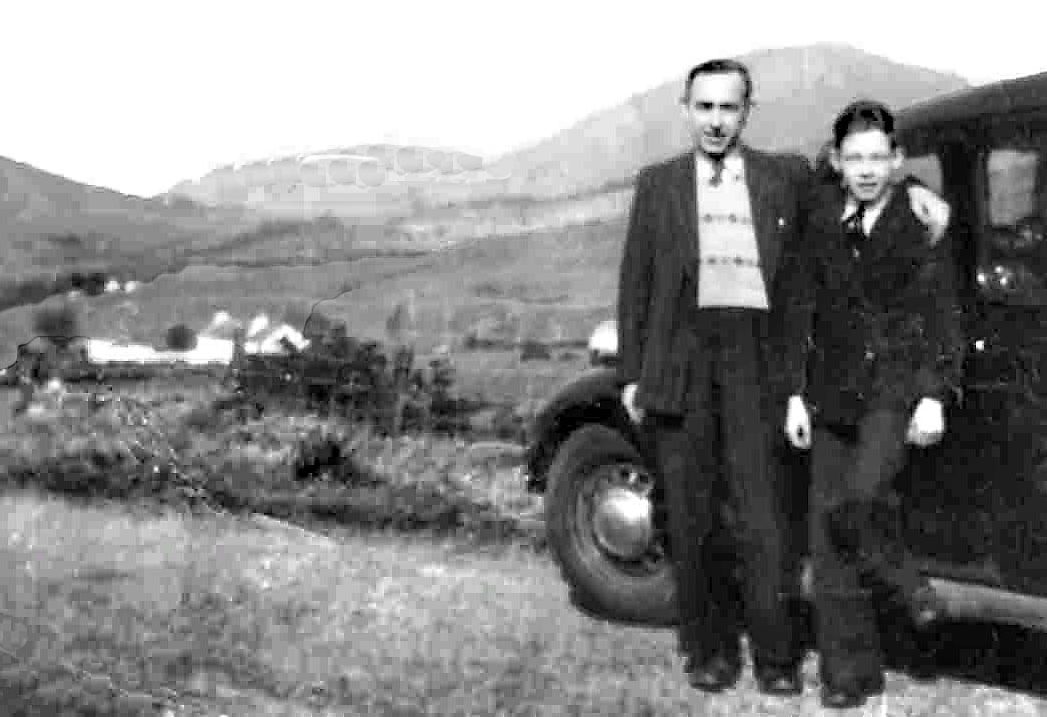 We would set off from Portadown, County Armagh, and as we reached Rathfriland almost an hour later (the car didn’t move at too fast a pace), the beautiful sight of the Mourne Mountains came into view. Soon we were driving through the lovely scenery of the valley where the Spelga Reservoir now exists. 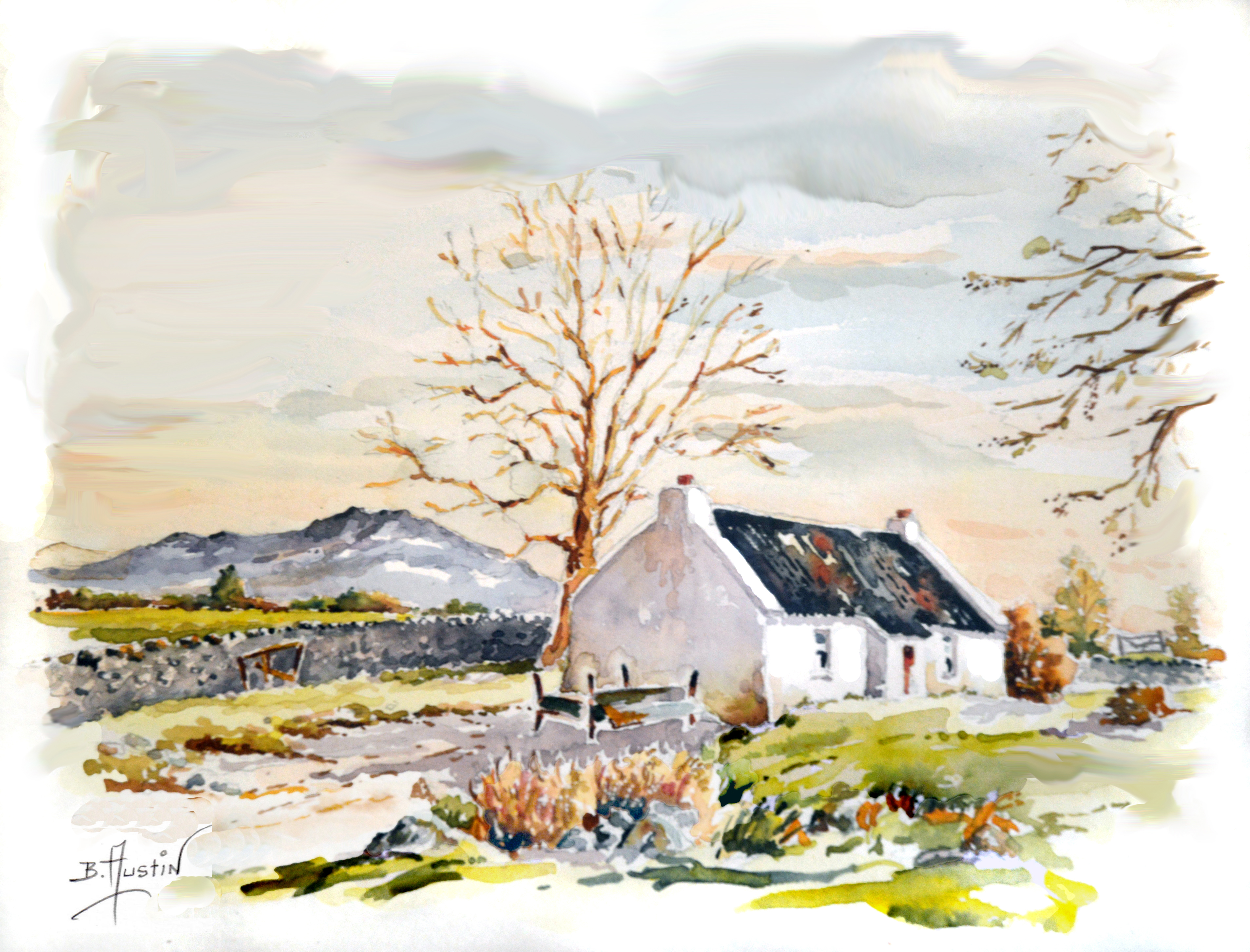 At this stage I was eagerly looking forward to the picnic basket appearing. My father’s friend, a Mr Camblin, owned a small home bakery in Portadown and there was always a plentiful supply of buns and cake left over from the previous days unsold goods. A few years later the Spelga dam was built and, by coincidence, Mr Camblin, a prominent local Councillor, was one of the instigators of the proposed project, which now brings pure drinking water to the people of Portadown.

After enjoying the picnic we travelled on and took in the sights of the fishing boats at Kilkeel’s wonderful harbour. Our next stop took us to Rostrevor’s luxurious hotel for an evening meal. The experience here is placed solidly in my memory as I come from a working class family with very little income at the time, and certainly not privileged to have such a meal other than those at home. We could never afford such a luxury as dining out. Mr Camblin was very wealthy and accustomed to dining in this manner. During the meal we were serenaded by a violin player – an experience, for a 7-year-old lad, never to be forgotten. 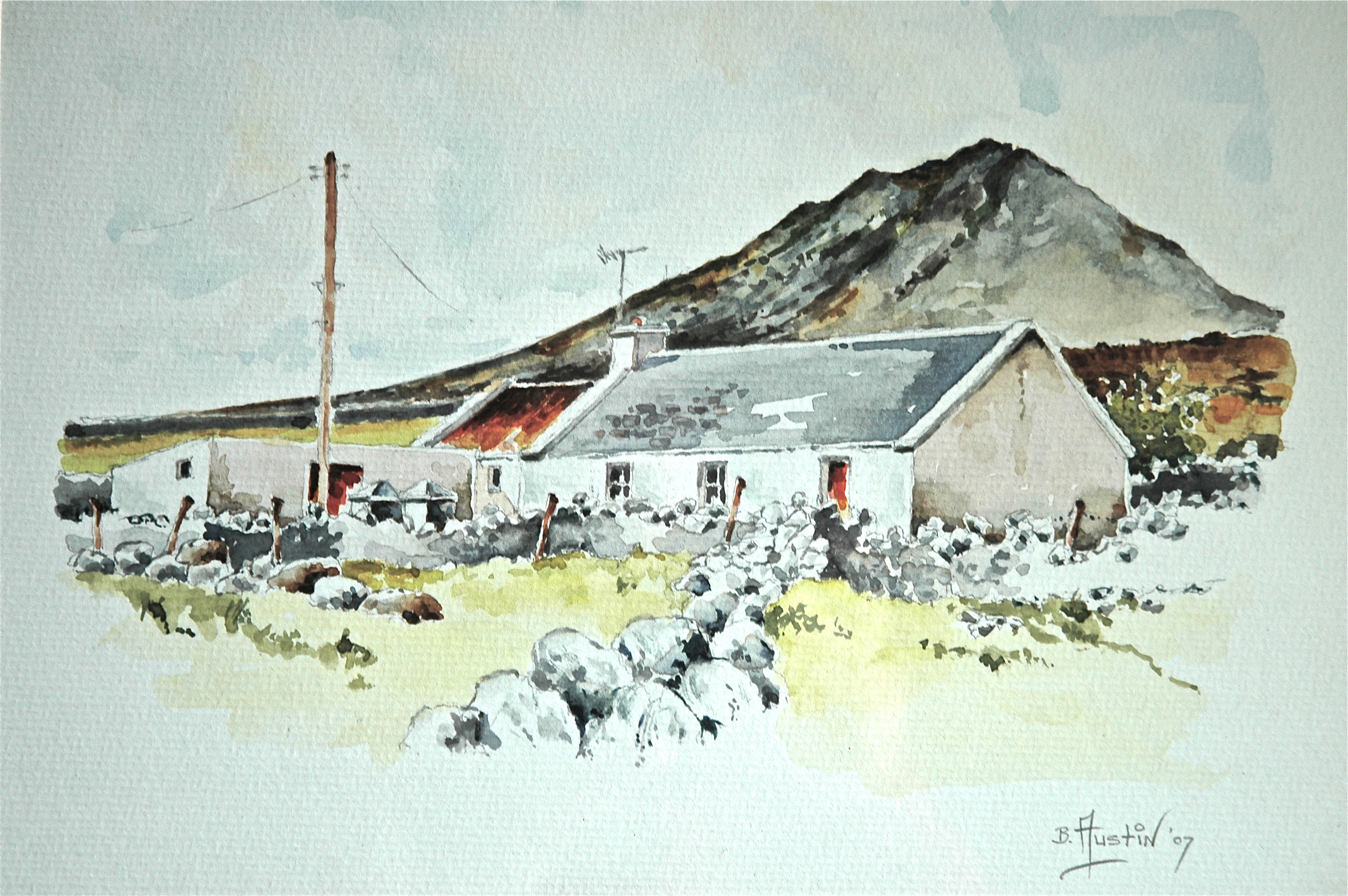 When I reached the age of 14, along with a few friends, I joined the Youth Hostels Association of Northern Ireland. I had recently started work as a Clerk in one of Portadown’s five weaving factories. At that time, work continued until 12:30 on a Saturday. After work we had lunch, then donned our rucksacks and started off ‘thumbing’ lifts, usually ending up in the Newcastle area. There we spent many, many hours sitting up to midnight on the steps of the Bloody Bridge, our favourite hostel, enjoying the craic with an occasional tune on the mouth organ.

The following day, come rain or shine, we usually enjoyed a trek along the stream to the top of the mountain. A few years later, we took to the bicycles and after work on Friday night had regular trips to the youth hostel in Rostrevor, again enjoying our time taking in the beauty of the mountains. The following day we cycled to the Newcastle hostel for an overnight stop, then home in time for church on Sunday.

As the years passed, I joined a newspaper group as an Advertising Representative and was provided with a means of transport. By that stage, I took a keen interest in photography and over the years have since taken literally thousands of photos in the beautiful Mourne area.

On Friday afternoons a few of my newspaper colleagues and I would regularly visit the area and climb to the peak of Binnian. In fact, I remember us climbing up the mountain three days in succession. These visits were usually concluded with a meal in the Kilmorey Arms Hotel in Kilkeel, and afterwards relaxing in front of the scorching turf fire in the lounge – even at 80 years of age, those memories keep rushing back!

Such wonderful times and such precious memories!

I have, in earlier days, enjoyed many, many outdoors painting trips to the Mournes but now most of my watercolours are painted from reference photos of the area I have taken over the years.

Billy Austin is an 81 year old self-taught Watercolour Artist from Tandragee. In his early years, when appointed Advertising Director of the Morton Newspaper Group, he practiced his artistic skills by sketching a series of local characters for the seven weekly papers. His love of the Irish Landscape too has always fascinated him and his paintings are featured in homes throughout England, America, France, Italy, Germany and Switzerland. He has held several Exhibitions over the years and in recent times he has become recognised as one of Ireland’s top Portrait painters. An on-line Exhibition of his work is currently being featured on the Millennium Court Arts Centre Site