Summer and Autumn on “The Meels” 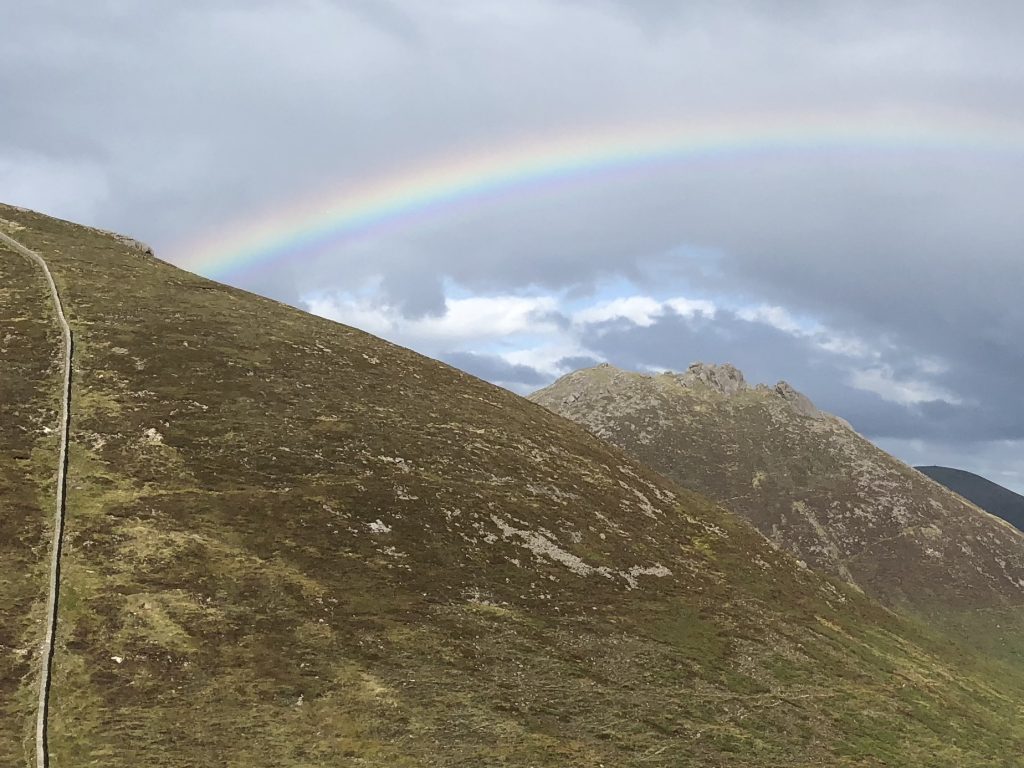 It’s probably one of the most underrated walks in the Mournes but I find it really enjoyable. I walked it about 6 times last year and each time I discovered another view I hadn’t seen on a previous walk. Affectionately known as “The Meels”, they are two of the mountains in the Mournes which are over 700 metres. You can start your walk from Trassey, Ott or Meelmore carparks.

The last two times I walked it were in summer and autumn last year which, as you can, imagine were very different. Both times I started at Ott car park. Heading across the road and over the stile you head up Ott track, taking a right after about two minutes. Another 20 minutes and you are at the Mourne Wall. At this point you can turn left and head up Loughshannagh or go straight ahead and pick up the path that takes you down around the bottom of Loughshannagh.

From the top of Loughshannagh, just follow the wall and after about 10 minutes you will reach the stile before the ascent up Meelbeg. If you are following the path around the bottom of the mountains it will take you about 20 minutes to reach the bottom of Meelbeg.

If you are following the bottom path, it’s now about 30 minutes to the stile between Meelmore and Bearnagh – the Pollaphuca.

Heading up over Meelbeg, just follow the wall and you will reach the top after about 15 minutes.

From the stile between Meelmore and Bearnagh it’s about 20 minutes to the top of Meelmore. Just follow the Mourne Wall and you will be rewarded with a spectacular view.

Heading over Meelbeg and up to the summit of Meelmore you will reach one of the three towers which are part of the Mourne Wall (Commedagh and Donard are the other two).

Now you are at the point where both walks have met each other. So you can follow either the lower path or start the descent from Meelmore onto Meelbeg and over Loughshannagh and back to Ott which will take you about an hour or so. If you are lucky, you might even catch a rainbow.