The Beautiful North Coast and Beyond 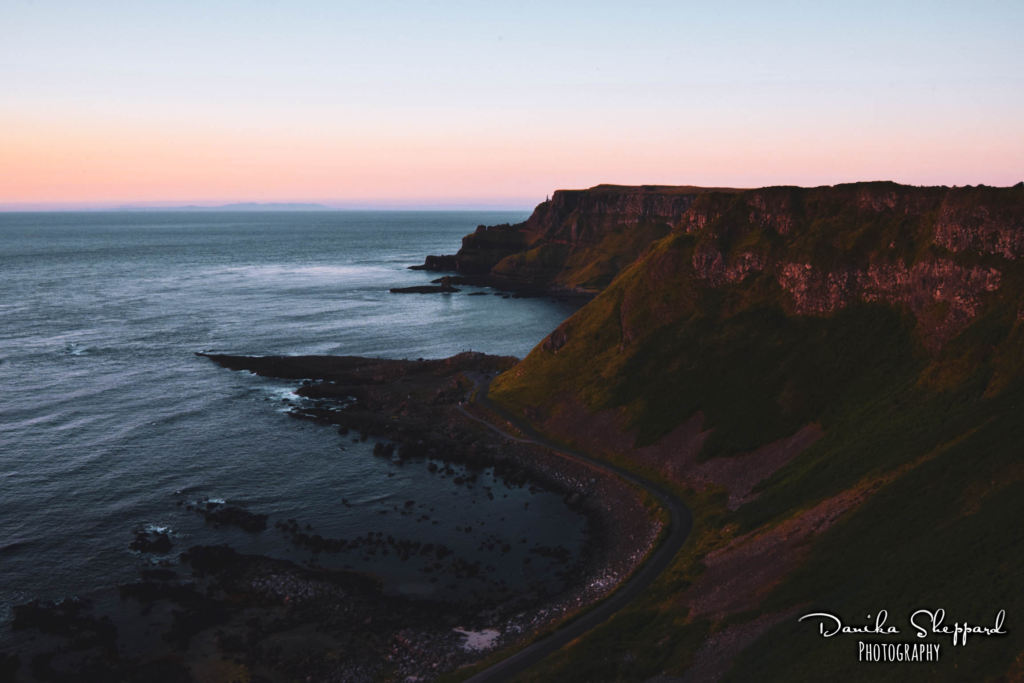 When I was approached to write an article for Trek NI, I thought “Gosh, I’m no hiker, but I’d be delighted to share my favourite hidden North Coast beauty spots along our gorgeous coastline!”. I’m Danika – I’m 28 and I’m a science teacher with a love for photography. I grew up in Coleraine, but I’ve been living in Portstewart for 3 years now and I absolutely love it!

I am a big fan of the North Coast and our gorgeous Causeway Coastal Route. I enjoy getting outdoors as often as I can, taking photos of the beautiful surroundings. Photography is like therapy to me. Northern Ireland is a stunningly beautiful country, even in the rain! I also enjoy a good road trip across to Donegal and further along the rugged Wild Atlantic Way. I live with a condition called fibromyalgia, which leaves me chronically fatigued and with deep muscular and joint pain, so often large treks are a no-go area for me. But I like to challenge myself with little rambles along our coastline when I am able. 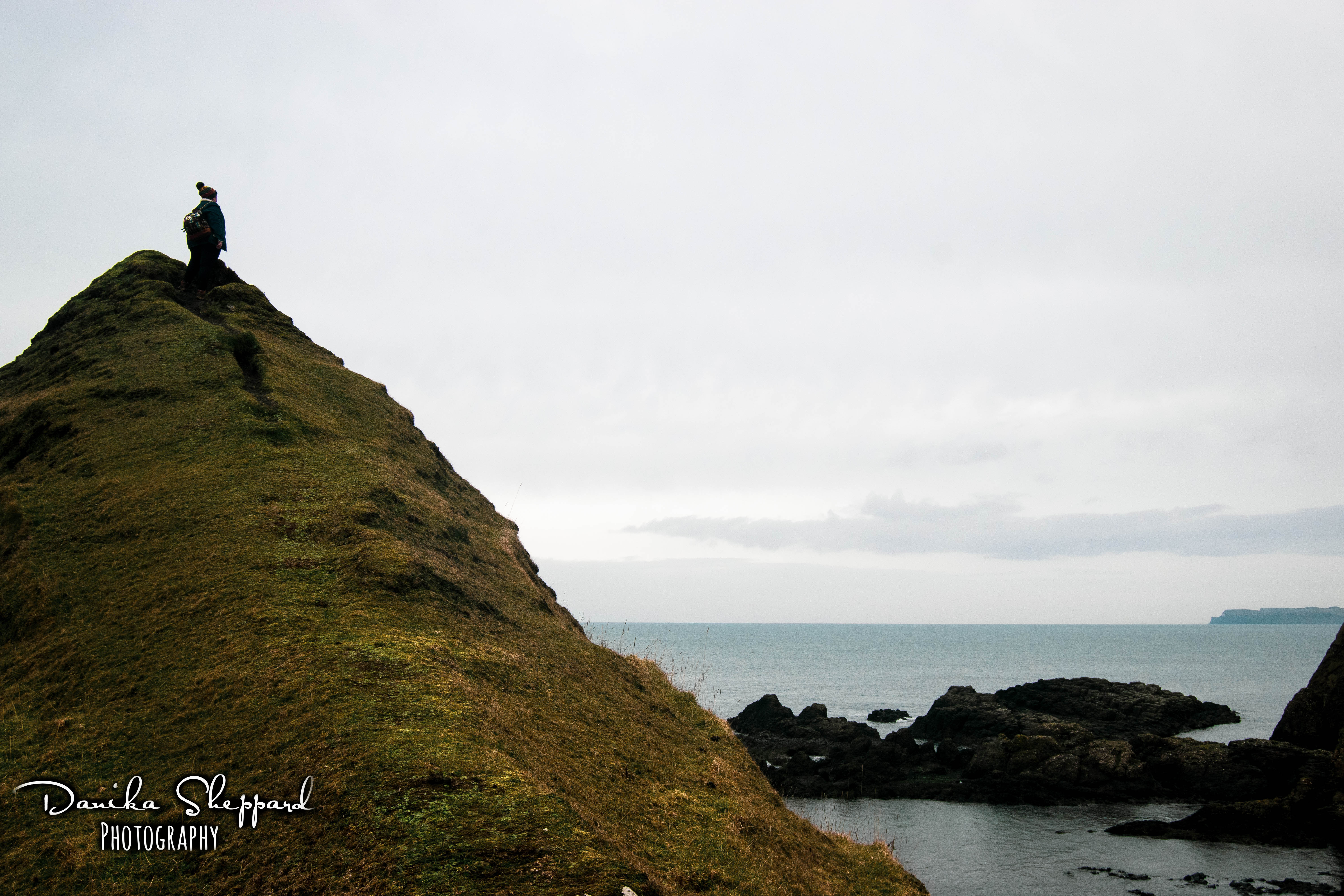 One of my favourite parts of the Causeway Coastal Route is the area of the coast that runs between Portrush and Ballintoy Harbour. There are some absolute gems along this part of the coast that cannot be seen from the drive itself, so it is well worth parking up and going for a little ramble off the beaten track. This is part of the Ulster Way and this section is noted as a 33mile route from Portstewart to Ballycastle and although the section I am focusing on is slightly shorter it would still take a full day to hike for the experienced hiker.

I personally am not an avid hiker and have never completed this full route myself by foot (yet). I prefer to do little sections of this route on separate days, driving to each starting point, and I would recommend you do the same, but I will take you through the full route. The terrain is made up of a mixture of footpaths, beaches and rock so definitely wear your walking boots and if you feel necessary bring some walking sticks too.

Beginning just before Magheracross car park before Dunluce Castle there are two beautiful hidden gems, the Giant’s Face and the Wishing Arch. In order to find these North Coast gems requires leaving the footpath at the large lay by and climbing over the crash barrier, making your way down the grassy cliff edge.

The trodden path can be quite slippy and mucky at times due to our lovely wet weather and its popularity with landscape photographers, so if you decide to visit these areas take care and use walking aids if necessary, to steady yourself. The view is utterly breathtaking and not one you can see from the road or even Magheracross car park itself, so it is well worth taking the time to have a little adventure in this area.

Continuing either by foot or by car, depending on your abilities and how much of this route you wish to walk, next is the beautiful view of the nearby Dunluce Castle. The ruins of Dunluce Castle sit upon the dramatic cliffs of our north coast and make a stunningly beautiful scene. Excellent views of the castle can be seen by exploring below it, climbing down the steps and across the rocky coastline or likewise great views can be seen above from the footpath following the route with Portrush and Donegal hills in the distance behind the ruins.

Continuing the route by foot will take you through the village of Portballintrae past the tiny picturesque harbour and on to Runkerry beach. Running behind the sand dunes are the old tram lines which you can follow to continue the route to the Giant’s Causeway. I have enjoyed some beautiful sunsets at Runkerry beach and have many fond memories of this North Coast location.

2. The Giant’s Causeway to Dunseverick

The Giant’s Causeway is a massive North Coast tourist attraction that everybody knows about but again following this route will take you to areas less explored. This section of the route is quite a trek in its own right and could be conquered on its own for the less avid hiker. Approaching from the west following the Ulster Way route you will be taken along the rugged coastline and see some magnificent views. The first cove after Runkerry Point before the Causeway is the hidden Leckilroy Cove also known as Port Coon. Port Coon is a spectacular hidden gem with an old stone jetty, large rock stack and two hidden caves, a fantastic photographic spot, especially for those long exposure shots.

Continuing along the route will take you past Portnaboe and along what’s often referred to as the “high road” of the Giant’s Causeway, taking you past Port Granny with a view of the Causeway from above. I often like to take the “high road” route during golden hour in the evening, the rocky structures of the Amphitheatre and Port Granny look even more beautiful when bathed in golden light.

The trek along the high road from the Giant’s Causeway to Dunseverick is a mixture of stoney paths, large steps and paths made from trodden down grass with a few steep inclines scattered here and there, it is not just a gentle dander. The pathways can become quite narrow at times and the edges are lined with lots of plant life from ferns and flowers, but also large brambles and thistles so take care with those bare arms and legs and watch out for hogweed!

The views along this route are out of this world. You will be taken above the Giant’s Organ, above the chimney-like rock stacks, around the Amphitheatre, past the site of the Girona shipwreck, out to the end of Benbane Head for spectacular views. My favourite points to stop and admire the view are the points known as Hamilton’s seat and Port Moon.

Continuing from Port Moon towards Dunseverick the views right across to Ballintoy are breathtaking, the numerous little rocky islands dotted across the sea make for a picture-perfect postcard for somewhere much more tropical than little Northern Ireland.

Following on round the coastal route will bring you to Dunseverick castle ruins. After the ruins, continuing east along the grassy path, the spectacular coastal views continue with more views of the rocky islands dotted below. Nearby, you will reach Dunseverick waterfall which flows right down into the sea, a beautiful North Coast spot to admire!

Following the coastal grassy path will lead you to the area of Portbradden with a little pebble beach, grassy peaks and hidden caves. The pathway will include some slippy steep rock inclines so take care as you continue towards the natural sea arch known as “The Eye” and on to White Park Bay.

The Eye beautifully frames the headland of Benbane as you look back on yourself and makes for a great photo opportunity.

Past the old salmon fishery and the few secluded houses, you will see White Park Bay nearby, access from this point may be tide dependant and will involve climbing over a few large rocks for a short distance.

White Park Bay is 3 miles of golden sand and is a National Trust site, but access is free all year round. The beach performed well at the recent 2018 WalkNI awards winning “Favourite place to walk on the Causeway Coast” and “Favourite Nature Reserve”. White Park Bay is teeming with wildlife in the dunes you may spot many butterflies and wildflower and perhaps you may even meet some cows on the beach!

The herd of cows on White Park Bay are conservation cattle, they keep the grass short to make it easier for chough birds to access insects in short grass and the soil beneath. White Park Bay is also home to many fossils so keep your eye out!

The end of White Park Bay beach will lead you on to Ballintoy harbour. Before reaching the harbour, itself you will pass by a small shingle/sand beach with a small sea arch and a large rock shaped like an elephant, another fantastic North Coast photo opportunity and a great spot to enjoy the sunset, especially in early September. 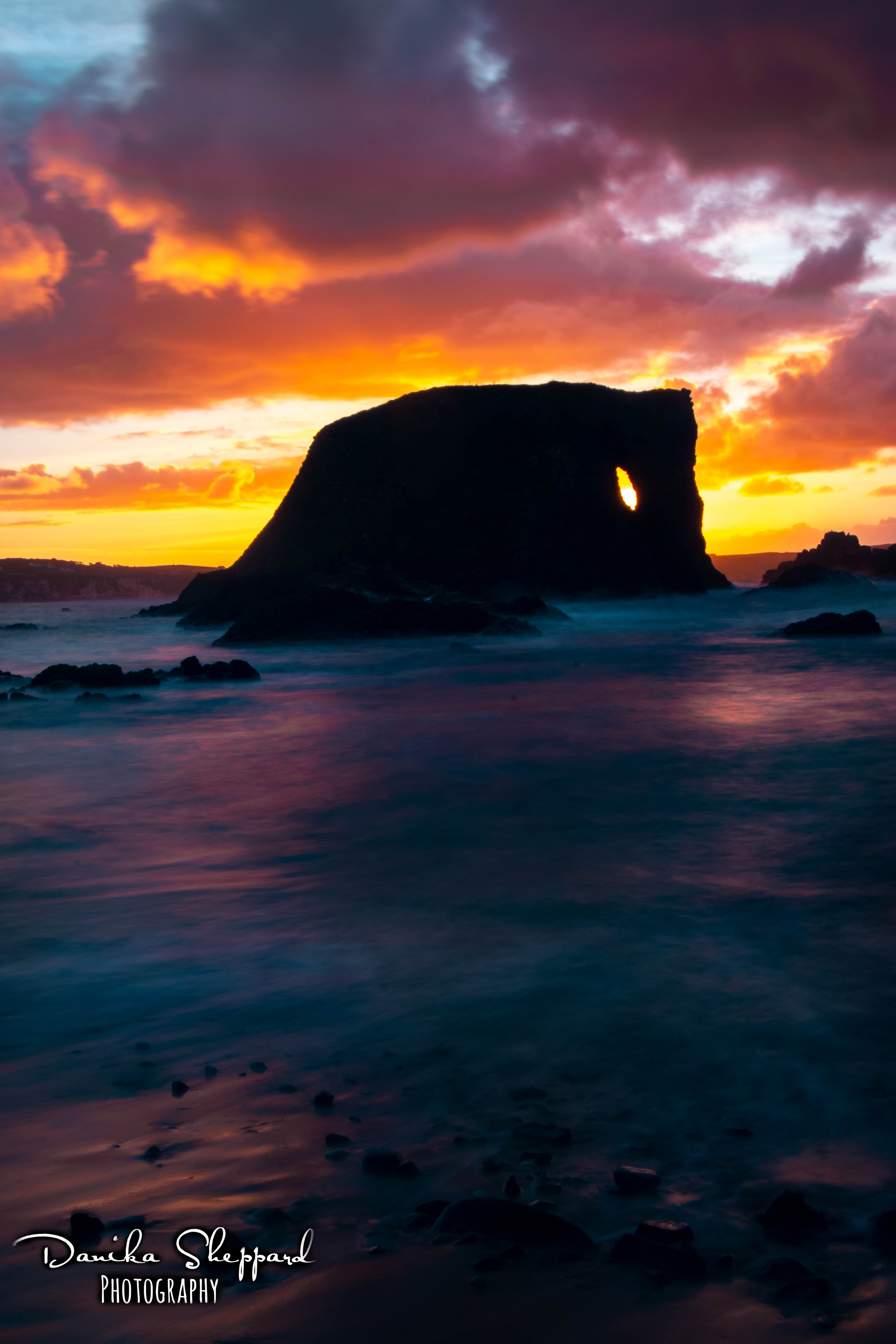 The route will then lead you to the picturesque Ballintoy harbour which is where my route ends. Ballintoy harbour is a fabulous spot to enjoy both on a hot sunny day or stormy winter’s day watching the huge swells crash against the harbour wall. Hopefully my little write up has given you some new places to explore along the Causeway Coastal Route you hadn’t thought about before.