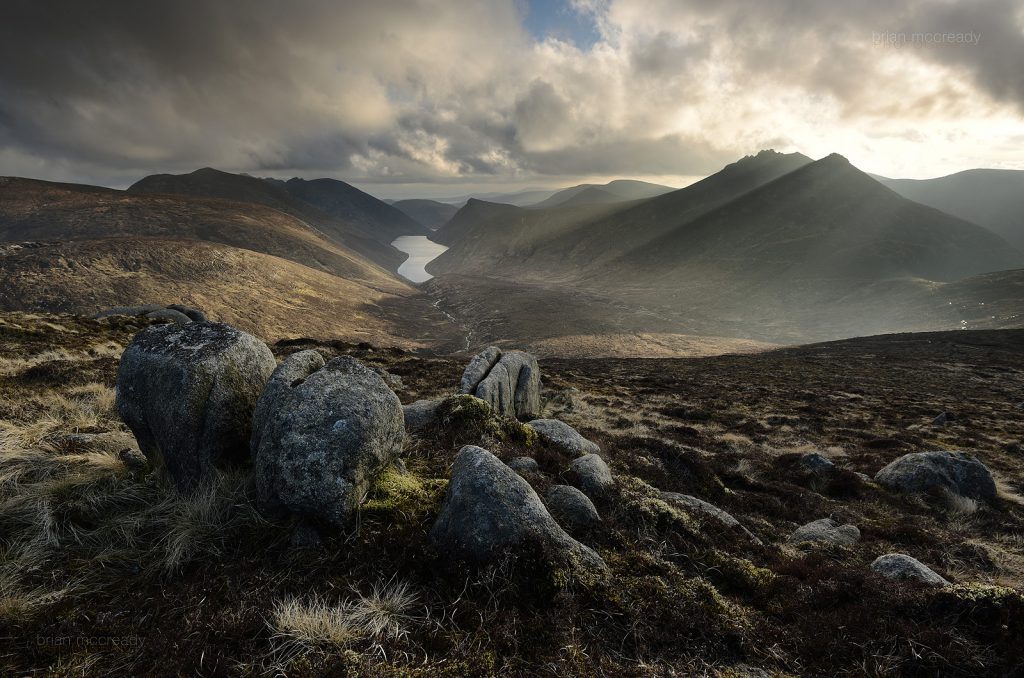 Each month, we showcase a Northern Ireland-based landscape photographer and go behind the scenes to find out what makes their photography click. So for this month, let’s hear from Brian McCready of Brian McCready Landscapes.

Brian, tell me a bit about yourself…

I live in Banbridge, with my wife Linda (25 year wedding anniversary coming up soon), and three sons. I’ve worked for Praxis Care ( a charity providing care and support to people with learning disabilities, or experiencing mental ill health) for over 20 years. 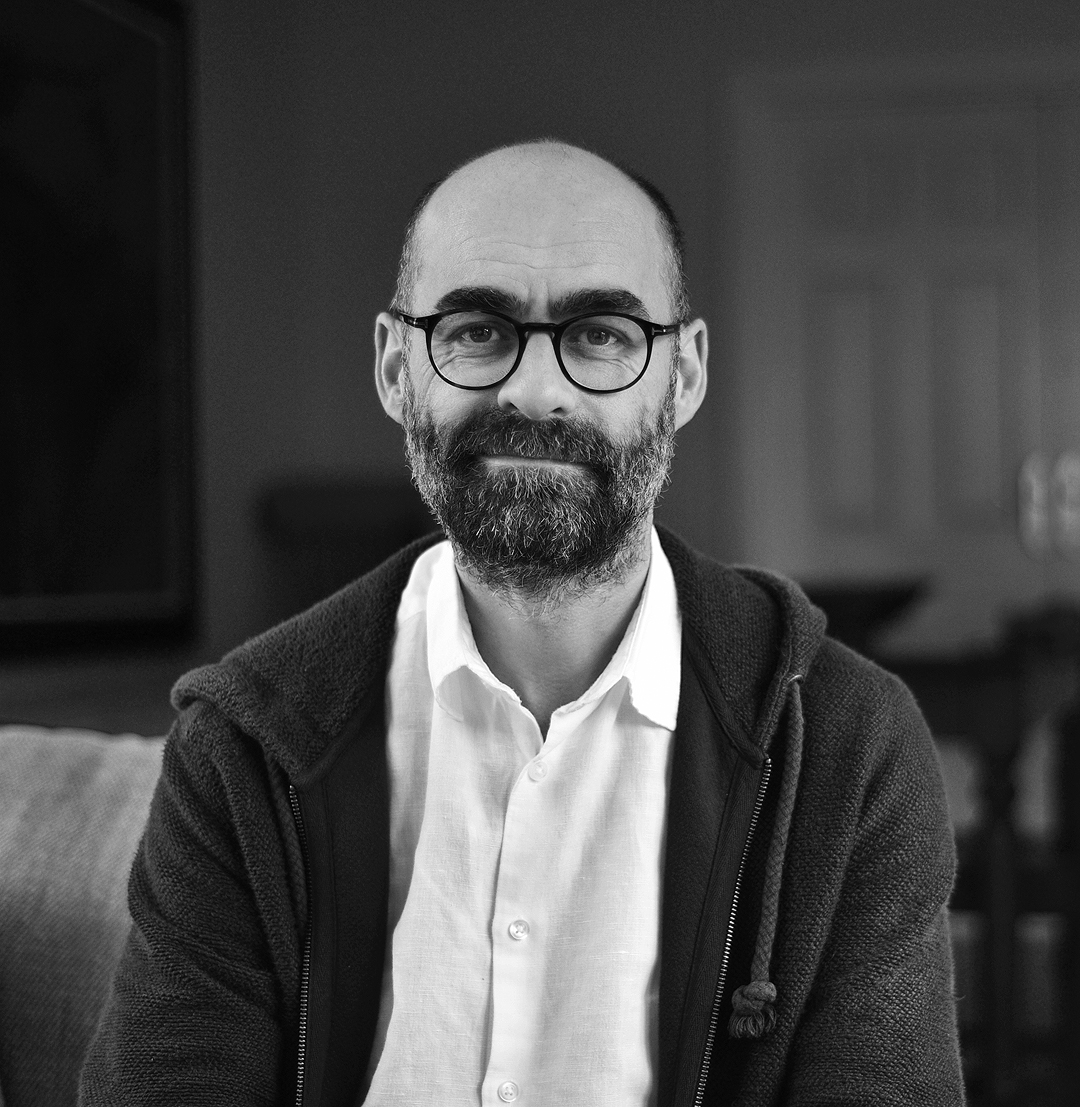 Where did you grow up?

I was born and grew up in Banbridge. Apart from a year in working and travelling in Australia, and a few years working in Leicester, it’s where I’ve always lived.

How did you get into photography?

I’ve had a camera of some sort or other from my teenage years which I just used to record memories for posterity; either family occasions, or trips, etc. When I was twenty I travelled around Australia for a year and I took loads of photos of the places I visited, not only to remind myself of where I’d been, but also to show my family when I returned home. I think I came back with about eighty rolls of film to be developed! That was probably the beginning of my interest in photography.

At different stages in my life I’ve been interested in different things. When my twin boys were born I photographed them continually, to the point now where I think they’d rather stab themselves in the eye with a rusty nail rather than pose to let me take a photograph of them. When they joined a couple of football teams in their teens, I spent every Saturday morning following them around the country photographing their teams’ exploits. Once that phase ended, there was suddenly a void every Saturday morning. It was around then, with new-found time on my hands, that my interest in walking in the Mournes was re-ignited, and I naturally took my camera along with me.

Is it your full-time gig?

Definitely not; if it wasn’t for my interest in walking the Mournes, I don’t think I’d have any real interest in photography. It’s very much an integral part of my trips to the mountains. However, it’s a part that has also brought some enjoyment to others. I began putting my photos on a number of social media sites, and received a bit of positive feedback, and since then I’ve submitted some to a number of magazines and competitions, with mixed success. A couple of years ago I was invited to sell some of my prints at Painted Earth in Newcastle, and more recently at Meelmore Lodge at Trassey. So, at least it’s a hobby that goes some way to paying for itself (well, that’s what I tell my wife)!

Would you say you have any influences?

That’s a difficult one. As my only real photographic interest is the Mournes, I’m always interested in how other photographers interpret their own experience of those mountains. Any photo that makes me pause for a moment to consider where the person was when they took it, how they got that particular angle, or to wonder how they captured such an atmospheric image is one that will influence me.

In the early 90’s I bought a book from Eason’s called ‘This Northern Land’. The words were by Alf McCreary and the photographs of the Northern Ireland landscape were by Christopher Hill. When I first began photographing the Mournes I remember going back to this book to look at Christopher’s compositions and use of light and patterns.

What was your first camera, and what do you use now?

I can’t actually remember, but it was a Minolta. I had to do a bit of a Google search to see if I could find it. Going by the images thrown up by Google it looks like it might have been a Minolta Pocket Autopak from the early 80s. My first digital camera was a Nikon D80 which I used for about nine years until it finally gave up the ghost. I replaced it with a Nikon D750 about three years ago, and that’s what I’m still using. I’m not one updating models on a regular basis, so as long as this one keeps working I’ll keep using it.

What software would you recommend for editing?

Photoshop is what I use for things like straightening my horizons, sharpening, cropping, and adjusting contrast, etc; but I’m not a great one for editing. Not because of any artistic or philosophical reasons; more because I’m not very good at it. So I tend to do as much ‘in camera’ as I can, such as using ND Grad filters to help me balance exposure, rather than doing this as part of the editing process which a lot of people are now doing.

What are you working on at the minute?

I’ve not working on anything specific; just hoping to get into the Mournes in 2019 as much as I’ve been able to do for the past couple of years.

What do you enjoy most about photographing in the mountains?

I’m very definitely an introvert, so when I go to the Mournes I usually go alone, and for me this gives a sense of freedom and a feeling of control. I think photographing the mountains is just an extension of this. I can control what to record and how to record it, and in some way I’m capturing that freedom (if that’s not a contradiction) to enable me to access the feeling of it again by looking at my pictures whenever I choose.

Give us your “golden rule” for photographing the great outdoors!

The number of times I’ve had the opportunity to go to the Mournes, and for some reason or another (usually laziness) I’ve stayed at home. Later in the day I’ll look out the window and realise I’ve missed the most wonderful conditions, and instantly regret my earlier decision. So my golden rule would probably be ‘go while you have the chance’. Thinking about going is the hardest bit, especially at stupid o’clock in the morning when you’re trying to convince yourself to get out of bed in time to be on a mountain top for sunrise, but generally the rewards are worth it. Even if you don’t come back with a decent photograph, the sense of enjoyment at just being in the mountains is worth the effort.