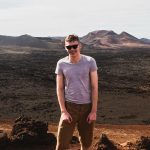 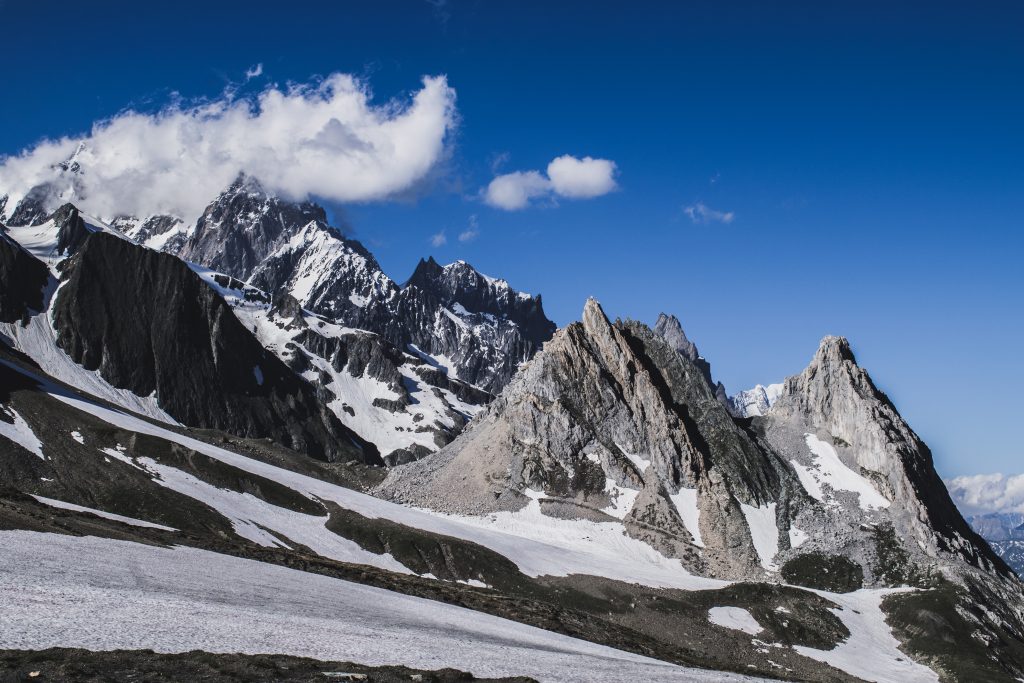 In October 2017 , after finishing secondary school in June, myself and two friends began discussing ideas for hikes further afield than just the UK. So, brainstorming ideas, we brought the options down to Norway or France. With us being students, and the knowledge that Norway was very expensive, we opted for France – coming to the final decision while on Buzzards Roost on the northern slopes of Slieve Binnian. And that was that – the decision was made. One of the other members of our party decided upon the Tour Du Mont Blanc, which weaves its way around the Mont Blanc Massif, crossing three international borders and several mountain cols.

READ: Billy Austin: an artist shaped by the Mournes 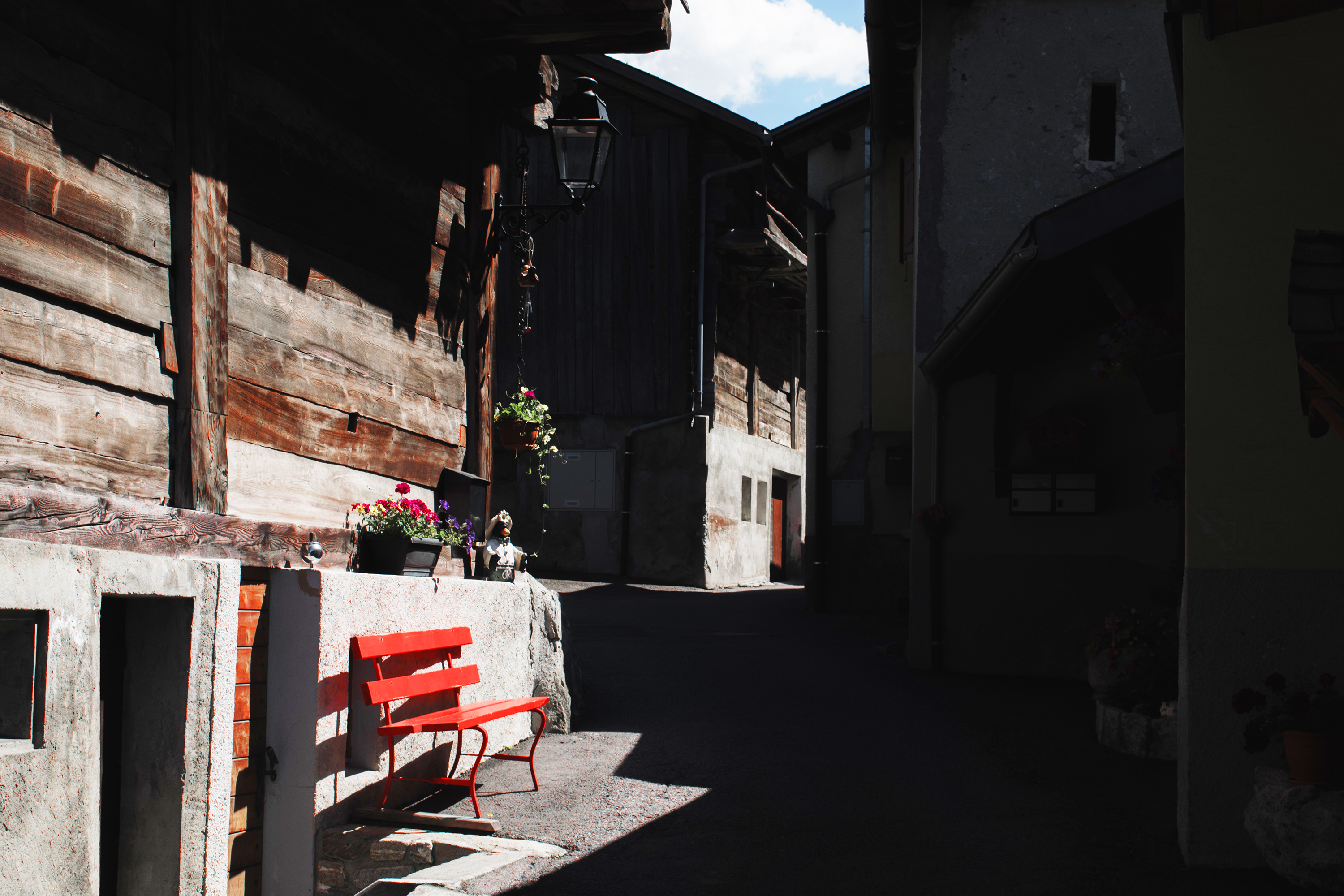 Between the months of October 2017 and June 2018, the clock was running in getting myself prepared for the TMB, both mentally and physically. This would be my first time leaving the British Isles, and what a way to start a life of travelling (hopefully). An additional member was added to the group, bringing the number up to four. I decided that it would also be a good idea to raise money for the Royal Society for the Protection of Birds – specifically my local reserve, Portmore Lough. So, with their permission, I set up a JustGiving account, and set it live in the late Autumn. Training continued through the winter, with climbs of Doan, Bearnagh, and Meelmore. By May, I had been up the Mournes half a dozen times, and had been preparing myself in the gym. After my course in tech finished at the start of June, myself and another member of the group took ourselves to the edge of the Annalong Forest to camp – my first camping trip in the Mournes. Only a week before jetting off to Geneva, we undertook this gruelling hike – the weather was stifling, water levels were low, and our bags were extremely heavy. The hardest trek I’ve ever done in the Mournes, which battered my confidence and put a great amount of apprehension into me in regards to the TMB. However, it was too late now – the flights were booked, we were going.

On the 18th June 2018, we left an evening Aldergrove and landed in London Gatwick Airport under darkening skies. After a very sleepless night, we woke early for the flight to Geneva. After this flight, from which I got my first view of the mountains, we took the bus into the Alps and, about 18 hours after leaving Lisburn, we arrived in Les Houches. After an evening of gathering supplies, we planned for our first day hiking in a hostel, and lay down to bed, prepared. We woke at 7, and left Les Houches by 10. It didn’t take long, however, to realise – the going would be tough. The climb out of the village took three hours, climbing 700m to the first Col. However, with heavy bags and 35 degree heat, it felt twice that height. Upon reaching the top, we regained our composure and ate lunch, and began marching towards Les Contamines, unaware of how little progress we had made. To cut a long story short, we ended up at the camp just as night began to fall at 10pm. Hungry, tired, and regretful, we frantically asked around for help. A supposedly 6-hour hike had taken us nearly 12 hours. The first day was said to be easy, breaking you into the TMB. It was, by far, the hardest day I’d ever hiked in my life. A long-drawn out day. Concerned, we went to sleep that evening. 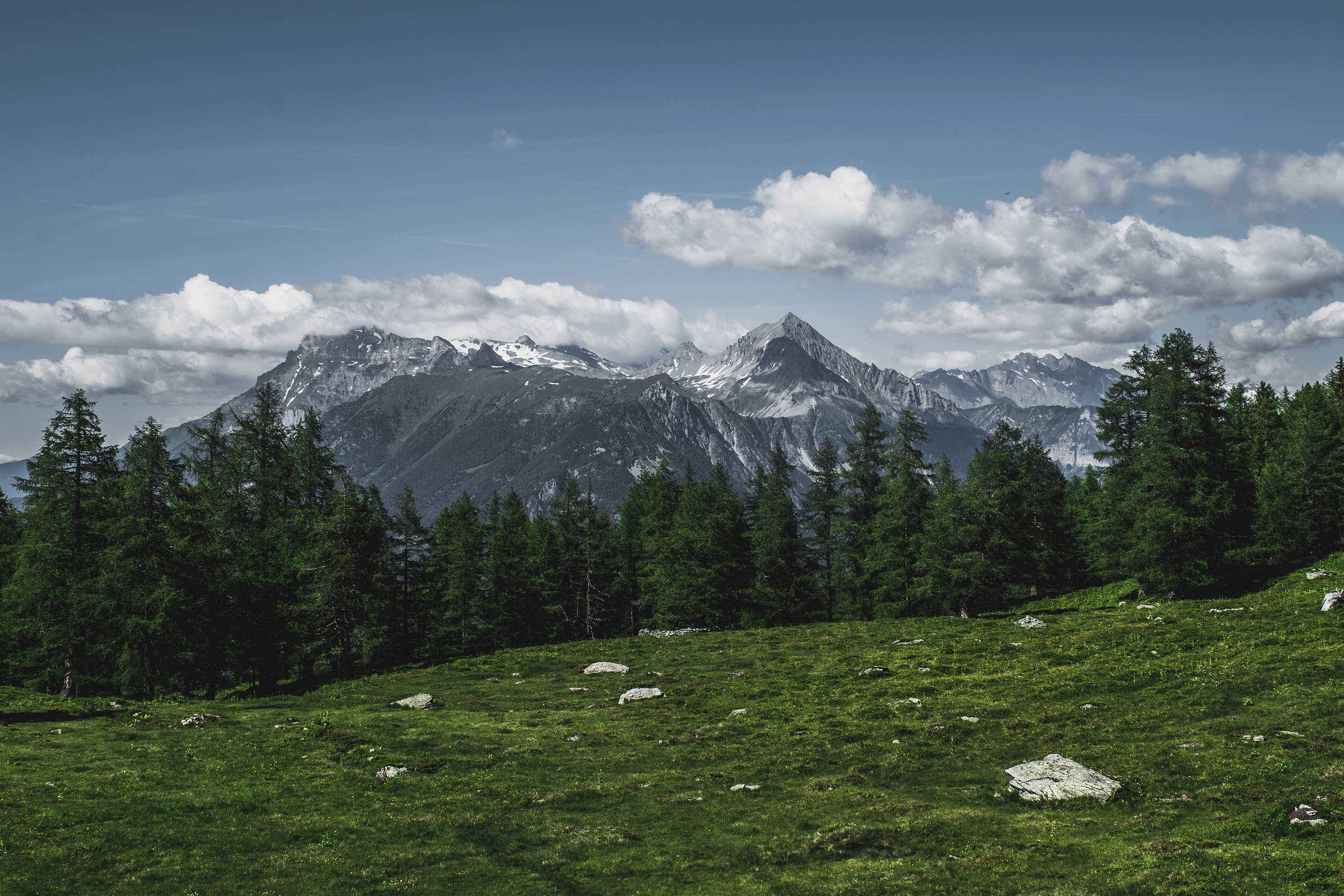 After a restless night, we woke at 6am. However, we discussed between ourselves whether we should carry on to the next camp or get a bus. I will admit, I fancied the bus, but we walked on. After another tough climb out of the trees, we emerged at the bottom of a great valley. The sun was out, but with a higher altitude, the air was cooler and, for the first time since setting off, smiles returned. We marched on to lunch, making good time. Before stopping at Col De La Croix, we carried on up the valley, through snow-covered faces, to Col Du Bonhomme, one of the highest cols on the tour, an altitude of 2330m. We climbed a further 1.1 miles and climbed another 100m before reaching our nightly stop, Cross shelter Bonhomme. Arriving in good time, we found ourselves sleeping at twice the height of Ben Nevis, and three times the height of Slieve Donard.

The third day brought high spirits and good progress. Doing a day-and-a-half worth of trekking in the day, we crossed the Italian border that evening to a view I’ll never forget. Two peaks to the left of the scene, with Mont Blanc itself towering behind made the vantage the most beautiful place I’ve ever been. The sun, low in the sky, the air cool, Col de Seigne proved to be an incredible end to a fantastic day. Being half a day ahead, we slept in Refuge Elizabetta, and made our way into the town of Courmayeur, with a little help from a bus. We arrived in Courmayeur a day ahead, essentially, and we camped up the valley in a town called Plampincieux. This was a real highlight as spirits were, once again, high, and camping was easy. We vowed to use the following day to get further ahead of ourselves. And, by God, we did. Marching on, we reached the Swiss border by lunch time, climbing to Grand Col Ferret. A long, hot climb, but we made it in good time. However, for the first time on the TMB, I had to put a coat on due to the cold. The scene was stunning, and we took it in for about 20 minutes, before descending into a cloudy Switzerland. 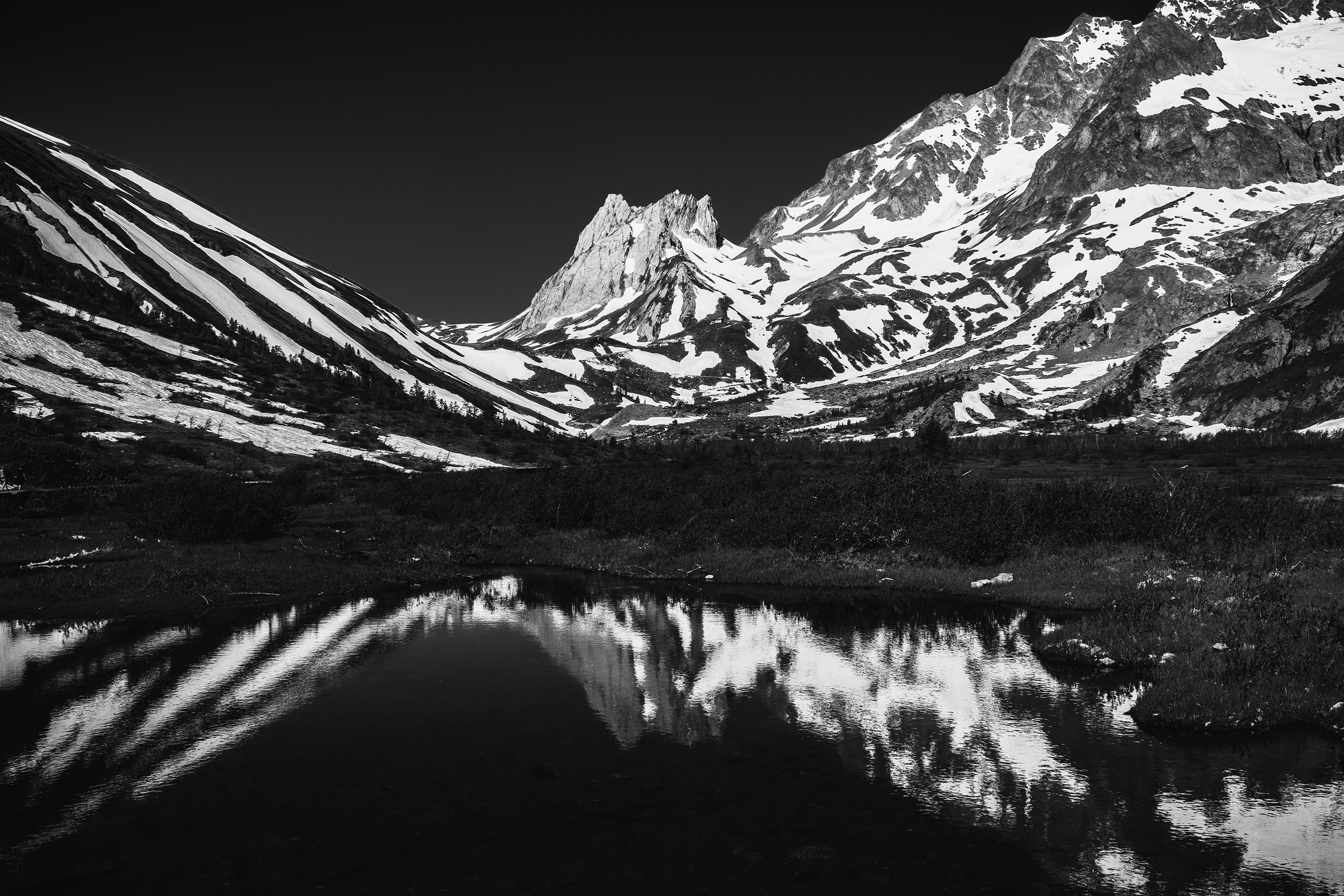 Waking up after an excruciatingly cold night, we trekked on in what was the hottest day. Being constantly at the bottom of a valley on this day meant that we were at the full mercy of the sun. An uneventful day, we passed through the towns of Praz-de-Fort, Les Arlaches, and Issert, before a hot, harsh climb to Champex-Lac. Another uneventful night camping, we woke the next day to find another hot day. We marched out of Champex just after breakfast, and climbed through the forests to Alp Bovine, one of the smallest peaks of the Mont Blanc Massif. Before reaching lunch, we made a turn from facing northwest to facing southwest, back towards Chamonix. We found, after this turn, that we felt like we were on the home straight. This kept spirits high for the rest of the day, arriving at Col De La Forclaz that evening in good time. The routine had been well rehearsed, however, this campsite was different. There were no trees obstructing our view, and the hostel next to the campsite flew a Swiss flag in front of the beautiful Swiss landscape. Nestled between Pointe Ronde, and Mont de l’Arpille, the campsite was well sheltered and that night of sleeping was easy. 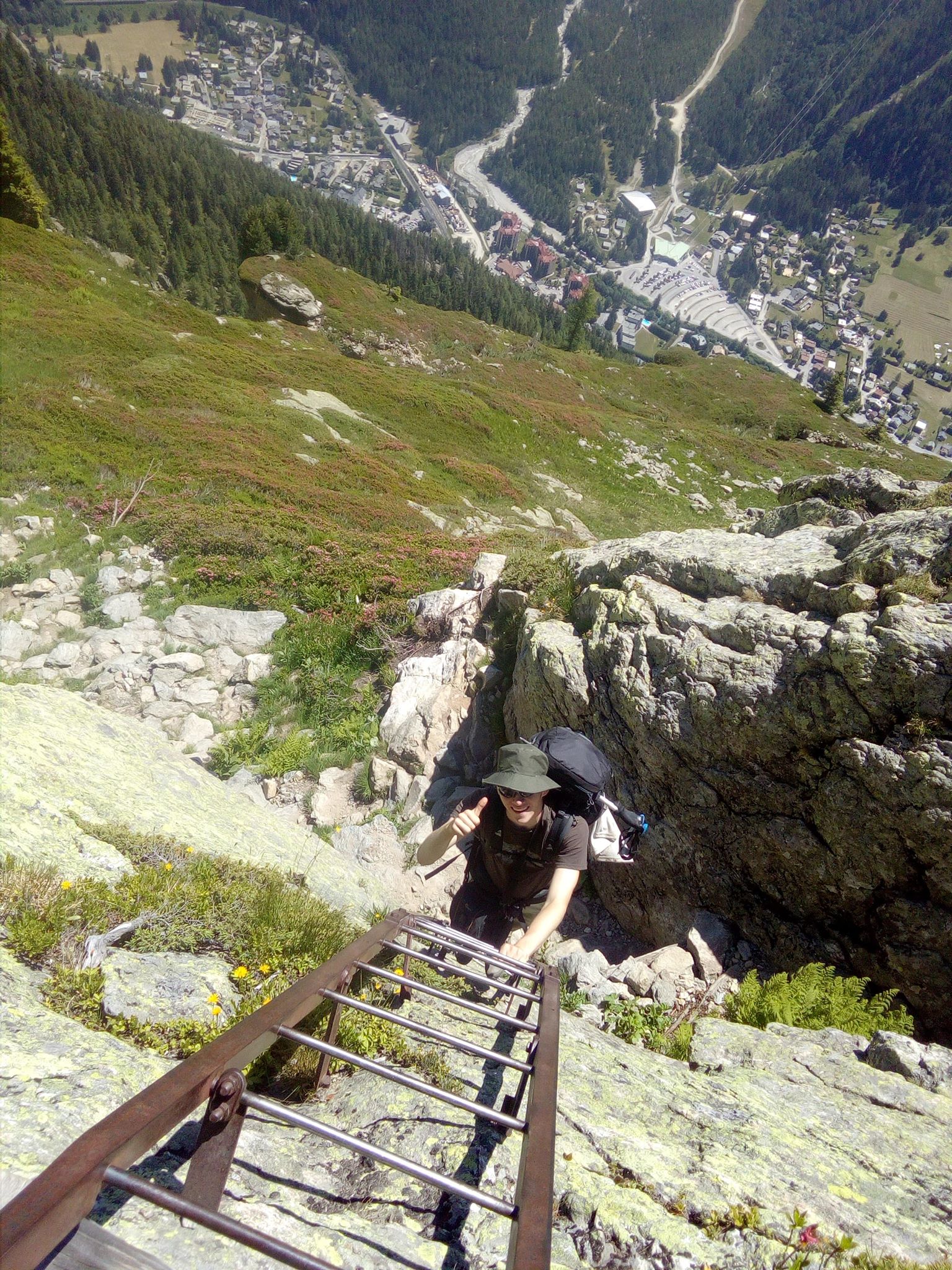 We woke, and carried out or morning duties – breakfast, taking the tent down, packing the bag, and leaving by 8am. We were well used to this routine, and walking no longer seemed daunting. We just set off. Only an hour after leaving, we hiked through the small town of Trient, over which, two Swiss Air Force F-18’s fly through the valley. A fitting way to say farewell to Switzerland. Continuing through the morning, the walk through the forests was difficult to say the least. Hot, sweaty, and, quite frankly, unpleasant. However, we exited the forest and made our way to our last col of the walk – Col de Balme. Another stunning view over the Chamonix Valley greeted us. Under a completely blue sky, Mont Blanc towered over the town. After napping at the col for an hour, we made our way down the ski slope. I’ve never been skiing before, but seeing a ski slope without the snow was strange. However, after a quick pit stop in the ski resort on the way down, we arrived in Montroc early that evening. As we had arrived in the most built up area of the walk, the campsite was luxurious compared to others we had been staying in – a communal room, a basketball court, and a delicious dinner of mussels and French Fries. We went to sleep that evening content and excited about what the final day had in store.

The next morning, we woke to another beautiful day. Our morning routine, again, went into full swing, and we made for the mountains once again. I was rather excited about this day as we could see the setting for the Golden Eagle scene in the ‘Mountains’ episode of Planet Earth 2, just across the valley. We walked on along the side of the mountains, towards the ladders, which I dreaded. Ladders up the side of cliffs with sheer drops below. However, over the two or three sets of ladders, I succeeded and carried on, triumphant. Views across the Chamonix Valley towards the most famous glacier in the Alps, Mer de Glace, were outstanding. We had lunch and, two hours later, reached our ride home – the La Flégère Cable Car. We reached Chamonix mid afternoon and made our way to the nearest McDonalds, underlining the Tour Du Mont Blanc. Done. 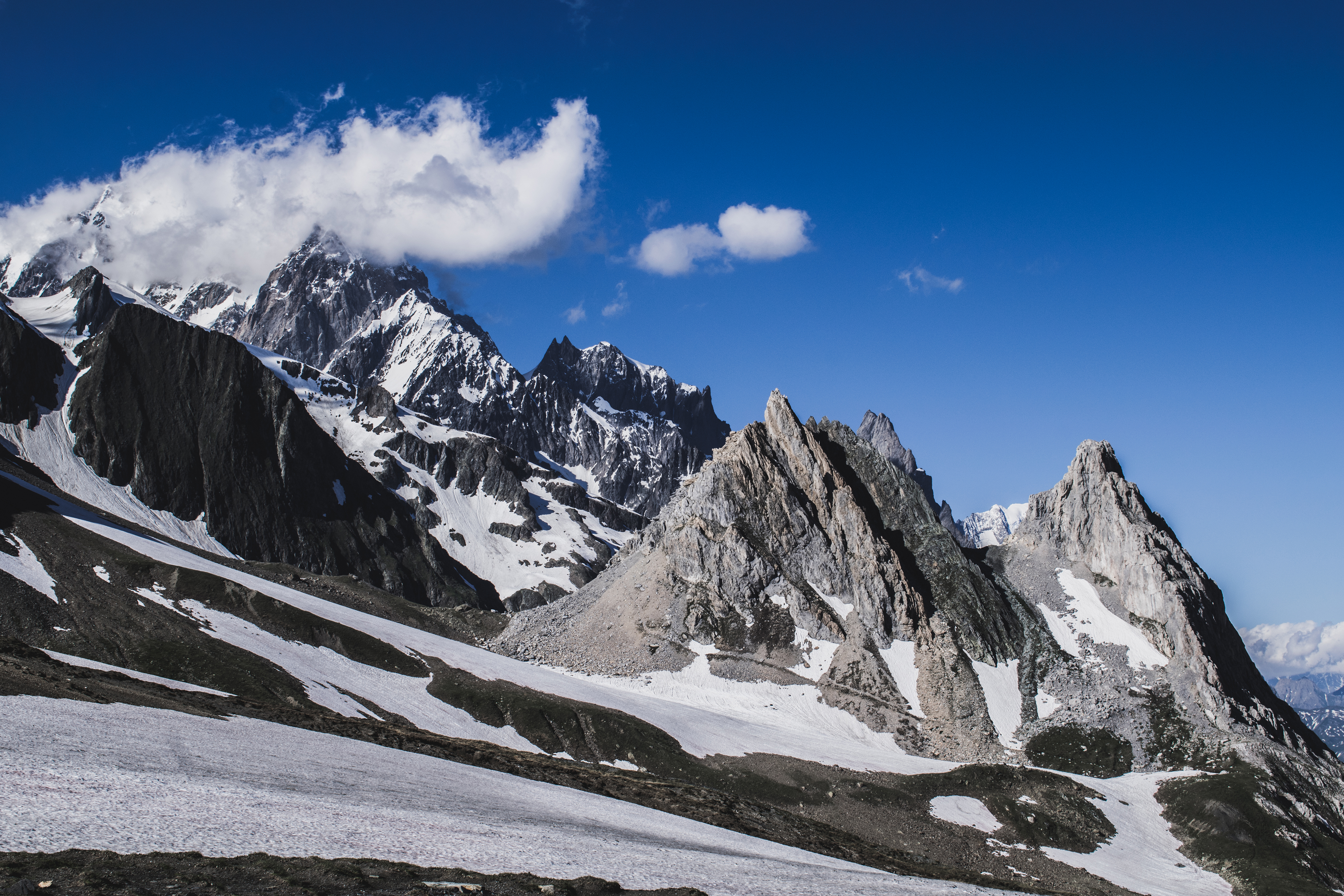 I know it’s cliché to say, but I did learn a lot about myself on the tour. A determined side that I had never seen before came out in me – inspired by the landscape? Maybe. A physical strength in myself, again, something I have never experienced, showed itself as something I have. The entire setting was incredible, the landscapes, breathtaking. Anyone considering a long distance trek, I cannot recommend the Tour Du Mont Blanc enough.

21 year old hiker/photographer from Upper Ballinderry, just outside Lisburn. I thoroughly enjoy the outdoors and vast landscapes that dwarf myself. My favourite pasttimes give me a great sense of the environments around me, and have made me a more observant in general.