Doan: Panoramic Prince of the Kingdom 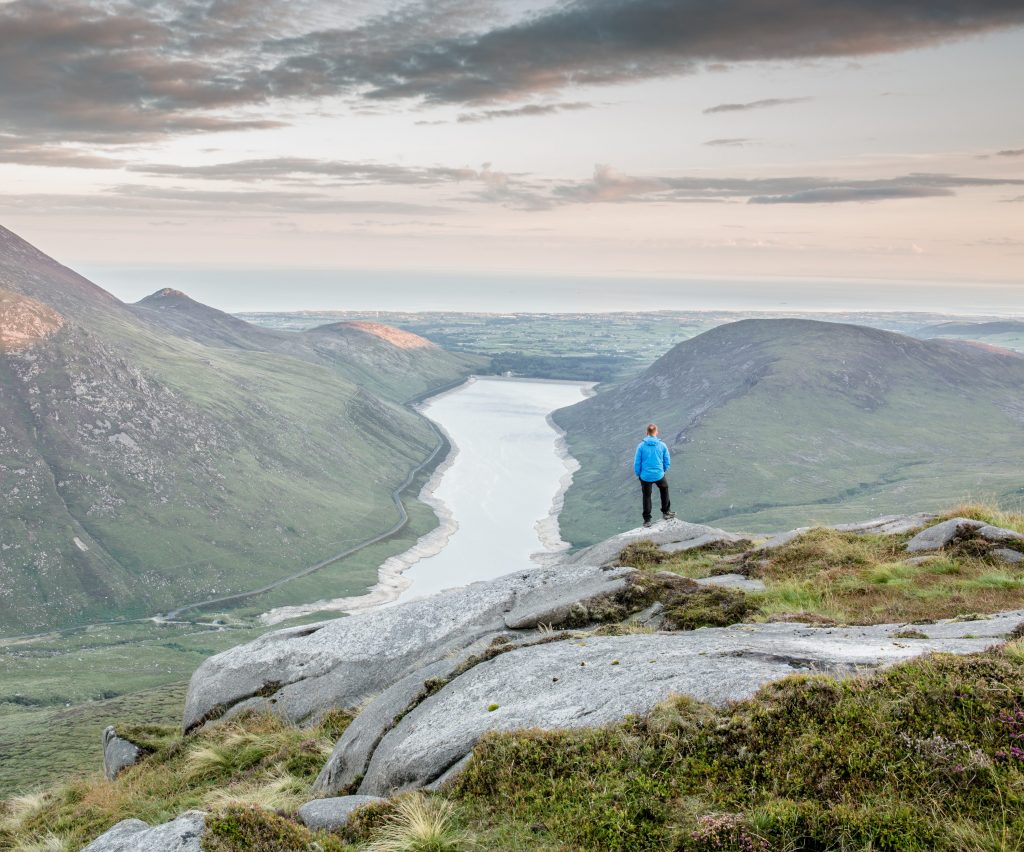 Barista Bar is passionate about delivering great tasting coffee and convenience when you’re on the go, available from over 395 Spar/Eurospar/ Vivo/VivoXtra stores across NI.

[Apologies in advance for some of the poor-quality iPhone 5 photos in this Doan post – you’ll know which ones I’m talking about!]

In the south-east of Northern Ireland, a collection of kings are gathered regally next to the Irish Sea, rising high above coastal towns and fields, touching the clouds.

Ruled over by the towering Slieve Donard, the Mourne Mountains are a small but mighty range of breathtaking vistas, jagged tors and sloping hills of polychromatic vegetation, a Kingdom of solitude for the casual walker and adventure-seeker alike.

Sitting amongst the splendid summits is Slieve Doan. At 593 metres in height, Doan (or Dun Maol Chobha) is a relatively small mountain in comparison to the peaks that surround it on all sides, but it offers some of the best 360-degree views in the whole of the Mournes – if Donard is the King, Doan is most-assuredly the Prince of the Kingdom.

The best way to reach the summit of this fantastic little peak is from Ott car park on the Slievenaman Road between Spelga and Fofanny. There’s almost always an available parking space here, and it’s only 15 or so minutes from Kilkeel and Newcastle, and just over 20 minutes from Newry. It also serves as the starting point for the very short hike up Butter Mountain (500m).

Cross the road and hop over the stile to begin the walk up to the col between Slieve Loughshannagh (617m) on the left and Carn Mountain (585m) on the right – there are often plenty of sheep around here so be wary if bringing a canine companion along with you. You’ll also pass Ott Mountain (527m) on your right as you ascend the gentle slope on the stoney path before it becomes broken-up peat underfoot. Just continue towards the obvious saddle between the two mountains until you reach a larger stile crossing the Mourne Wall.

At this point, the craggy summit of Doan will rise into view. Seeing a mountain peak for the first time is always a bit of a thrill for me and Doan was no exception, despite being smaller than most. It looks spectacular when you first lay eyes on it.

READ: Hugh Annett: Why the Mournes are special to me

Cross the stile and begin the descent towards Lough Shannagh, which stretches out to your right in the shadow of Carn. You can of course choose at this point to bear left and ascend Slieve Loughshannah, or go right and traverse Carn. Either way, the views are great.

But if you’re sticking with Doan, follow the well-worn path down towards a veritable maze of peat that literally springs back under foot as you walk (sometimes this is a little disconcerting, though, and be careful to avoid potential hidden pools of mud if making the walk after heavy rain). Keep Lough Shannah on your right and the grassy expanse stretching towards Slieve Meelbeg, Meelmore and Bearnagh on your left. The pointed shelf summit of Slieve Ben Crom will be beyond Doan ahead of you.

The peat maze gives way to a rocky route up towards the summit of Doan. It’s not a difficult climb and doesn’t take very long, but always watch your footing when walking over rocks and boulders – a twisted ankle at this stage in the journey isn’t pleasant! 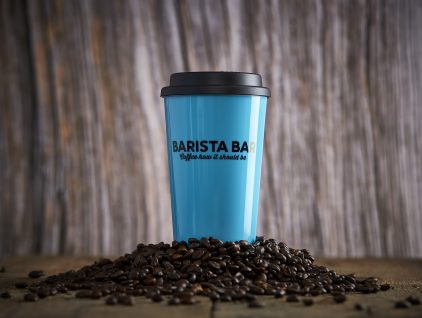 BARISTA BAR: Coffee as it should be.

Just prior to reaching the summit, you’ll come across a little ‘balcony’ overlooking your route up and Lough Shannagh a little to your left. I was mistakenly shooting for this point during my first time climbing Doan and was surprised to discover that the craggy face above it wasn’t just a little tor (Doan’s sneaky like that, you know).

The actual summit can be reached by going around the crags (though you can, of course, go straight over it if you’re that way inclined). The left-hand route is more difficult as you’ll have to clamber over rocks, and there’s a bit of a drop to your left; the right-hand route is easier and affords nice views of the Silent Valley in the distance.

Finally, you’ll find yourself on the summit of Doan, with a spectacular 360-degree panoramic view of the Mournes. Time for a cuppa using our little ThermoCafe flask (very handy for short hikes like this one).

For me, this is one of the absolute best places in the entire range to drink in these fantastic mountains: looking back on the way you’ve come (west), you’ll get more wonderful views of Lough Shannagh, as well as Slieve Loughshannagh, Carn and Slieve Muck; directly to the south, you’ll have that real postcard shot on the Silent Valley, flanked by Slievenaglough on the right and the enormous bulk of Slieve Binnian on the left, with the point of Wee Binnian and Moolieve just beyond; to the east, you’ll have some more of Binnian (there’s a lot of it), Lamagan, Cove, Beg, and just below you, Ben Crom; finally, to the north you can take in Meelbeg, Meelmore and Bearnagh in the foreground, as well as Slievenaglogh (the other one), Corragh, Commedagh and Donard.

It’s a pretty all-encompassing view really, and I haven’t included absolutely everything you can see from there.

During our most recent visit to Doan, we were fortunate enough to take in a glorious sunset. As I mentioned before, my terrible iPhone 5 photos really don’t do it justice, though Christine was able to capture it perfectly as usual. Doan is simply a landscape photographer’s dream – if you enjoy living life thru a lens (Robbie Williams, anyone?) then you need to get up Doan sometime.

The return journey is fairly straightforward – just follow the same route back from the summit all the way to Ott car park again, taking care descending and traversing the peat bog. If going for a sunset like we did, I’d advise bringing a head-torch (I recommend the Pathfinder) as you’re unlikely to make it all the way back before darkness falls.

Doan’s one of my faves. It’s a relatively-short hike from start to finish (you can reach the summit from the car park in about an hour, though I wouldn’t rush it) and the payoff at the top is of the highest calibre. I’ve aspirations to camp on the summit some night and enjoy what’s sure to be a stunning dawn, but that’ll be for another blog post – gotta spread my content out, you know?

Please get in touch if you’ve hiked Doan and share your experience!

The nice photos are by Christine McIlroy Photography.