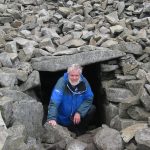 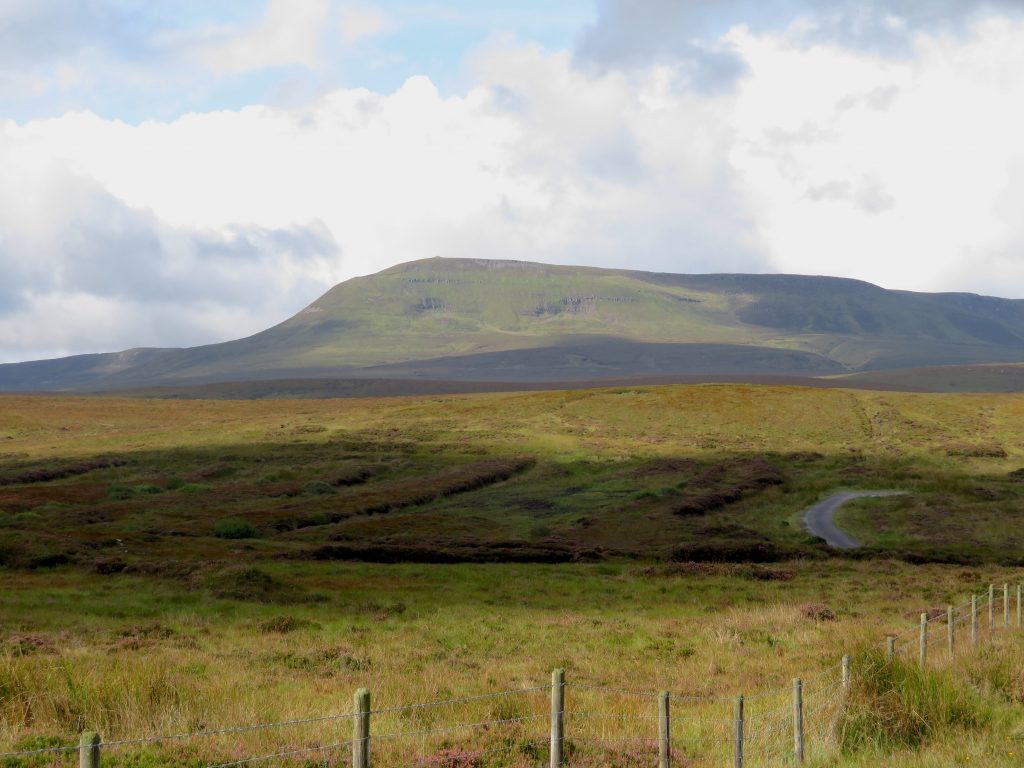 My favourite trek in the whole of Ireland has to be the first one I ever did – in fact, the first time I ever set foot in the island. It was April 1991, and I’d set myself the improbable task of walking from the northernmost point to the southernmost – from Malin Head to Cape Clear Island through the west of Ireland, in effect the Wild Atlantic Way before that was even a twinkle in a PR person’s eye.

Where I lived in Birmingham we had Irish neighbours who loved to roll back the carpet and cut a jig. They gave me a feeling for music, dancing, yarning, singing and the craic generally, and a curiosity about Ireland. When I set off from Malin Head that blustery spring day I knew sweet nothing about the country, but what I learned over the months of walking filled me with a love and respect for the place.

It turned out to be an 800-mile tramp that took about 6 months. The only maps you could get back then were half-inch to the mile. They looked as though they had been printed when de Valera was a boy, with contours as brown and impenetrable as bogwater, and symbols so small you couldn’t tell if it was houses or flyshit till you tried to brush them off. The maps were hopeless, baffling and infuriating, but they led me to some interesting places.

The state of Irish footpaths and rights of way might be bad now, but it was a lot worse then. Waymarking, where it existed, was haphazard. Few of the Waymarked Ways had been opened, though the Western Way and the Burren Way were ‘sort of’ in existence. There was no GPS, of course. I learned to stop worrying about wayfinding and to abandon myself to the snaking boreens with their flowery verges and central strips of green grass.

At house doors I got more cups of tea, slices of hot brack and road advice both reliable and laughable than you could shake a stick at. And I dived into pub life, whaling away with my two harmonicas (keys of G and D) at sessions, lowering far too much Guinness, going on afterwards to spend head-spinning nights at hospitable houses ‘out the road where we’ll get the proper music.’

Donegal and Sligo, Mayo and Galway, Clare and Limerick, Kerry and Cork. Hargadon’s Bar and the Nephin Beg track, fiddle music and the flowers of the Burren, marooned on Inishmaan in a gale, tramping the mountain road to Kenmare in a rainstorm. Limping off the ferry on to Cape Clear Island in September on another blustery day, with Roaringwater Bay living up to its name on all sides, I felt exhausted but deliriously happy. I wrote a book about the trek, The Road to Roaringwater, and I thought I’d got to know Ireland pretty well through the soles of my sore and blistered feet. But of course I had hardly begun. For one thing, I’d never yet set foot in the North.

Since then I have done dozens of walks north of the border, from Killeter Causeway out in west Tyrone to the Brandy Pad in the Mourne Mountains, from Laytown Strand to Eagle Rock overlooking Magilligan Point. I love the bog flowers, the nesting curlews, the great basalt cliffs and the knobbly backs of Slemish and Slieve Gullion. I couldn’t choose a favourite walk in Northern Ireland among them all. But the one that struck me most profoundly was a walk through South Armagh from Newry via Forkhill and Crossmaglen to Castleblaney across the border.

I did this trek in early winter 1994, a couple of months after an IRA ceasefire had been declared. I wanted to see what it was like for an Englishman to walk through South Armagh, that demonised and notorious region. And guess what? It was fine, and better than fine. The little drumlin hills and frosty country lanes, the lakelets and close grey skies were beautiful. I joined a session in the pub at Forkhill where a tenor sax player belted out traditional tunes with the best of them. I found Bronze Age burial mounds, Neolithic court tombs, sweathouses and old tumbledown castles.

‘Say who you are and what you’re up to,’ I was counselled. I did that, and no-one gave me grief. I chatted to the children at Crossmaglen primary school and discovered that I was the first Englishman they’d ever spoken to. Farmers, van drivers, women in shops, blokes in gateways wanted to bend my ear, but none of it angrily. I learned more during those few days on foot than I ever could have done in any other way. And thanks to those experiences I’ve been back, and back again.

READ: Mountains and Megaliths: Treading the Boards on Cuilcagh and Cavan Burren

Certain treks stand out, these two long ones in particular. But of course one’s favourite trek is always the latest one, the one that’s most vivid in the mind. So today I’ll nominate Cuilcagh Mountain from Gortalughany Viewpoint, high at the end of a mountain road in south Fermanagh – three miles of juicy bog-hopping and a crazy 45° scramble up to the summit cairn for a mind-bending view of a hundred miles of bog and mountain, field and forest in every direction. Then return whence you came.

It wasn’t till we’d got back to remote Gortalughany, towards a cold and rainy nightfall, that we discovered we’d lost the keys to our hire car, in which every one of our possessions was locked. Some archaeologist will dig them out of Cuilcagh’s bogland, some day. And that’ll make another tale.