Benaughlin: in the shadows of Cuilcagh 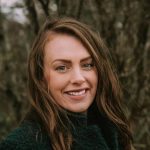 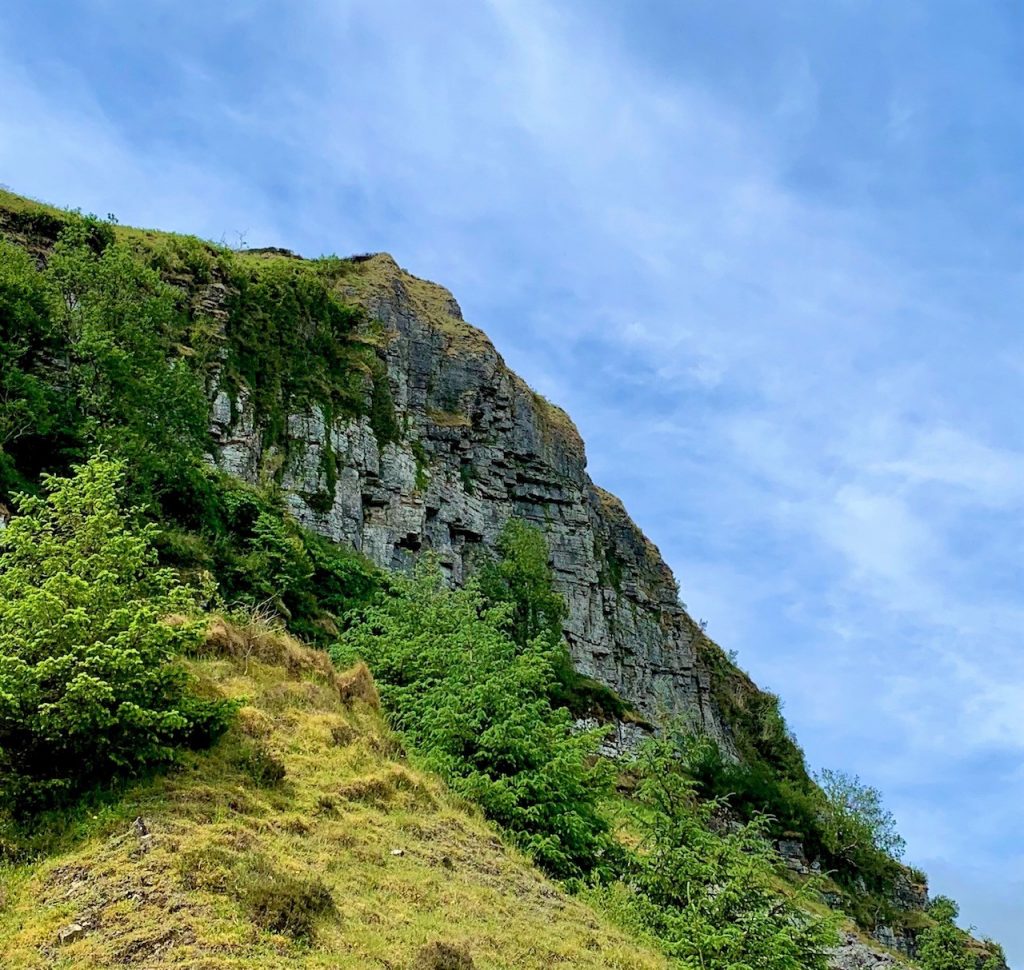 Ask most people about walking in Fermanagh and they’ll mention Cuilcagh Boardwalk or as the insta world has dubbed it ‘the stairway to heaven’. Rarely will you hear Benaughlin talked about – lying just to the east of Cuilcagh, within the Cuilcagh Mountain range it’s smaller than its sister reaching only 373m. 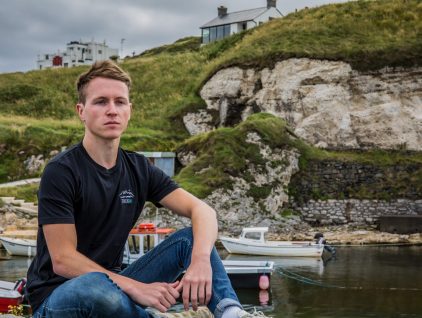 SHOP: T-shirts made from 100% organic cotton

Its name Benaughlin is derived from Irish Binn Eachlabrhra meaning ‘peak of the speaking horse’, and folklore has it that on Bilberry Sunday (the last Sunday of July) a large white horse would appear on the side of the mountain to speak forewarnings to people. Up until recently, it was said there was a large white outline of a horse carved in stone on the hillside.

It’s not an arduous all day trek but it does take a decent amount of effort and you’ll be walking for two hours or more. What’s better still is in this world of ‘manicured’ walks where all sense of natural and unkempt trails has almost been removed due to anecdotal reports of dubious insurance claims and an over sensitive world, Benaughlin offers walkers that real sense of rugged and untouched terrain – a much more enjoyable walking experience for those who are looking to step off the gravel tracks!

You start the walk from the main Enniskillen to Swanlinbar Road – just after you pass the cross roads where you turn off for the Marble Arch Caves there will be an old filling station on your left, about 800m after that on the right hand side you will see a farm gate and a gravel lay by – this is the start. Don’t block the gate – it is an active farm so just be a bit considerate with the old parking! 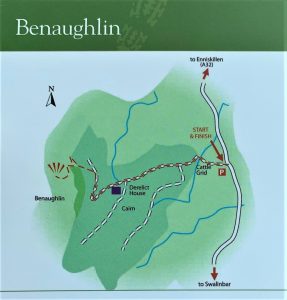 As you start the walk along a section of farm track, the mountain is well within view and probably looks a bit higher than its actual height. Initially as you ascend the track it won’t feel like you’re gaining much altitude. You’ll pass two farm lanes to the side and as you are walking toward the cliff face the path takes a sharp right turn. You’ll see a turn to your left which leads into an old quarry. You can ascend from here or what we did was walk on past this entrance and go to the end of the forest road. It’s tricky to notice but there is a small, dilapidated fence to your left. If you follow it up it will lead you onto your required route, through the forest…from here you start to notice the climb. 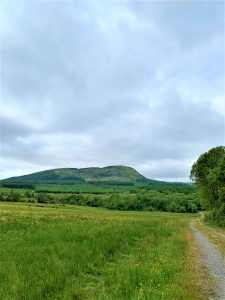 Now don’t be thinking this is going to be a really obvious pathway – think more of a sheep pad! From there it’s pretty clear where to go; there’re no way markers but it is a fairly decent clearing for you to be guided by. Near the top when the path does start to open out a little, follow it right up to the fence line and then you will need to turn right to reach the summit and cairn. 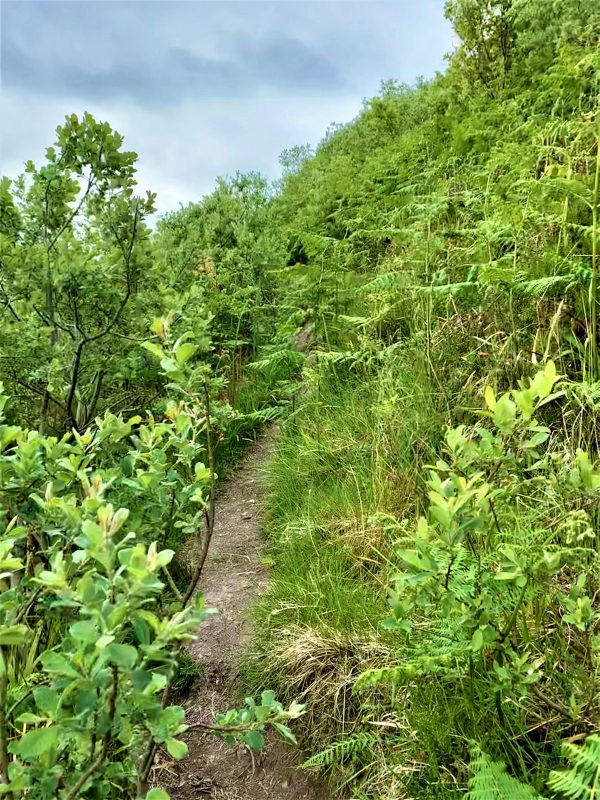 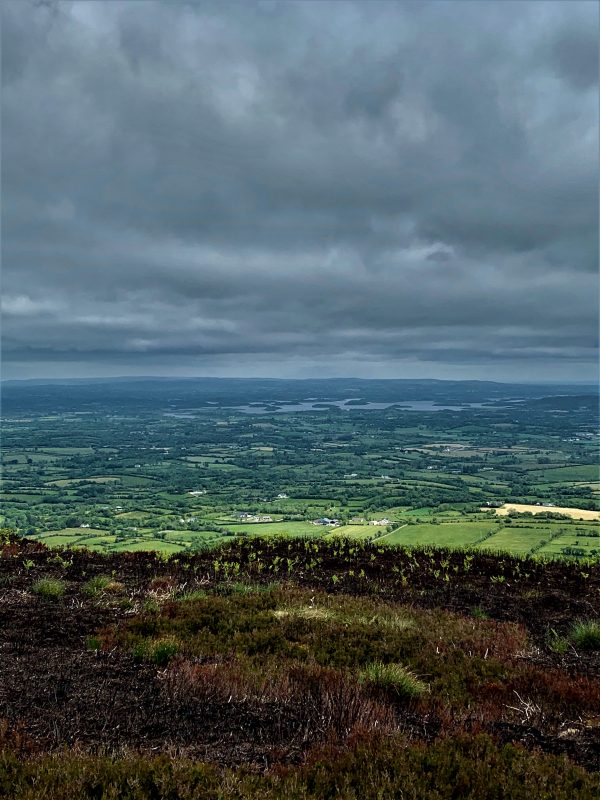 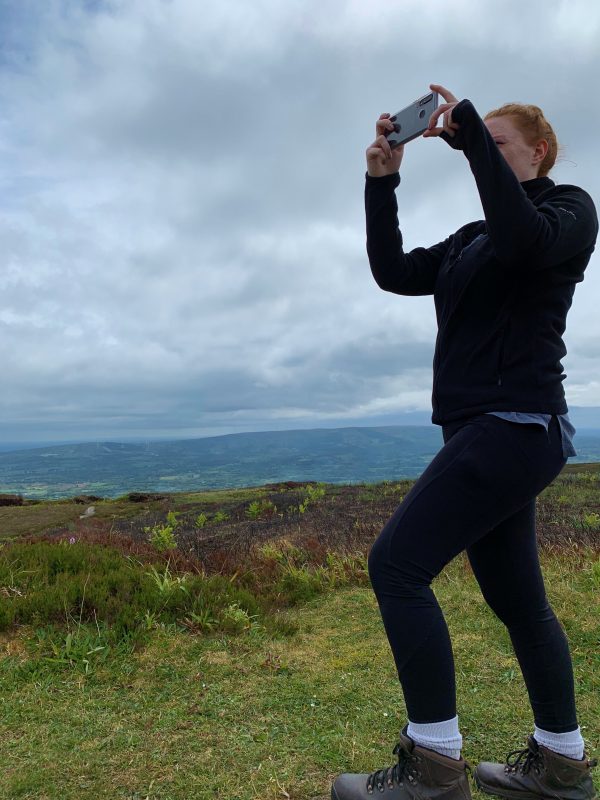 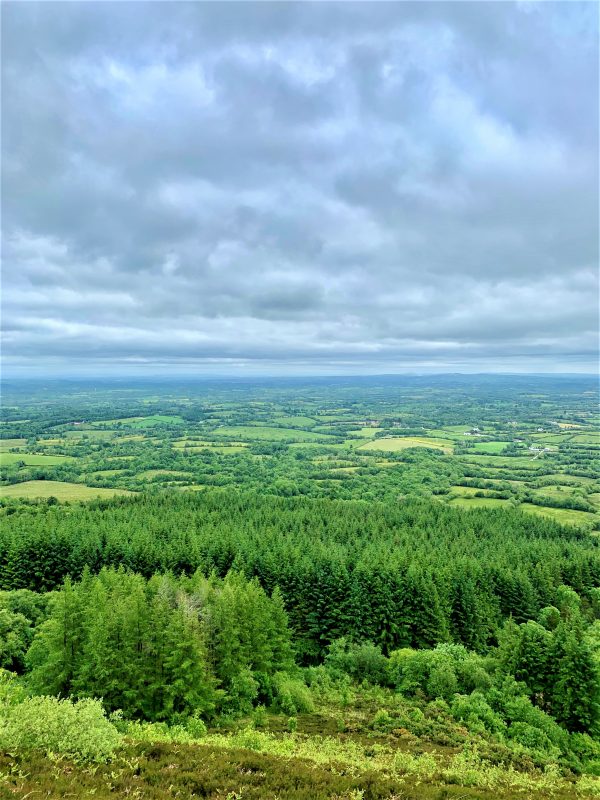 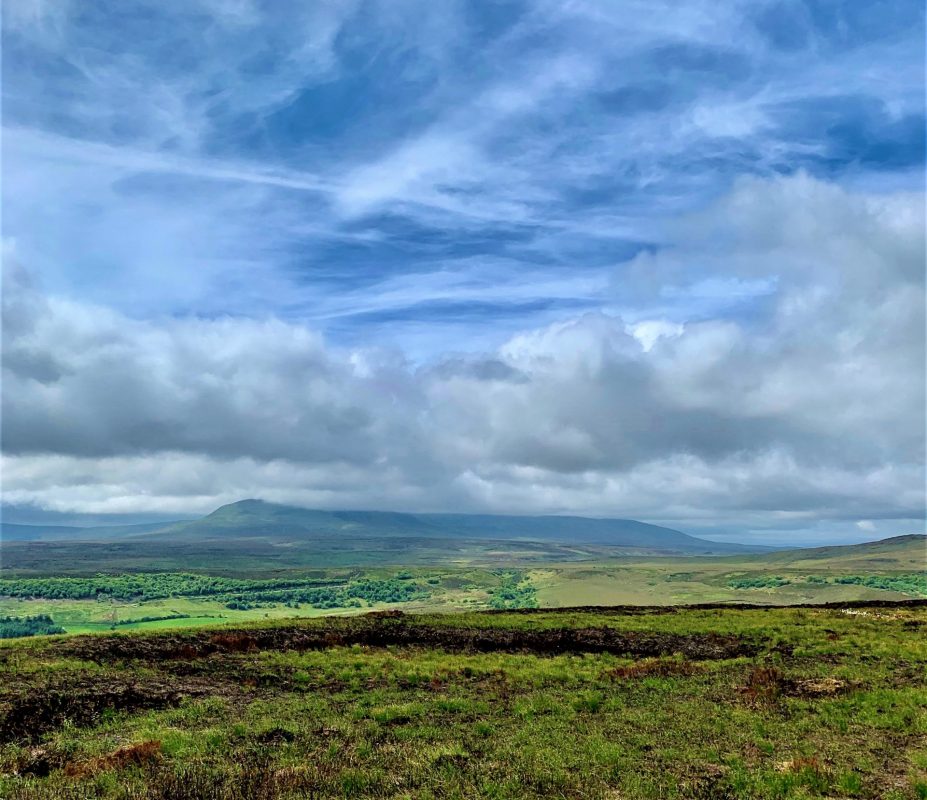 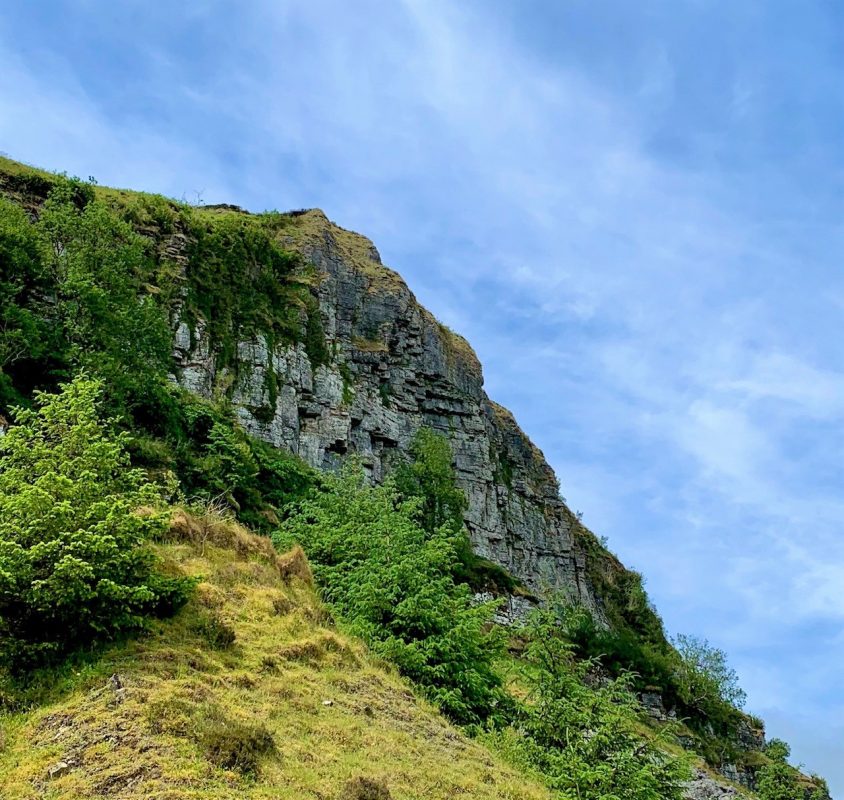 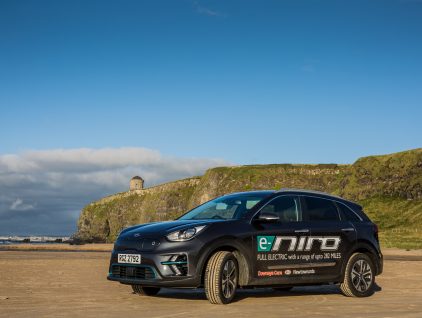 The views from the top are astounding and they make the sharp climb worth the effort – to the east you will see Upper Lough Erne with its numerous islands either side of the long, low hill of Knockninny (Derrylin direction). To the South-East you can see the wind farm on Slieve Rushen, and to the West the infamous Cuilcagh and her associated low lands. To the North Lower Lough MacNean and the Belmore Mountain, out by Boho (pronounce bow for those non locals!) is also visible. 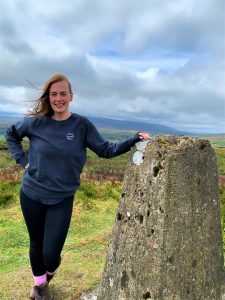 Few things to note about the walk – the farmer does keep cattle in the field at the start so probably best leave the dog at home for this one…!, there are no passing areas along the path so if you do meet fellow walkers just mind your step, and wear decent walking footwear – you’ll need it for the grip on the path as its narrow and slippery and there’s a decent drop to the side of the path!

Imelda is a Countryside Management Officer based in Fermanagh and Cavan. She started writing a few years ago when, after a short stint in the Great British BakeOff she started a blog writing about her two loves – baking and galavanting! Imelda regularly writes about recipes as well as her favourite spots to go trekking and eating around Ireland. See @imelda__rose on insta and Twitter or www.theramblingbaker.com for more.