Coming Home to the Woods 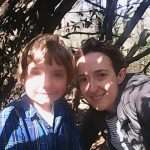 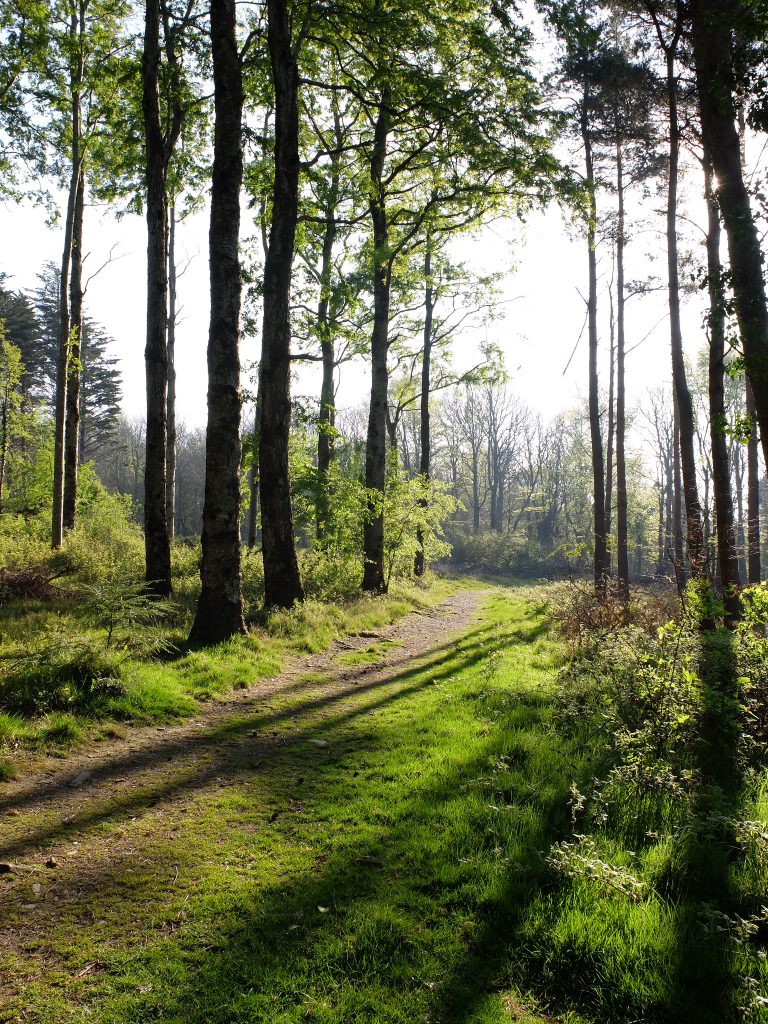 Growing up in this part of the world, I had the best playground. There are plenty of grainy photos of me in the woods poking around under stones to find insects or making a mess in the mud.  Sunday afternoon hikes up the Glen River or in Tollymore and summer excursions into the Mournes.  I think my trekking life may have peaked at the age of three when I managed to climb to the top of Slieve Donard with my family.  The youngest of four I was always playing catch up with siblings who could do more simply by virtue of being on the planet for longer.

I’m not sure when exactly the shift happened but by the time I was a teenager, studies were my preoccupation and I swapped the outdoors for my desk.  The same determination and sheer bloody-mindedness that had propelled me as a three-year old up Slieve Donard kept me focused and pushed me in my studies and my career.  I ended up with a great great CV.  But I was spending upwards of 60 hours a week in the office under artificial light. I could go for entire days without any meaningful time outdoors.   I developed what can only be described as a ‘fug’ that wouldn’t lift until holidays up mountains and by the beach gave some temporary relief. I should have remembered what the kid version of me enjoyed so much.

READ: A Tale of Two Strangers

The salve was of course to change course – to recognise that being office-bound  so much was not doing me or my health any longterm good. And that a countermeasure was required. The arrival of a dog who needed lots of walks brought some balance back to my existence but it was the arrival of our son that really made us recalibrate and think about the important things. Could we achieve a work/life balance in a place as hectic as London?   Like so many before us, we quit the city and it brought us here.  Coming home for me.  But also coming home to myself.

I don’t think it’s an accident that we found our perfect spot by the gates of Tollymore Forest.  This magical place that holds so many memories of childhood for me now provides the baseline for wellbeing and calm.  A daily dose.  I like to think that the Mournes provide the “awe” around here.  But the forest walks provide the comfort and connection on a daily basis. The magic comes from the forest allowing you to be there so often that you know it like a family member.  Watching the seasons pulse through familiar paths will remind you that there are bigger things beyond the temporary stresses.  The trees are steadfast even when your day seems stressed.

With my six year old we’ve carved out a couple of favourite routes.  Instead of the same well-trodden paths from the car park to the river, we skip along the upper paths in the arboretum, veering to the right before clambering over fallen trees into the woods. Over these last few months we’ve watched the blue bells peak through the fallen beech leaves, first spiky greens, now a purple haze in full glory. In summer, this is prime butterfly territory. There’s  criss-cross of grassy paths meaning you never need to take the exact same route two days in a row. Bar a few knowledgeable dog walkers, you’ll almost certainly have the place to yourself.

Dropping down the hill and across the main path, there’s an infrequently seen stone ruin, possibly a chapel of some kind, now covered in soft moss and ivy as the forest gently gathers it back.  It is here we’ve seen fallow deer hanging out.  Just far enough away from the crowds to be happy doing their own thing.  Heading downhill towards the river, using the less obvious paths on the left, we veer right away.  I’ve noticed that most visitors to the park don’t seem to make it past the rustic bridge.  In springtime this is our well-worn path to see the tadpoles.  In summer it will be to spot dragonflies.  Early mornings for the solitary heron whose poise I so admire.   Two days are never the same.  And yet overwhelmingly familiar.

This place, so unfussy and uncomplicated, belies the impact it has had on us. It has introduced my son to the seasons, to local wildlife, to birdsong, to the cycle of life.  When there’s too much childhood energy to be contained, Tollymore acts as release valve. The calm of the woods.  It’s the same path for me when work has created a monkey mind of jumping thoughts. Add forest.  Clear head.  When my day job takes me back to London, I think of it as a preventative dose of anti-stress.  Take one on return too. As we’ve worked through issues opening a new business, we’ve found that talking and walking in the woods is more likely to get any issue resolved than the same time between four walls. Open minds in the open air.

It feels like the obvious to say that time outdoors will make you feel better and yet it’s so often overlooked.  New research published by the University of East Anglia Medical School (conduced by another Co. Down native Caoimhe Twohig-Bennett) has shown that exposure to greenspace reduces amongst other things the risk of stress, high blood pressure, type II diabetes, cardiovascular disease and premature death.  I’m conscious that the readers of this blog may not need any convincing, but we all know someone who’s stressed and/or office bound who may need a reminder. Don’t forget to share the knowledge!  And it’s all there on the doorstep.  It doesn’t have to be hard.  It can be as simple as a walk in the park.

I will take the awe of a hike in the high Mournes when I can get it.  But my reality won’t let that happen every day.  What I can get is a daily (or at least close enough) dose of the woods.   We know how privileged we are to have this haven on our doorstep and we now take great pleasure in sharing this with our visitors. Watching people decompress over the course of a weekend is quite special.  In the bustle of getting stuff done, there is a real power in just being.  The woods will let you have that time.  And let you come home.

Mary Walsh is a business consultant and coach who documents her adventures in nature on instagram @wellderness.  She is also the owner of Bryansford Cottage (www.bryansfordcottage.com), a boutique B&B at the foothills of the Mournes which will hopefully be open for business again soon.