A Tale of Two Strangers by Mark Jameson 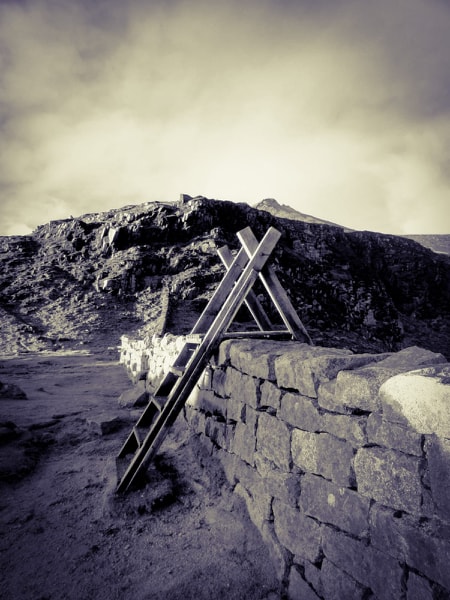 Hi. My name is Mark Jameson – I’m Joint Chairman of the Mid-Ulster Mountaineers. 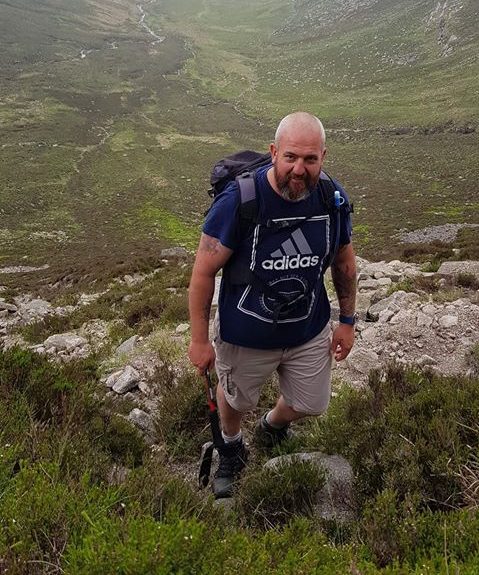 The Mournes are full of wonderful characters, eccentrics and altogether strange people. It is often as much a draw for me and my friends as the scenery and tranquillity these mountains offer. Whether you are in the midst of the very busy track to and from Donard, or you are exploring the Eastern Mournes off-track, you are almost guaranteed to meet a stranger that sparks your curiosity.

One time, my friend and I were coming to the end of a day-long hike – it was the beginning of September, and there was about an hour-and-a-half of sunlight left. We were approaching the Hare’s Gap coming from Ben Crom reservoir, and we were running low on supplies and willpower. It was extremely warm and we were barely speaking to each other. Then, over the brow appeared a 6’5”gentleman in what can only be described as 1980s football shorts, a vest top and the wildest grin I have ever seen. He was taking massive strides down the hill without any regard for his own safety, and on top of that, he was clutching a bottle of Poweraid, obviously his only source of fuel. 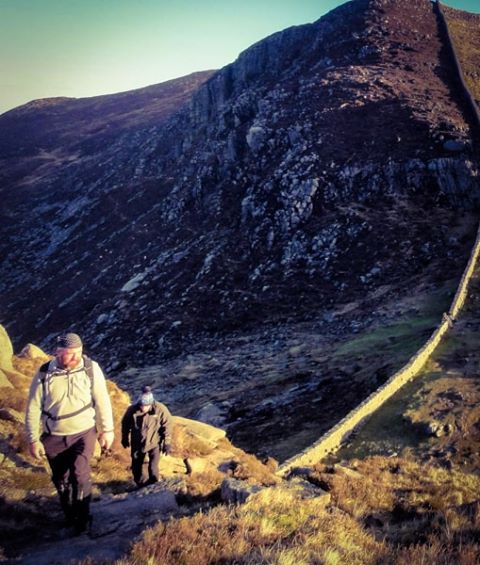 This hero was actually a really nice bloke. He offered us a swig of his poweraid (we must’ve looked malnourished), which we gladly received. We asked him what he was up to and he replied that he wanted to give this Mourne Mountain malarkey a go and thought ‘why not?’. Now, bear in mind, it was close to dark, and 1980s football shorts and vests offer absolutely no protection up there when the sun disappears. So we offered him some sound advice to turn around and come back another day.

He laughed our advice off, gave us a look as if we hadn’t a clue what we were talking about, and off he went on his merry way, towards the hills. We were too tired and hungry to argue with him so we bid him farewell. I hope he was ok.

I don’t know if the mountains bring out a different side of people or maybe folk just fall into the whole community aspect of hiking. Almost everyone will give you a nod, a smile, or even stop and chat. I suppose it depends where you are. If you stop and chat in that busy highway to Donard it could turn into an angry day-trippers gridlock nightmare. 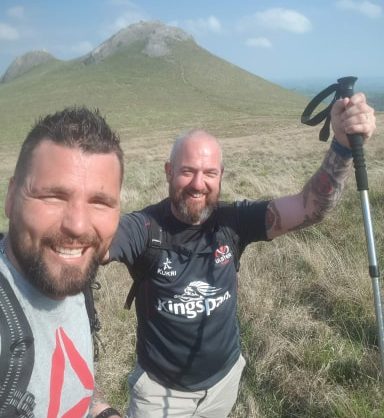 On another occasion, my friend and I were walking from Meelbeg towards Loughshannah – it was during the heatwave last summer. We were passing a lady who was on her own. Obviously, the weather came up (it was Northern Ireland, after all, and we weren’t used to such scorching heat). I said jokingly we might go for a dip in the lake. Well, the horror on her face followed by the five-minute lecture about how you shouldn’t swim in the Mournes as people have to drink the water made me instantly regret opening my mouth.

I have loads of stories about different people we’ve met – some may even have to carry an 18 certificate. But as I said, it’s part of the lure of the Mournes, and part of the reason why I’ll never tire of hiking!