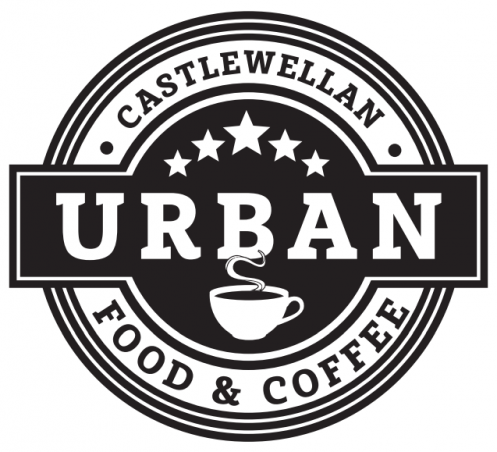 The only place to refuel! Castlewellan's award-winning coffee shop. Perfect for the whole family!

Have you visited Slievenaslat in Castlewellan Forest Park?

I am French and live in SW France. I do a lot of hiking in the Pyrenees, but I travel several times per year to Ireland and Britain. I got addicted to peak-bagging in 2012/2013, and I am aiming at completing the Irish +500m list (check the mountainviews.ie website), i.e. 570 summits, of which I have climbed 386 so far. I have also started collecting munros, wainwrights, Welsh peaks and other summits in Britain. 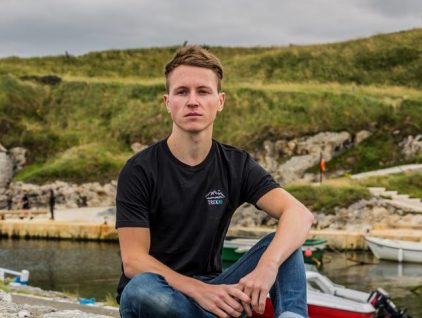 Last year, I started getting interested in Challenge walks and completed the Blackstairs Challenge and the Fei Sheehy Challenge both in 2017 and 2018. Consequently, I became a member of the newly formed Na Sléibhte Hill-walking Club, an all-Irish club dedicated to challenge walks for self-navigators.

Back in February this year I was driving down from Belfast to the Meelmore Lodge where I had booked for a few nights. It was a bright and sunny afternoon and with a few hours to spare I decided to stop for a quick walk up and down Slieve Croob.  I had already climbed it back in May 2013 but it was nice to be back up there and enjoy the views.

Driving S towards the Mournes a little later I realised I had enough time to climb another hill. I am a hill-/peak-bagger after all and always find a good excuse to add a summit to my collection.

I made my mind for Slievenaslat (272m), a small hill which rises above Castlewellan Forest Park. The park entrance is easily found from the main crossroads in Castlewellan and there is plenty of space available for parking (note that there is a £5 fee per car). I started by the Castlewellan Lake and walked around the beautiful castle before carefully picking a trail uphill.

The weather had turned cloudy and the daylight was starting to fade, but arriving late meant that the place was really quiet, which made the walking all the more enjoyable. The steep path allowed me to gain height quite rapidly.

After a short while and a few zigzags, the path drops down a few metres and reaches a tiny lake nestled in the forest. I felt blessed to have this whole, beautiful place to myself and spent a few minutes there watching the trees reflecting in the water and taking photos. 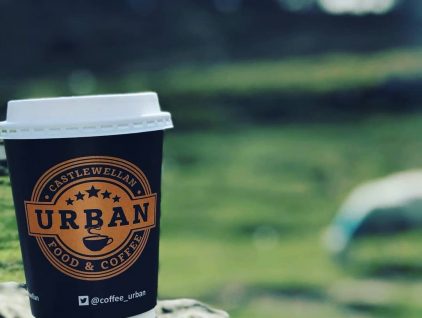 The path meets a major track a little further, which I followed to the right as it contours the N shore of the lake, before veering left up another path to soon reach the summit of Slievenaslat. The latter has a trig pillar and overlooks the forestry, offering beautiful views over the then cloud-topped Mourne Mountains and the coastline to the S.

Despite being more an addict of remote places and being used to mountain vistas, I am always amazed at how such small hills can provide nice viewpoints as well as enjoyable walking for all. After a few more pics and a quick video, it was time to head back.

I picked a different route down by continuing further along the trail, which soon takes you back on the major track mentioned above, and it wasn’t too long until I was back near the castle and to the car park, just before nightfall. The OSNI map shows plenty of tracks/paths which must be worth exploring if time allows. There are also quite a few mountain bike trails which should be crossed with care, especially if walking with young children.

All tracks and paths are very well maintained and apart from one area where trees had been felled the forest looked rather beautifully preserved. I would strongly recommend this walk for families, with a picnic by one of the lakes. There also seems to be quite a few other points of interest for children, including a maze.

David Guenot, 44 year-old, outdoor blogger, aka. The Lone Peakbagger.
I am French and live in SW France. I do a lot of hiking in the Pyrenees, but I travel several times per year to Ireland and Britain. I usually walk solo and take a lot of pictures. I am also a member of the Na Sléibhte Hill-walking Club and an addict to challenge walks and peak-bagging, aiming at completing the Irish +500m list (569 summits, of which I have climbed 424 so far).