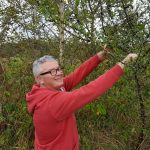 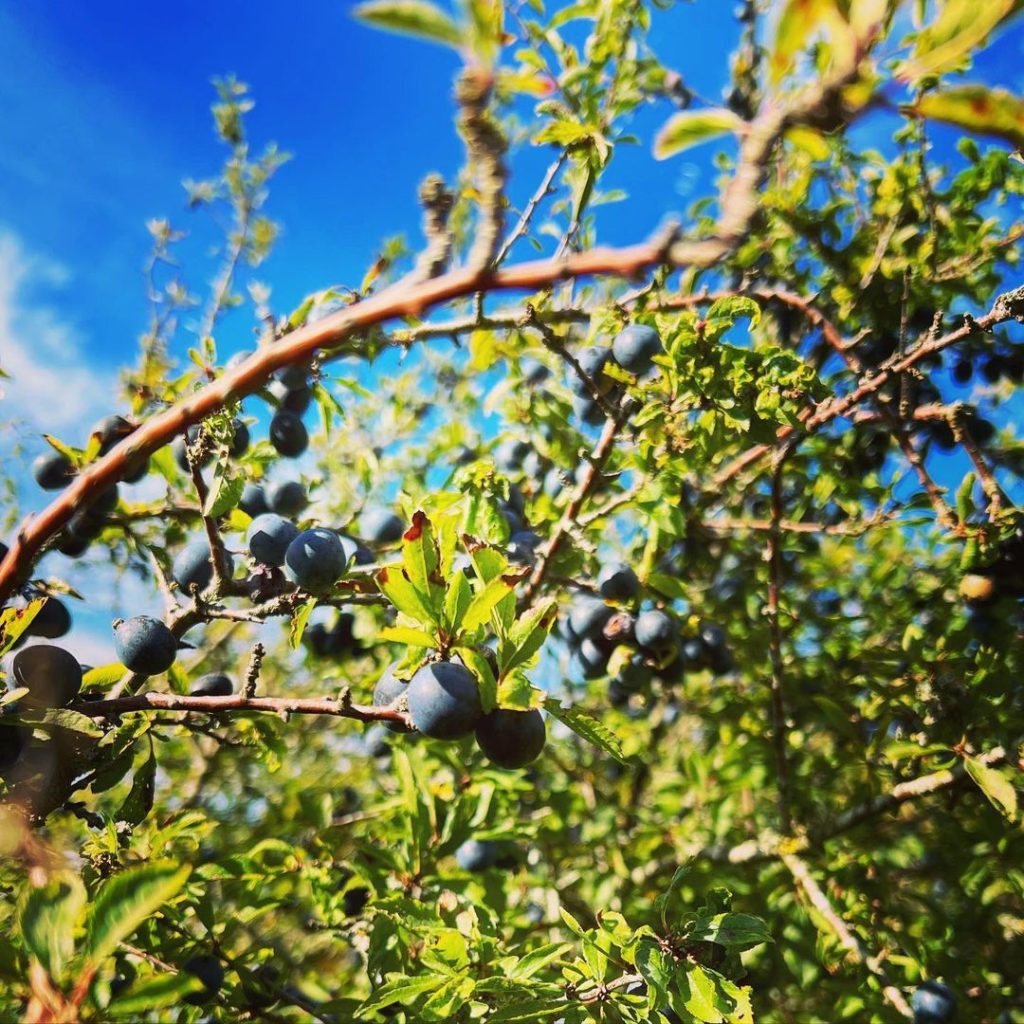 Autumn, wedged between an equinox and a solstice, is a liminal time – both warm afternoons with low sun on the horizon, and evening chills with unmistakable earthy aromas of damp leaves, mushrooms, half-dried mud and hedgerows spent of their rage to grow, seductively fruiting.

Every year, at about this time, I scan field boundaries for Blackthorns to forage for sloes. Making homemade sloe gin has become a Christmas tradition for me, passed on by my father-in law. There are few things more satisfying than pricking ripe berries, decanting them into a bottle with sugar, and feeding them gin. The daily ritual of turning the bottles (tilt and back) dissolves the sugar in swirling clouds of ever-deepening ruby.

This year, my wife, in-laws, three excitable young nieces and I set hunted for sloes through the falling leaves and fading light of the Giant’s Ring at Ballynahatty. 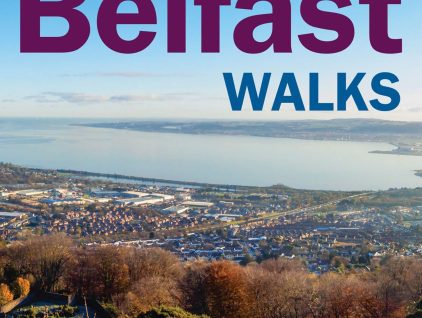 We drove straight to the Giant’s Ring car park, but I love taking the more meandering path from Minnowburn, through the woodland and up to Terrance Hill Garden with its misted view across the valley to Malone House. From there you can join the new path running along the natural amphitheatre of the ‘sandpit’ field. A quick hop across the Ballynahatty Road will bring you the Giant’s Ring.

No matter how many times I see this Neolithic monument, it still impresses me. It’s a circular enclosure surrounded by an earthwork bank with a small passage tomb in its centre like Jenga boulders. It’s older than the pyramids. It took more than 70,000 man-hours to build. I’m not good at maths, but I reckon that would’ve taken me 33 years on my own.

Theories as to the ring’s purpose have waxed and waned in popularity. It’s a druid’s altar. It’s a sun-worshipping temple. It’s an ancient ring fort. In the 18th century the inner circle was used for horse racing, so maybe it was an ancient leisure centre. That’s the theory I like best – a place people came to have fun rather than in meek, sombre religious obeisance.

Anyway, that’s the purpose my nieces put it to as they clambered, giggling over the altar stones trying to out-king-of-the-castle each other. The two nine-year-olds bounced across the stones like mountain goats while Erin, all of five and drowning in ill-fitting wellies, stood on my shoulders.

And then onward – to the sloes.

Directly opposite the entrance to the Giant’s Ring is an exit, of sorts. Another boundary. An iron gate which leads you through to a pleasant pathway between a field on the right and a sloping enclosure on the left often filled with grazing cattle.

The field has been freshly tilled. During the 18th and 19th century quantities of human bones were turned up by ploughing, and today occasional potatoes, half-buried in the soil, bore a weird skull-like resemblance amongst the shadows cast by two huge oaks.

If you continue on this path, it will eventually lead you back down to the river, and to the car park at Minnowburn. But that’s not the way we were going.

About 200m into the path, there is a stile on your left leading into a field with multiple haphazard tracks trampled across the meadow. The nature writer Robert McFarlane calls these ‘desire lines’ – paths and tracks made over time by the wishes and feet of walkers with no apparent planning. I like that. They wander here and there, eventually leading you down toward the pretty former mill village of Edenderry.

Sloes are the fruit of the Blackthorn tree. With its long spines, the blackthorn was often used as a field boundary to keep animals corralled. In early spring they are crowned with clouds of snow-white blossom. In autumn, they are ladened with blue-black sloes, like small plums. And there’s a huge number of Blackthorns here, as if hiding Sleeping Beauty behind their thorns.

Whilst I had been distracted by scanning the hedgerows, the girls’ conversation had turned to the subject of fairies. There’s a fairy living in nanny and papa’s hedge, they insisted. They have seen her glimmering through the leaves at dusk. Her name is Lillian. It’s nice to be on first name terms with the local fairies.

In Irish mythology the Blackthorn is inhabited by moon fairies, thin and brittle with long pointed ears and sharp teeth. The Blackthorn, found at ancient field edges, marks the barrier between this world and theirs. So, when we reached a bank of twisted blackthorn with sloes hanging in profusion like bunches of grapes, we were careful to thank the fairies before picking the first one.

Quickly bored, the girls drifted off along old pathways, making new ones here and there, fussed over by their granny, chatting about what they would do if they were fairies and could flit and fly across the forest. My imagination, unfortunately, was more prosaic, as I stuffed sloes into my carrier bag, dreaming of that first taste as November turns to December.

I love Christmas. But not the day – the build-up to it and the story of it. Darkening skies held at bay by twinkling lights, a lit fire, and a small sloe gin to lubricate the stresses of decorating the house. Problem is, it has become so much of a Christmas tradition, ploughing visitors with ruby-coloured gin until they have ruby-coloured noses, that I now make more sloe gin to give as gifts than I keep for myself. 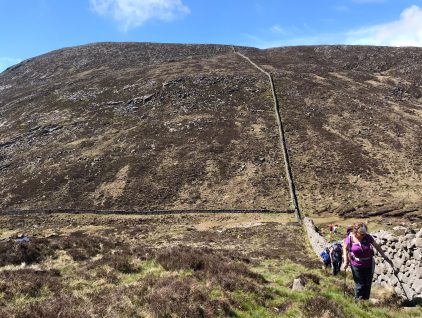 Sloes are the wild cousins of plums and damsons. They’re high in tannins, making them mouth-puckeringly bitter and perfect for feeding to gin. The fruit ripens from green to purple-black from late August ad through autumn, developing a whitish-blue yeast bloom when they are ready.

There’s a lot of nonsense written about making sloe gin – picking sloes only after the first frost (good luck with that during climate change); only using a thorn from the tree to prick the berries; gathering the fruit after midnight when the fairies are away. All great stories, and utter nonsense.

Pick the berries, give them a wash, either bung them in the freezer for a couple of days or prick the skins, feeding them into a bottle, covering with caster sugar and topping up with gin. Turn it daily until the sugar has dissolved and it is a dark ruby colour. Drink, as instructed by Seamus Heaney, extravagantly:

“I drink to you