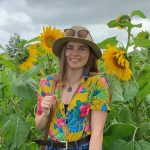 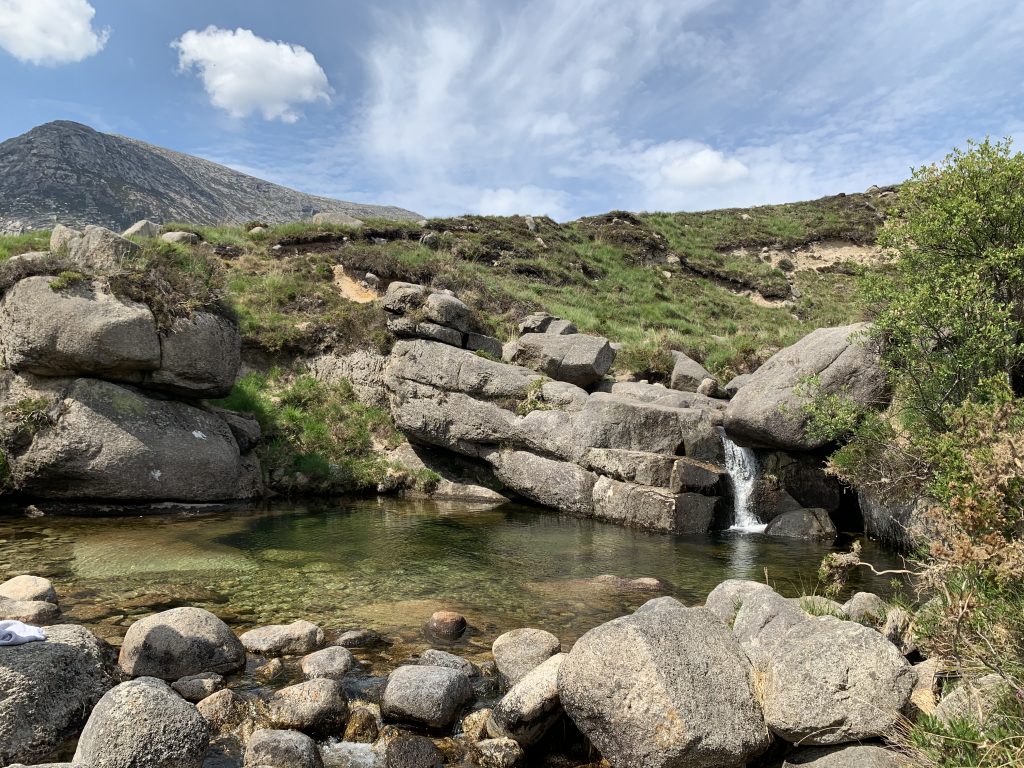 The Mourne Mountains offer a multitude of trails that cater to walkers of all skill levels. When I was shown photos of the Mournes I knew I had to visit. So, I researched which trek to do first and I was thoroughly overwhelmed by the number of walks available. I knew I wanted to try and find somewhere to swim, and that’s how I found the Annalong rockpools.

This trail is relatively short, only about an hour walk to reach the rockpools. I started at Carrick Little car park, although this carpark is often full (as it was when I was there). Luckily there are a few other carparks available in the area. Be aware these carparks cost £3 as they are mostly offered by the locals in the area. There is one on the main road but if you’d like to park closer to the start of the trail there are more available at the same price up the dirt road that is right beside Carrick Little car park. After the first time I visited I chose to park as close to the trail as possible – the carpark I used also offered an overnight fare that cost approximately £5. 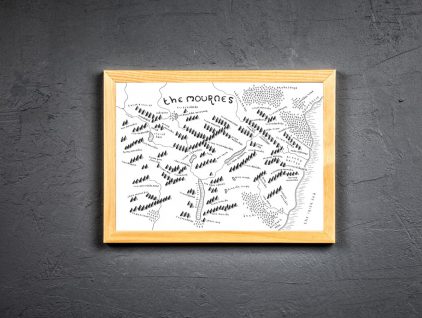 SHOP: Tolkien-style maps of the Mourne Mountains and Westeros

Once parked I began to walk along the dirt road. This section of the walk is beautiful as there is farmland on either side. The road also leads you past an old stone building which looks amazing set against the backdrop of the mountain. I followed the road to a gate that leads into the Mournes. Be aware that the first time I visited there were sheep right on the other side of the gate – I had to be very careful not to let any out! 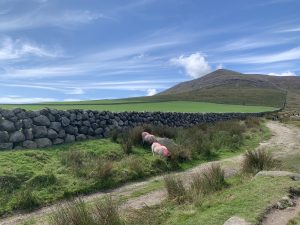 As this trek is fairly straightforward, I simply followed the path once I was through the main gate. I then veered to the left. This path was quite uneven, and while there were less rocks than there were on the main trail, there were still quite a few on this section, as well as many puddles. Therefore, I would recommend wearing appropriate footwear such as hiking boots for this trek. Along the way I was lucky enough to see some wild cotton growing and a few of the sheep were curious enough to come say hi. 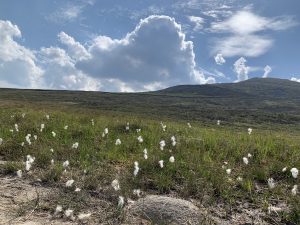 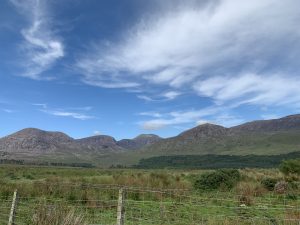 I continued along the path following the barbed wire fence on my right-hand side, which eventually led to a small forest area. I’ve seen many people camping in the area on my hikes and I’m hoping I can maybe camp there sometime this summer as it looks like a very beginner friendly spot! However, as I didn’t want to disturb anyone, I avoided walking through this area, although you can walk through it to get to the rockpools.

I continued past the forest until I reached the stone wall at the end. I turned right here, and this led me towards the Annalong river. Be aware this particular part of the trail is quite mucky. As the trail continues, I had to cross over some streams, which varied in size. One of the streams was quite small and I was able to step over it, whereas one of the others was much larger, and I needed to step on and over rocks to cross it. There are smaller rockpools here, but they are too shallow to swim in. 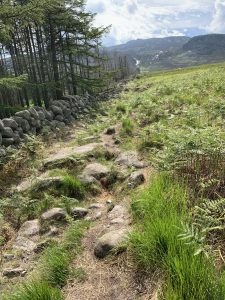 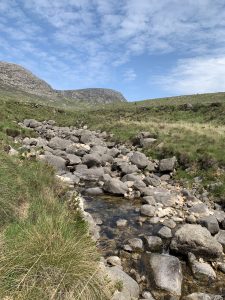 Continuing on I reached a small clearing which I’ve seen many people use for campfires. Soon after is the river, but instead of heading down towards it, I recommend veering to the left.

As you follow the river you can decide at which point you want to enter the water. I would suggest walking until you see the largest rockpool as this is the best to swim in. It’s deep enough that I can fully submerge, and I am still unable to touch the bottom. However, if this spot is taken there is another waterfall large enough to swim in, but it isn’t as wide. If it is busy (as it has been some of the times I’ve been there), I would also recommend sunbathing on the larger rocks and then sitting in the shallow water if you get too hot. 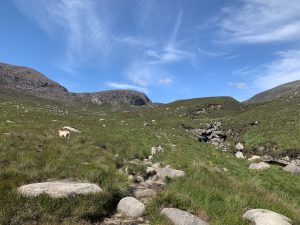 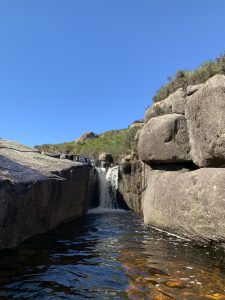 This trail is my favourite of all my adventures in Northern Ireland. It offers amazing views as well as an extraordinary spot to swim. I’ve lost track of time on each occasion I’ve been there. The very first time I visited I stayed for about five hours, mostly swimming but then enjoying a picnic on one of the larger rocks. 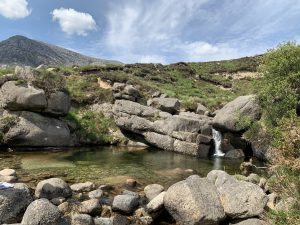 I think this hike would be suited for casual walkers as long as you take your time on the rocks at the river. I would recommend going in spring and/or summer if you have the intention of swimming as the water can still have some bite to it. Be aware, there isn’t really any cover from the sun on this hike, so be sure to apply some sunscreen as I got extremely burnt the first time I visited! Also be sure to bring enough water as the first time I went I ran out, and the trip back was quite rushed because of it. 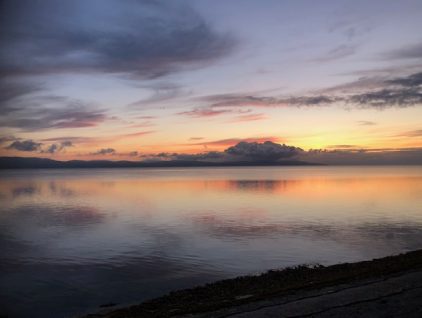 I’ve learnt that it’s also best to be prepared for the worst. I now always take a backpack with essentials such as food, water and a small first aid kit. If you plan on being out overnight, I suggest researching what you should take to make sure you and your group are as safe as possible. 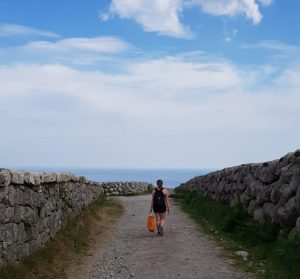 The Mourne Mountains are stunning, and it pains me when I see the negative impact people can have on the area. If anyone else feels the same way I would recommend taking a bag and picking up rubbish on your way – many people I’ve spoken to on the trail say they regularly do this and often come back with multiple full bags.

I hope this guide helps you to find this hidden beauty, tucked away in the Mournes!

Hi! My name is Mikala. I moved to Belfast from Queensland, Australia, in November of 2019 and I’ve truly fallen in love with the natural beauty Northern Ireland has to offer. I find myself inspired as both an artist and a writer by the rich history of Northern Ireland.