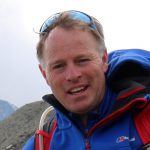 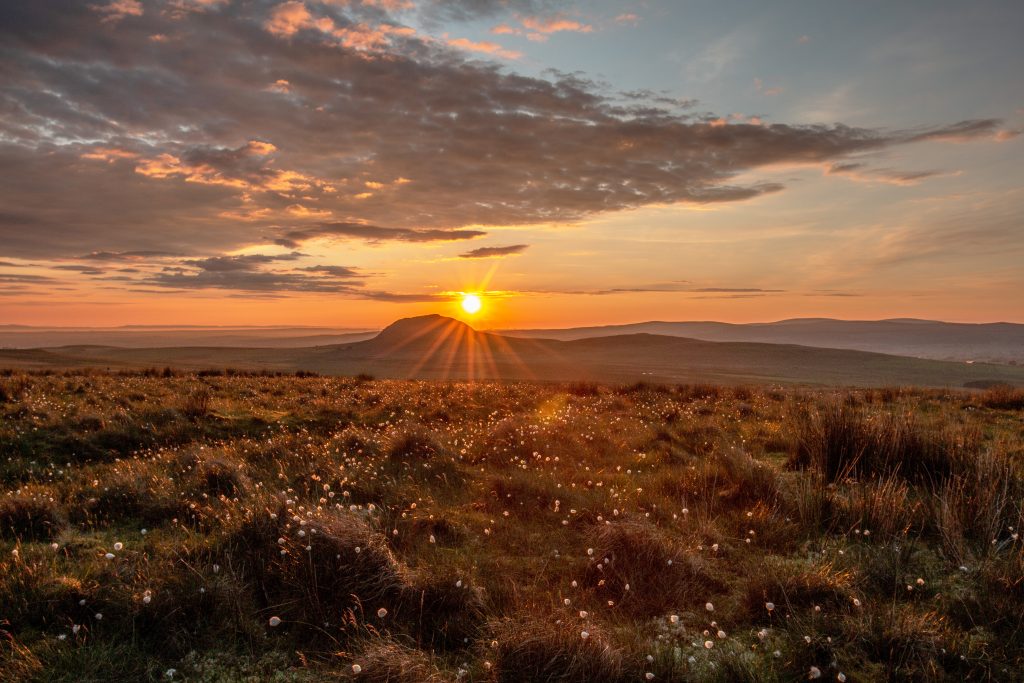 The path to Mont Blanc begins at Slemish.

It’s not Slieve Donard! Nor is it on a par with any of the high peaks in the Mourne Mountains. It doesn’t demand the same gruelling endurance compared to climbing Ben Nevis, and it certainly can’t compete with the breathtaking grandeur of Mont Blanc in the Alps, but for me, Slemish is home turf—the hill in my back yard. 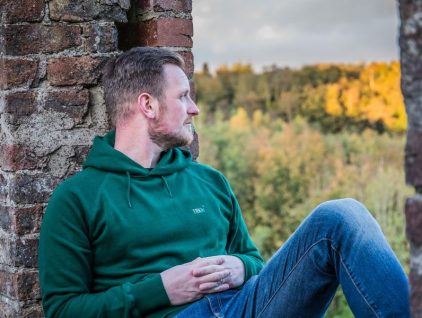 Slieve Mish (to use the official name) is famously identified with Patrick’s captivity and his teenage life as a slave in Ireland. Thankfully for me, it holds no such association, its significance is more endearing due to its role in assisting the slow path to recovery after a battle with pneumonia a few years back. The iconic landmark near Ballymena was the ideal terrain to begin the journey of regaining fitness and gradually overcoming the after affects of fatigue caused by lung infection! Not too high, making the top unreachable; not too easy, presenting no challenge for rebuilding lung capacity —Slemish provided the perfect balance! 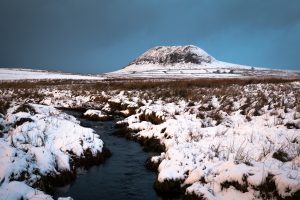 Slemish is also an ideal location for anyone wishing to venture into the great outdoors looking an introduction to hillwalking. It’s not too high to put you off, nor is it too easy, giving a false impression of what’s involved in hillwalking, just the right balance to give the same sense of accomplishment when conquering higher peaks. According to accepted tradition a hill progresses to mountain status at 2000 feet in height. Slemish falls way below the mark measuring only 1434 feet. Even then, more than half that height is accessed by car, with an actual climbing height from car park to summit roughly about 540 feet (180 m). For anyone with a reasonable level of fitness the ‘hill‘ can be comfortably conquered in half an hour!

So, what’s the best way to reach the top? Braid valley locals will tell you there are a hundred ways up Slemish and a thousand ways back down, not all of them on two feet either! The most popular path is straight up. At the second gate follow the stone steps ahead and keep to one of the beaten paths meandering between rocks and heather. These routes are rocky and steep in places! 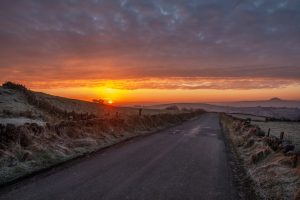 If you prefer a slightly gentler ascent then turn right after the second gate and follow the fence-line south heading along the base of the hill, until you reach a solitary post containing an Antrim Hills Way symbol. Next, you’ll have to negotiate the Slemish graveyard, so-called because of rocks that have fallen from higher ground and now bear an uncanny resemblance to headstones. Above you rises a small grass covered gully outlining the route to the top. An old stone sheep pen in the field behind serves as a good marker for route finding especially when looking for the gully on the way back down. At the top of the gully a five minute walk along a gradual plateau will bring you to the summit. 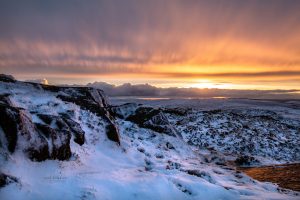 On a clear day the summit offers stunning panoramic views of the surrounding Antrim Hills, the Mourne Mountains can be seen in the south, Lough Neagh and the Sperrins to the west, the Mull of Kintyre to the north east, and not forgetting the distant hills of Donegal to the north west. Sunrise and sunset are the best times to reach the summit. Slemish, at these times is like possessing a grandstand seat in an Olympic stadium, there are no intervening hills to block your view of the sun as, like athlete, he begins or finishes his race. Better still, the premium seat is free! Well worth the effort, and sweat! 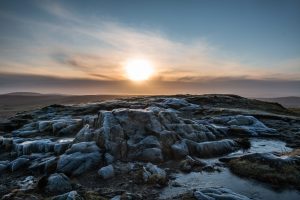 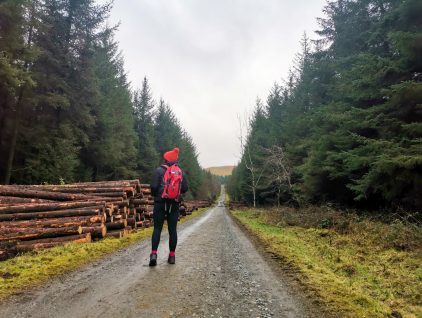 With Slemish conquered you will be asking, Where next? Remember that solitary post at the entrance to the Slemish graveyard? It has a dual purpose, marking the beginning of the twenty two mile route that charts a path through the Antrim Hills to the village of Glenarm on the coast! Any of its six well marked sections would be a good next course!

There is a friendly debate though, whether Slemish is the starting point or the finishing line for the Antrim Hills Way. For me, the debate is settled, it is always the beginning! Any of the higher peaks I’ve tackled, their training began at Slemish. Next on the list is Mont Blanc! Whether I ever make it remains to be seen, but one thing is certain —the path to Mont Blanc begins at Slemish! 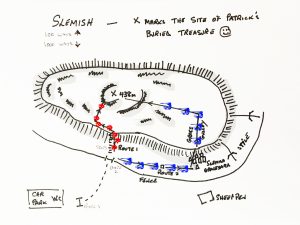 Go climb Slemish, there’s no telling where it will lead you!

Noel is a regular hill walker based near Mount Slemish and co-founder of the Christian Hillwalking Club NI —a male hillwalking group arranging hikes at home and overseas. He combines his love of mountain climbing with landscape photography and has built up a stock photo portfolio currently being ‘developed’ into a print studio —Irish landscapes and beyond.