Slieve Lamagan and the Importance of Route Planning 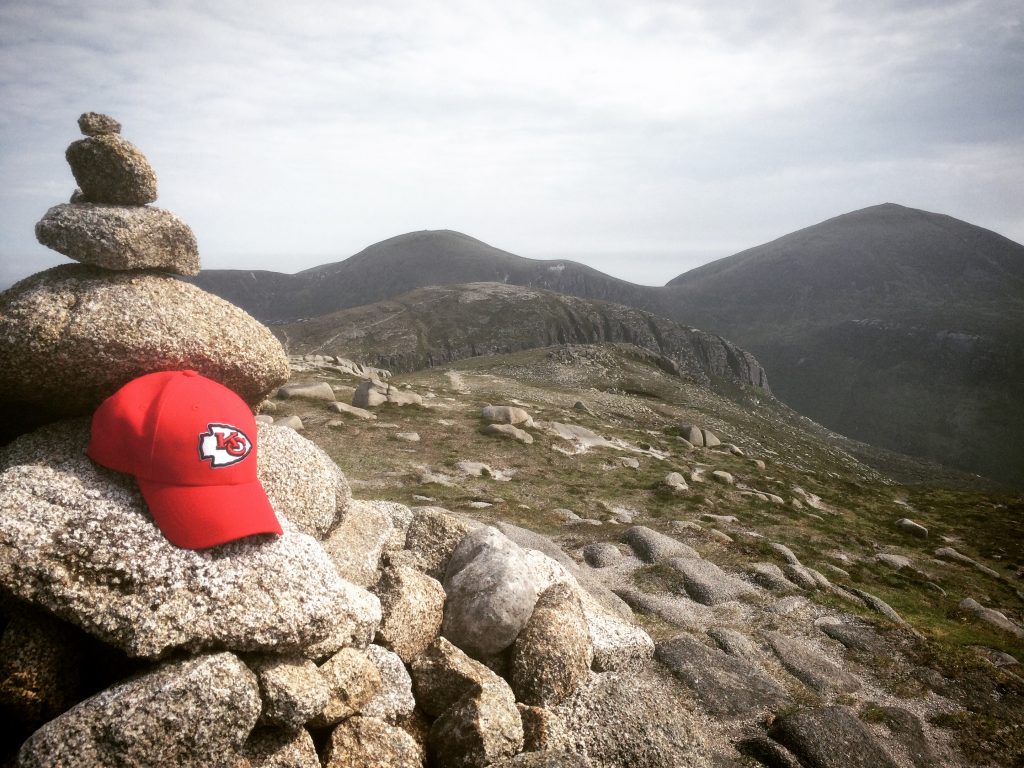 This is the short story of a fairly straightforward hike that could have gone horribly wrong.

A few years back, I was training for my ultimately ill-fated attempt at the Seven Summits in the Mourne Mountains for Cancer Focus. As part of my training, I was ticking off each of the seven peaks I’d be climbing on the day of the event itself. This was particularly important as I’d never climbed some of them, so I wanted to know what I’d be in for in just a few weeks’ time.

The goal for that hot, sunny day in June was simply to reach the summit of Slieve Lamagan and return home; in spite of my reasonably limited experience, it should have been easy enough.

However, a lack of time spent properly planning my route left me in a perilous situation. 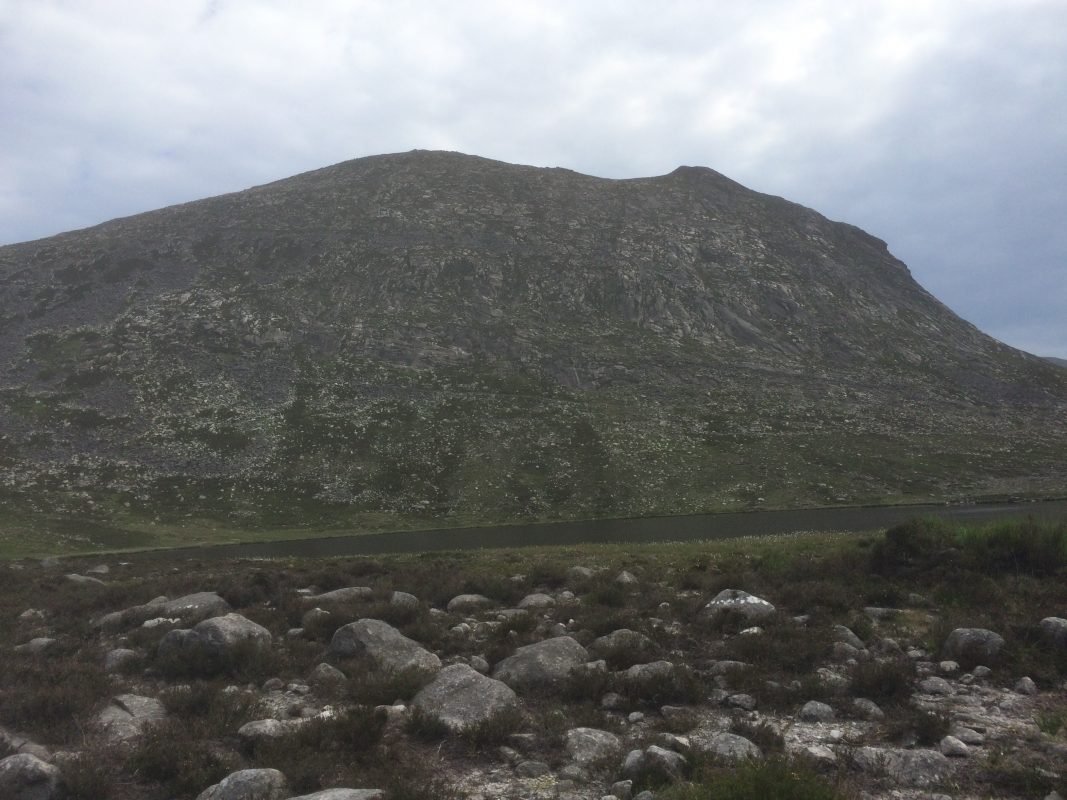 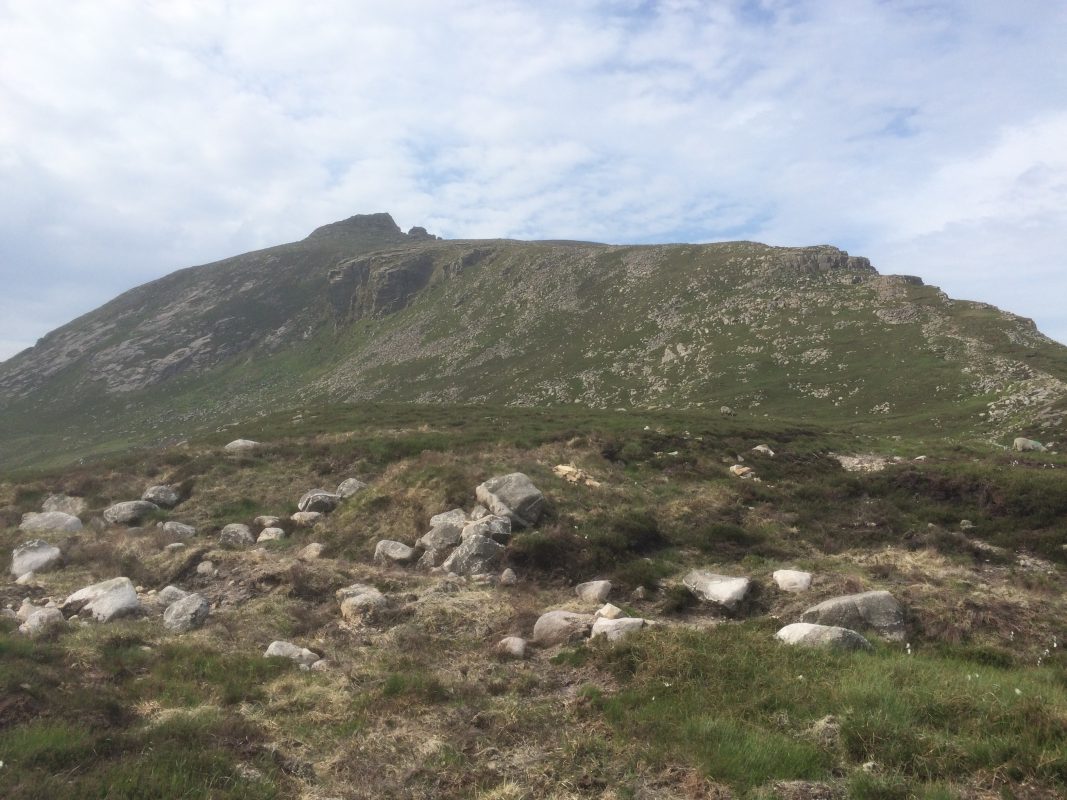 I parked at Carrick Little and walked in the direction of the Blue Lough, passing through the gate at the top of Oldtown road and keeping Annalong Wood on my right along the way, with the towering bulk of Slieve Binnian on my left. You can read a more detailed account of this initial route in one of my previous blog posts.

It was a beautiful day, the sort of morning that makes you glad to live in Northern Ireland: shining sun glinting off the little waterfalls tumbling down the side of Binnian, birds whipping through the air above the conifers in the wood. And on that particular day, there wasn’t another soul about.

I followed the gradual ascent of the path past the rocky outcrop of Percy Bysshe, swinging left en route to the Blue Lough. The path here’s pretty rough underfoot, but it doesn’t take long to reach the lough itself, which always seems to rise out of nowhere at the foot of Lamagan. 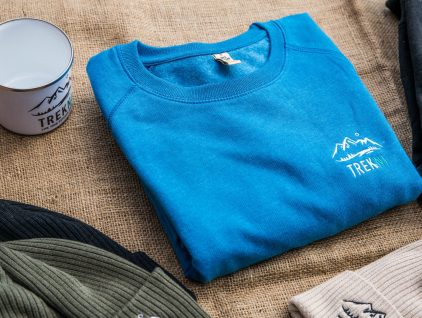 I stopped a moment to admire the shimmering surface of the aptly-named little body of water before carrying on up the path towards the Binnian-Lamagan col, beyond which the sheer face of Ben Crom loomed across the reservoir. I was in good spirits because, a) it was still a beautiful day, and b) I hadn’t climbed Lamagan before and was still oblivious to the torture that was ahead of me.

Slieve Lamagan is the smallest of the ‘Seven Summits’ at roughly 704 metres in height and, in most cases, will be the final summit (over 700 metres) that you’ll ascend during the popular route (though you’ll actually bag a couple more peaks after it on the home stretch). It’s not as visually impressive as the likes of Bearnagh or Binnian, but it does form the backdrop to many photos snapped by hikers along the Annalong wood route, so you’ll recognise it on your approach from that direction. And when you reach the Binnian-Lamagan col and start your ascent up Lamagan’s path, you’d be forgiven for thinking “hey, this doesn’t look so bad – what’s all the fuss about?”.

If Lamagan could chuckle, it would.

The “path” that initially meanders from the col up the side of the mountain very quickly peters out, and you’ll find yourself scrambling for quite some time over crumbling rocks instead. The climb’s steep and seems to go on forever, and you’ll often believe yourself to be close to the top when you’re actually nowhere near it. That’s how Lamagan goes about breaking your spirit – fooling you into thinking the end’s in sight, and then presenting you instead with a fresh stretch of rocky, pathless terrain to navigate. Many mountains do this, but none is more adept at it than Lamagan.

However, stick at it and eventually the relentless rocky slope of the mountain gives way to the flatter expanse of its summit. Once you get over the final section of the climb things do get a lot easier, so push through any thoughts of turning back on the way up and you’ll be rewarded with some stunning views of the Mournes. 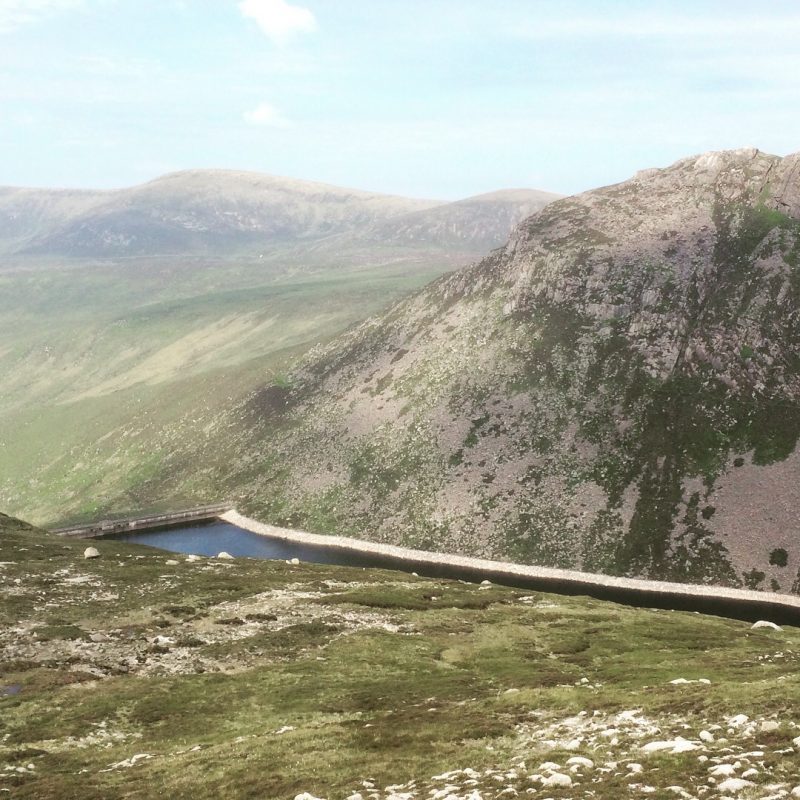 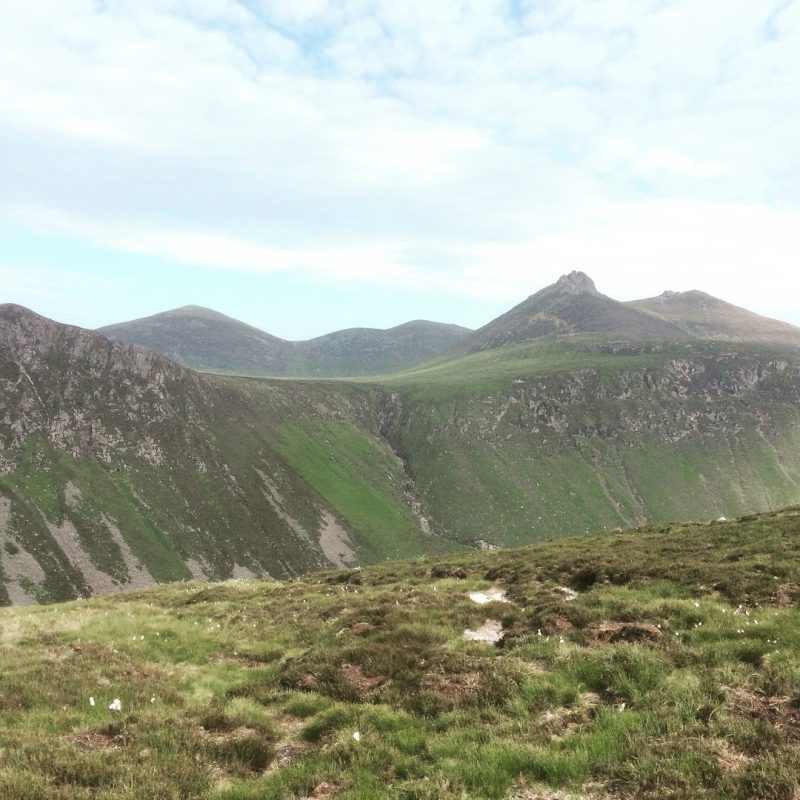 I spent a good bit of time at Lamagan’s summit cairn just taking in the 360-degree panorama (and wishing now that I’d taken a lot more photos). You’re truly in the heart of the Mournes here, encircled by Binnian, the Ben Crom reservoir and its namesake mountain beyond, Bearnagh, Slieveanaglogh, Corragh, Commedagh, Donard, Rocky and the Seefins, with the Annalong Valley stretched out below you and the Irish Sea in the distance. You can also look straight across the top of Cove mountain, with Slieve Beg just beyond. It’s a fantastic spot for some photos, especially on a clear day.

Unfortunately, this is where my lack of planning became my undoing.

Rather than return home via the same way I’d come, or carry on over to Cove and descend from there (a handy path winds down past Cove cave to the Annalong Valley), I stupidly decided to take the shortest and most dangerous route straight down the face of Lamagan, thinking it had looked doable on my approach.

Needless to say, it was the worst possible route I could have chosen. The side of Lamagan I found myself clambering down was much sheerer than I’d anticipated, and I began to get increasingly worried that I’d reach a point where I could no longer climb down safely. The likelihood of me being able to go back up to the summit again and take a safer route was also diminishing with every metre I descended, and I was now on a totally exposed part of the mountain at the mercy of the summer sun.

Thankfully, I just about made it past the steepest sections and reached a gentler slope, which I was able to follow back to the Annalong Valley path. From there, I rejoined my original route and made the return journey back to Carrick Little and the safety of my car. 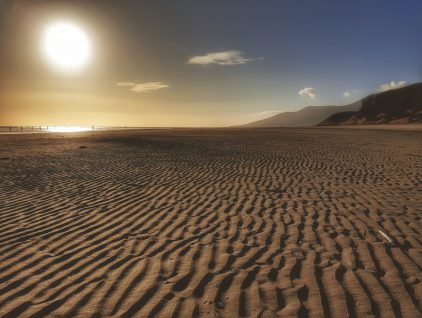 READ: A Dander at Murlough

The moral of this story’s simple: plan your route, and plan it well. Lamagan was a mountain I’d never climbed before, and I should have spent longer studying my map and reading up on the experience of others. Had I done so, I’d have known not to try climbing down the way I did. I knew how to get to the summit, but I only thought I knew how to get back down.

Don’t be put off from taking on Lamagan, of course – as I said, the views from the summit are breathtaking and well worth the arduous ascent. I don’t think it’s anyone’s favourite mountain in the Mournes, but definitely give it a go at some stage.

Just plan your route in advance!