All Aboard the Mourne Rambler: Two Linear Treks for the Lone Walker 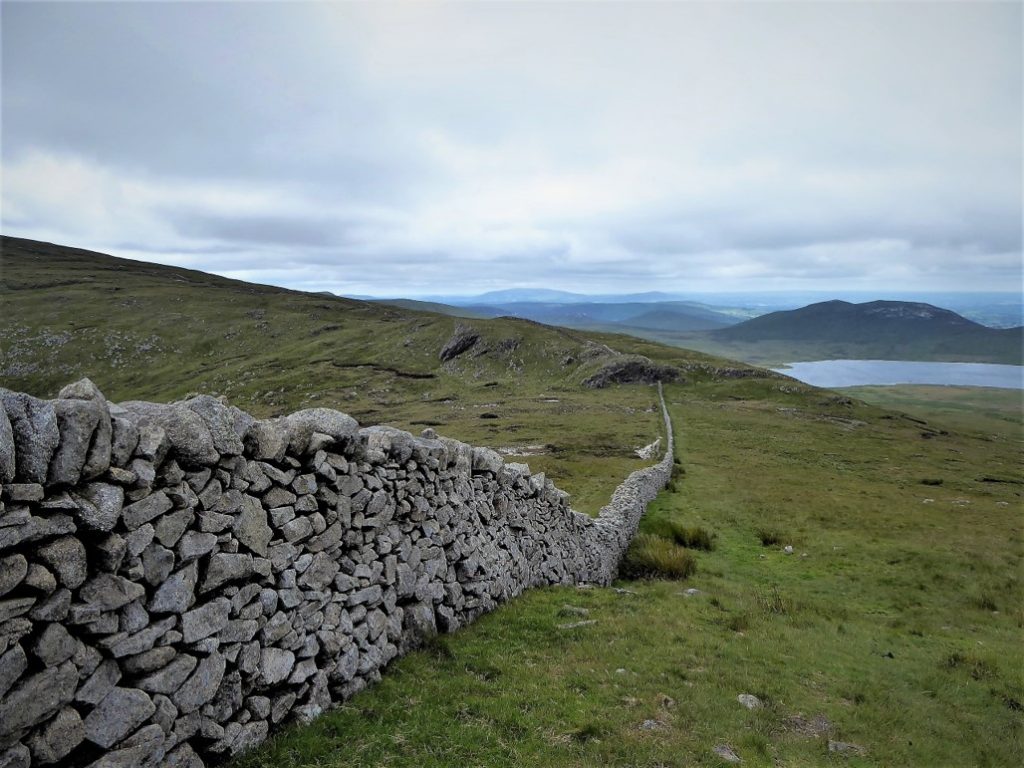 The Landscape, the materials & the local skills craft the beer you see today. Our delivery service is a safe, contact-free way to stock up on lovely independent beer.

As a walker who prefers his own company, it is occasionally frustrating being restricted to walks that begin and end at the same point. The arrival of the Mourne Rambler service in July and August (Mondays excepted) offers an excellent opportunity to undertake east-west and north-south journeys or variations of the two.

For my first venture, I caught the 8.30 Rambler and alighted at the junction of the Trassey and Moyad roads. A walk of about 0.8km took me to the small car park and picnic area that gives access to Meelmore and Meelbeg. I made my way up the left side of the col between the two peaks heading for Meelmore. Unfortunately, a thick mist descended just as I reached the dank-smelling stone structure at its summit.

Following the Mourne Wall, I made for Meelbeg as the mist gradually lifted to reveal an expansive view to the south with the symmetrical form of Doan catching the eye. The climb up Meelbeg was straightforward and, frankly, quite easy – probably helped by the magnificence of the unfolding view.

Arriving at the stile on the col between Meelbeg and Slieve Loughshannagh, I turned left to skirt Lough Shannagh on my way towards Doan.

Everyone who climbs Doan seems to rank it as one of their favourite peaks. It’s not hard to see why – it’s not too challenging, there are lots of sheltered spots for a rest and a bite to eat and the views are just exceptional.

At this stage it was still only 12.30. With the next catchable Mourne Rambler not due to leave Newcastle until 14.30 I realised that I had a surfeit of time on my hands and wished that I had invested a little more planning into my trip. 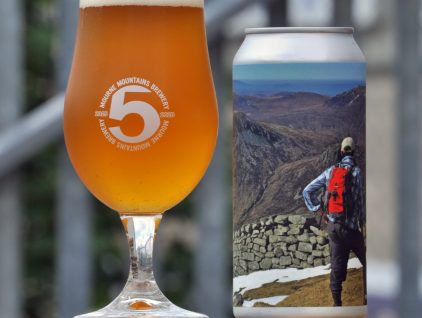 Mourne Mountains Brewery: We ship to Northern Ireland, Republic of Ireland and all of Great Britain. Chilled shipping to NI & ROI (excl. Donegal), deliveries on Wednesdays and Fridays.

I had never attempted an assault on Ben Crom, being somewhat daunted by its sheer cliffs and its isolated feel, but I resolved to give it a go. My Harvey’s map showed a wide area of peat hags between Doan and Ben Crom. Peat hags are irregular mounds of dried out peat, typically intersected by channels of boggy, peaty sludge – not known for delivering a pleasant walking experience.

It was a slog, but manageable, the dry weather making the surface less squelchy than it could have been. Nearing Ben Crom, the ground became drier and rockier with a fairly clear track leading to the heights and the marvellous, vertiginous views.

After again negotiating the awkward terrain between Crom and Doan, I gained the track which took me up to the stile on the col between Slieve Loughshannagh and Ott Mountain and on to Ott car park where I met the 14.55 Rambler.

Three days later, the 8.30 Rambler dropped me off at Silent Valley. I took the Mountain Trail until it met the Mourne Wall, which I followed to its junction (Grid Ref 293224) with a section of wall which rose to the top of Slievenaglogh. A word of warning – unless you have brought bog-snorkelling gear, avoid any of the tempting shortcuts across the open bog. Stick to the wall and climb up the left side to the summit.

It was a steep old haul to the top with several rocky obstructions to tackle, but the 445m summit came as a pleasant surprise with fantastic views over Silent Valley and Ben Crom.

The wall continued west as it made its way steeply down to the Banns Road and onward up Slieve Muck.

Rather than contend with the dauntingly steep and rocky eastern slopes of Muck, I chose to take the Banns Road track to Lough Shannagh. In parts, the stony track is a tester for ankle strength and knee viability and I found it really quite a tedious trek – maybe it’s just me as I’m none too fond of the Trassey Track either.

Rounding lovely Lough Shannagh, I found the vague track leading to the col between Slieve Loughshannagh and Carn Mountain.

The grassy ascent on the right hand side of the wall up Carn was straightforward and painless.

…followed by a gradual upward incline to the summit of Slieve Muck.

Care was needed during the very steep descent beside Batt’s Wall to the road just south of Spelga Dam, where I hailed the 15.00 Mourne Rambler and joined a small, but perfectly formed band of fatigued fellow walkers.

The Mourne Rambler (service No 405) starts and finishes at Newcastle bus station. The timetable can be downloaded here.

…you prefer to walk on your own, but would welcome the occasional linear walk. Map and compass are essential. Gaiters would be useful for sections of both routes. Both walks should be suitable for those with average fitness levels. The terrain between Doan and Ben Crom was quite gruelling and the ascent of lowly statured Slievenaglogh was paradoxically the toughest element of the second walk.