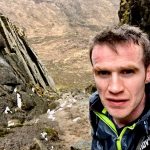 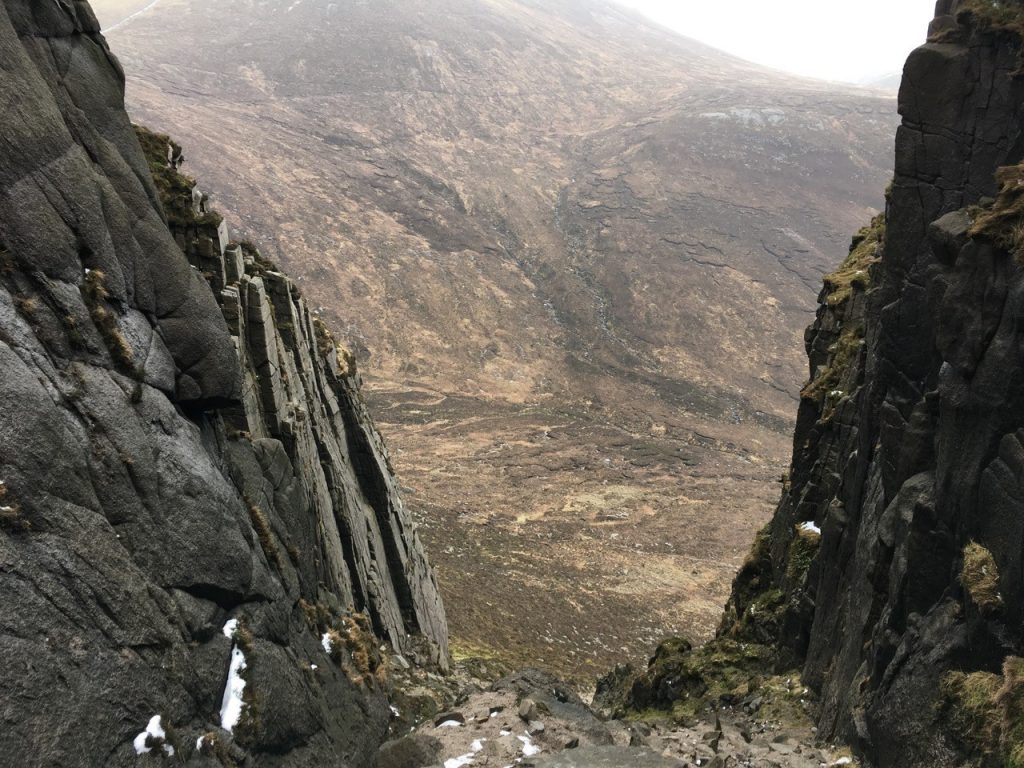 Have you tackled the Devil’s Coach Road?

With the mountain running season looming I wanted to get as much early training in as possible. Setting off from the Carrick Little car park on a cold February morning, I was looking for an adventure as much as a run. To be honest, the route was not completely planned out, but what good adventure is?

READ: Majestic Mourne: the story behind the poem 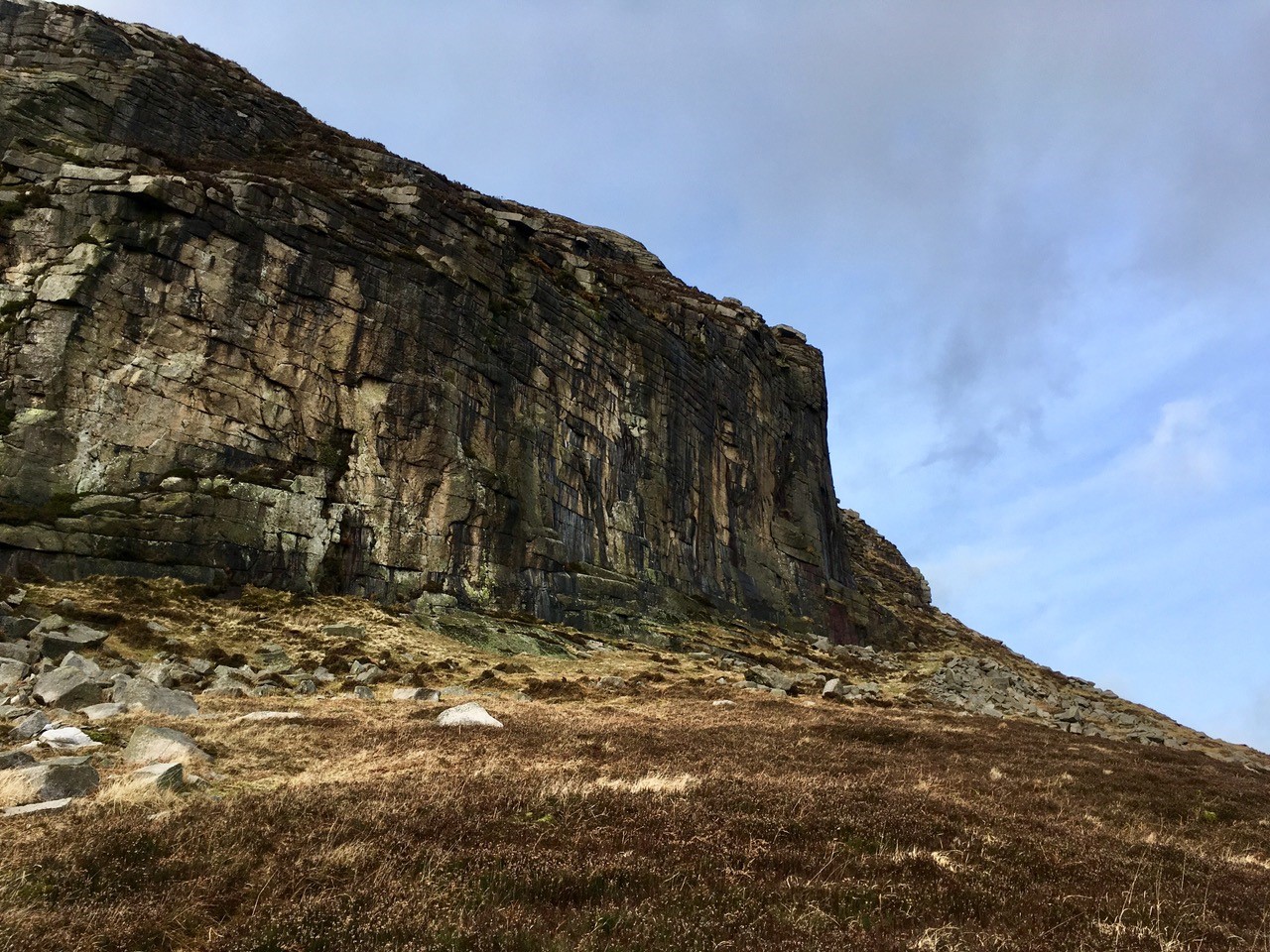 READ: Jake Meyer: the man who conquered Everest and K2

Setting off up the Carrick lane I was glad to get though the red gate and on to a level surface for a little while. This also gives you a chance to enjoy the amazing views over the Annalong wood and the mountain range behind that seems to run on forever, a view I could never tire of. I planned to follow the Annalong river after the woods, which is a rough lane on the right leading to the cave on cove mountain (exploring the cave is another one for the bucket list, but never to be taken on solo). 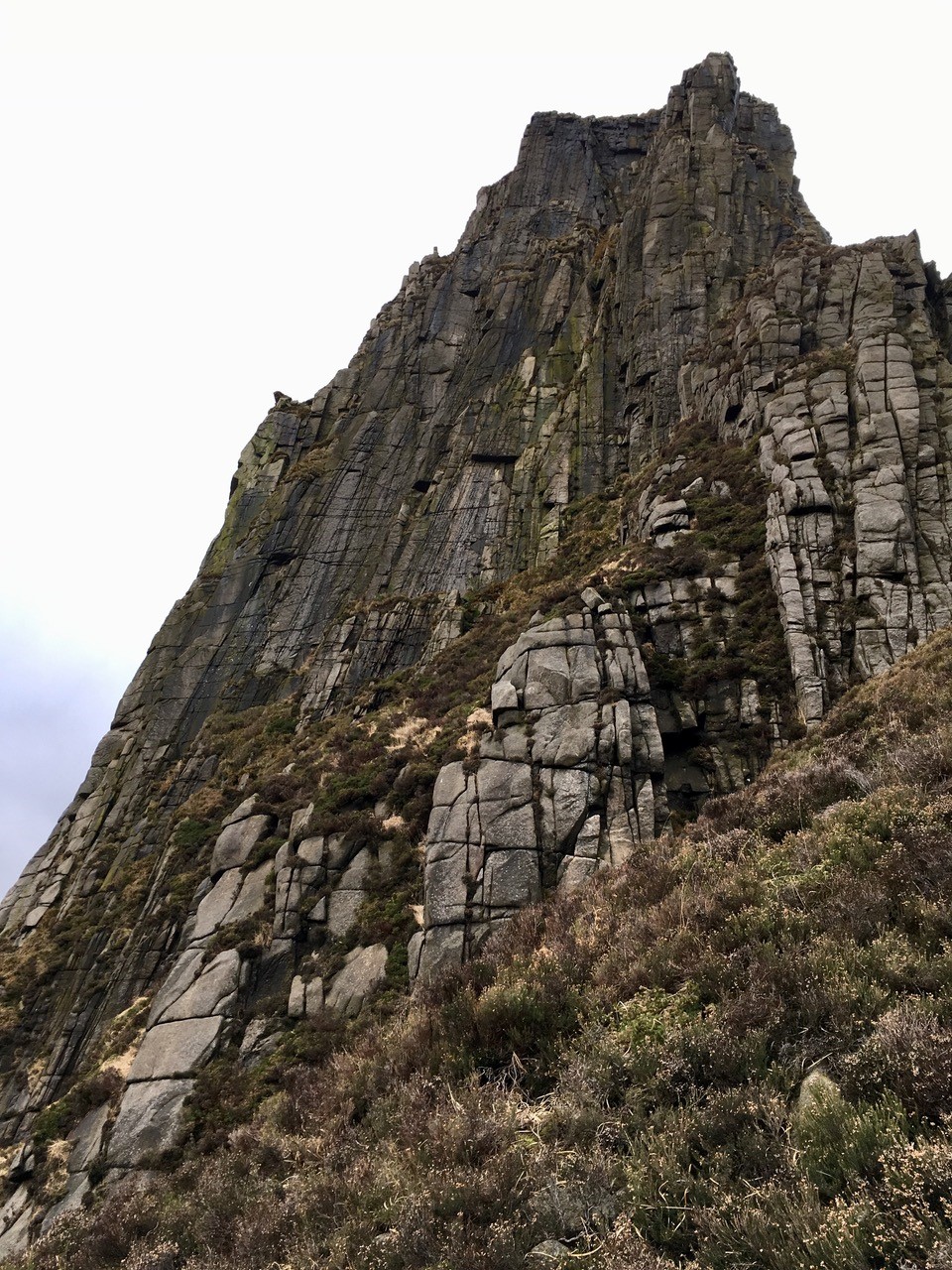 This route was a first for me so I was like a child on an adventure, planning to run up to the cross roads on the Brandy Pad below Commedagh. I then spotted the mighty Devil’s Coach Road on my left leading up though the mountain like a huge landslide had cut down though the granite rocks. The trail looked well-worn and I thought ‘sure, it’s a short cut’ as I intended to come back across Cove and Lamagan to return home via the Blue lough. 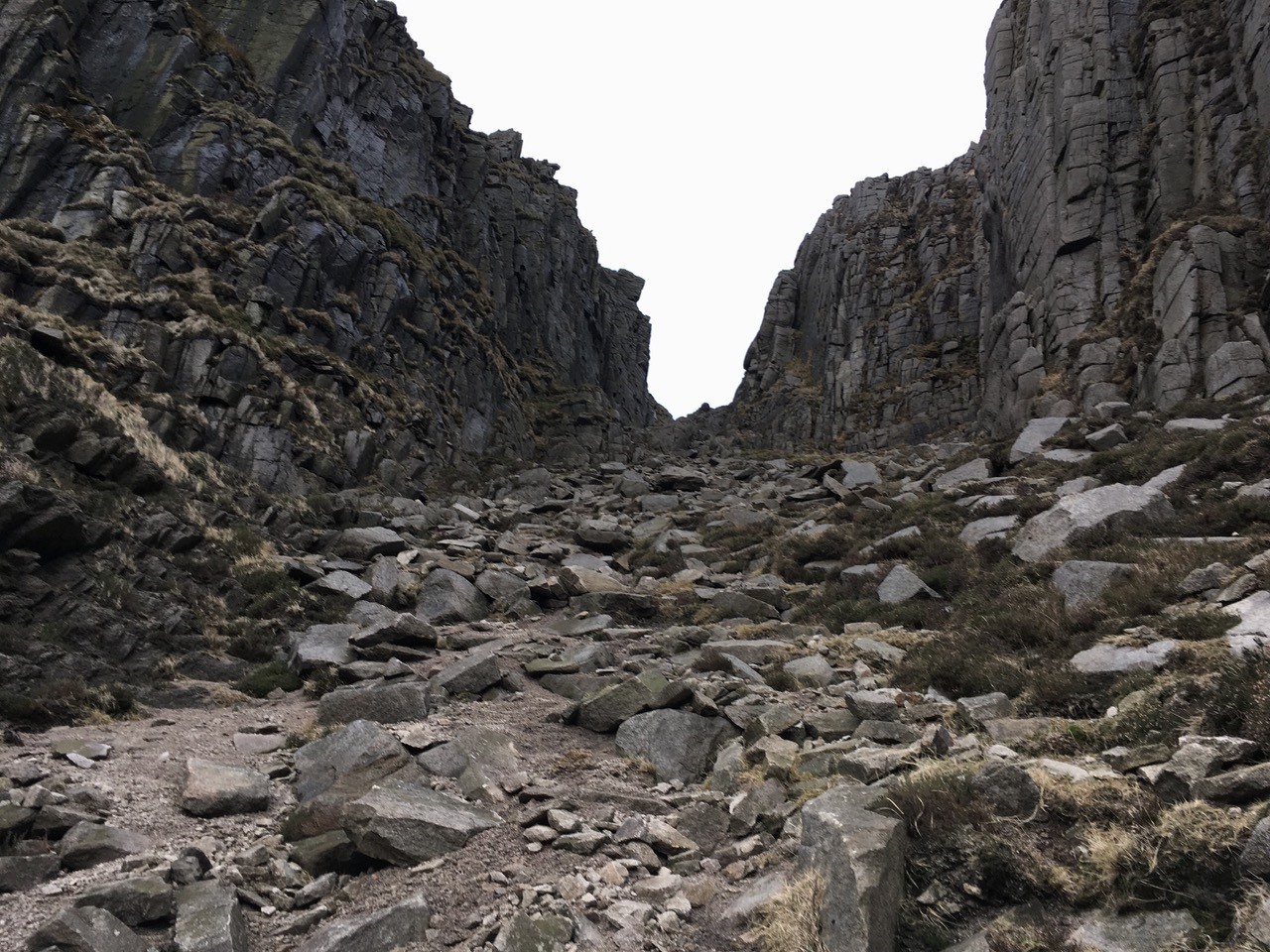 The first third is quite easy and not so technical, but entering in the devil’s mouth will never fail to intimidate. Cliff edges left and right of me stand like large skyscrapers. The ground becomes very loose and I soon find myself on all fours using hands and feet to grip the gritty sand-like granite.

The final 20 metres becomes a point of no return and also the most difficult section. This involves near-vertical climbing – snow and a lot of ice, and the added issue of myself in shorts, didn’t help. I had to just keep moving up though the freezing cold rocks and tell myself not to look down. 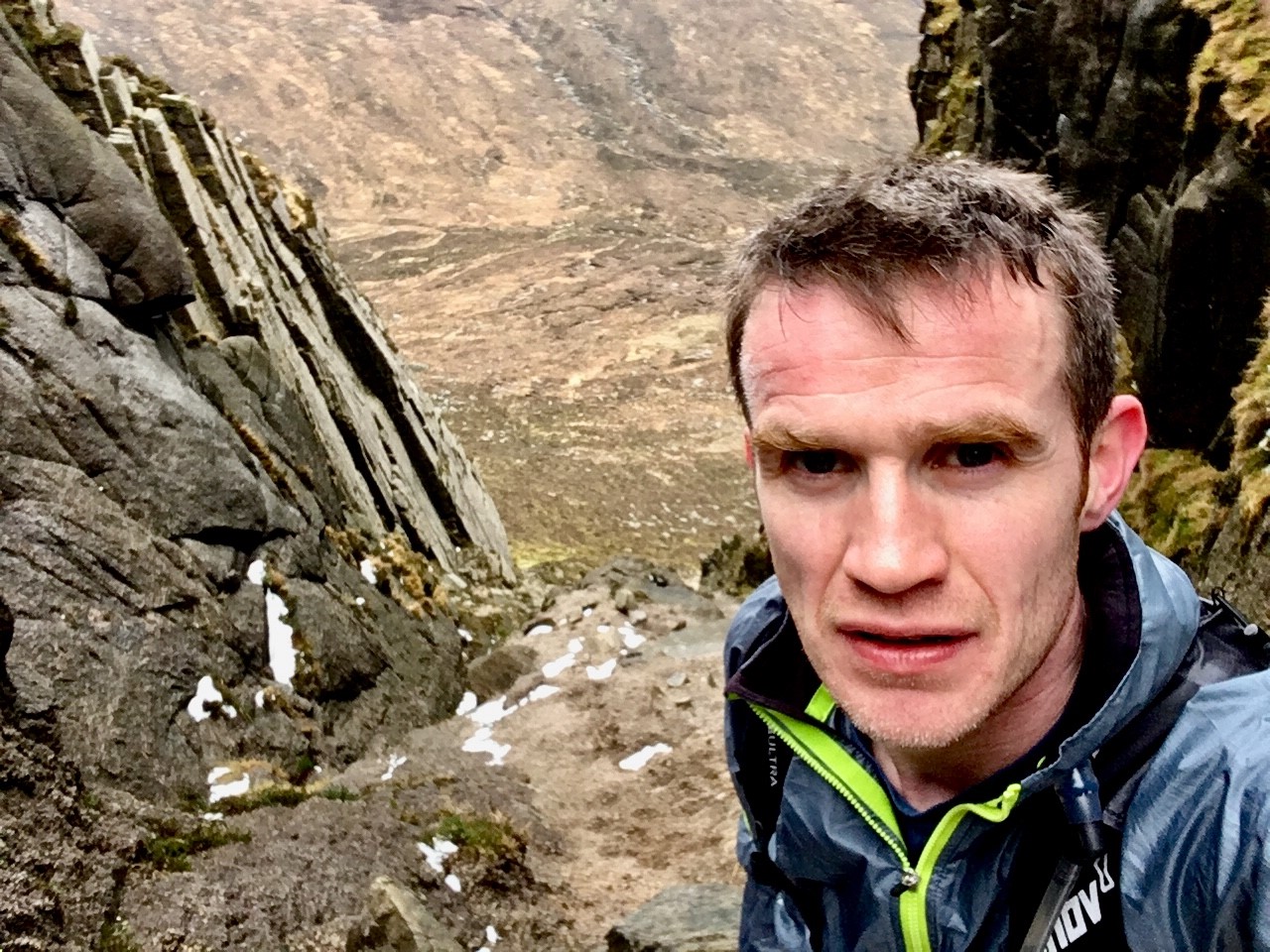 Thankfully, after some time I put my hands then feet back on mountain ground. I was glad to get running again to get my body warmed up. I peaked both Cove and Slieve Lamagan and made my way down to the col between Lamagan and Binnian. The Lamagan descent is never enjoyable and finding good line is near impossible. 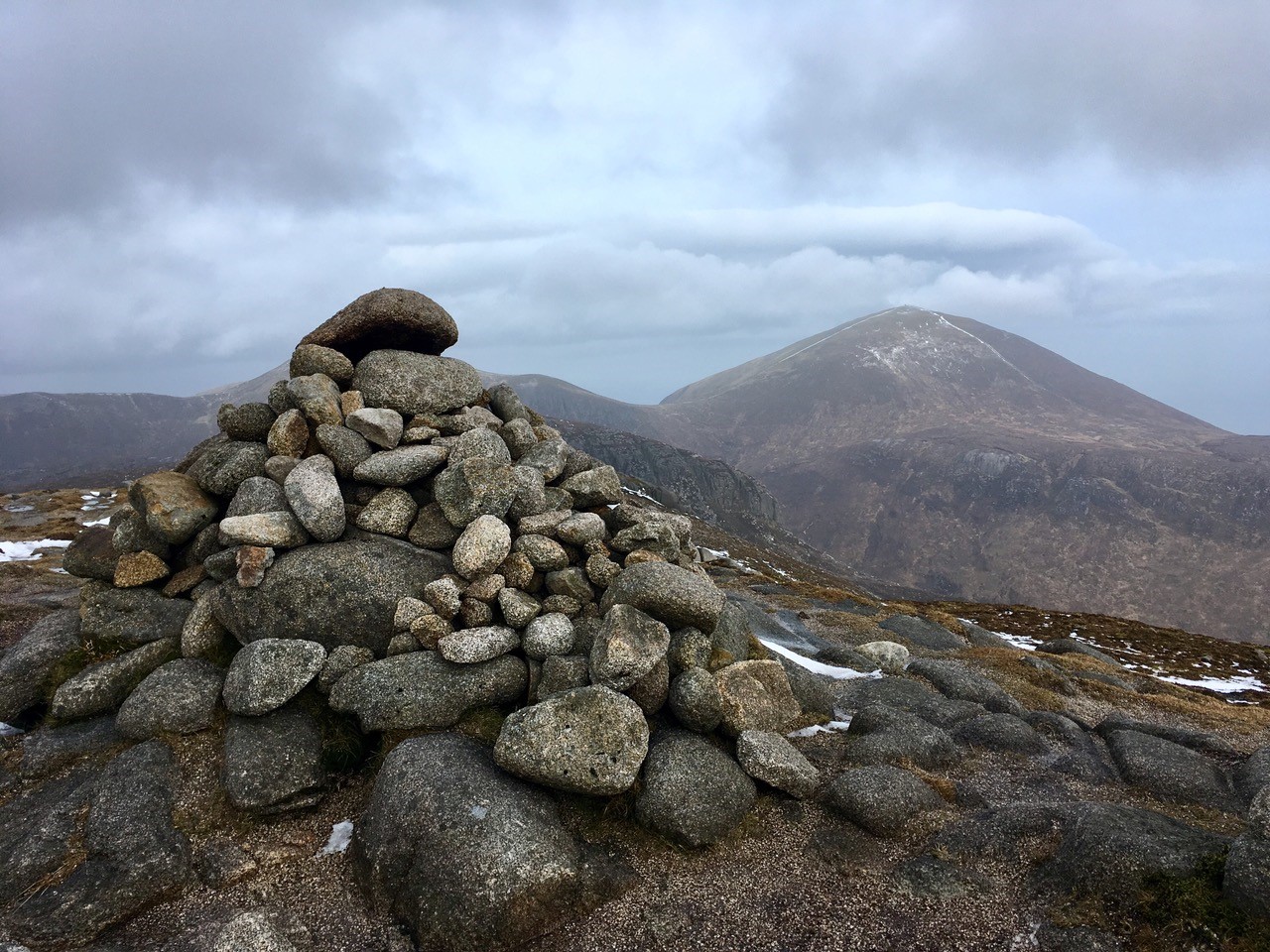 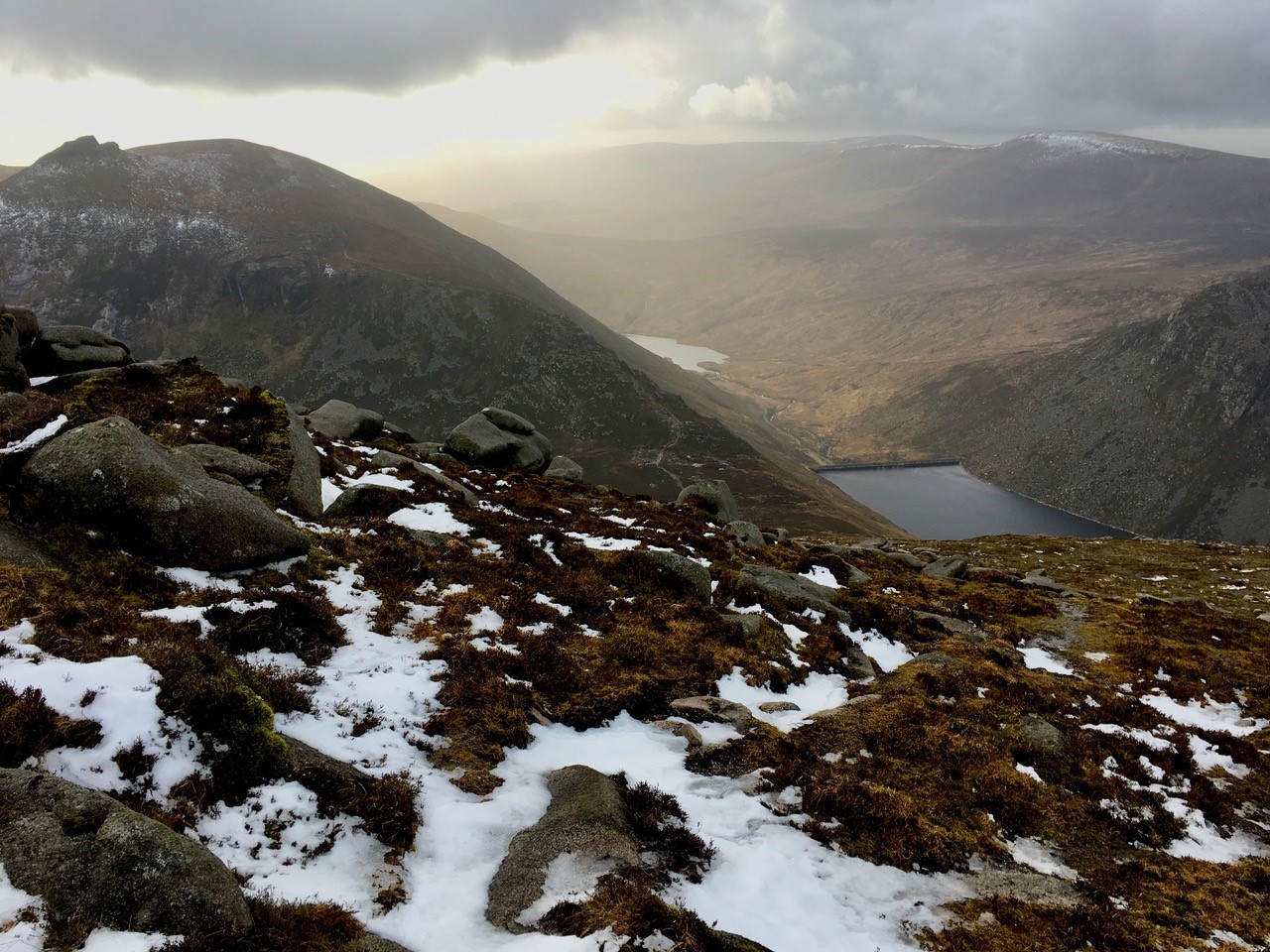 Back on the the Carrick track, I was and happy with my workout/adventure and I made my way home. 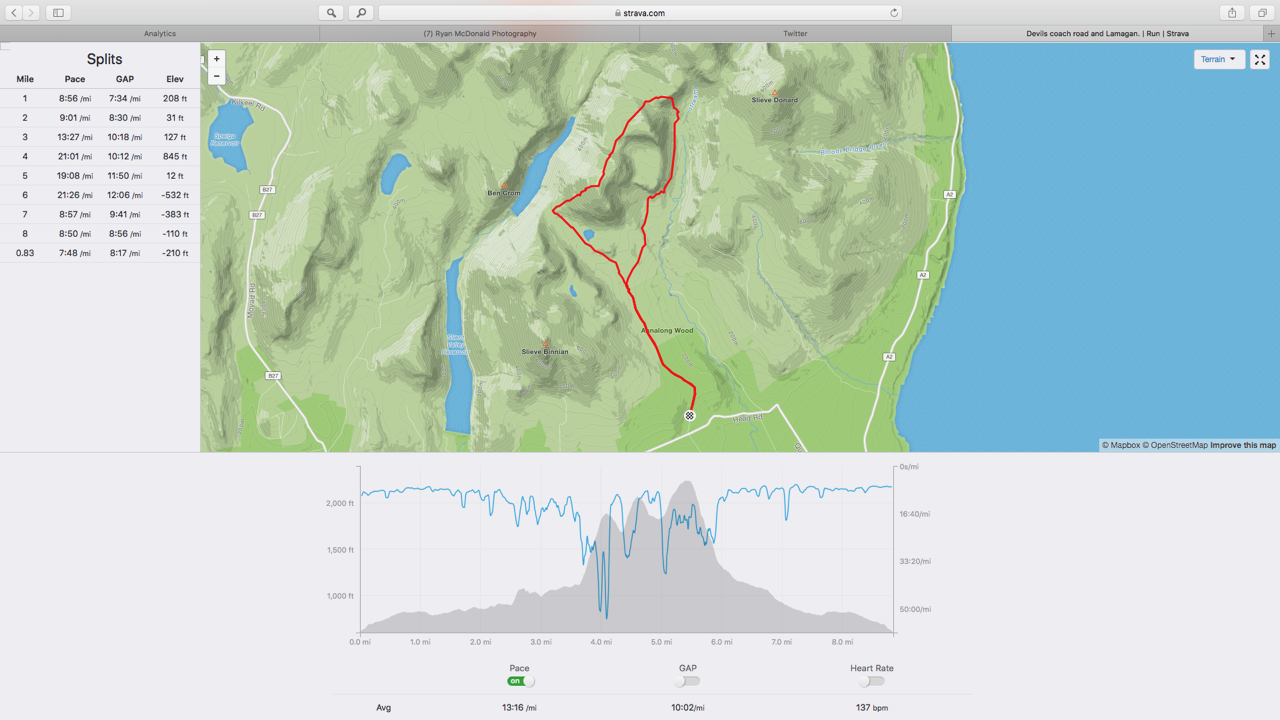 The Devil’s Coachroad is a difficult and technical climb. I would not recommend it for someone starting out at hill walking.

I have been exploring the Mournes for many years though both running and photography. I enjoy exploring new routes and paths the Mournes have to offer always being cautious and sensible when travelling alone. I would be more experienced in the Eastern Mournes usually using the Trassey track as my gateway to the beautiful landscape beyond.