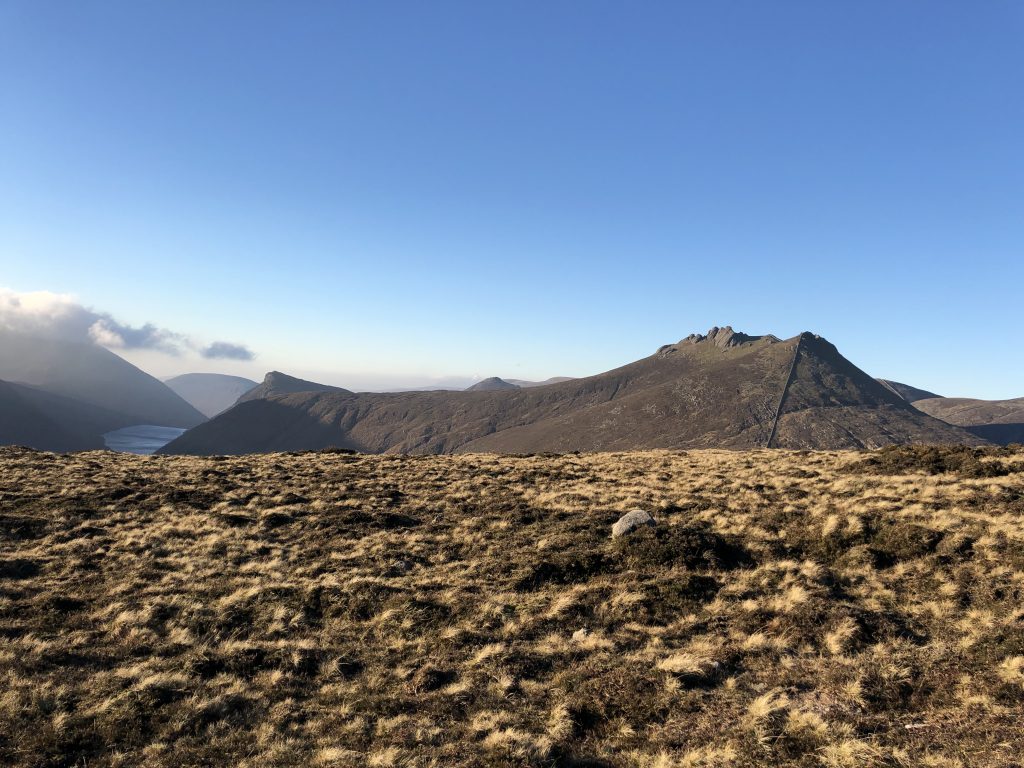 I had been watching the weather all week in the hope that the wind would die down as it was to be a really sunny and clear day on Sunday. I was hoping to capture a few shots of the first rays of autumn sun on Ben Crom Dam from what I believe is the best viewpoint in the Mournes for it. The top of Slieve Corragh.

My alarm went off at 6:10am on Sunday morning. Looking at the weather the wind was still very high but I thought I might as well, I’m up now. I packed up the kit and began the drive to Trassey track car park, arriving shortly after 7:45am. The wind didn’t seem to bad at this stage so I thought I might be in luck. Heading out of the car park I went up to the gates to the track and crossed the stile, making my way up the track through the further two sets of gates. By this stage the wind had increased significantly and I had began to wonder if I should turn and go back after heading straight at the second set of gates across the less-used path, but then I was greeted with this view and I knew I had to continue (you can just follow the Trassey track at this point).

After about a mile of further walking I came to the fork. Today I decided that I should take a right and head up towards Bearnagh quarry and then at the first right hand bend take the path up the side of Slieve Bearnagh to the Hares Gap. After another 15 minutes of walking I had reached the Mourne Wall at the Hares Gap. The wind was hollowing through the gate and I thought I am absolutely mad, but on turning around this is what greeted me.

A short stop here for a cuppa and a change to a wind-proof shell and woolly hat, knowing what I was about to experience, and it was onwards and upwards.

Stepping through the gate the full force of the wind hit me. but I was this far and wasn’t heading back now. Once through the gate I turned to the left and headed up the steps onto Slievenaglough and onwards to Slieve Corragh. After a further 2 miles or so following the Mourne Wall and I had arrived. Thankfully there are a few large rocks that I was able to shelter from the wind behind them. It was now 9:50am and the skies were a vivid blue with only a few small clouds flying past in the strong winds.

I settled down and had an early morning snack and a further cup of tea with (Lifeventure flask pictured) hoping it wouldn’t take too long for the sun to rise up above Binnian and Lamagan.

After about 20 minutes I was rewarded with this view – the first rays of autumn sun on Ben Crom Dam. Well worth it. 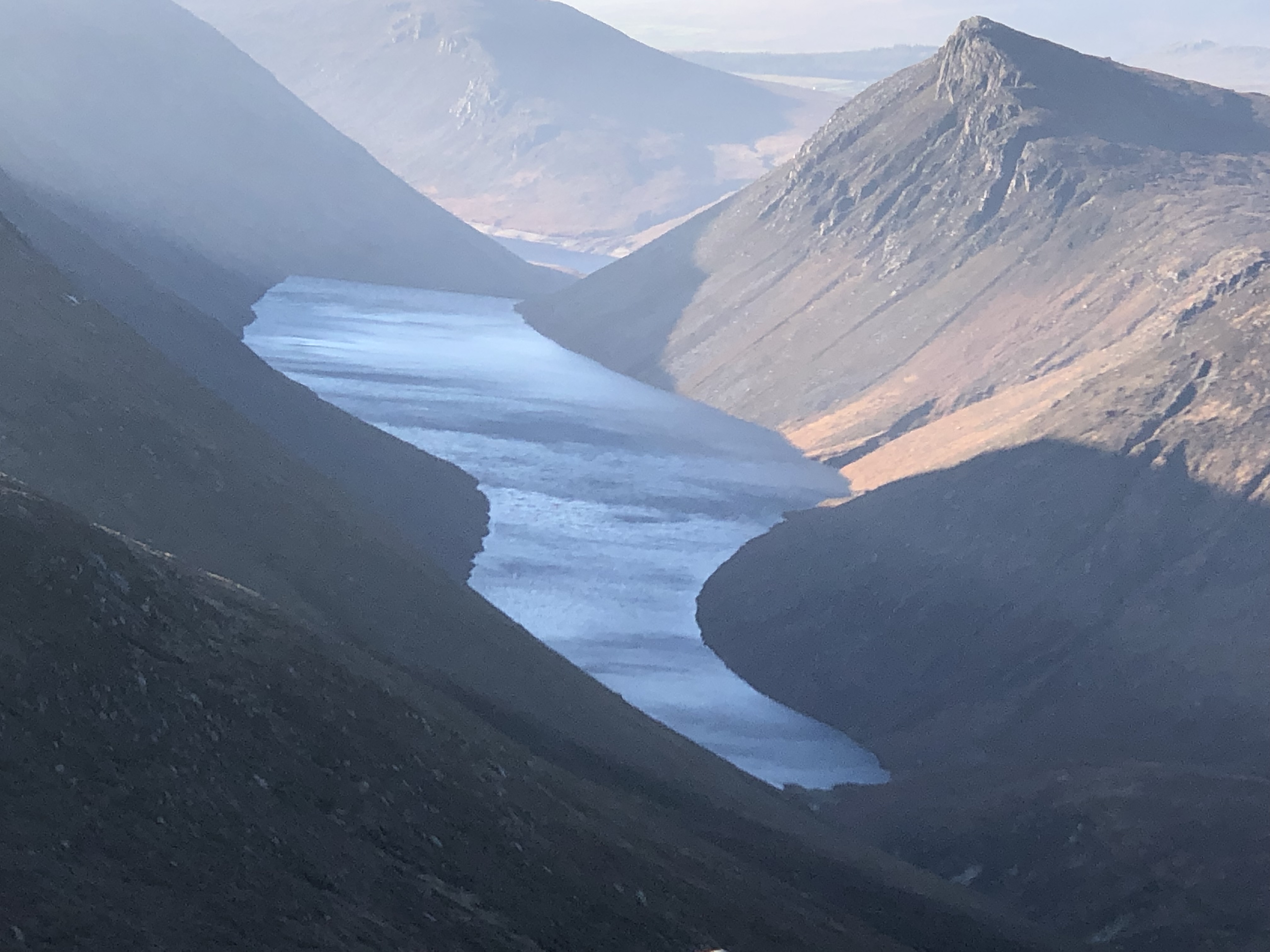 I would highly recommend this hike as it has some stunning views and has good paths for the majority of the way.