Lead The Way Tour: Uncovering the history of Carrickfergus in World War II 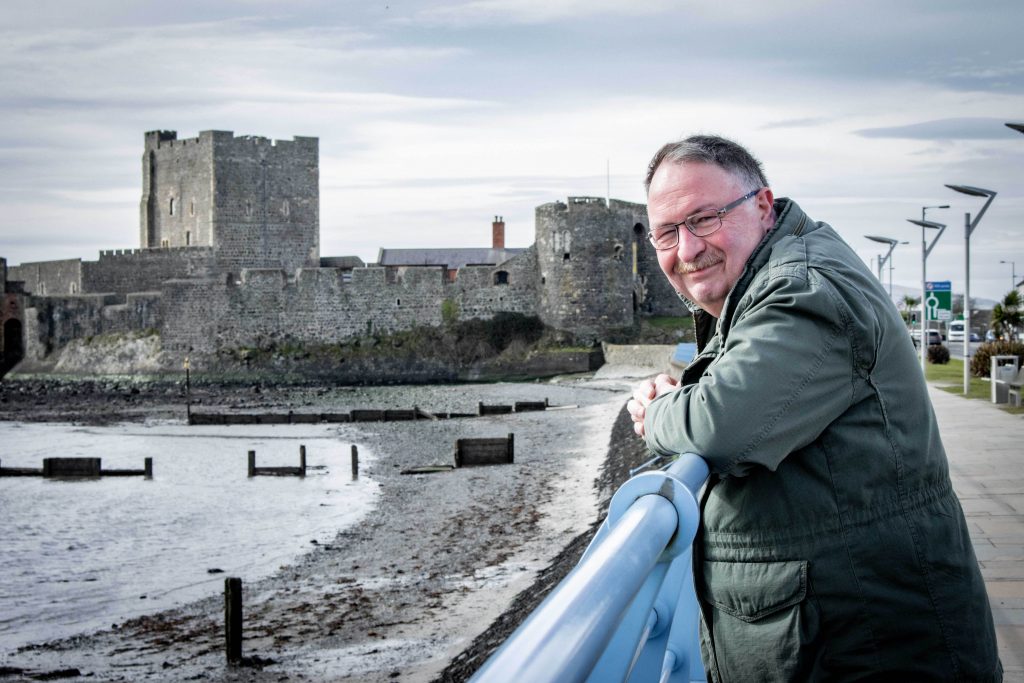 Interested in finding out more about the history of Carrickfergus and how it was impacted by World War II? Why not try Lead The Way Tour? Here’s what owner Adrian Hack had to say about it…

Adrian, tell us about your walking tour. 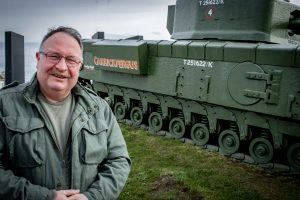 It’s a tour that tells the story of how Carrickfergus, Northern Ireland, changed dramatically during the Second World War.

We all have ancestors who lived through the most tumultuous period of the 20th Century. Not all were on the frontline, but that doesn’t mean they didn’t play their part. They endured rationing, were aware of the threat from air raids, took up employment in key industries, and helped with civil defence. And a lot more besides.

Joining one of my tours will help you better understand what your parents, grandparents, or great-grandparents went through, as well as having a good dander around the town.

What makes it different? 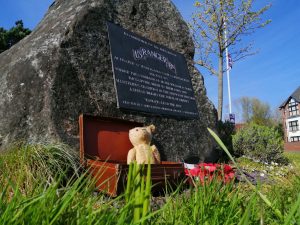 First up, there isn’t a tour like this in Northern Ireland. Outside of London, there are very few like this in the UK.

Then there are my exhibits. Over the last two years, I’ve been gathering up bits & pieces to show Guests on my tour. What started as a few small items, which I carried about in a rucksack, has grown: gas masks, ration books, identity cards, blackout precautions, information booklets, over 100 photos, reproduction Mae West Lifejacket and Para-dummy, and more are being added as I find them. I now have so much to share, I recently bought a trolley to pull my mini-museum along the route! 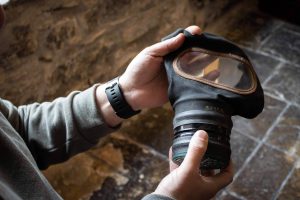 These all help me tell the stories of the people who lived, worked, or were stationed in Carrickfergus during the war.

And what made you start this type of tour?

I took early retirement in 2018, and on the lookout for something new to do. Someone suggested attending a Tour Guiding course being run through a local community organisation. I took up that suggestion and found it really interesting.

As part of the assessment, I had to create a short guided tour. The obvious topic for anyone living in Carrickfergus was the Castle, but as I’m a bit thran I looked for something different. Just below where I live is a commemorative boulder marking the area where the WW2 US Rangers were formed in 1942. That’s about all I knew about them, so I did a bit of research. That started me down a complete rabbit warren!

Soon, I was reading up on tank manufacturing, parachute production, overseas troop bases, and air raid precautions. To top it off, I found a photograph in the museum archives of my mother-in-law helping to assemble a para-dummy (you may need to Google what this is, or come on my tour!). 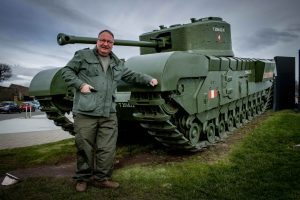 Despite having lived in Carrickfergus for over 50 years, I didn’t realise until then that it had a hugely significant role to play during the war, even though the town was well away from the battlefields.

That got me thinking. If, after 50-odd years living here I was unaware of all this relatively recent history on my doorstep, what about other residents? It turned out the vast majority of folk were as oblivious as I had been.

That, in a nutshell, is why I started “Lead The Way Tour”: uncovering the unique role the town played during the Second World War.

Of course, events elsewhere impacted on the town, and I cover some of those too. Much of what the citizens of Carrickfergus experienced was replicated across Britain. However, my hometown had more going on per square yard than most.

What can people expect from your tour? 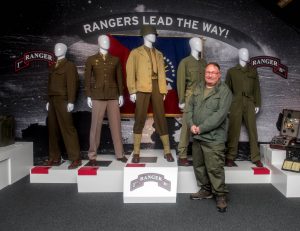 A warm welcome, to start with! I love what I do. Sharing the relatively modern history of my hometown is pretty special to me.

I mentioned my mini-museum truck earlier. I bring along as many artifacts as I can pack in. You will see some gas masks (including one designed to be used by infants), parachute material, blackout equipment, ration books, identity cards, evacuee suitcase (complete with well-loved teddy bear), and other bits of memorabilia. These seem strange nowadays, but would have been commonplace during the war.

There are two versions of my tour. A short tour (just over a mile long completed in an hour and a half), covering about 75% of my content. It’s enough for those looking for a quick overview. A longer route (2.5 miles, and up to two and a half hours duration) includes just about everything I have.

All tours start and finish from Carrickfergus Castle.

Where can we find out more? 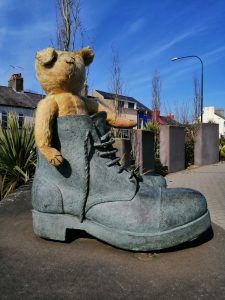 My website gives useful, practical information. In addition, my Facebook Page shares stories relevant to tourism in Carrickfergus and events related to Northern Ireland during the Second World War, so it’s worth following, whether you join a tour or not. 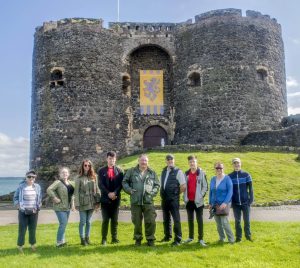 Just to say that my tour is not a WW2 history lesson, or used to glorify war – it’s far from that. Yes, there will be a few key dates that I mention, but my tour is really about how the town of Carrickfergus, and the people in it, responded to world events between 1939 and 1945.

I genuinely believe that everyone who comes on my tour will leave with a better understanding of what the Greatest Generation experienced, and will have enjoyed their hour or two with me.

Find out more about Lead the Way Tour here.