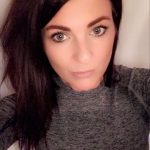 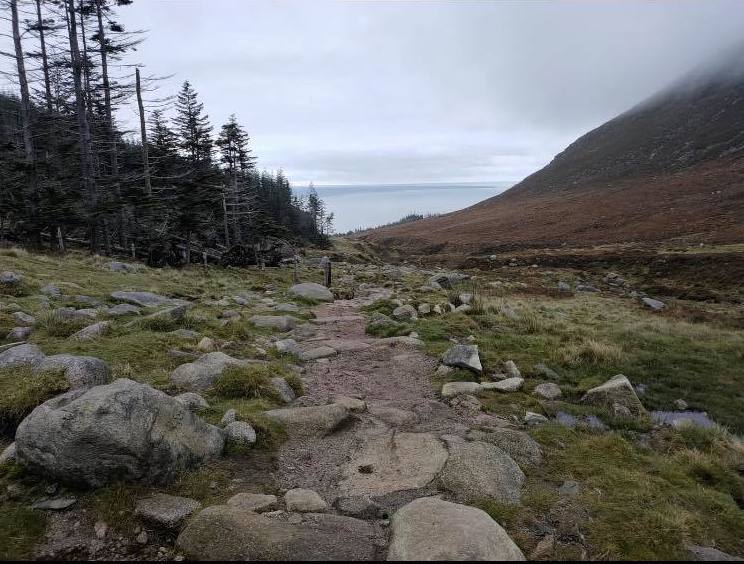 On Saturday 17th of October, myself and two others decided to get back on the horse after completing the Seven Sevens a few weeks previous. The alarm was set for 4:30am and off we went in separate cars to climb Slieve Commedagh. 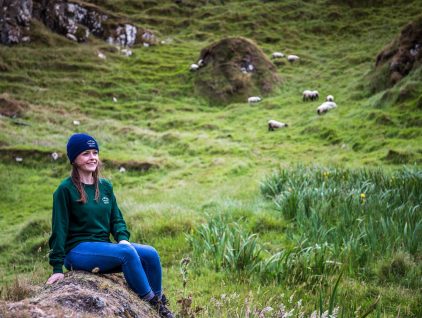 We arrived at Donard Car Park shortly before 6am to be greeted by a gentleman and his friendly Springer Spaniel. Off we went and started to climb through the forest with our head lamps on – there was very little to be seen at this point. We were well wrapped up and stopped at the first bridge to remove our layers ahead of the slippery ascent to the end of the forest.

Thankfully that morning there was no rain, and being the optimists that hikers often are, we were slightly hopeful of catching a sunrise as we could see head lights at the Saddle.

Once out of the forest, we trekked on following the rugged path upwards towards the steps, only stopping once as we got a little disorientated – anyone who knows me knows that I am never the “Sherpa”. Once on the stone path, we stopped to look back and we were greeted by some fantastic views of Newcastle, Murlough and the coast as dawn was just breaking. 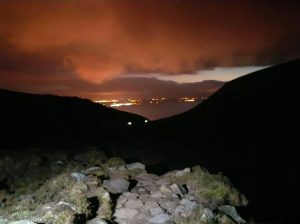 We eventually reached the Saddle to be greeted by a group doing the four peaks. We had a quick pitstop before we moved upwards towards Commedagh. Once at the Saddle we were greeted by a blanket of fog and we could hardly see each other. Since I began hiking, I have always been fortunate enough to get pictures of outstanding beauty. This was not to be the day for that.

After a few metres into our ascent of Commedagh we quickly discovered it was a slippery slope. We pushed on upwards with the wind howling around us, secretly hoping that the summit had moved and was closer than we thought.

Eventually we arrived at 7.30am with wet hair, wet clothes and hungry bellies. We took shelter in the hut at the top and laughed at how delusional we were to ever expect to see anything other than fog. 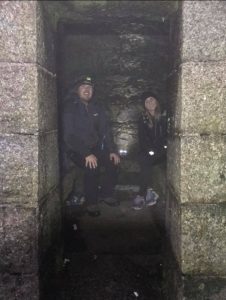 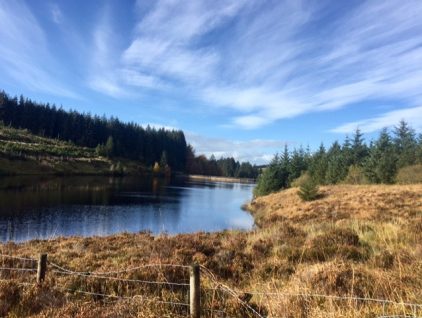 We didn’t stay long and ran down the mountain to the Saddle with an extra spring in our step at the prospect of getting into a warm car. We were greeted by Fell runners on their ascent and as mountain etiquette goes, you always give way on your way down. My buddy gave a little too much and ended up in the stream at the steps, thankfully hurting nothing but his pride!

Eventually the fog left us about ten minutes’ walk from the forest. With a hop, skip and jump, we were back in the car and heading for breakfast in Newcastle. With the increase in restrictions we had a breakfast bap on the seafront to warm the bones. 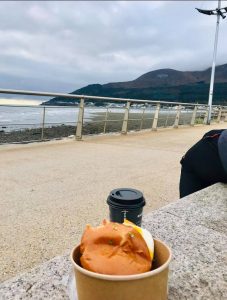 Hi, my name is Leanne Brannigan and I live in County Down. Between juggling a full time job in Advertising and two children, I spend my free time wisely by hiking in the Mournes. I love the fact everyone is so friendly and no one cares about appearance, income or social stature.