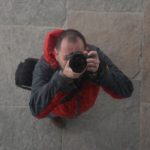 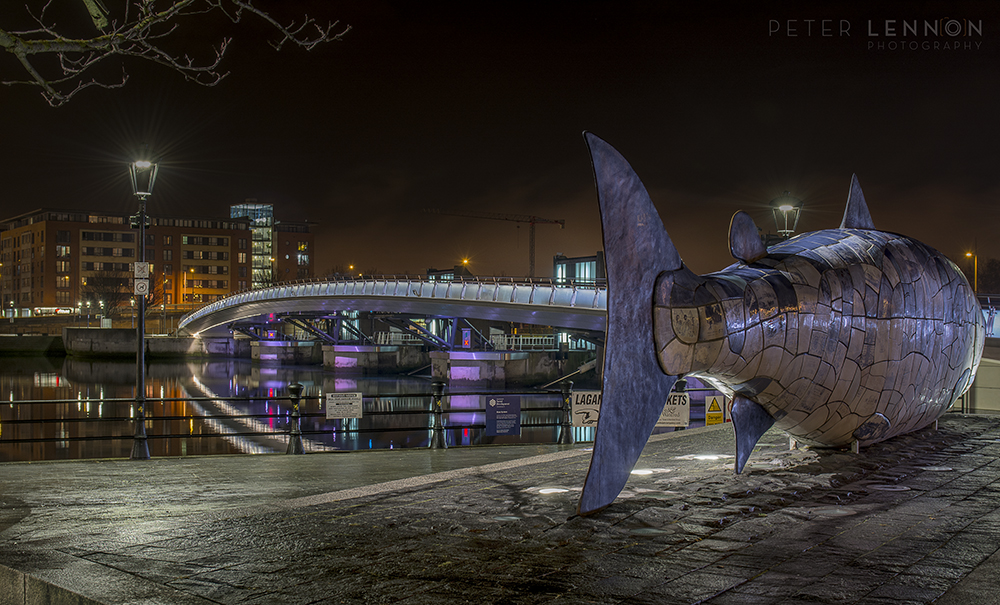 So, what are the numbers? Well, they are the latitude & longitude of my hometown of Belfast, and in this blog I am going to share with you some of my night time images of the town’s architecture and bridges. Well I say town because, when I was growing up there we always referred to it as ‘going into town’. However it is actually a City on the banks of the river Lagan which has, quite literally like the phoenix, risen from the ashes of the 1970s and 80s, and in the past few years I am delighted to say that she has reinvented herself as a tourist Mecca and Cruise Ship destination – a long long way from the Belfast that I grew up in. 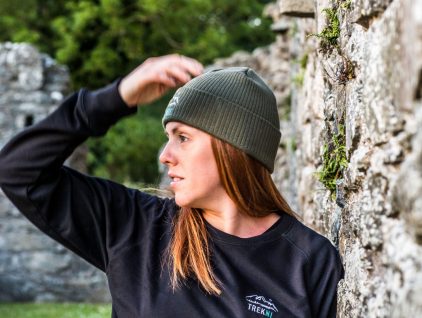 Unfortunately, there may not be any cruise ships visiting us in 2020 because as I write this blog, we are in the midst of a global pandemic, the like of which we haven’t seen in our lifetimes. The daily reporting of increased numbers of people infected by Covid-19 and the rising death toll has resulted in a ‘lockdown’, restricting our freedom to go wherever and whenever we want to and for a lover of the Mountains and Beaches of Northern Ireland, this is a struggle!

The number of catastrophes and horrendous natural disasters has led us, in this part of the world to become desensitised to watching crises which often unfold in other parts of the world, far away from our relatively safe environment. However, this pandemic is no respecter of race, creed, colour or borders and we have learnt very quickly just how fragile our world really is! 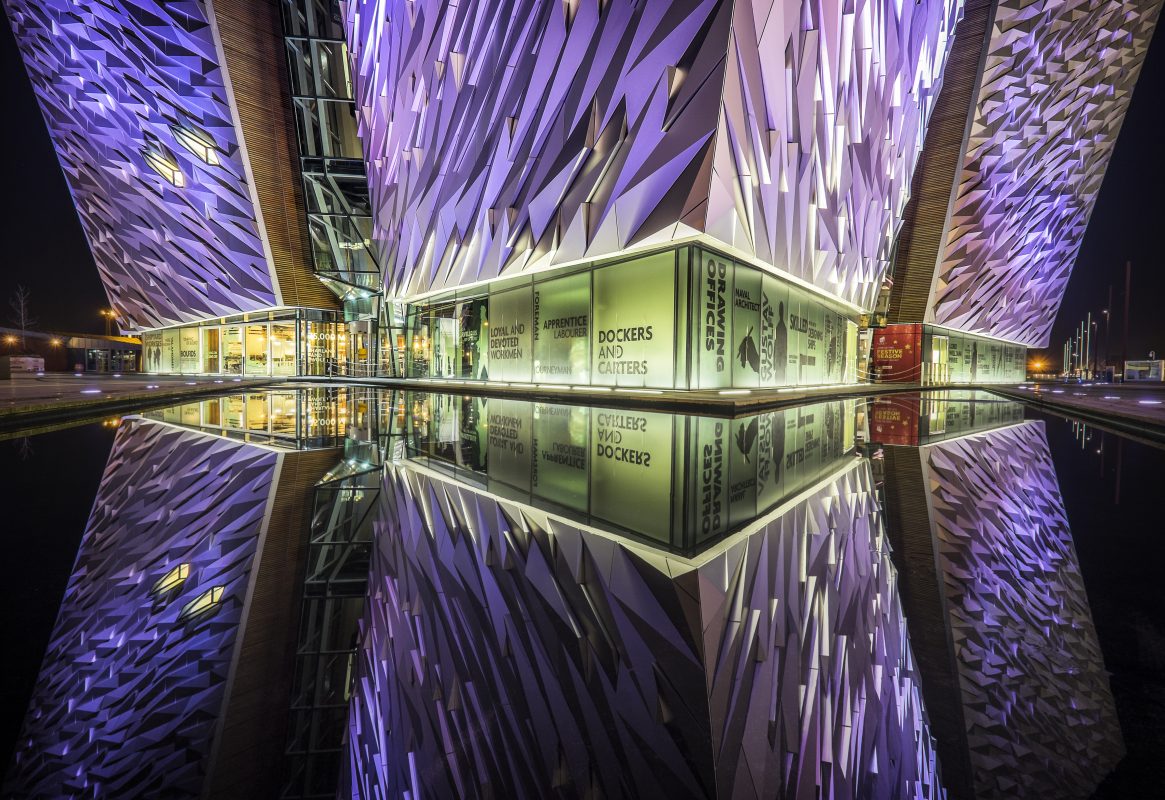 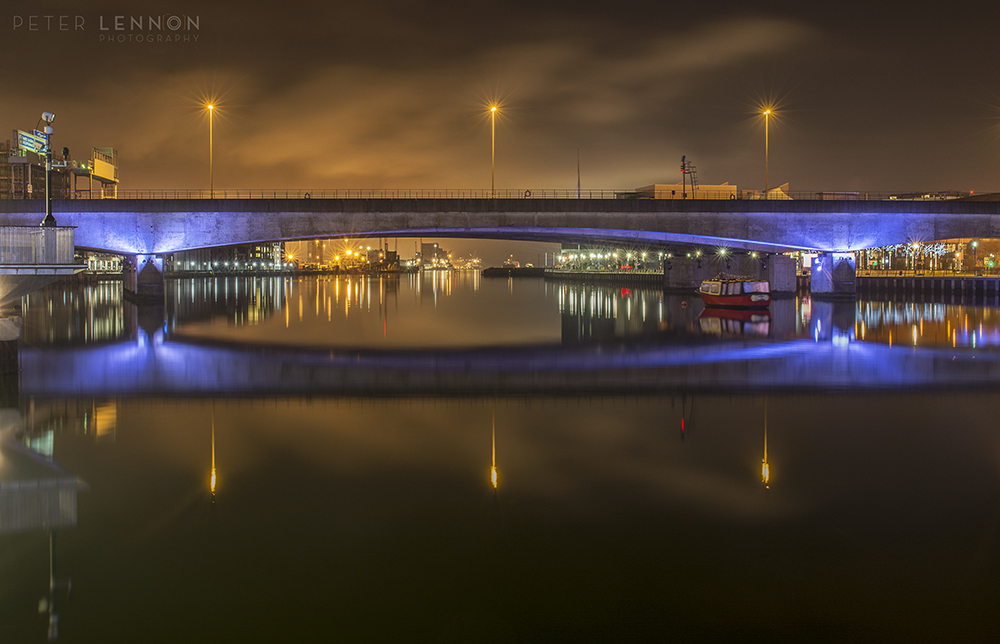 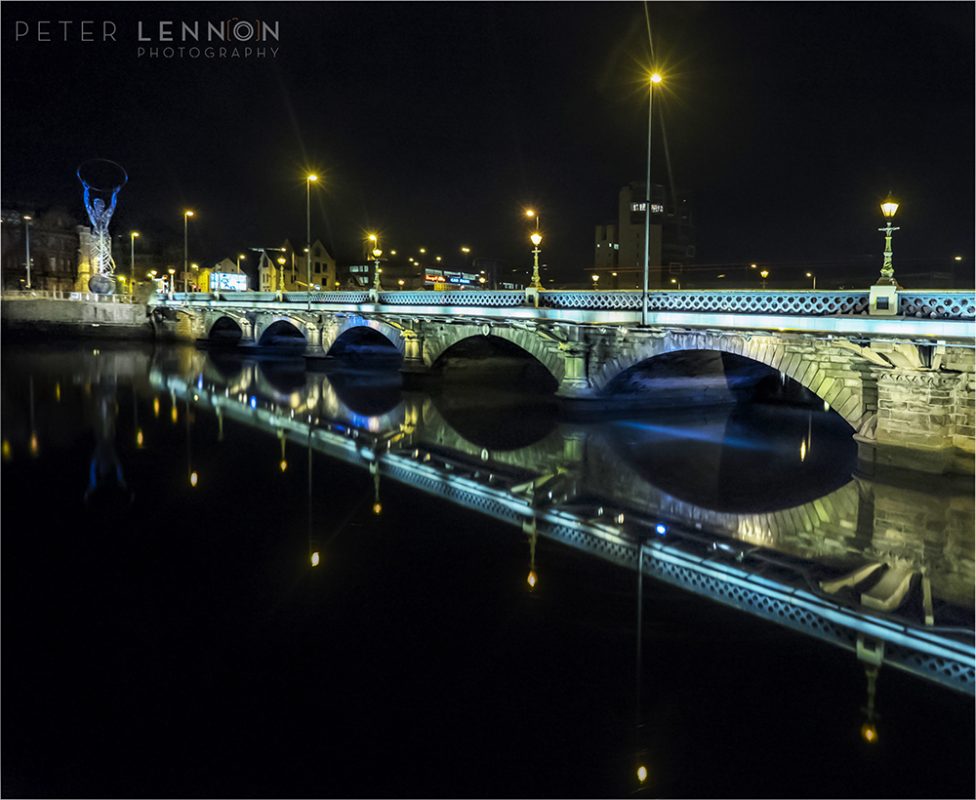 Working from home has become routine for many; no hugs for elderly parents nor childminding of Grandchildren by their Grandparents, cancelled holiday plans, no sport, no eating out, no meeting with friends and lots of new beards and hair colours!!

Ironically, the technology which was not available when I was growing up has assisted us all in keeping in touch and allowed us to have virtual family get togethers, online quizzes and the increase in online shopping has seen an endless flow of delivery vans appearing at my door.

However, they say every cloud has a silver lining and it almost seems like this global shutdown has allowed the earth to start to heal herself, as we hear about huge reductions in pollution levels across the globe, dolphins appearing in the Venice lagoons (though this was proved false, unfortunately) and even our own Giants Causeway stones have seen an explosion in little purple flowers, as there are no feet to trample them!! 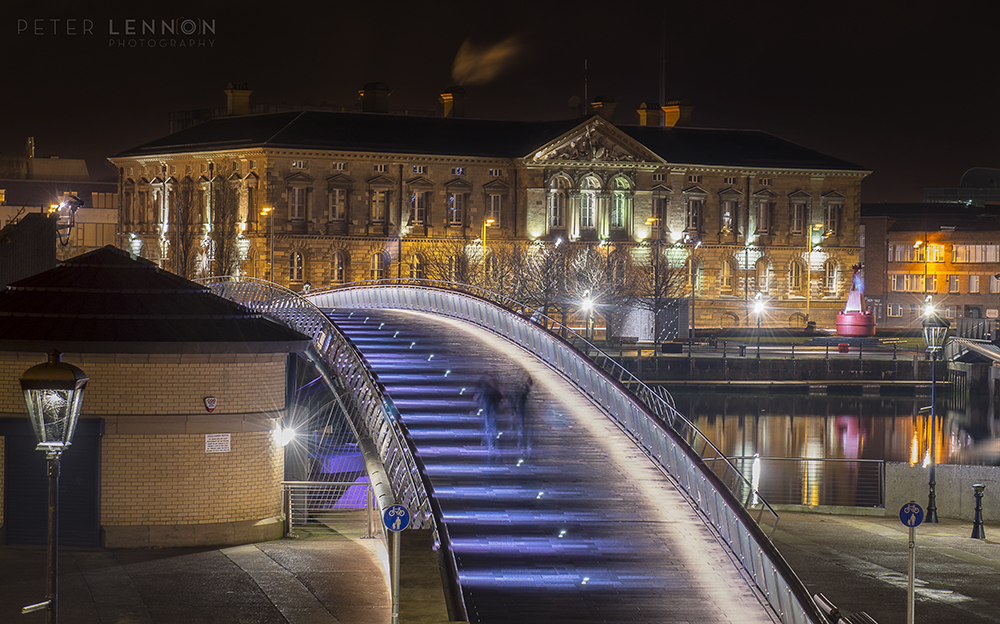 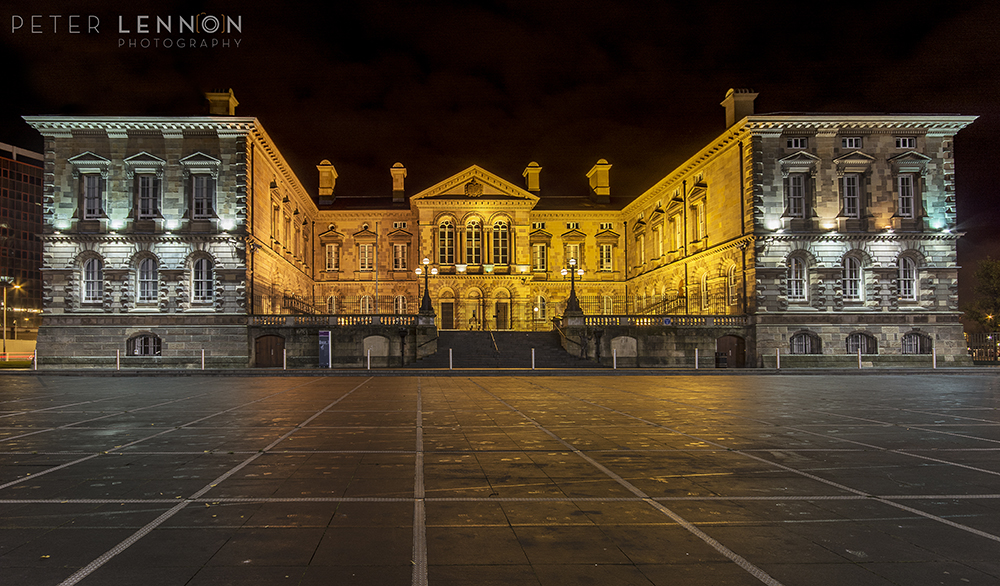 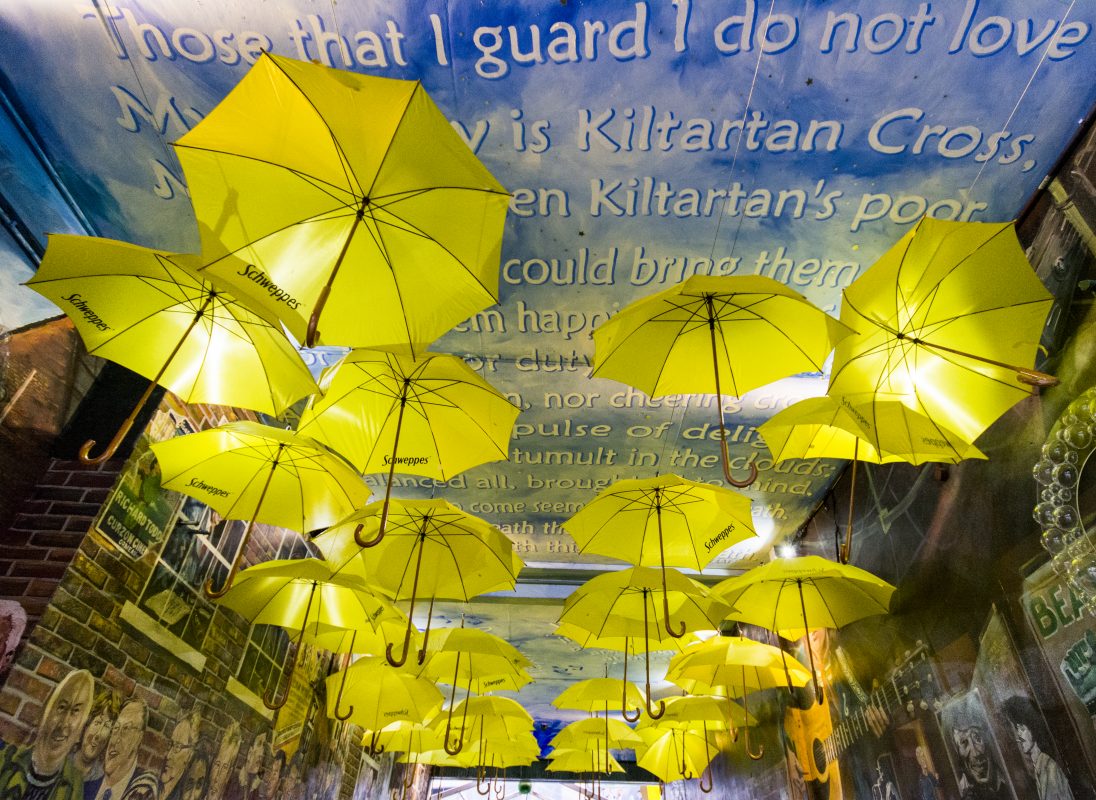 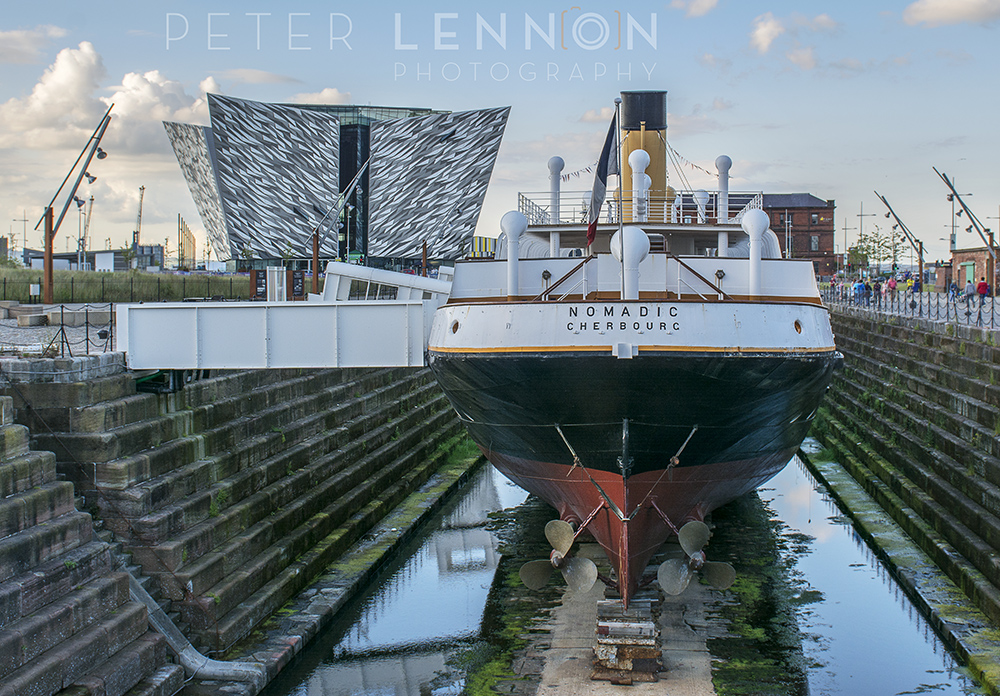 That is not the only by-product of the shutdown – people have started to talk to each other more, from strangers to neighbours, reaching out to each other to offer help, advice, a kind word or deed and if there is one thing that I hope for when this is over, it’s that we don’t retreat back into our shells!!

Now, moving on, those of you over 50 who are reading this will remember growing up in a time when Northern Ireland suffered from a different ‘plague’ but back then it was known as ‘The Troubles’.

As a young boy, I lived in relative safety on the fringes of the City, only a few short miles away from most of the serious violence, but close enough to remember hearing the occasional explosion or gunfire and being naively unaware of what was really going on. 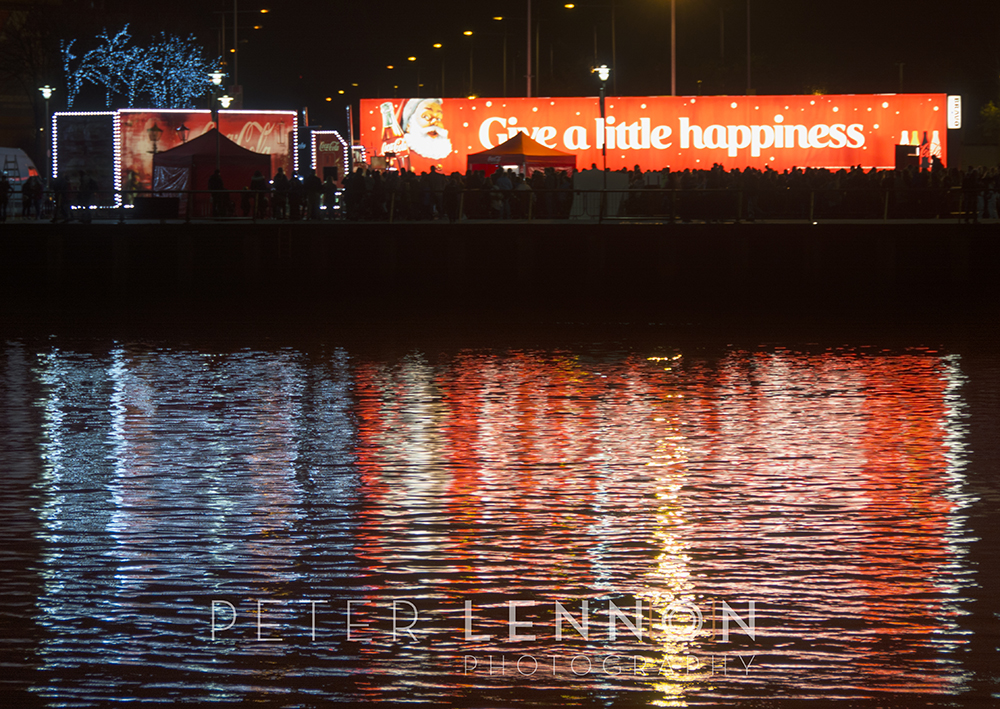 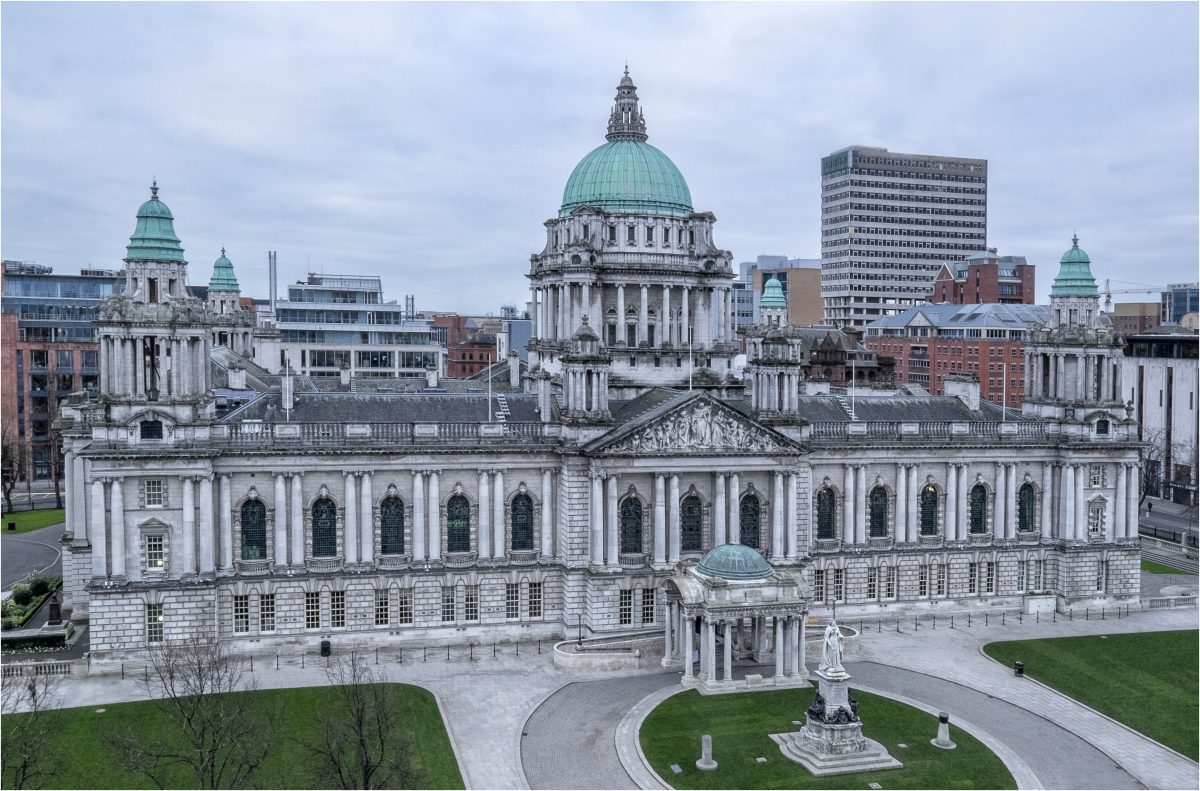 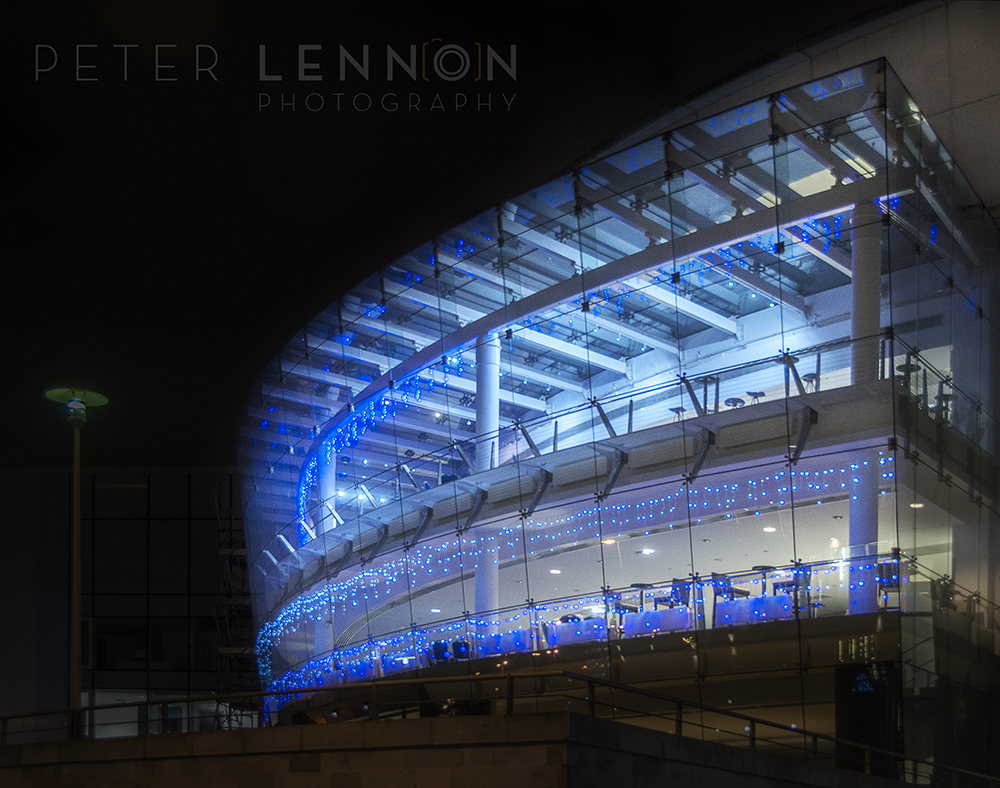 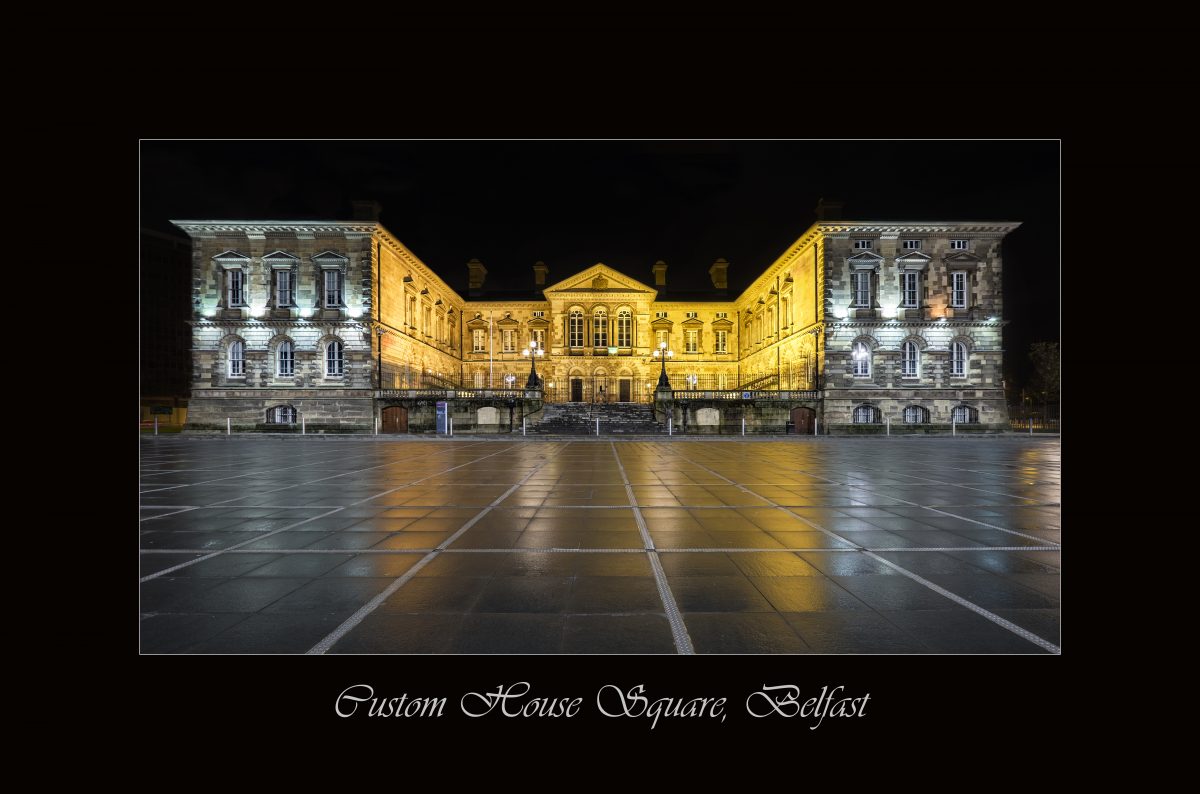 However, despite the dark days of ‘The Troubles’, when many of the buildings were reduced to those aforementioned ashes, and the Army patrolled the streets, this was my home, my ‘norm’, and I wasn’t consciously aware that this was actually far from normal when compared to other cities like Manchester or Edinburgh.

Despite this backdrop to my formative years, I had a very happy childhood and wonderful, caring parents, who worked hard to provide for me and my younger sister.

As children we had no mobile phones or computer games, no Broadband, no Facebook or Instagram and definitely no 50-inch TVs with satellite!! In the long summer evenings, we played outside in the street with our friends, blissfully unaware of the latest tragedy that was unfolding just a few miles down the road. 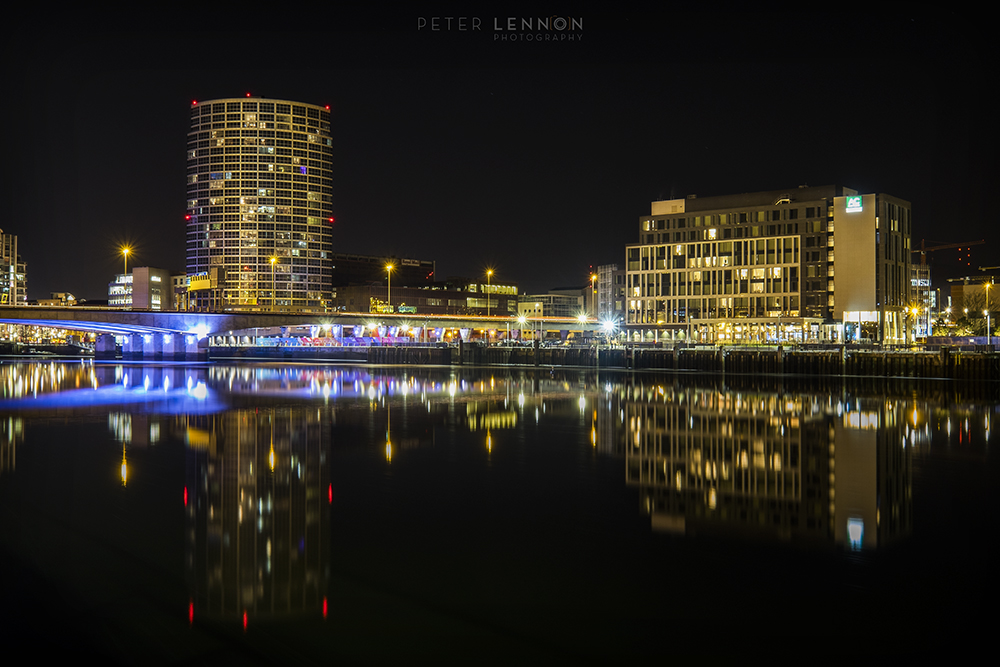 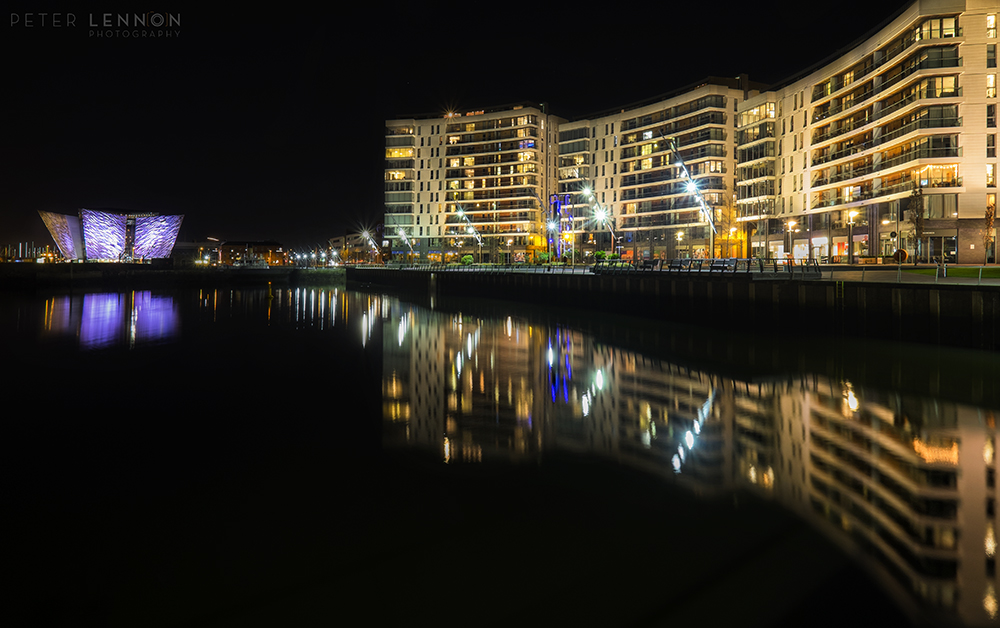 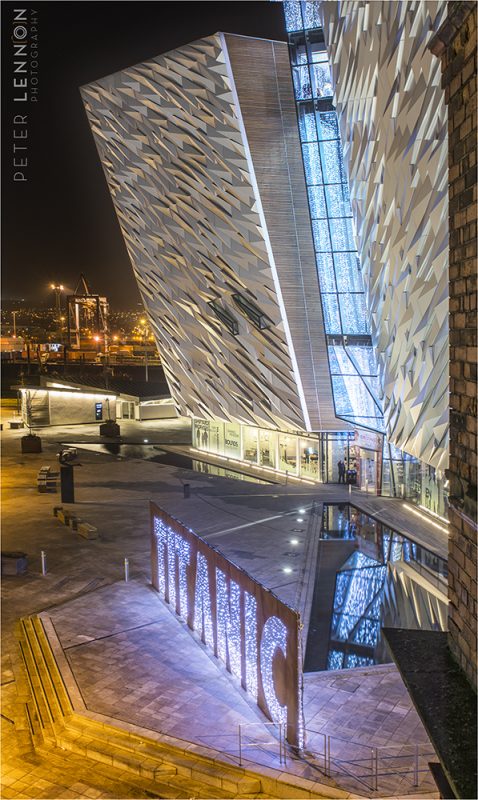 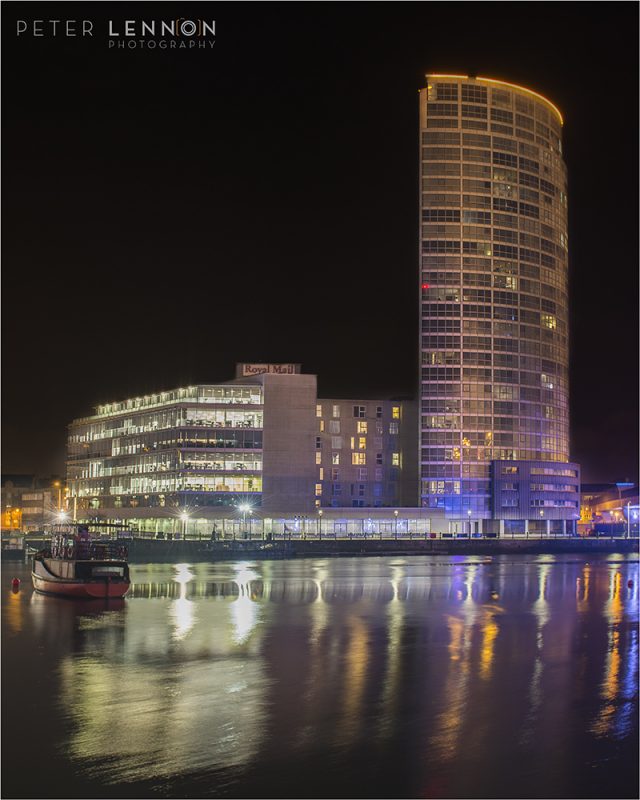 In the summertime, it wasn’t the Canaries or Disney for us, but the beaches of the North Antrim Coast – very happy memories recorded on film forever, as my Dad was seldom without his trusty camera, which was perhaps the catalyst for my early interest in photography and the beginning of my love affair with the North Antrim coast, which remains to this day.

In the 1960s and 70s, Belfast was still a very industrial City and produced everything from Ships to Shirts, and my Dad worked in ‘the yard’ where the Titanic was constructed – the yard I am referring to is, of course, Harland & Wolff shipyard, which employed around 25,000 people back in the day.

All I knew back then was that my Dad built boats! It wasn’t until later that I learnt that he had started in the yard at the ripe old age of 14, later became an apprentice carpenter and finally trained to become a draughtsman, working in the Drawing Office (now the Titanic Hotel), and assisting in the design of ships such as the Canberra.

Unusually for that era, my Grandmother and her Sister both owned their own businesses. My Granny’s business, The Belfast Pleating Company, was in Great Victoria Street and made pleated skirts and individually hand-made buttons for the clothing industry, whilst her Sister had a shop on Duncairn Gardens.

They both had a Saturday routine which usually involved a trip to the hairdressers and a visit to the tearoom in Robinson & Cleavers, one of the many large family-owned retail stores which graced Belfast streets in those days, names such as Anderson & McAuley, Robbs, Arnotts & Brands & Normans – all gone now and replaced with the multiples like Debenhams, M&S & Next, making the Belfast high street look like any other in the UK and taking away its uniqueness.

Life was simple then. We were definitely not materialistic and although I now look back with great fondness on my childhood, I sometimes wonder if I see it through rose-coloured glasses or was it really that good! 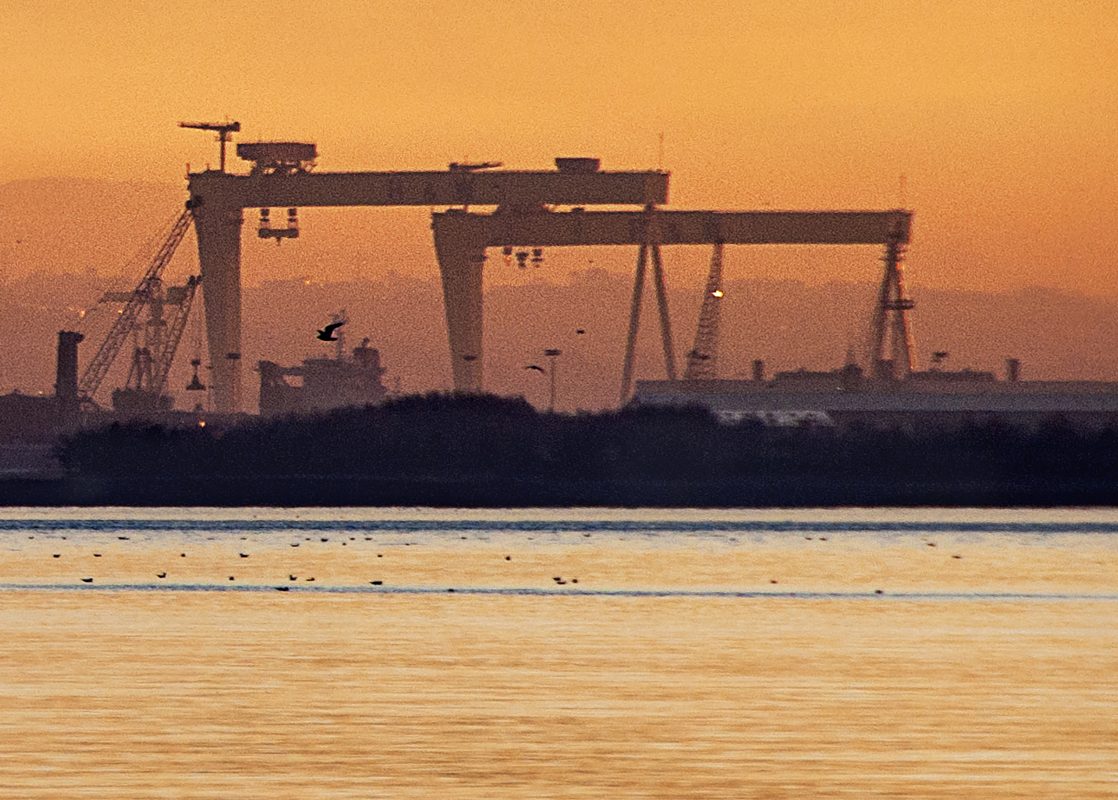 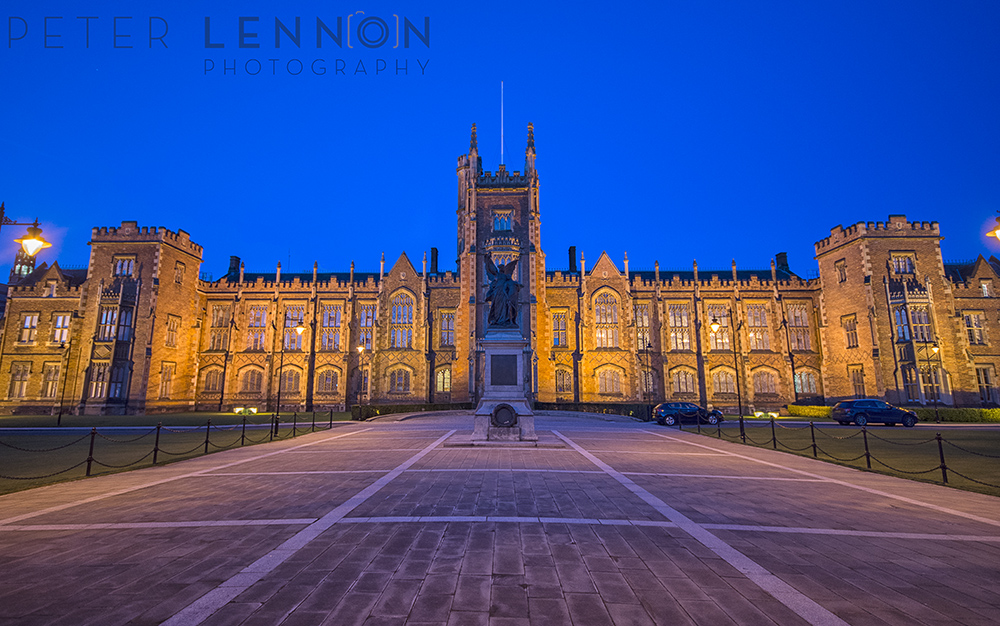 However, life for our wee family was to change suddenly and dramatically on 31st October 1978 when my Dad passed away – no warning, and it changed us all forever, but in later years I had an even stronger draw to the beaches of North Antrim where I played in the waves with my children, just as my Dad had done with me and my sister years before.

So why the night time shots of Belfast? Well, although I always had an interest in photography, that interest had waned until the rise of the digital camera revolution. With this renewed passion, I started to look at Belfast’s buildings with fresh eyes and particularly learned to love them after dark, when the streets are empty and a strange quietness settles over the City. 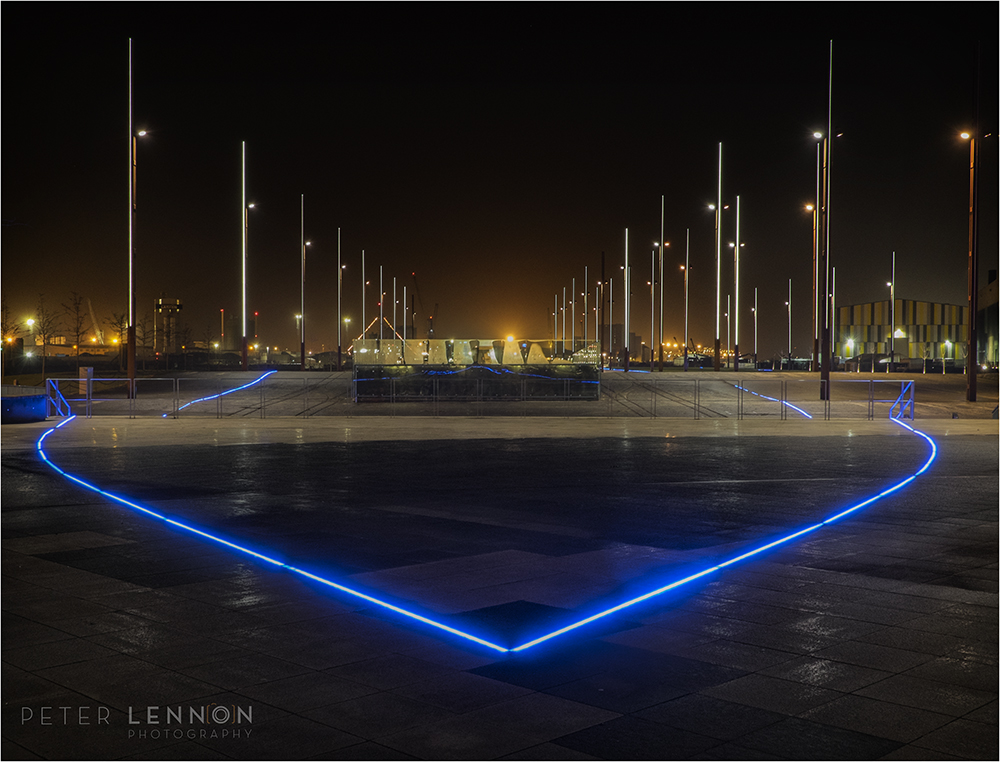 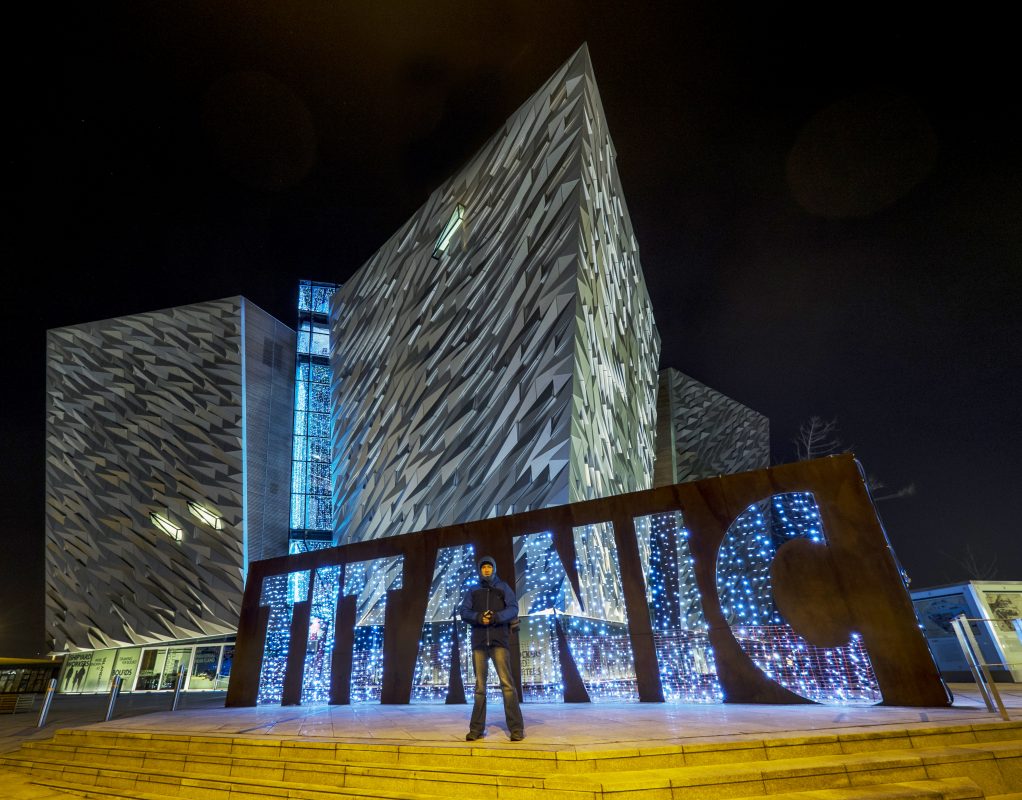 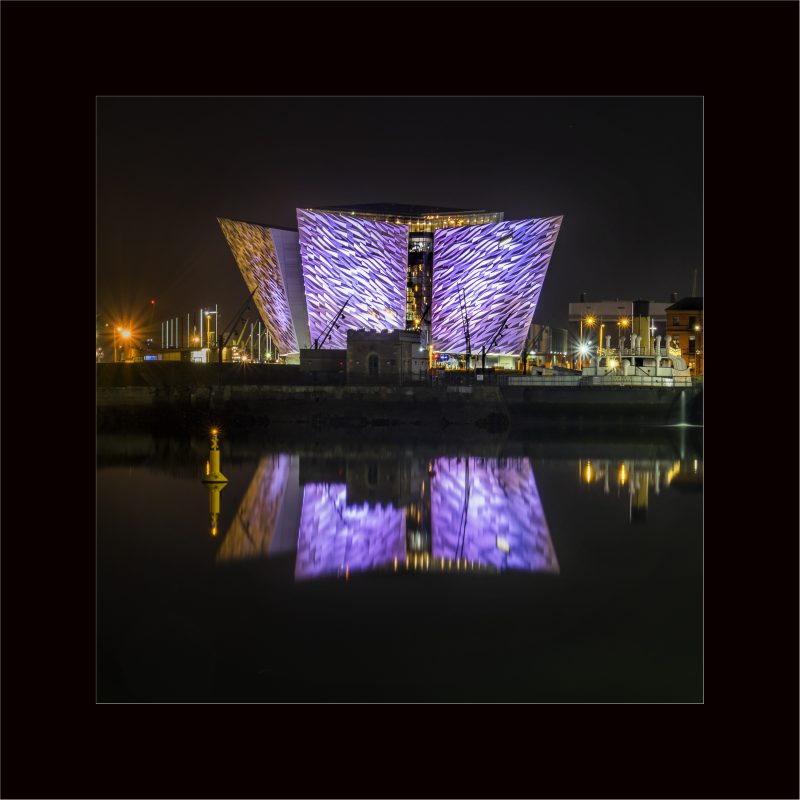 The relatively-new Titanic Quarter holds a particular fascination for me and I feel a strange peace when I am there at night on my own with my camera, and I think it’s because I feel a very strong sense of my Dad there, and it is comforting even after all these years.

Well, there you go – I’ve maybe shared a little bit more of myself with you in this blog, than I intended to when I started writing it, but I think that is important because photography is as much about the feeling, effort & rationale for capturing a particular image, as it is about the final result.

Obviously, I can only view the pictures through my eyes and experiences, but in sharing a little bit of my story with you, maybe you too will also see more than just a photograph on a page! 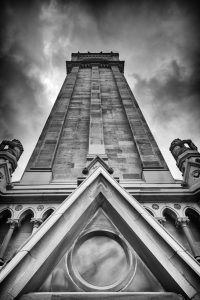 As someone who is the wrong side of 50, and whose working week is dictated by the clock, deadlines, diaries and spreadsheets, I love to spend my spare time combining my love of the Mournes and the North Antrim Coast with my passion for landscape photography.