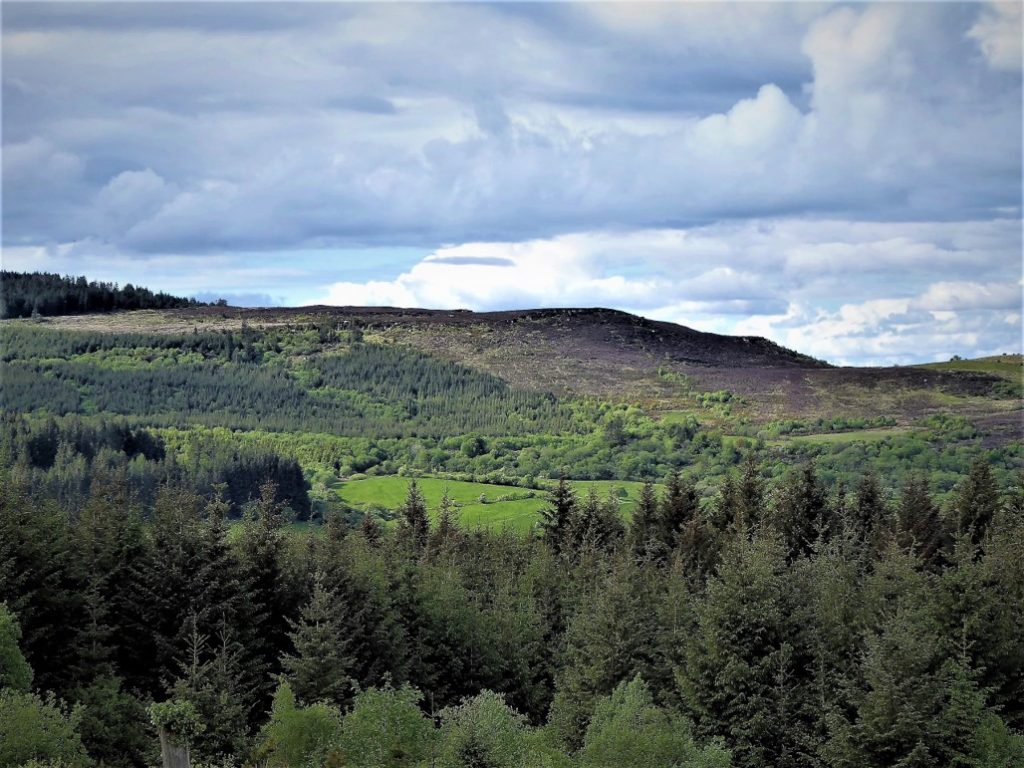 Have you visited Belmore and Ballintempo forests recently?

My wife and I spent a few days in County Fermanagh recently. We were based in Enniskillen and, having recently become members of the National Trust, Castle Coole and Florencecourt were top of our visit list. Both lived up to expectations with the manicured and well tended gardens of both properties a feast for the eyes, particularly the walled garden at Florencecourt, where the two-acre kitchen garden is gradually undergoing a return to its original 1930s function as a flower and vegetable garden.

Much as we enjoyed the formal surroundings, we also wanted to experience some of the wilder, more desolate landscapes of the area. We had completed the Cuilcagh “stairway to heaven” on a previous visit, so this time we decided to seek out a couple of forest walks.

We chose Belmore Forest for a quick evening dander, its mere 9km suggesting it could be completed in a couple of hours. Soon after the start of the walk we arrived at a disused quarry with sheer limestone rock faces reminding us of its former use.

READ: The Mid-Ulster Mountaineers Road to the Seven Sevens

A few metres further, a sign directed us to Pollnagollum Cave. The cave makes an appearance in Game of Thrones as the hideout of Beric Dondarrion. An observation platform afforded an excellent view of the cave. As we were enjoying a protracted period of dry weather, the often torrential waterfall was little more than a trickle.

Returning to the main track, the walk continued in an uphill direction for about 1km until we reached a height of about 300m. 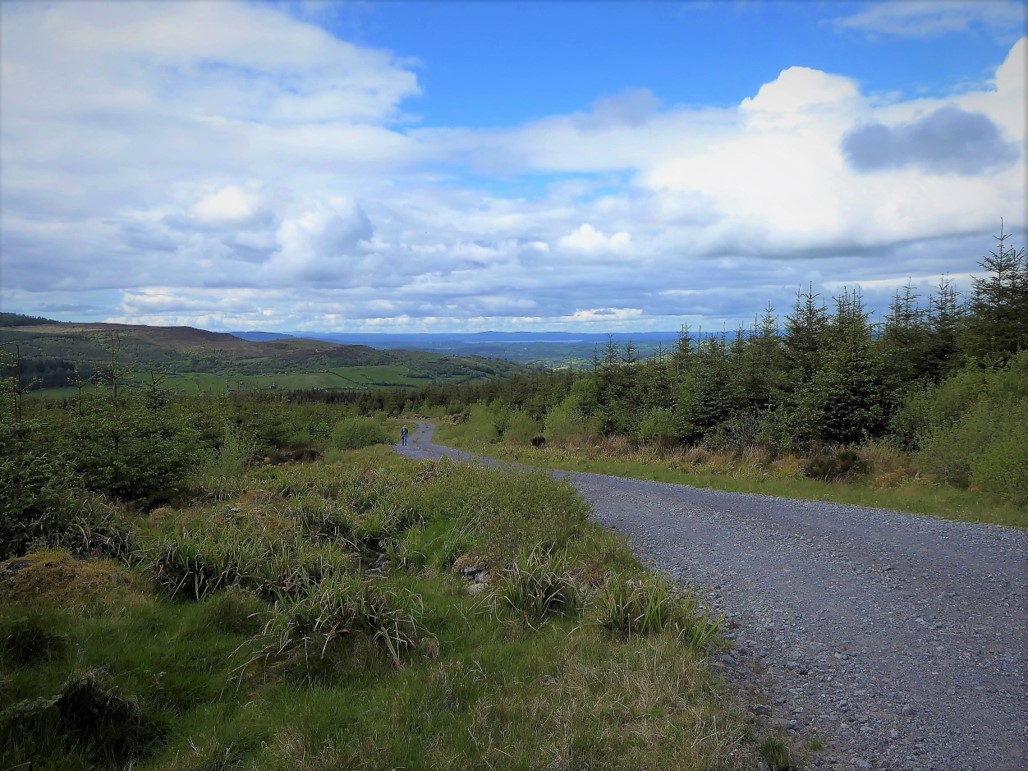 The signage was excellent, wooden posts with black arrows on a white background keeping us on the right track.

The views were extensive with Ross Lough, Lower Lough MacNean and a distant Cuilcagh visible at various points. 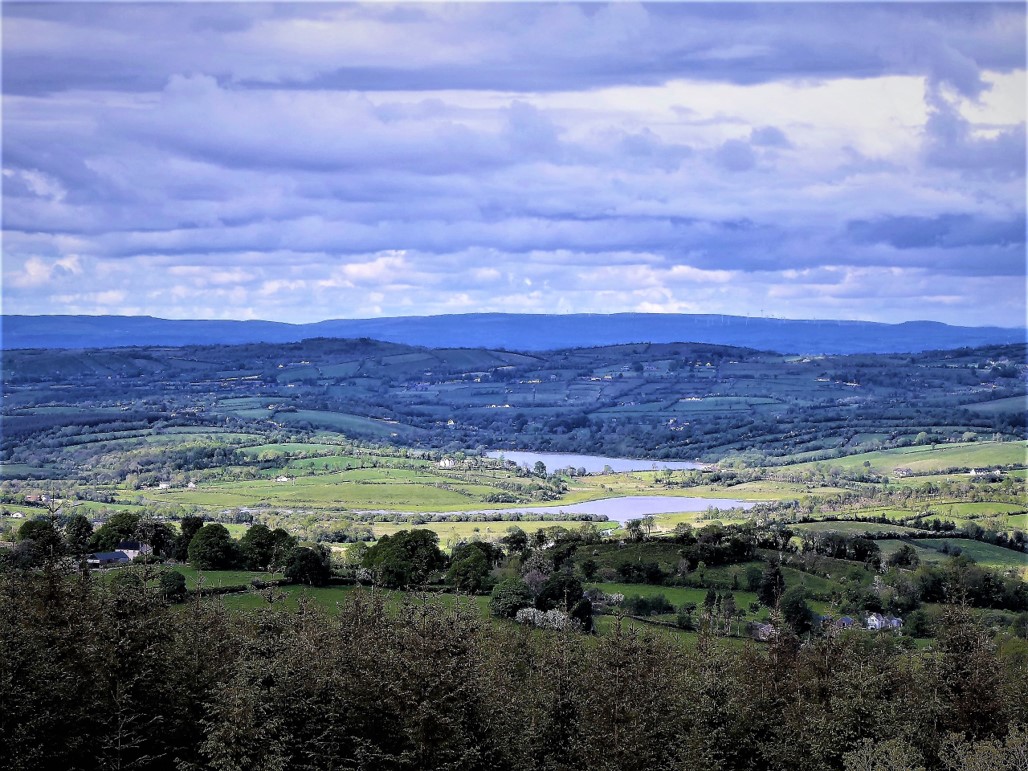 As the track levelled out and rolled gently through the forest, gaps in the trees afforded excellent views of the surrounding landscape. 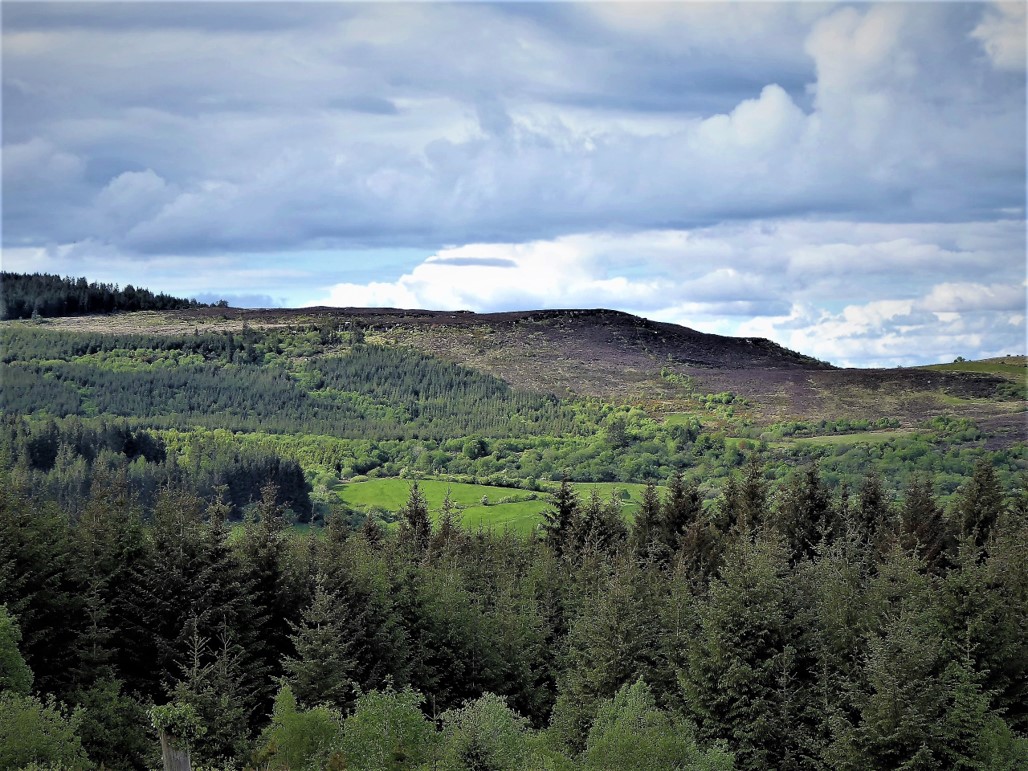 The birds seemed to be appreciating the beautiful late spring weather and the wildflowers added colour and interest to the tree-lined trail (below, left to right: Herb Robert, Bugle, Yellow Pimpernel).

We kept on the lookout for Irish hares, which are known to favour the Fermanagh uplands, but they didn’t oblige.

Towards the end of the walk we came across several clusters of wild strawberries – a good excuse, if one were needed, for a return visit later in the year.

Belmore made for a refreshing, easy and interesting walk that we completed in 1½ hours.

Barely into the walk, across the blanket bog, we got our first glimpse of Cuilcagh Mountain with its distinctive plateau formation. It would reappear at various junctures throughout the walk.

For the first couple of kilometres, we had a pleasant view to our left with blanket bog and a few patches of forestry stretching away towards distant hills.

The signage was identical to the Belmore arrangement, with posts strategically placed at each of several junctions to pre-empt wrong turnings. 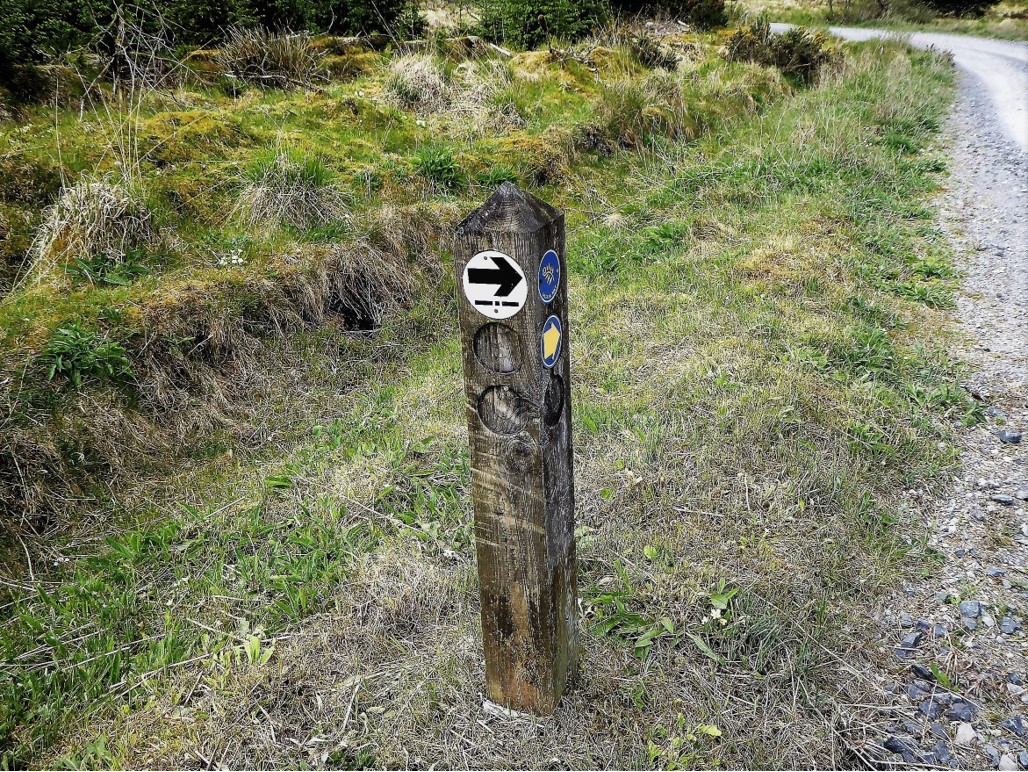 We had been fortunate with the weather again and the sunshine had energised the butterflies especially the numerous Orange Tips (below, left to right: Male Orange Tip, Female Orange Tip, Cuckoo Flower).

We were accompanied by the evocative call of a cuckoo, or possibly two cuckoos, for the first 3km of the walk. We were lucky enough to get a sight of one of the normally elusive birds perched on a tall, dead tree.

There were one or two steep inclines to negotiate, but generally the going was pretty easy.

Towards the last couple of kilometres of the walk, we reached Brimstone Rock viewpoint, a sandstone formation which presented a panorama of the landscape stretching for miles.

The name is a bit of a conundrum as there are are no outcrops of brimstone in the area. It is thought that Brimstone Rock was used as a mass rock during the mid-seventeenth century when Catholic worship was banned, so the name may refer to the sulphurous nature of the laws that forced the local people to worship in secret.

The best of Ballintempo was yet to come as we continuing downhill passing the reed-lined Lough Blockent and took the signed detour for Aghanaglack Court Tomb.

The Neolithic structure sits on an elevated site in a quiet little woodland clearing. Although it is now circled by trees, it would originally have been a more open area with expansive views over the surrounding territory. There’s something very soul-stirring about prehistoric sites and this was one of the most atmospheric I’d visited.

We made our way back to the parking area and reflected that, apart from one forestry worker, we had met no one on either of our walks.

From Enniskillen, follow the A46 shore road for Belleek. Take the left fork onto the B81 Derrygonnelly road and then the first road signed for Boho on the left. Continue through Boho passing Boho Community Centre after about 6.5km.

For Belmore – soon after Boho Community Centre, turn left at the sign for Belmore Forest. Continue up the forestry road to reach a small parking area on your right.

For Ballintempo – go straight on after the community centre for a further 5km before turning right at a sign for Aghanaglack Court Tomb. Follow the road until you come to the small forestry car park.

… you enjoy a quiet walk in the woods with birdsong the only intrusion.

Both walks follow forest roads and no special footwear is necessary, although a tough pair of shoes would be better than flip flops. There are some fairly steep inclines on both walks, but generally the going is easy. Don’t miss either of the highlights, ie cave and tomb. There’s a good chance of seeing birds of prey although we didn’t spot any. While you’re in the area, Castle Coole and Florencecourt both have signed walks. The 7-mile red trail in Florencecourt is excellent and covers a variety of landscapes, intersecting briefly with the Ulster Way and the Cuilcagh Way.