The Bloody Bridge to Slieve Donard 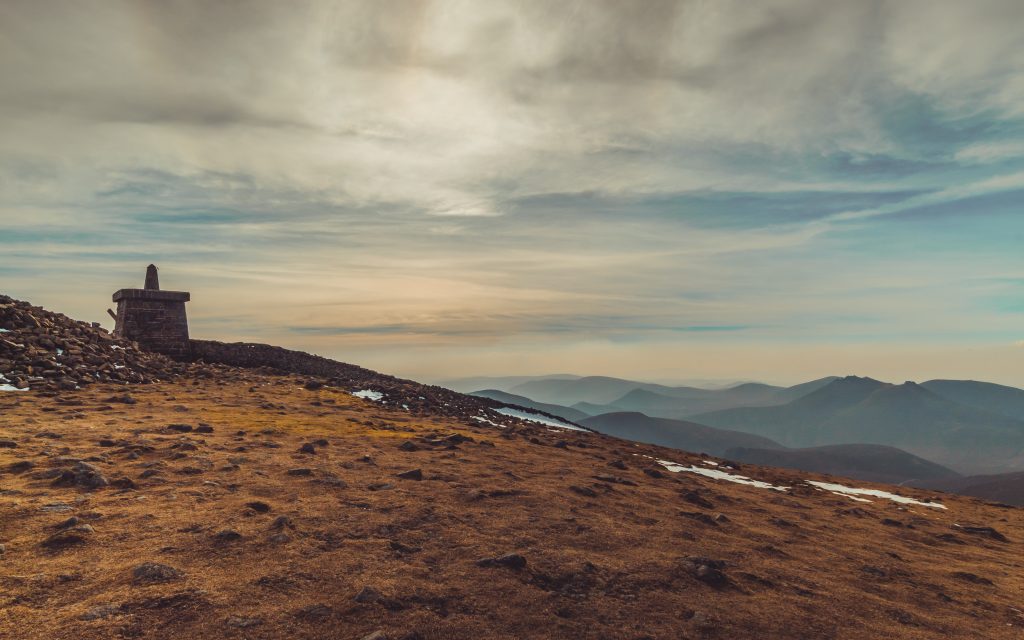 In my last piece, I wrote about hiking up Slieve Binnian as a complete amateur climber, and when I say amateur I mean – zero experience in climbing any of the Mournes! About two weeks later, armed with a new pair of hiking boots (as opposed to the work boots I went up Binnian in – never again) and the naive confidence of someone not entirely knowing what they were about to embark on, I hopped in the car and headed for the southeast coast once again. 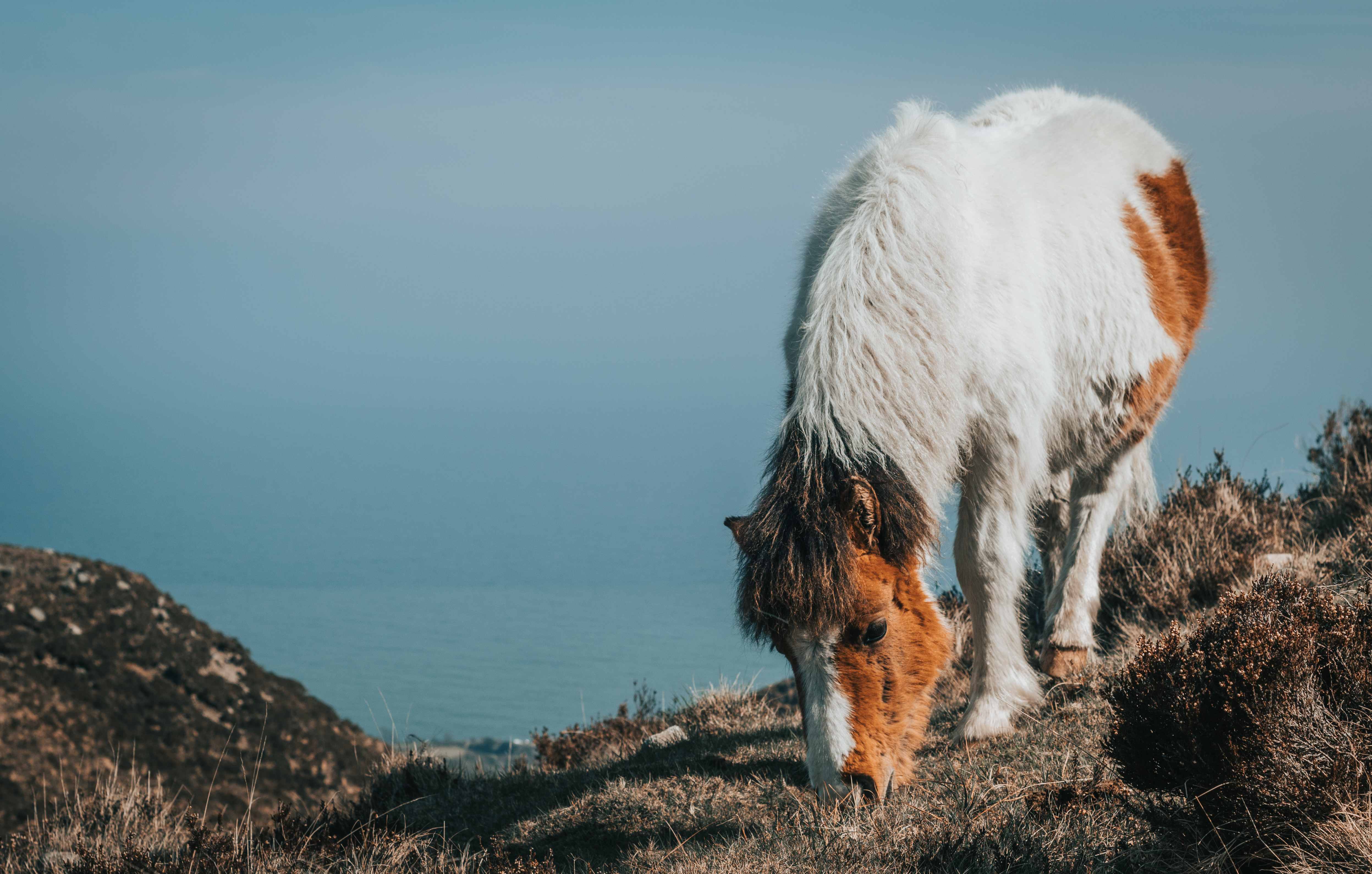 It was a blistering hot day by Northern Ireland standards, maybe even in the mid-teens if we were lucky, but it definitely warranted the panic I felt when I arrived at Bloody Bridge only to realise I had left my water bottle at home. Thankfully I had a spare in the car that I keep for emergencies should the windscreen washer run dry, which brings me to my first piece of advice – never tackle Slieve Donard without a water supply, it is just not possible. There are two angles to approach Donard – either from Bloody Bridge or from the Slieve Donard car park past the Glen River. Why I chose to go from Bloody Bridge I don’t know, I had never done this walk before and had to pick one! 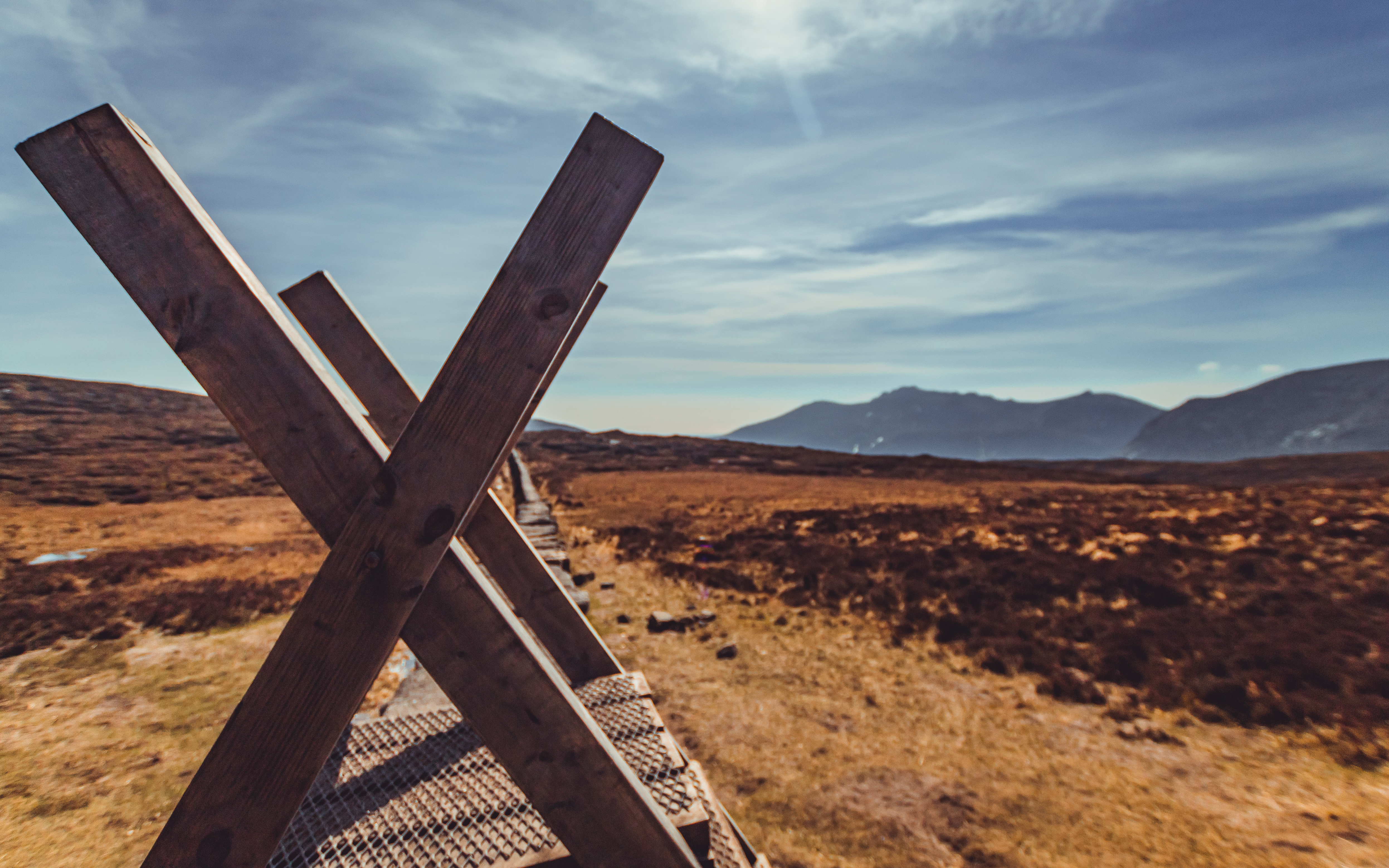 Bloody Bridge itself is worth seeing and the walk around the coastal path is stunning. Definitely get there early though if you’re planning to do that specific route as the car park fills up quite quickly and isn’t that big. It does have public toilets which are handy but if you miss the chance of parking, there isn’t really anywhere close by you can use as an alternative. 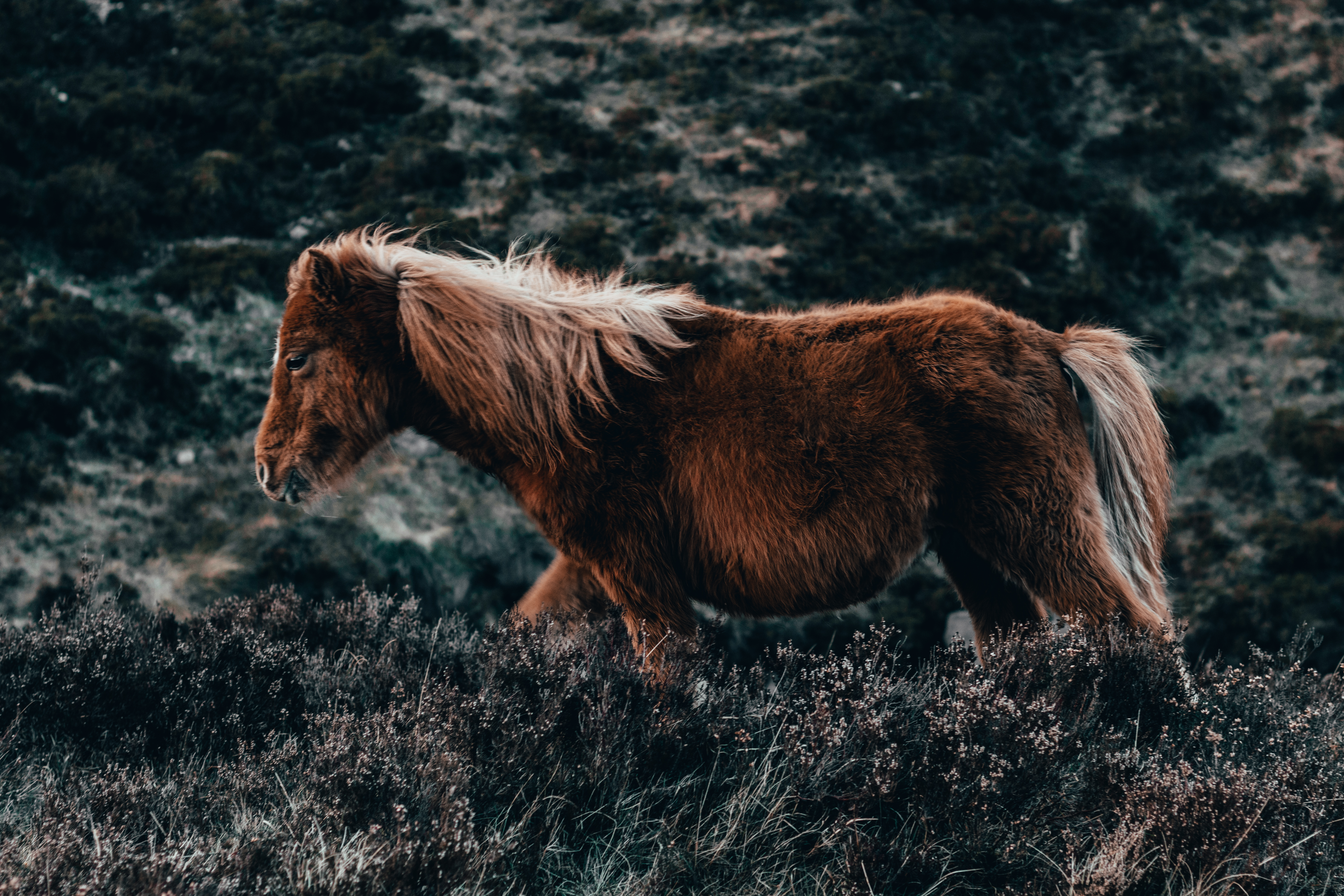 The hike itself can be separated into 2 sections – the first half along the river until you meet the Mourne Wall and the climb up the mountain itself. Let’s start with the walk along the river. It is fairly rocky terrain, and I decided to boulder up the first section of the river just because I had the time and the river is so stunning it’s worth spending a bit of time around it as opposed to seeing it as a means to an end of reaching the wall. I spent about 2 hours hiking up the river if not more. I’d say you could easily do it in less, but the heat just slowed everything down and I refilled my water bottle from the river at least 5 times by the time I had reached the wall. After hiking along the river for a mile or so, you reach a section you have to cross over the water and walk back towards the coast for a short distance. It seems counter-intuitive but stick with it, you eventually end up on the western side of the water with Slieve Donard facing you. It was at this point that I looked at the size of Donard and seriously questioned if I could conquer it. I don’t say this lightly – it is incredibly daunting standing there looking up at this peak that’s almost a kilometre in the air, especially 2 hours in, but again my naïve confidence told me to keep at it, so I ploughed on not really knowing what I was at. 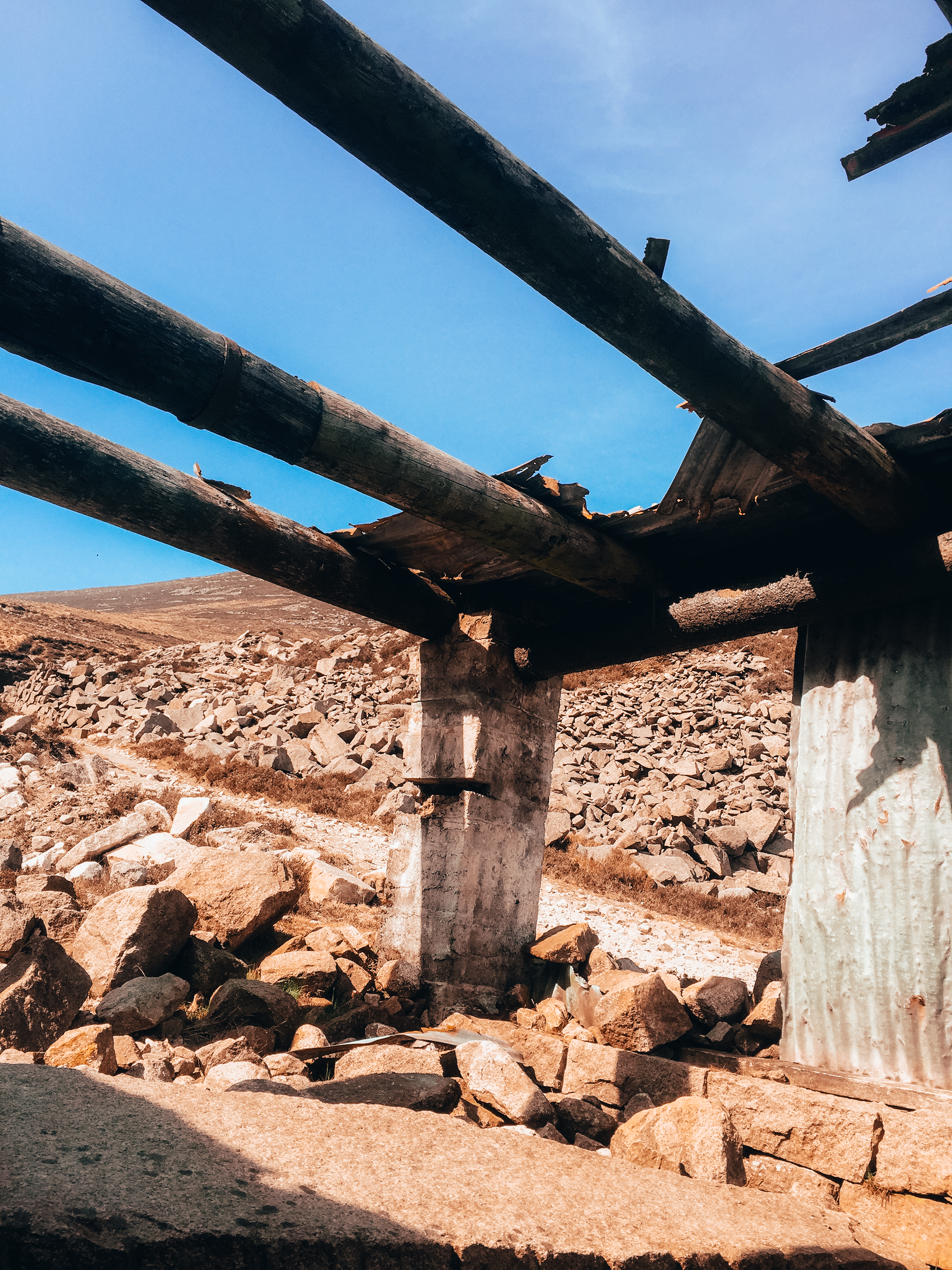 The path continues on along the river but eventually deviates off course and you end up at a disused quarry. There are a few derelict remains of some of the buildings once used by the quarry that provide some well-needed shelter. The quarry itself is worth spending some time around, it is a fascinating place with a small waterfall coming down from the slopes above. By the time you’ve reached the quarry, you are all out of fresh water to restock on, so I’d strongly advise fill your bottle up in the stream just before you arrive as there is still a long way to go! 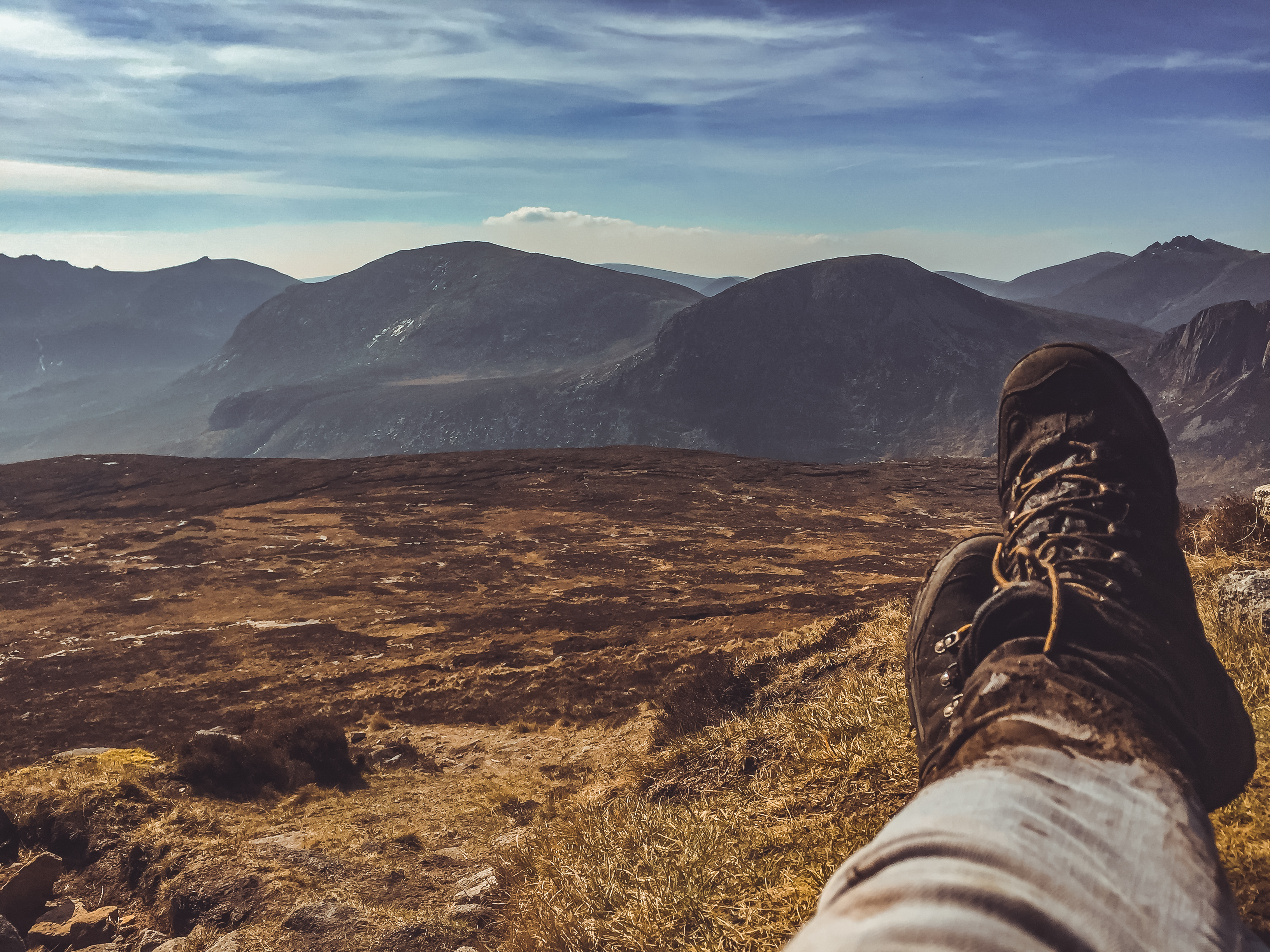 From the quarry, I kept heading towards the Mourne Wall. Its fairly straightforward and the path is clearly laid out, so just keep going until you reach the stile. Just before the wall is a large piece of bog land that has a few real soft spots, one that I got to know quite well when my entire left leg went thigh-deep into the muck! Not ideal, but thankfully I was only about 20 metres from the wall by this stage, so I hopped up, got my boots off and parked myself for a while to have my lunch. My attempt at letting my socks dry out was in vain despite the heat! 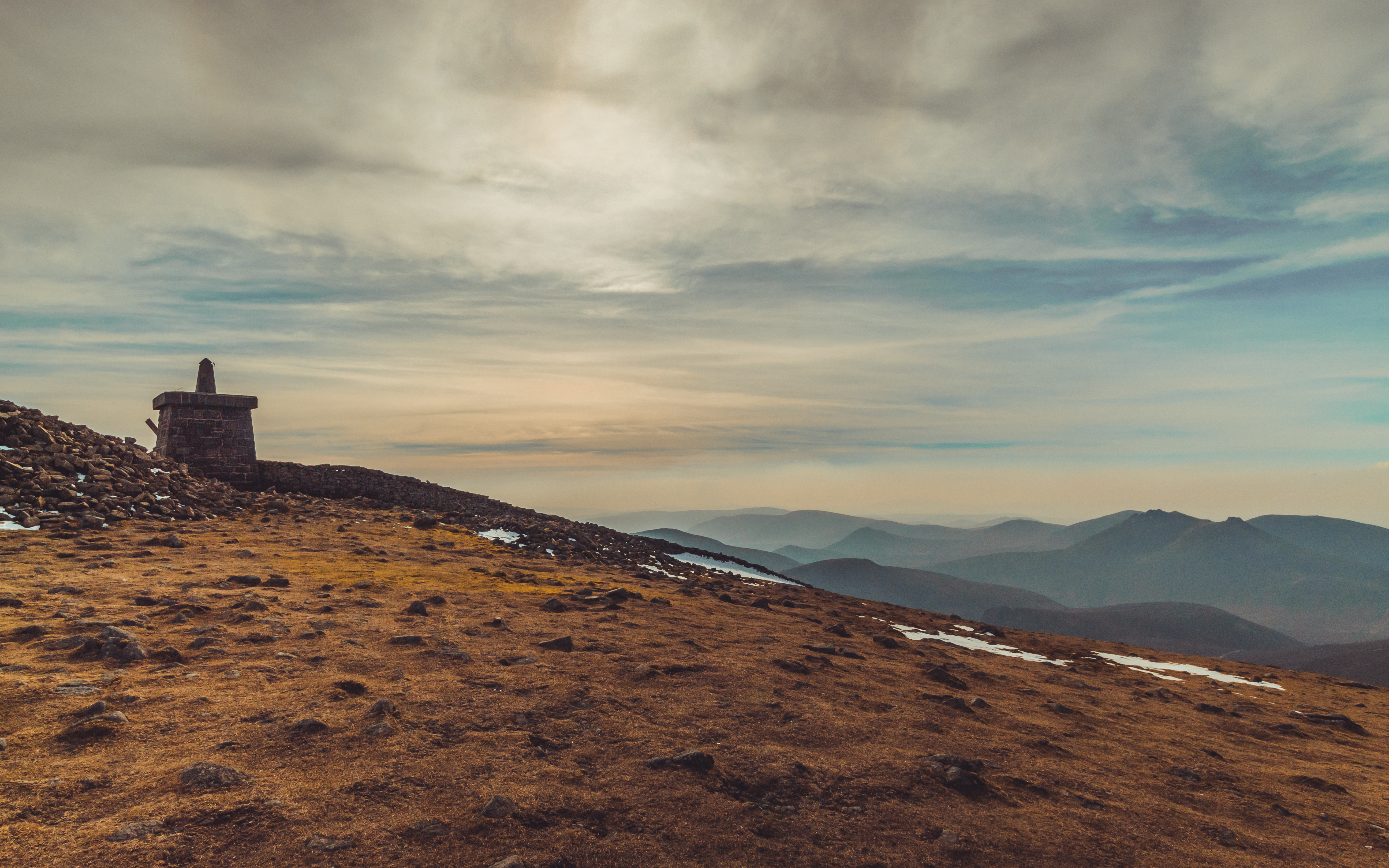 The climb from here is where the real fun began! It is no secret that Slieve Donard is steep, but the deceptive thing about it is this little plateau about three-quarters of the way up that tricks you into thinking you have reached the peak, only to find you still have at least thirty minutes more of climbing to go! It was tough going, especially for an amateur like me, but what made things a bit trickier was the sudden change in weather. The Mournes have this incredible knack of having these scattered microclimates throughout, and what started out as a hike full of regret at not wearing shorts, ended in me donning a wooly hat and gloves climbing over 3 feet of snow! To say it was cold at the top is an understatement. My fingers were so stiff from the bite of the wind that I struggled to operate my camera. 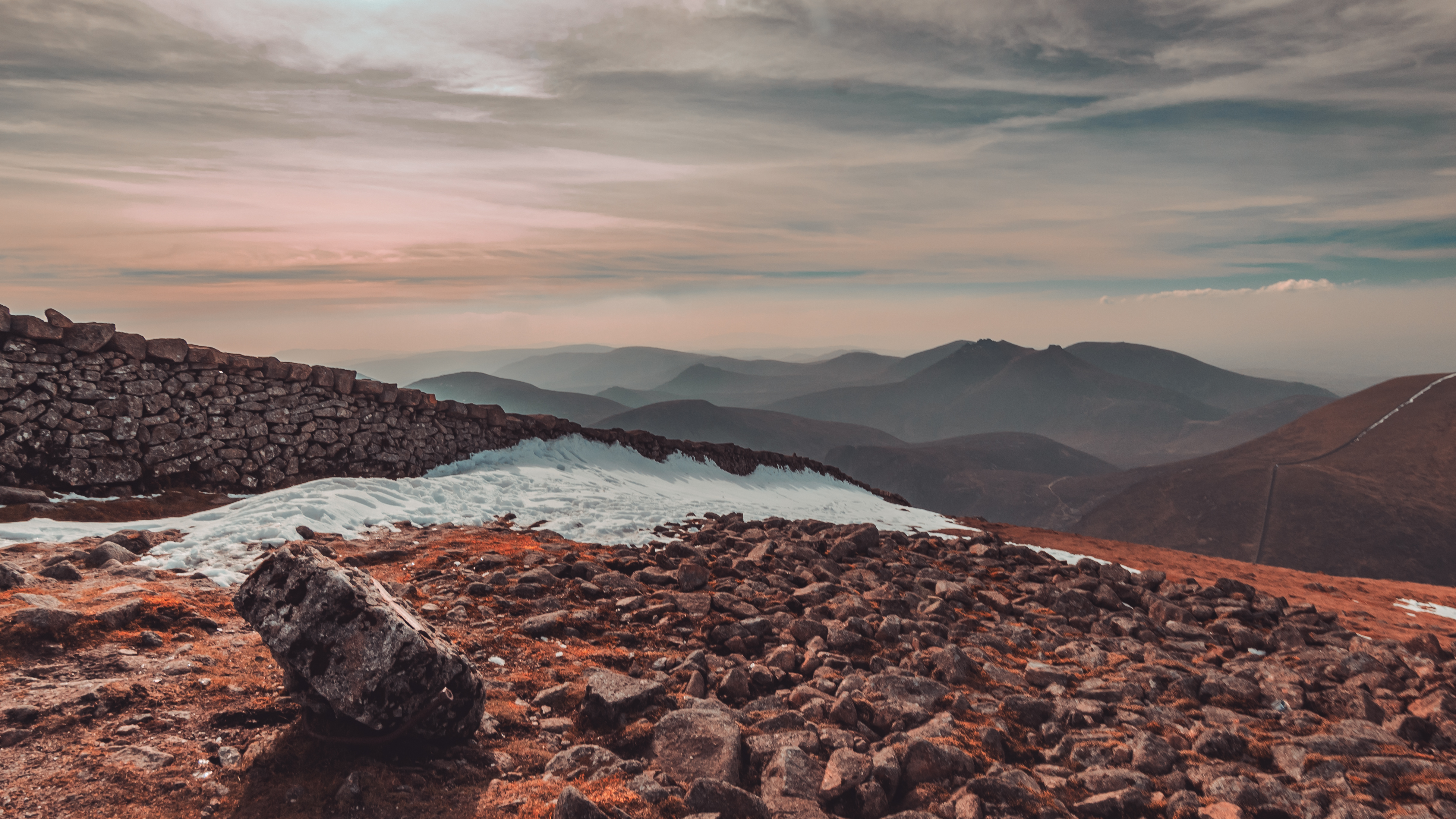 Having reached the summit I was faced with the decision to either descend back down the way I came or down the opposing side towards Slieve Commedagh. I chose the latter and boy was I in for a treat! Once at the base I decided to keep going. About halfway up the side of Commedagh I looked to my left and was greeted with the most breathtaking view of Annalong Valley, so I decided to change course and head towards it, camping out on the group of granite tors known as The Castles. It was an absolute dream in terms of landscape photography and I spent a good two hours wandering about taking in the vista praying that my camera battery would see me through. Be careful up round The Castles, they are not for the faint hearted and are incredibly steep with a drop so far down to the valley I couldn’t even guess the distance. It is not the most forgiving of terrain so just keep your distance from the edge. 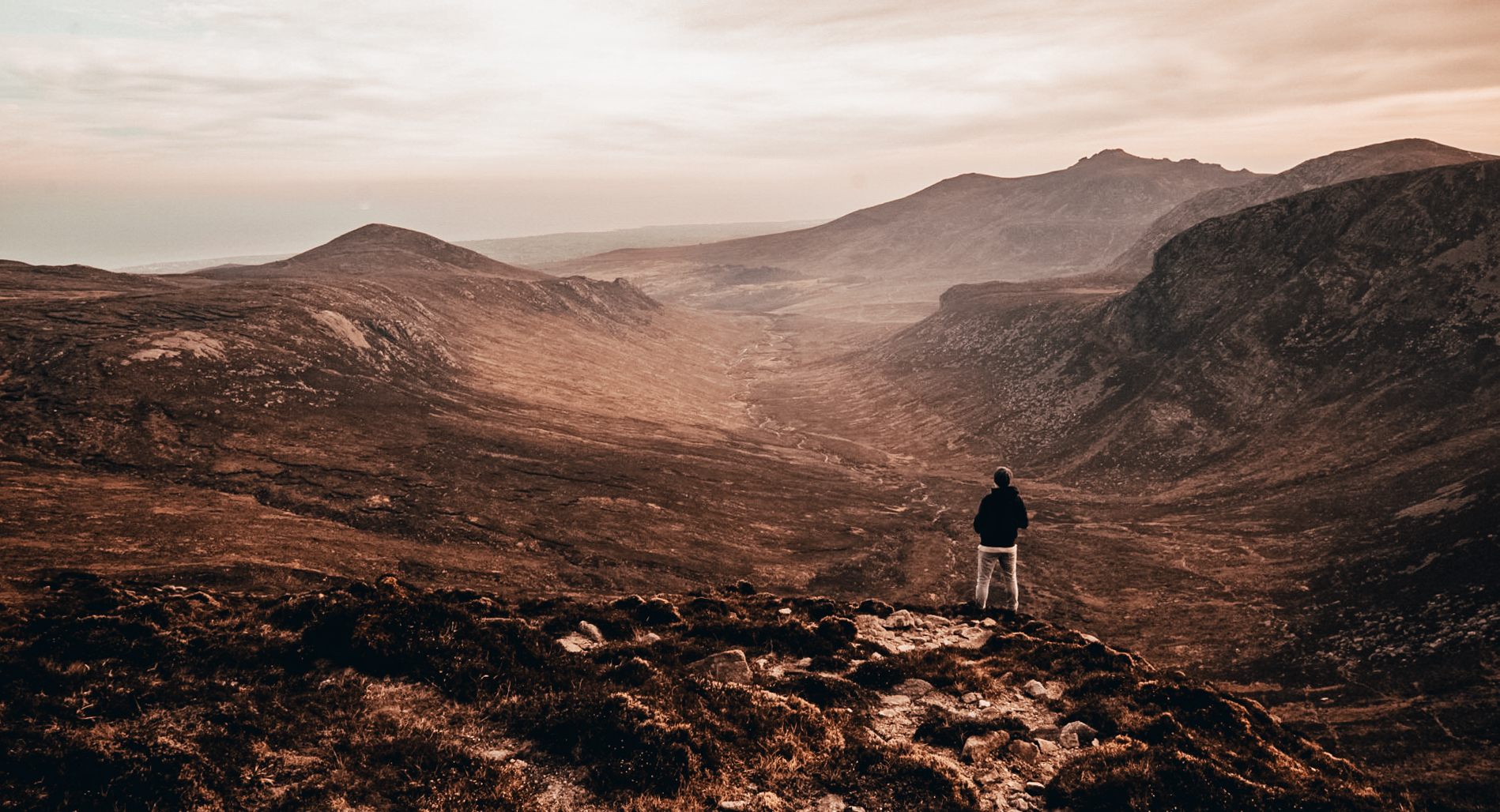 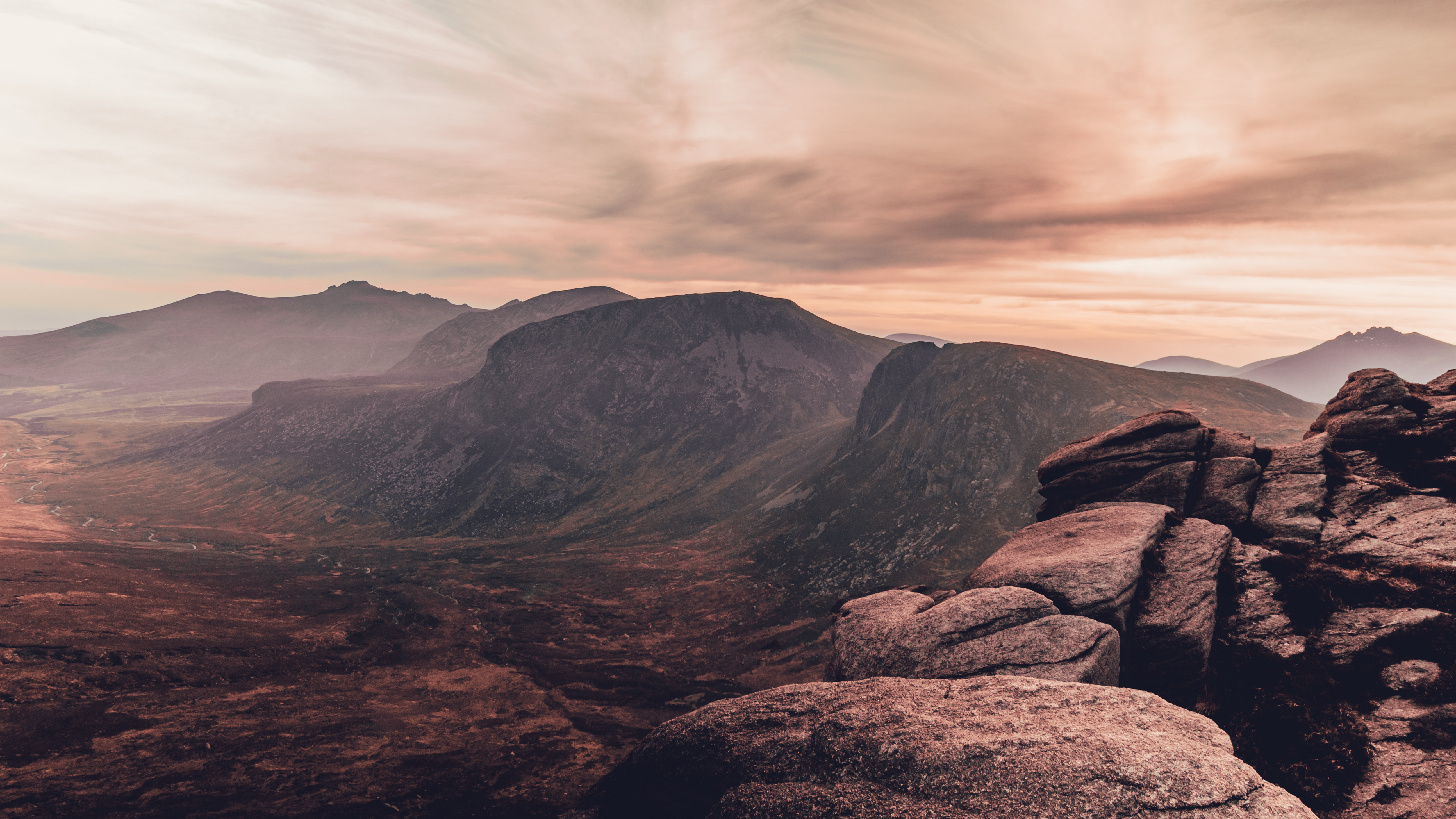 From The Castles I followed the Brandy Pad back round to the Mourne Wall where I initially arrived and perched myself to watch the sunset over the mountains, taking in the majesty of the most breathtaking range in the country. Once darkness set in I simply followed the path back down the river to the car park, passing by a few folk camping out and enjoying the warm weather. Very tired, very sore but very content, I kicked my boots off and headed for home. I think one thing I learned from this trip is to not overthink things, and just get your boots on and get climbing! It is all totally doable if you just allow yourself plenty of time! 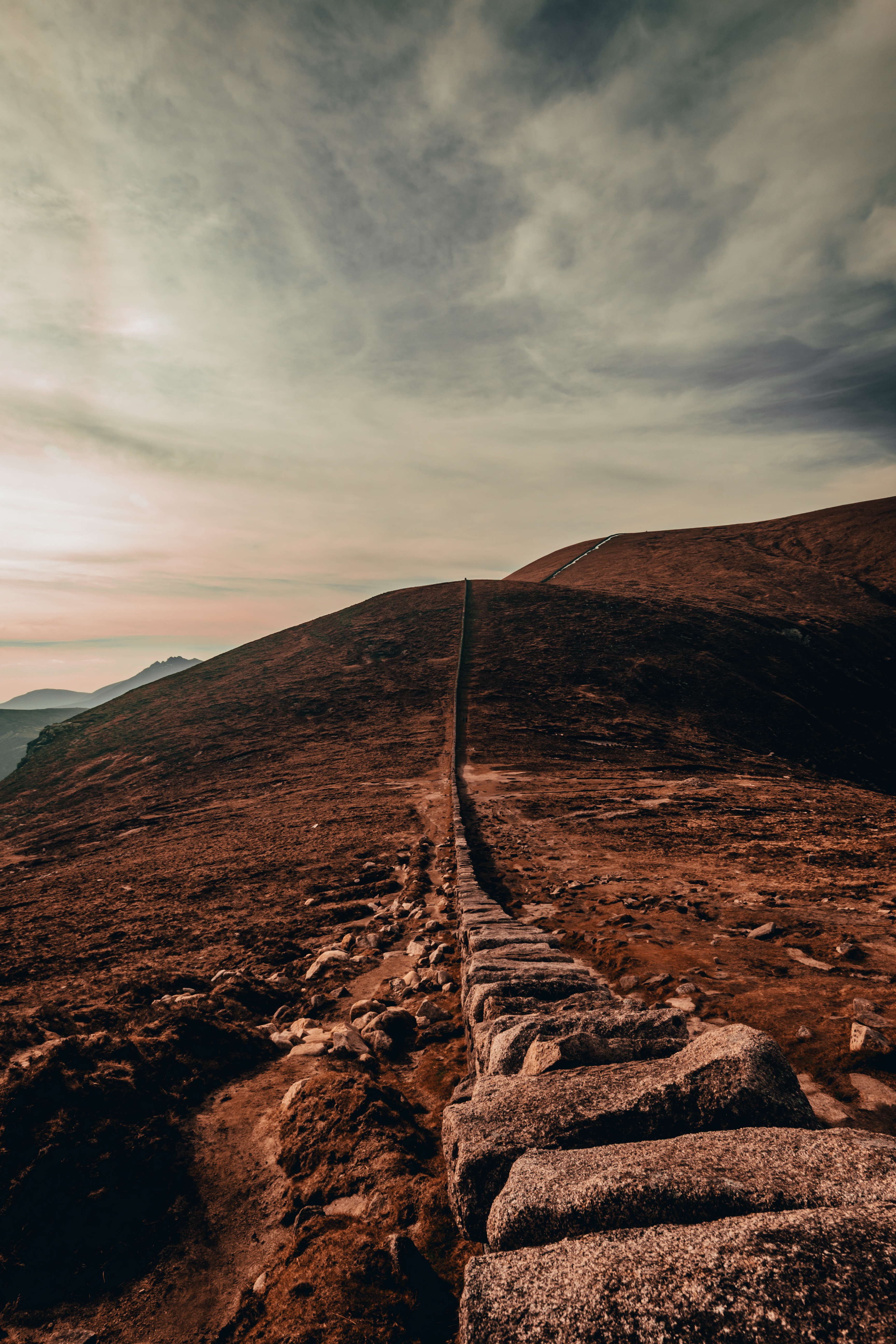