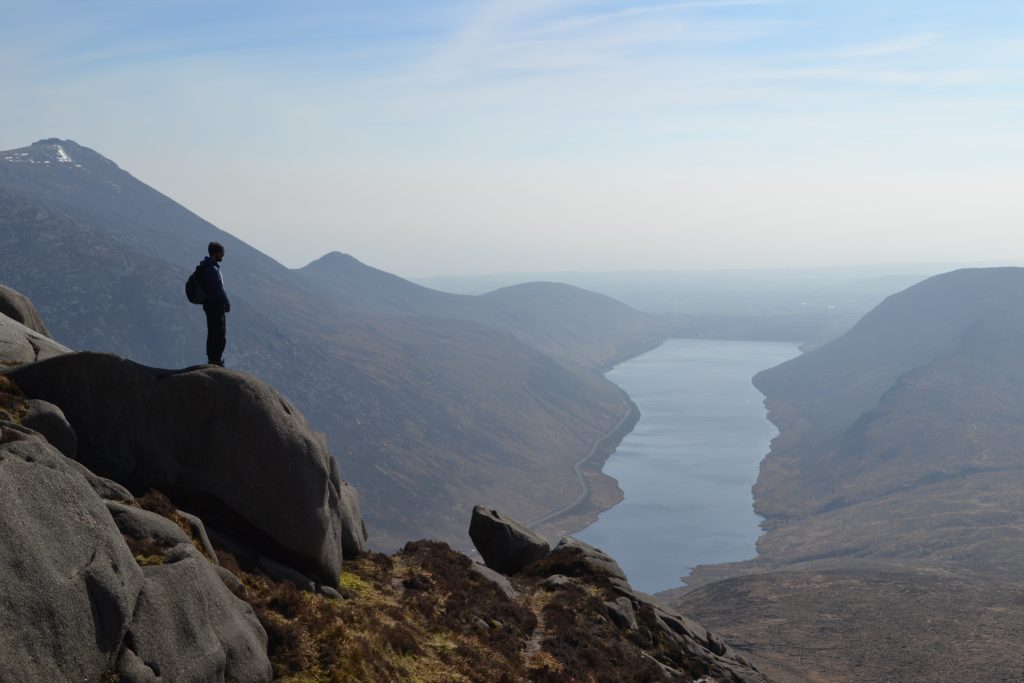 This last-minute plan to go on a Saturday hike in the Mourne Mountains with my sister and other half turned out to be a great decision as the weather and views were spectacular. We had originally set out to summit Doan Mountain only but ended up doing three others to make the most of the clear weather! 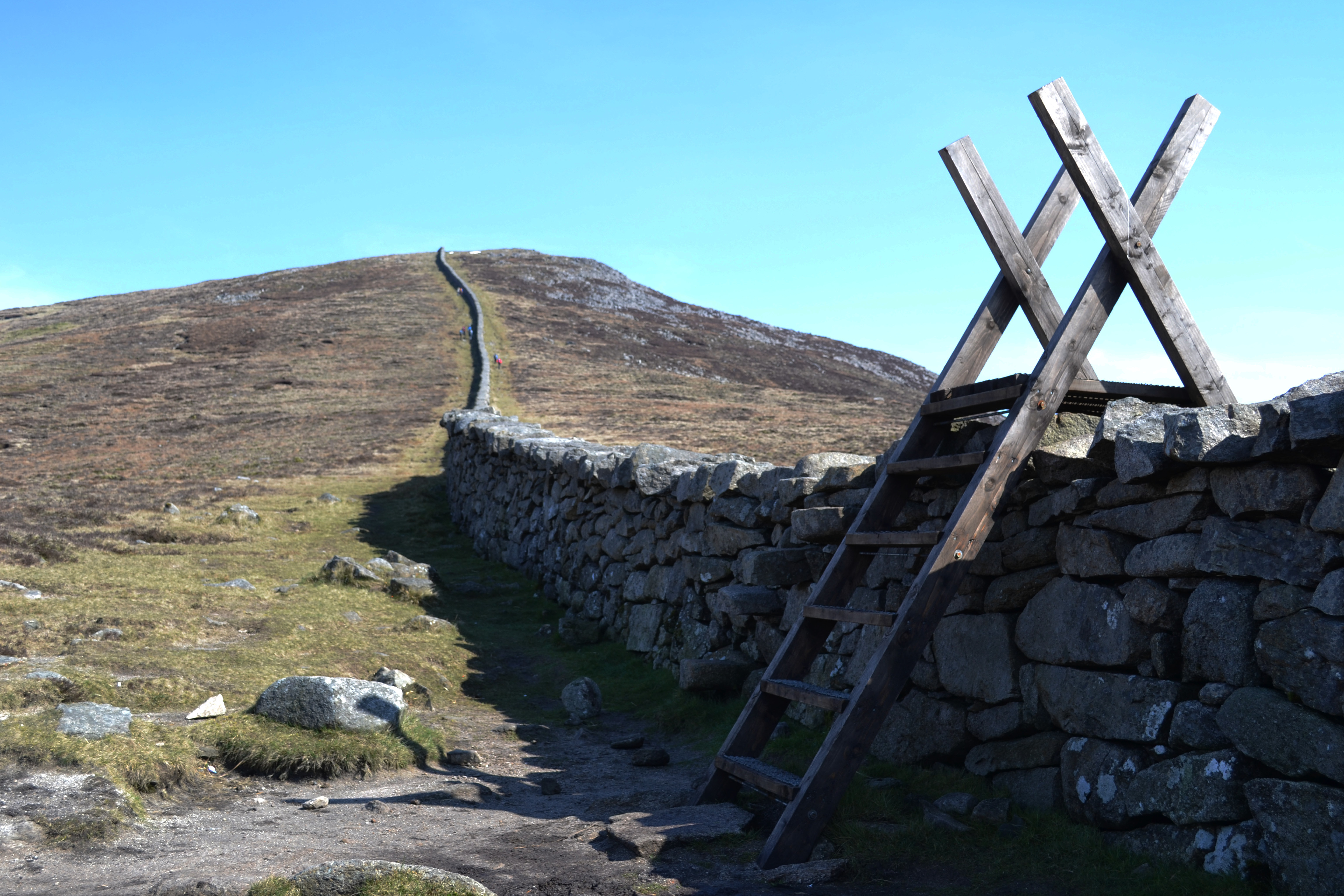 At the top, after having the first of many snacks, we clambered over the Mourne Wall to look at the view. It did not disappoint as we could see for miles! From here we walked directly down the side of Slieve Loughshannagh, stopping for a photo shoot on the way, to meet the track heading up Doan. 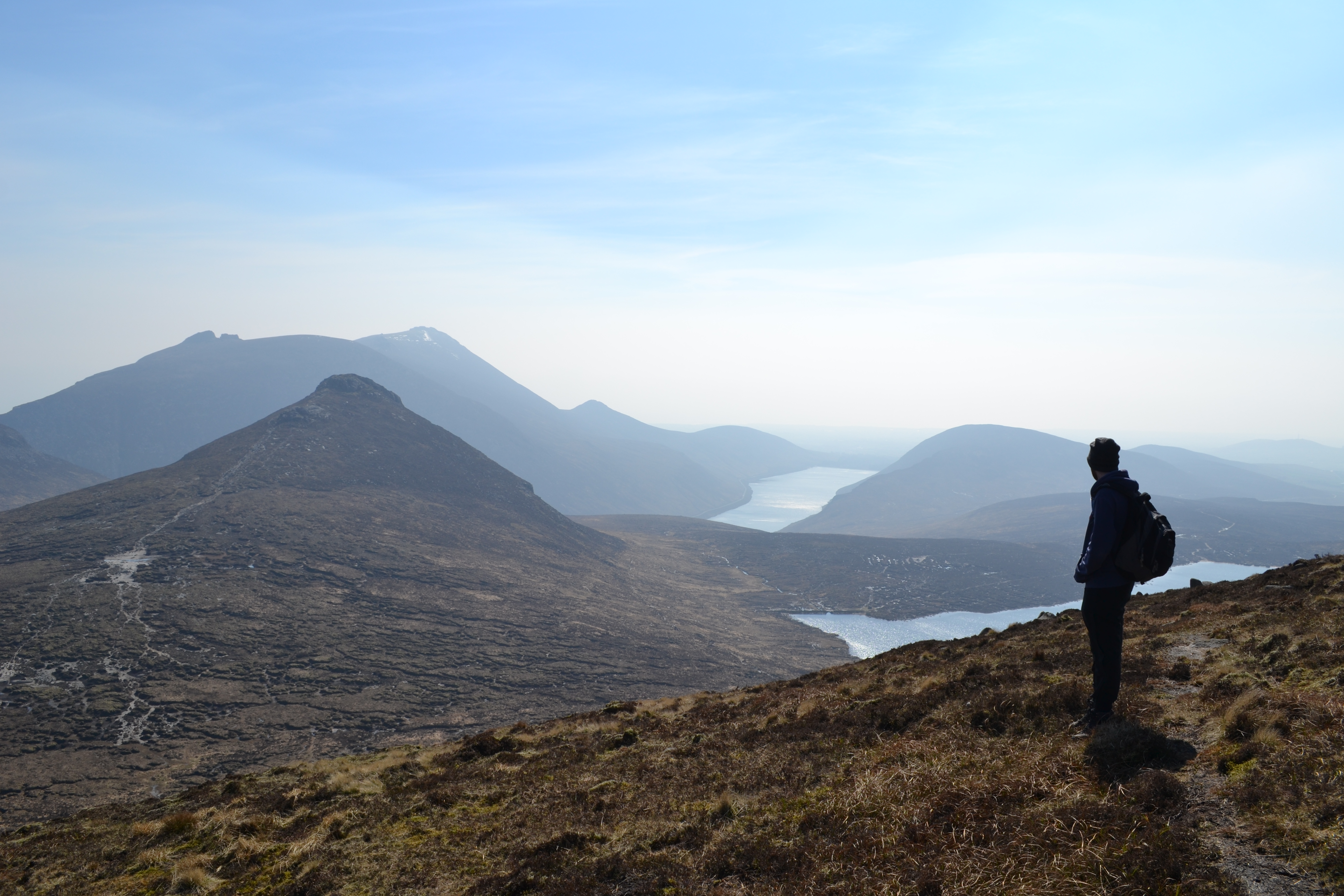 Summiting Doan, we had our picnic lunch in the sunshine whilst admiring the view over the Silent Valley and Binnian mountains. 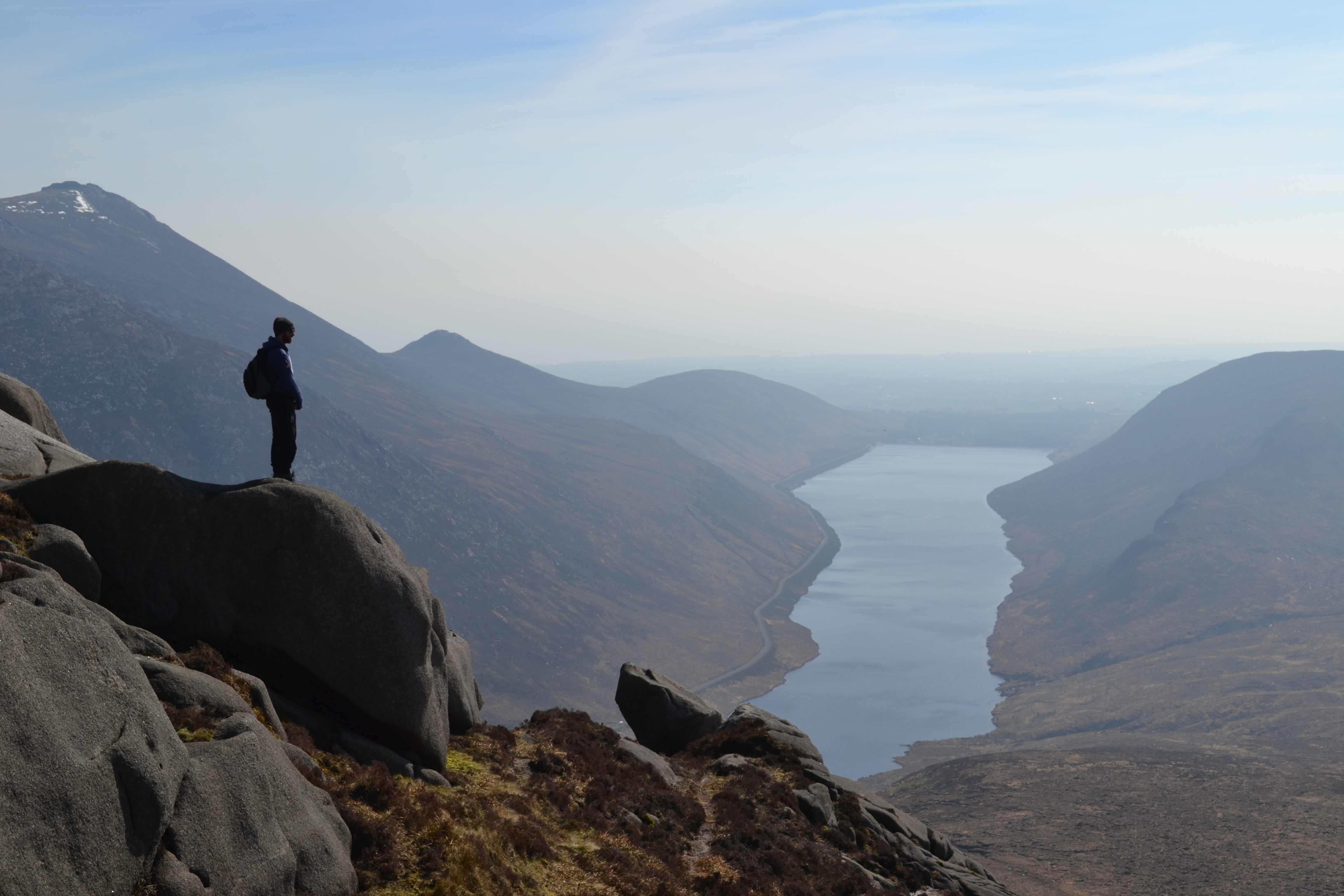 After nearly leaving our remaining snacks behind (disaster!), we headed back down the mountain towards Lough Shannagh. Jumping over the river, we then tracked around the lake to the southern end, had a quick paddle, and then headed up Carn Mountain. Here we had some more snacks (I love snacks) before climbing over the stile and heading back towards the car park via the summit of Ott Mountain.

The last time we were in the Mournes we had to abandon our hike because it was foggy, so we were over the moon with the weather and views that greeted us this time around. The trip was made all the better since we could be joined by my sister Rebecca, who currently lives in Scotland. 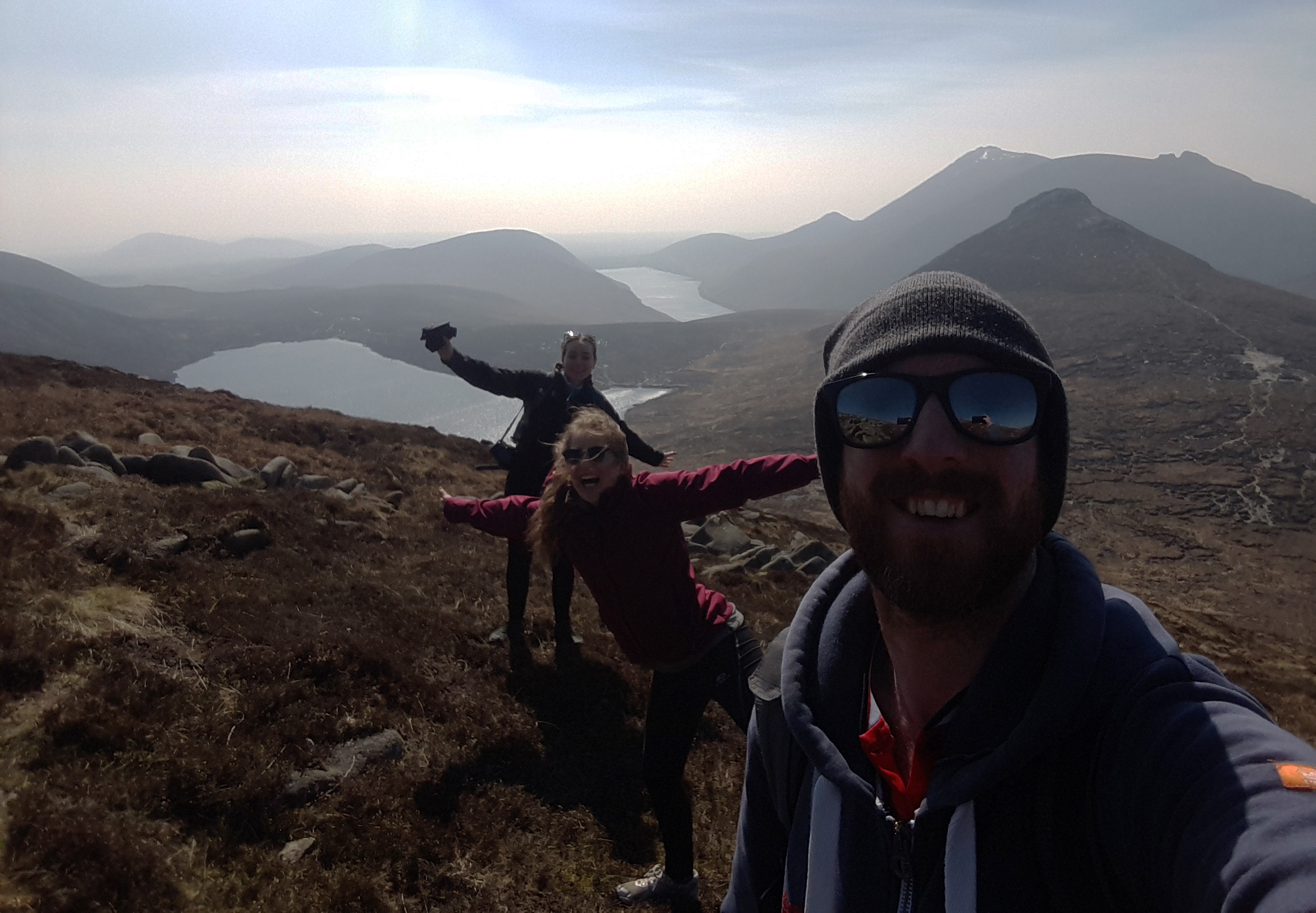 This route is about 8km and took us around 5 hours to complete, mainly because I kept stopping to take pictures and eat snacks. We went off the path several times and therefore I would recommend that walking boots be worn if you plann to do the same. The route is fairly straightforward and would suit everyone from casual walkers to seasoned hikers.

For those looking to do a short hike or for those who want to head into the Mournes but have very little hill-walking experience, I would definitely recommend Slieve Doan starting from Ott car park. The route is straightforward with no very steep sections, and finishes with a very rewarding view at the top.