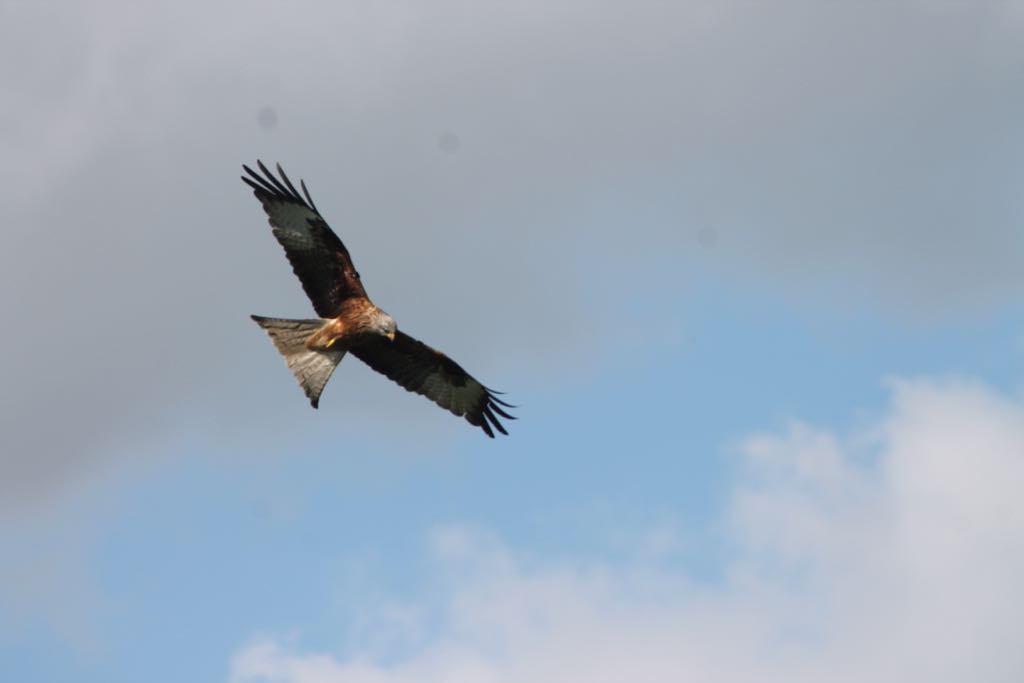 Let’s kick off 2019 by hearing from Shelagh Henry of Red Kite Tours NI.

Tell us about yourself, Shelagh.

I grew up on a dairy farm outside Rathfriland in a beautiful rural setting with the Mourne Mountains in the background. I went to school in Banbridge and then the University of Ulster to study Hotel Catering and Institutional Management and went to work in London after I graduated.

Having  worked in the Catering industry first as a Catering Manager at The City University, London for several years,  then later as a Lecturer in Southern Regional College for 10 years, I took a career break and then one day, back on 2006,  a friend told me about a job advertisement in the Belfast Telegraph. Ulster Wildlife Trust were looking for Environmental Education Guides, so I applied and got the job and that began my interest or near obsession with wildlife and conservation. 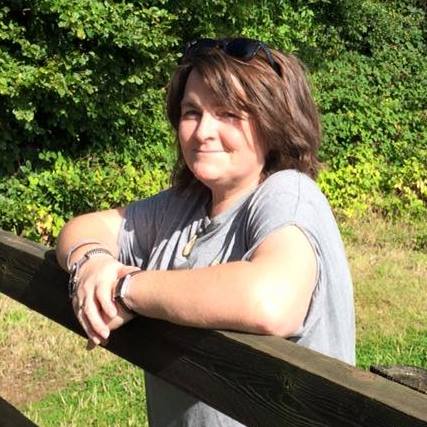 READ: A Mountain Day with a Dog

Have you always been interested in birds of prey?

I have not always had an interest in Birds of Prey, simply because when I was growing up, there were very few raptors of any sort in the countryside, so they were not a feature of my life, growing up on a farm. How I got into Red Kites was back in 2008, when the RSPB set up their re-introduction programme and I got a job with them as Red Kite Information Officer and then, when that contract ended, I continued as a volunteer Red Kite Monitor, on the Red Kite project.

How did Red Kite Tours come about?

I started Red Kite Tours back in the winter of 2014. The spectacle of large groups of Red Kites gathering and displaying together with the background of the Mourne Mountains as the sun was setting, for me, was absolutely stunning and I thought that it would be a great idea, not only to showcase the birds but also our beautiful landscape. I wanted to share the wonderful experience with like minded people who also love the outdoors and have a special interest in wildlife spectacles.

Are there many Red Kites in Northern Ireland?

You can see raptors anywhere around the countryside. Buzzards, Red Kites and Ravens if you can put them in this category, all love open farmland, a rural landscape, but Buzzards can be seen more and more along roadsides, perched on top of Telegraph poles waiting for a small mammal or frog or looking out for roadkill. They have become quite common now. Sparrowhawks flit in and out of gardens or low along hedgerows. Merlins can be spotted on higher ground, they like marshy areas, heathland, like the foothills of the Mournes. They are more rare, so a treat to see, as well as the Kestrel which used to be common but now, their numbers have plummeted.

Do you have a personal favourite type of bird?

I don’t have one personal favourite bird but several. Of course, I love Red Kites, they are a very special bird, but also I have a thing for Lapwing, Brent Geese, the call of the male Snipe drumming over a bog, in the early summer months is a joy to hear, the Skylark calling high up in the Mournes is a very special sound and in my own back garden I love to see and hear the Wren, Dunnock and Treecreeper and then in summer I get excited when I find  Spotted Flycatchers. 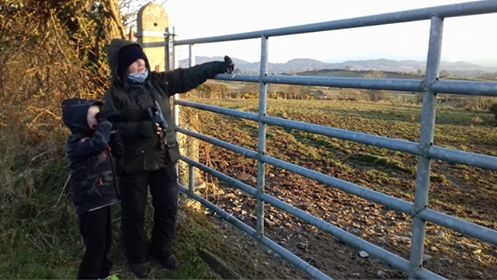 Do you get up into the Mournes much?

I love Murlough NNR. I can spend hours there either bird watching around the Bay, or plodding about the dunes looking for rare butterflies, moths or interesting wildflowers that I can never remember the name of, or just trekking up the beach picking up shells or seal spotting. I love the trail past the Cypress Pond at Castlewellan Forest and the arboretum. And I have a soft spot, of course for Tollymore where I walk regularly.

Give us your golden rule for spotting Red Kites?

Patience. Constantly look to the skies and if you see something beautiful ‘in a rust coloured waistcoat and a starched white shirt, with taloned wings outstretched embracing the sky’ then that’s a Red Kite! Truly majestic.