To Commedagh and Beyond: A Brandy Pad Loop 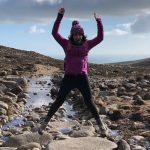 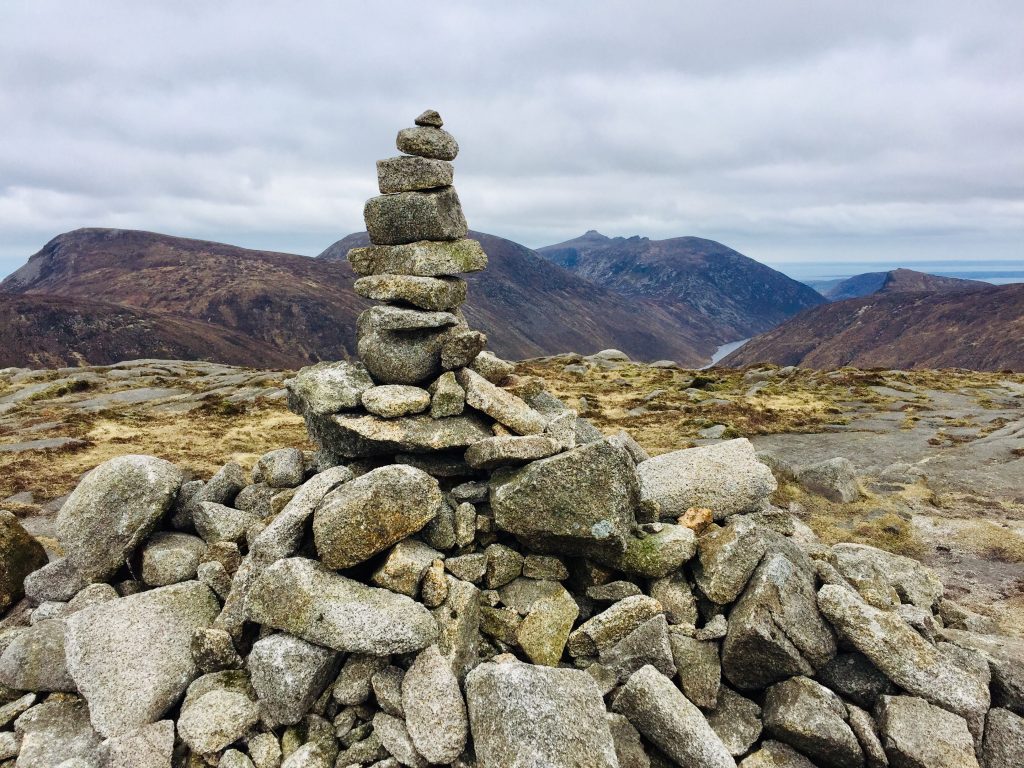 My earliest memories of exploring are of the Mourne Mountains and stunning surrounding landscapes. From scrambling up boulders along Bloody Bridge river, to scaling trees in Tollymore Forest Park. The cries of ‘watch you don’t fall!’ always landing on deaf ears. When you are six years old, you are invincible, aren’t you?

I have many happy memories of Sunday ‘runs’ in the car; driving until we found a quiet spot and walking just to see where it took us. I probably moaned about all the walking when I was little, but the atmosphere of the Mournes charmed me from day one. My Dad grew up in Kilkeel. He always told stories of venturing across the mountains with his dog when he was young, amongst all his other escapades. It made the place come to life. Sadly, my Dad passed away in January this year, but I suppose that made me want to get back to the Mournes even more. 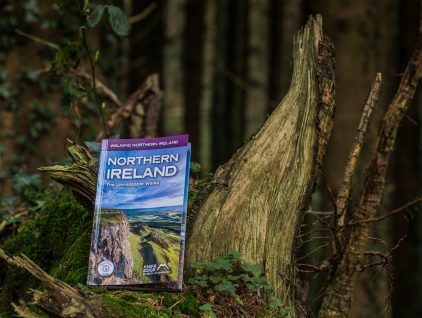 SHOP: Grab a bargain in the Under £20 collection

In February, a friend mentioned she was keen to visit Blue Lough, so we arranged a trip. After that little Mournes appetiser, I decided I needed to go conquer some mountains. I realised the only one I had climbed before was Slieve Donard. So, the next week I embarked on my first expedition – Slieve Bearnagh. It was a tough one to begin with, but I loved the challenge and it just made me want to keep going. Which brings me to this one, Slieve Commedagh (plus a couple more).

I set off from Donard car park around 10:30am on a Monday morning in the middle of March. It was an overcast day, but you could still see the mountains clearly. The carpark only had a handful of cars in it, this was a good sign the route would be quiet. I headed towards Donard forest, staying to the left-hand side going up by the river instead of the gravel path. I crossed the bridge and began the steady incline over the tree roots and rocks, following the river up and out of the forest. My leg muscles getting well and truly fired up.

Emerging from the forest the familiar sight of the Ice House appeared, and the clear outline of the path up to the saddle. Make sure you turn around and admire the views over Newcastle and Murlough Bay, if anything it is a good excuse for a breather and fuel stop. I had a few ‘fuel stops’ on the way up to the saddle, it was a lot steeper than I remembered.

When you make it to the Mourne Wall you feel like you have gotten over the first hurdle. Just the mountain to go next. I stopped for a snack and some coffee, taking time to appreciate the views – you could never tire of that scenery. I was glad of the extra layers I had taken off on the way up, the wind chill was evident as soon as I stopped moving.

There were a few people about, most seemed to be heading up Donard, but I did spot a couple on Commedagh. I made a move and started the ascent up Commedagh, staying close to the wall to dull down the wind. The climb breaks into two, one steep incline which levels off and then starts into another. I found myself at the top before I knew it. I went up the stile to have a look but quickly climbed back down thanks to the gusts of wind! I made my way over to the highest point, getting a helping hand from the wind. I can imagine the views on a clear summer’s day being spectacular, they were still good for March though. I swiftly headed back to the wall for some shelter, the wind chill was icy out in the open.

My original plan was to retrace my steps and go back, but there is something about climbing a mountain that gives you a burst of energy like you have just downed a can of Red Bull. I will point out that I had a ‘Plan A’ and ‘Plan B’ before I started out, the first one being climb Commedagh, the second climb Commedagh and keep going. I constantly went between both in my head on the way up. Like an indecisive squirrel, my thoughts swaying to going back during the points where my legs were screaming at me the most. I had packed and prepared like I would keep going though, and call me stubborn (I am), but I refused to be a quitter.

I got chatting to a guy at the top of Commedagh and asked how long it would roughly take to get to Hares Gap and back along the Brandy Pad. It sounded do-able. So off I went heading for Sleive Corragh, Slievenaglogh and Hares Gap, feeling like a proper little adventurer. The descent down the other side of Commedagh is steep to say the least. It was a little daunting, but I just took it at a snail pace until I made it safely down. The Mourne Wall winds like a snake along the next two peaks, at some points I could not make out where it went, but I had the familiar reassuring view of the rocky torrs of Bearnagh in my sight and I knew Hares Gap was just below.

Reaching the top of Corragh and Slievenaglogh was enjoyable and not too much of a strain, the views looking over Ben Crom Reservoir were worth stopping to soak in. Not to mention the silence. It was refreshing to hear absolutely nothing. The only thing bothering me was my feet. I could feel my boots starting to rub. I stopped to put some blister plasters on my heels, I was eternally grateful that I had packed them.

Arriving at Hares Gap I had another fuel stop, whilst listening to one little bird chirping, I absorbed my surroundings for a bit. Eventually a few people appeared. One guy said he had found the secret (not so secret anymore) waterfall and even went for an impromptu shower. Brave! People are so friendly in the Mournes, I love that no one will pass you by without saying a few words.

I made a move, heading to my left and along the Brandy Pad. It was easy to follow all the way back to the saddle of Donard and Commedagh and gave another perspective of the mountains I had just scaled. I had a newfound respect for those smugglers who used to regularly tread this route, with probably next to no protection from the elements. They must have been hardy! The Brandy Pad is interesting terrain on its own, and as you wind around it back towards Commedagh there is plenty to see and some lovely views. When you are walking it totally alone you could be in any century. There is just something magical about being in the middle of the mountains. 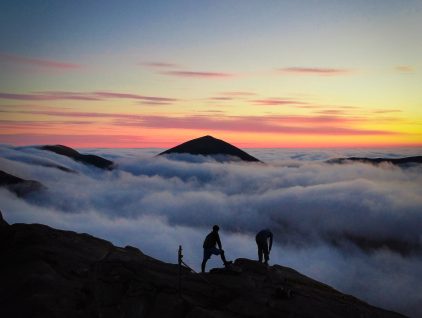 As I made it up the final steep section to the saddle of Commedagh and Donard my feet were on fire. I clambered over the stile and had another quick stop to rest and have a coffee. I retraced my steps back to down to the forest and back to the carpark. I found an especially useful ‘gift’ on the way down – a discarded waking pole – it was broken so I was doing my bit to clear up some litter I told myself. Also, it was heaven to take some pressure of my feet. I got back to the car needing new feet, but I had a happy heart and massive sense of achievement. Where to next?

The whole hike took me around 6 hours, I was going at a reasonable pace but also taking time to appreciate the surroundings. Attempt it if you are reasonably fit and have some experience of the mountains. I would say make sure you have a clear day; you might want to wait until the late spring or summer to enjoy milder conditions. I liked the moody overcast skies, but I think I will revisit this walk in the summertime. I may have gotten a bit big for my boots too soon, but I like a challenge and I was glad I did it. Going to invest in some new socks before the next mountain. Maybe some walking poles too.

I live in Saintfield and I am partial to an adventure. If it includes beaches, forests or mountains count me in! I love cats and all things purple. I’ve recently set up an art page – find me on Instagram @ maplemoonart_ni