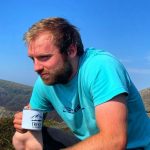 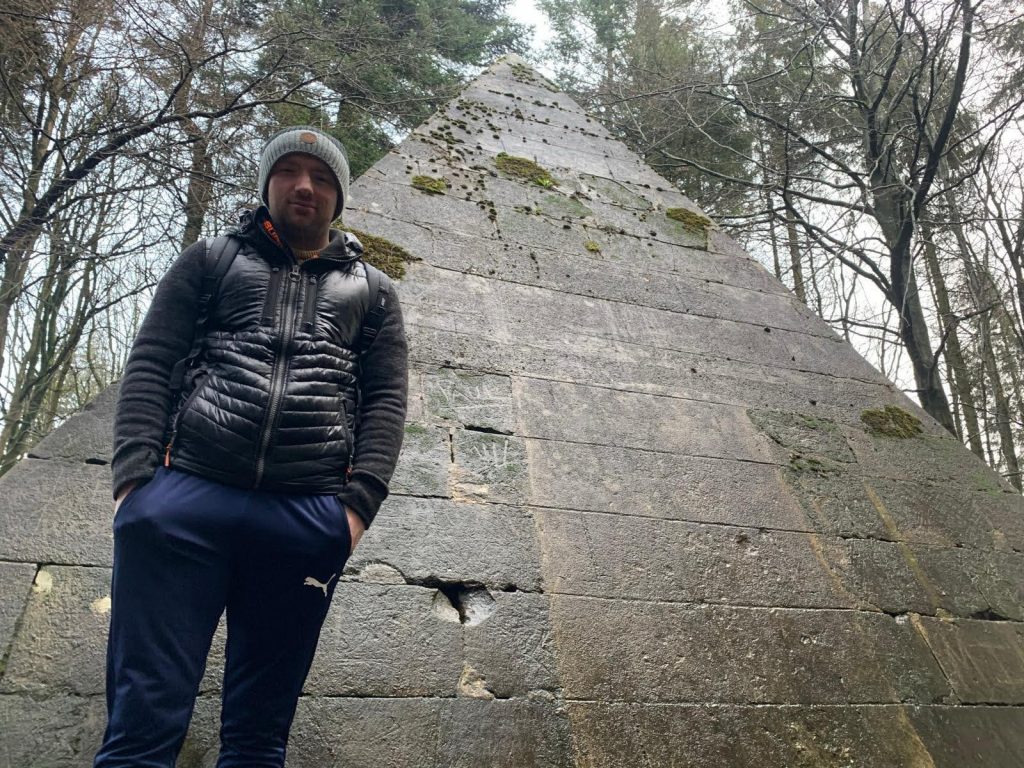 Wonder can be found in the most inconspicuous of places. It requires some attention and a little imagination. It gets harder to spot as an adult if you’re not careful, so be vigilant. We found it in that so romantic of place names “Garvagh”. Don’t let my depreciation of the name put you off though. It really could be the best thing you (legally) do during these uncertain times. 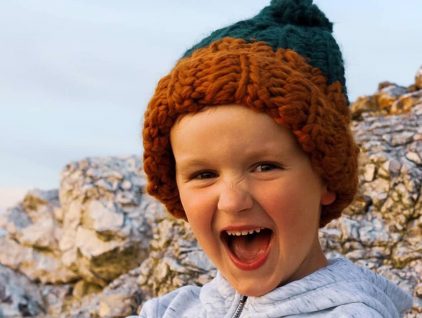 What I am alluding to of course is Garvagh forest which is 200 hectares of land situated in County Londonderry, Northern Ireland. What is the wonder I describe then? It is the nature here of course. And also something man made that looks so alien in its surroundings and yet, perfectly situated.

We ventured here on a bleak and wet day but that did not deter us. We made sure we wore the correct attire and had enough tea and treats to warm us when we needed it. We set out to do the River trail which is a 5 kilometre pathed trail that cuts around this 200 hectares land, meandering alongside the often rapid flowing Agivey River. 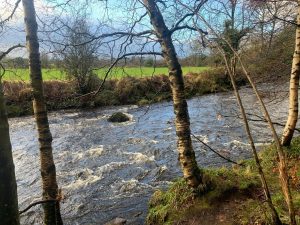 I would recommend waterproof footwear for this walk, especially during the autumn and winter months as the path can get badly waterlogged. As you walk around this place you can’t help but notice the conifer forests. In fact they have magnetism to them that lures you in. Some might say to your peril. They are so dense and devoid of light it’s no wonder they are the backdrop to many a scary movie or enchanted folktale. We were not so naïve and remained on their perimeter, happy to marvel at their wonder from the safety of the sunlit path. 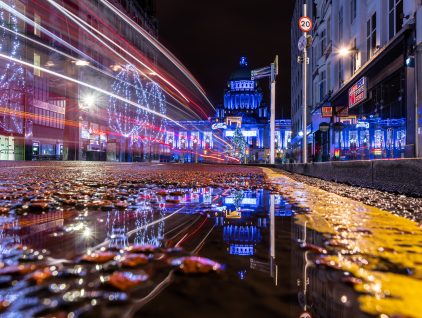 As the walk comes to an end there lays a feat of engineering and a wonder for the imagination. On the top of a small hill a stone carved pyramid stands that looks like something other-worldly has crash landed here. 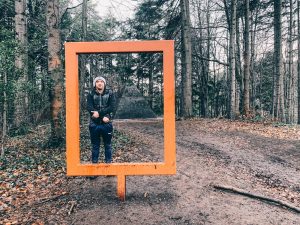 This was in fact a tomb that was commissioned by Lord Garvagh to be buried in when he passed on but unfortunately for him he never made it. 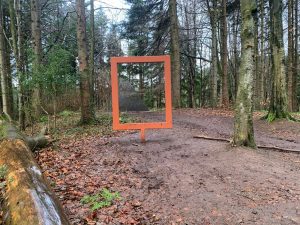 You should therefore look at this place much like life. Look with wonder and intrigue at all there is to see. Become aware of the beauty and majesty in everything because at every turn our impermanence is there amongst the trees.