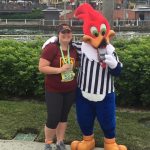 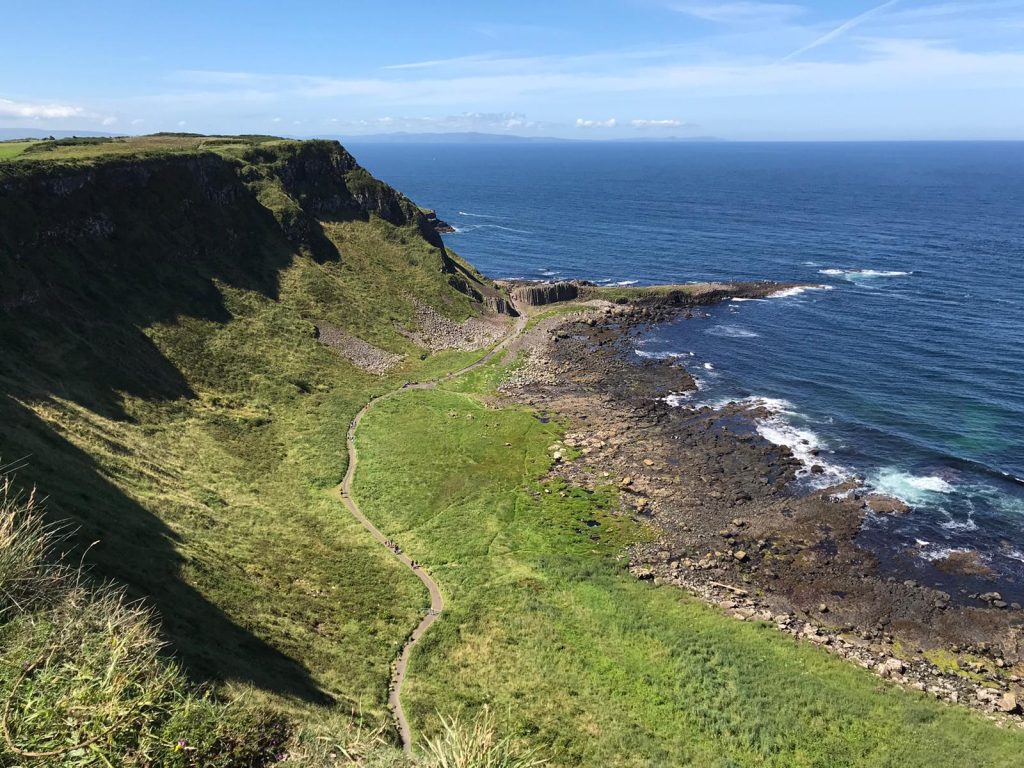 Following what seemed like forever, the opportunity had finally come for my sister and I to get walking with the group again.

Our group met in the car park at Portballintrae where we were greeted with blue skies, warm sun and the smell of salt in the air. The perfect day for a coastal walk. 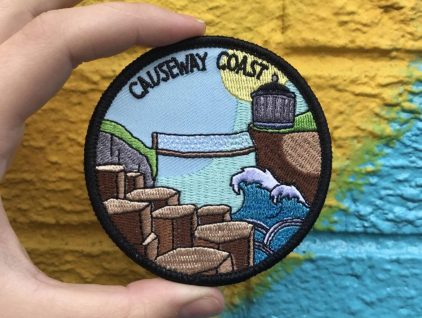 We began by following the path onto the wooden walkway that follows the River Bush at the edge of the sand dunes of Runkerry Beach.

Emerging from the dunes we dandered along part of the Giants Causeway and Bushmills Railway track before veering left and taking the path that runs along the side of Runkerry House.

After a short climb we were rewarded with stunning views of the North Coast and could even see the Big wheel forming part of the skyline at Portrush.

We trekked along the coast path around the inlet of Portcoon, the home of a World War 2 memorial stone dedicated to two pilots who crashed there in July 1942. The Causeway Coast Way sign told us that we had nearly reached our destination.

After another short climb and we had finally reached The Giants Causeway, home of the legendary giant, Finn MacCool.

We followed the red trail along the cliff top until we reached the Amphitheatre view point where we took time to take in the spectacular views of the majestic causeway. 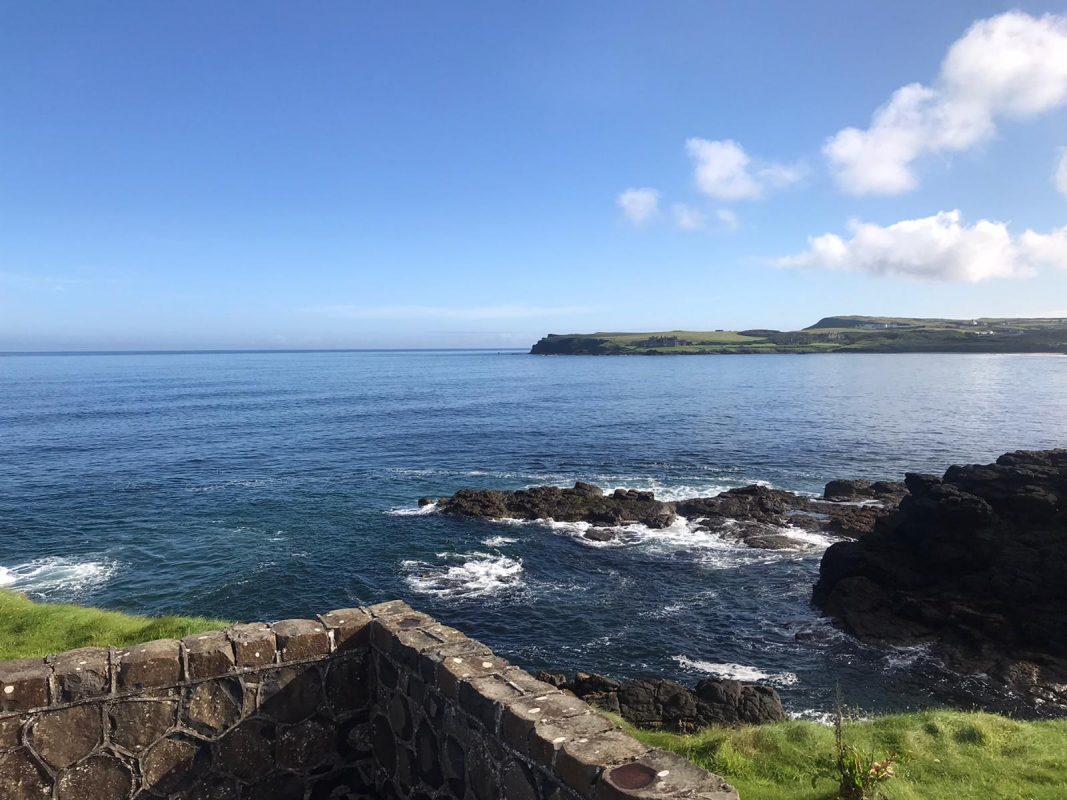 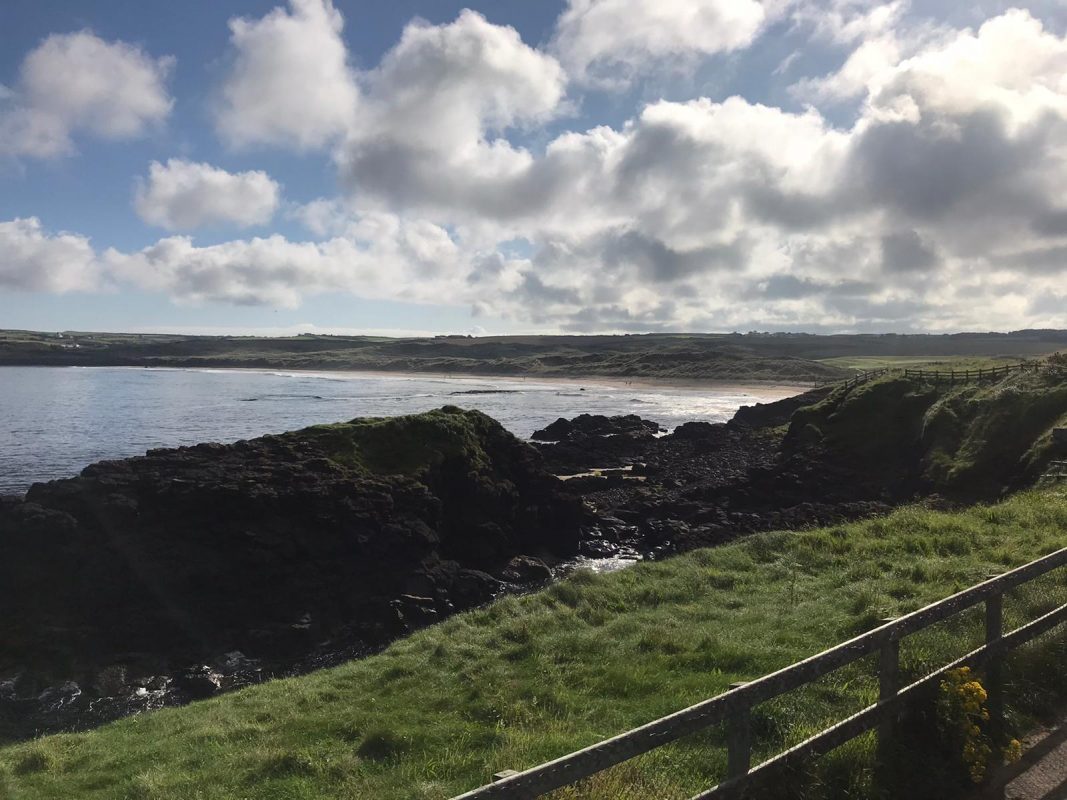 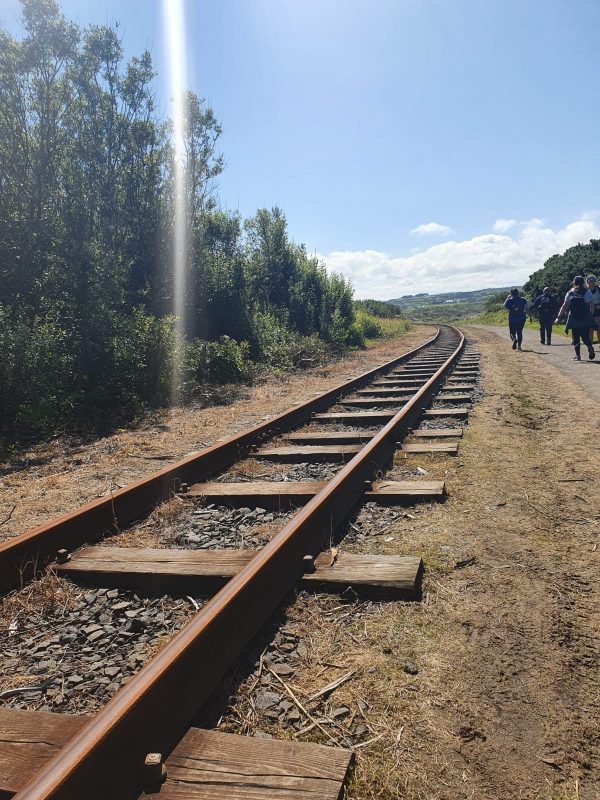 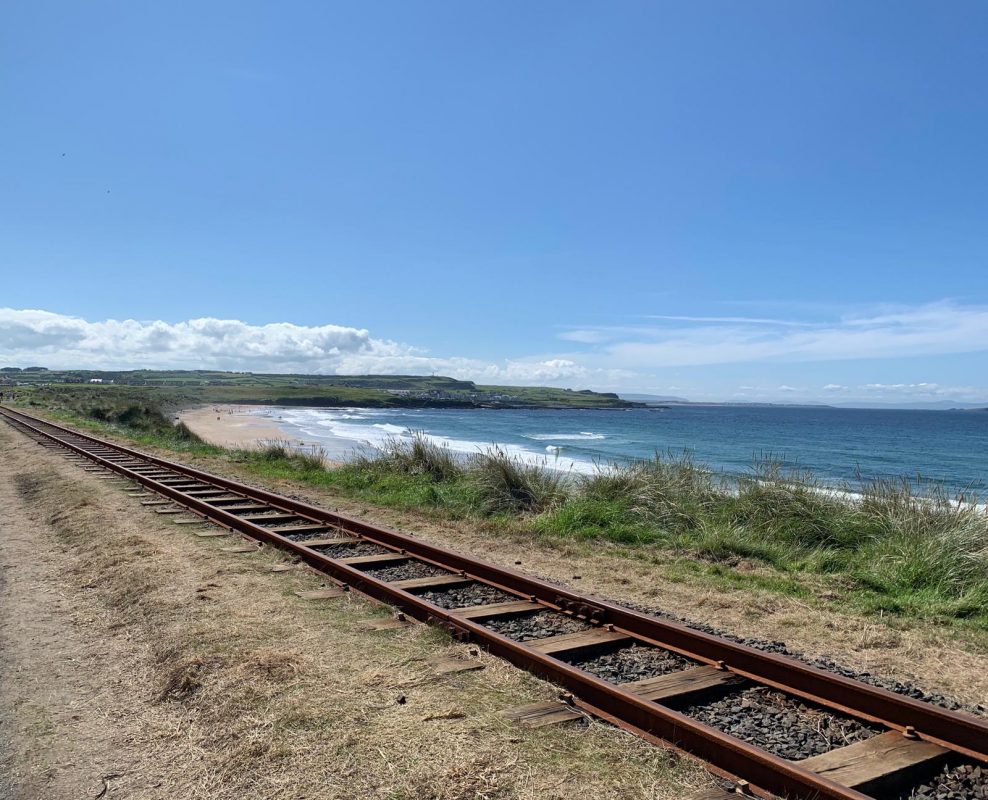 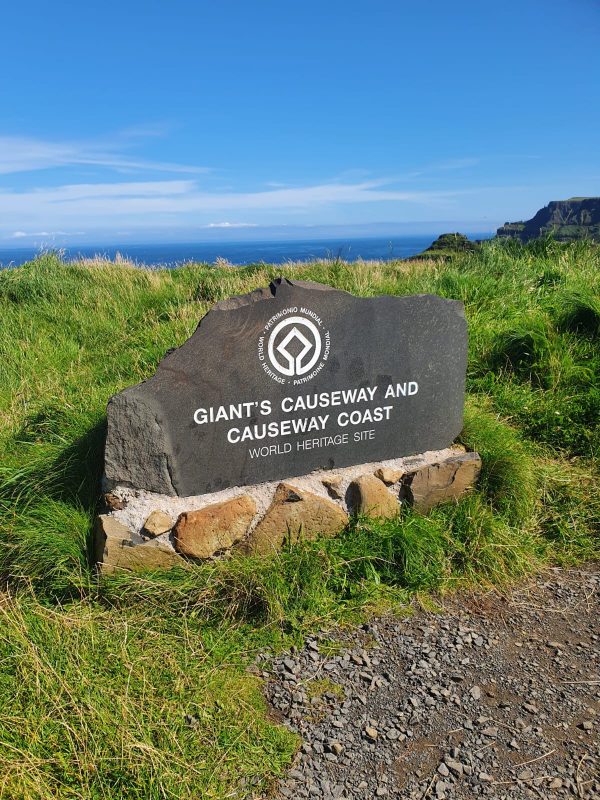 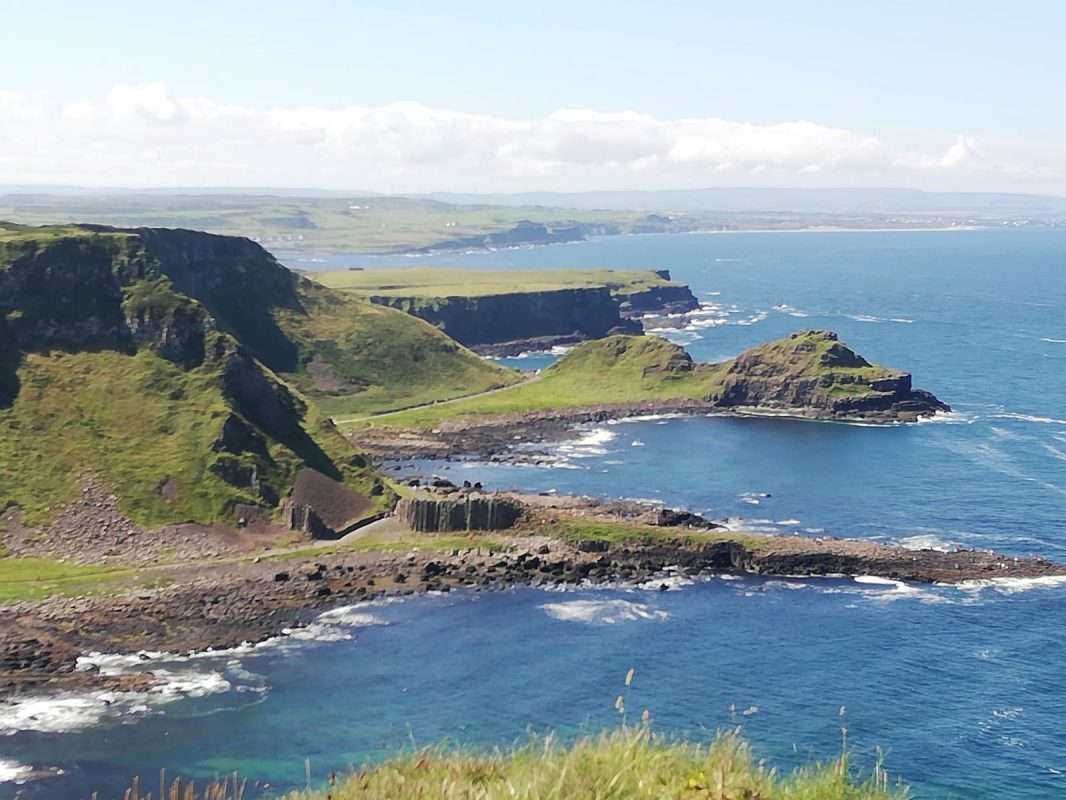 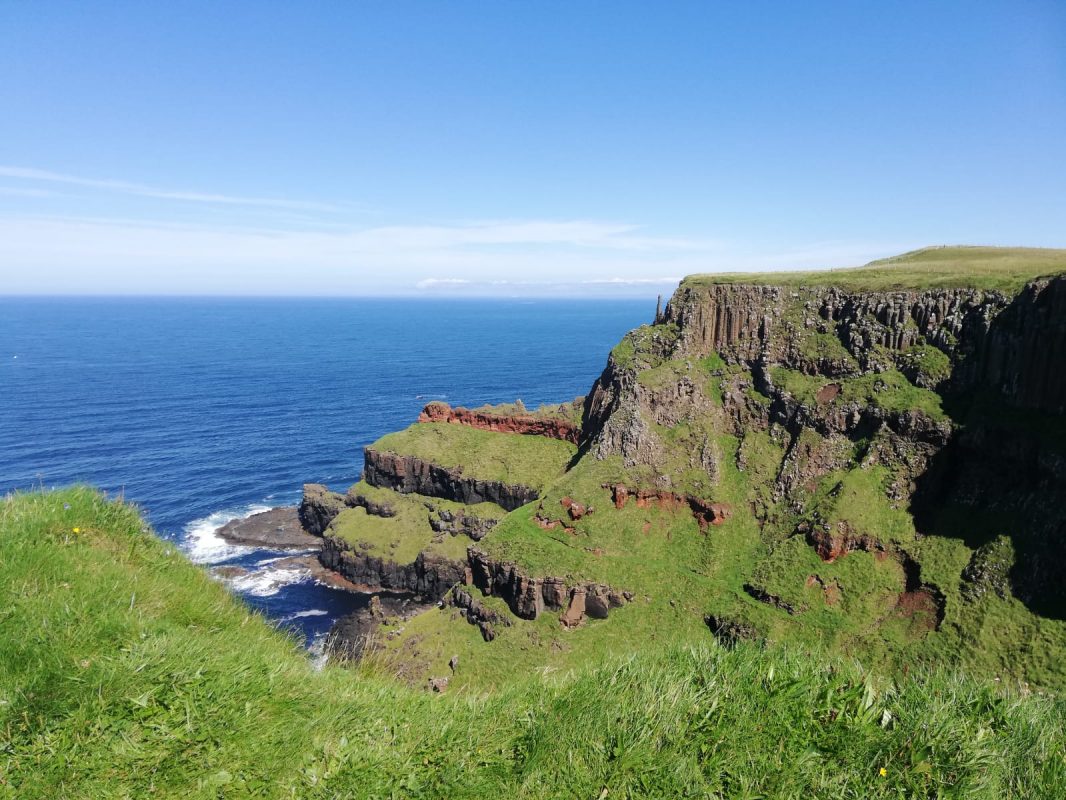 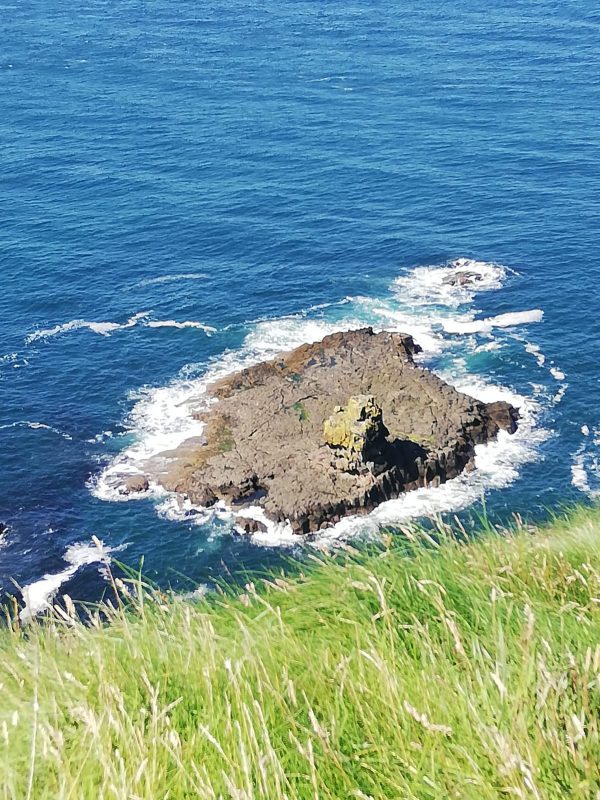 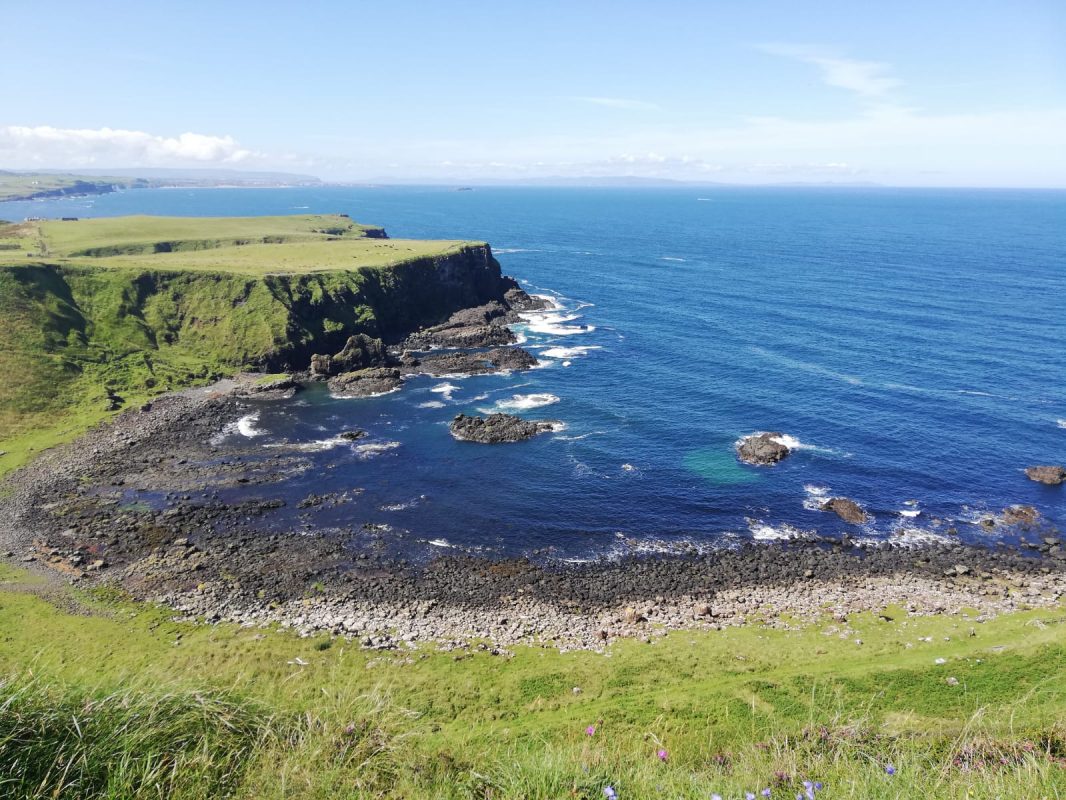 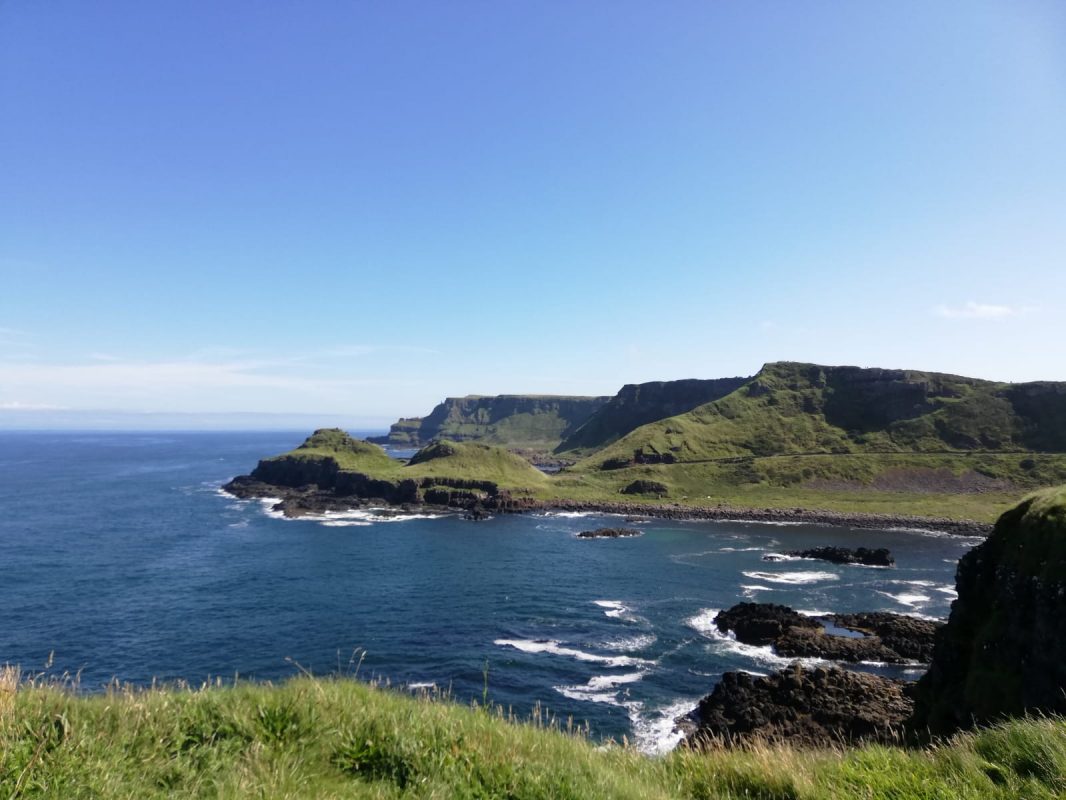 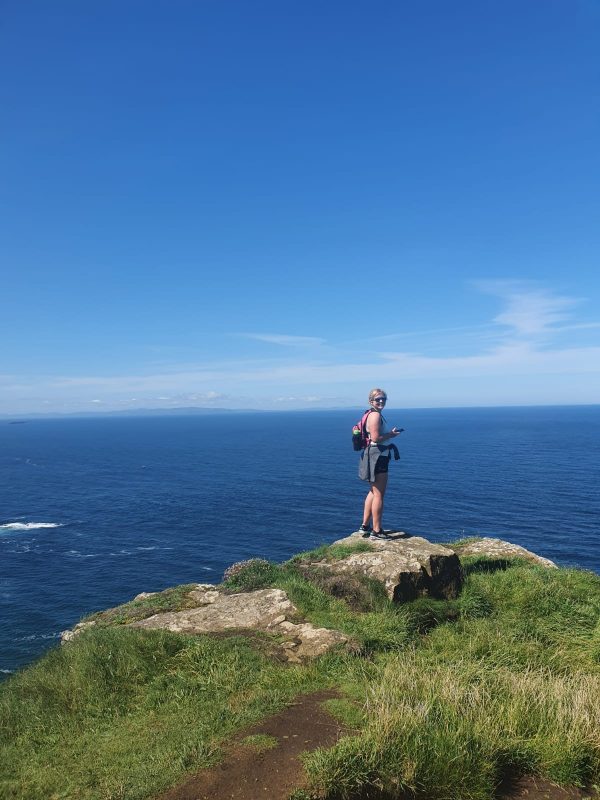 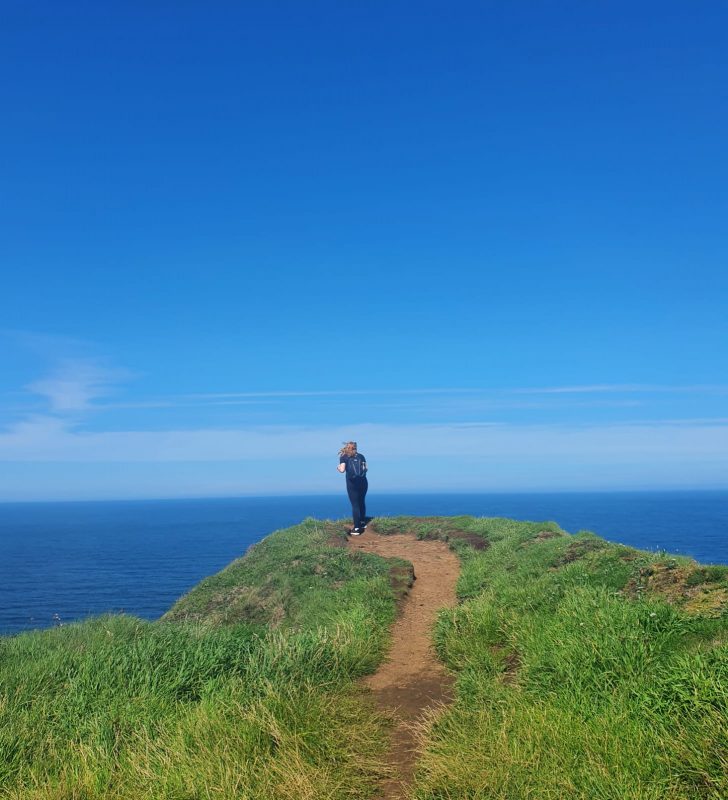 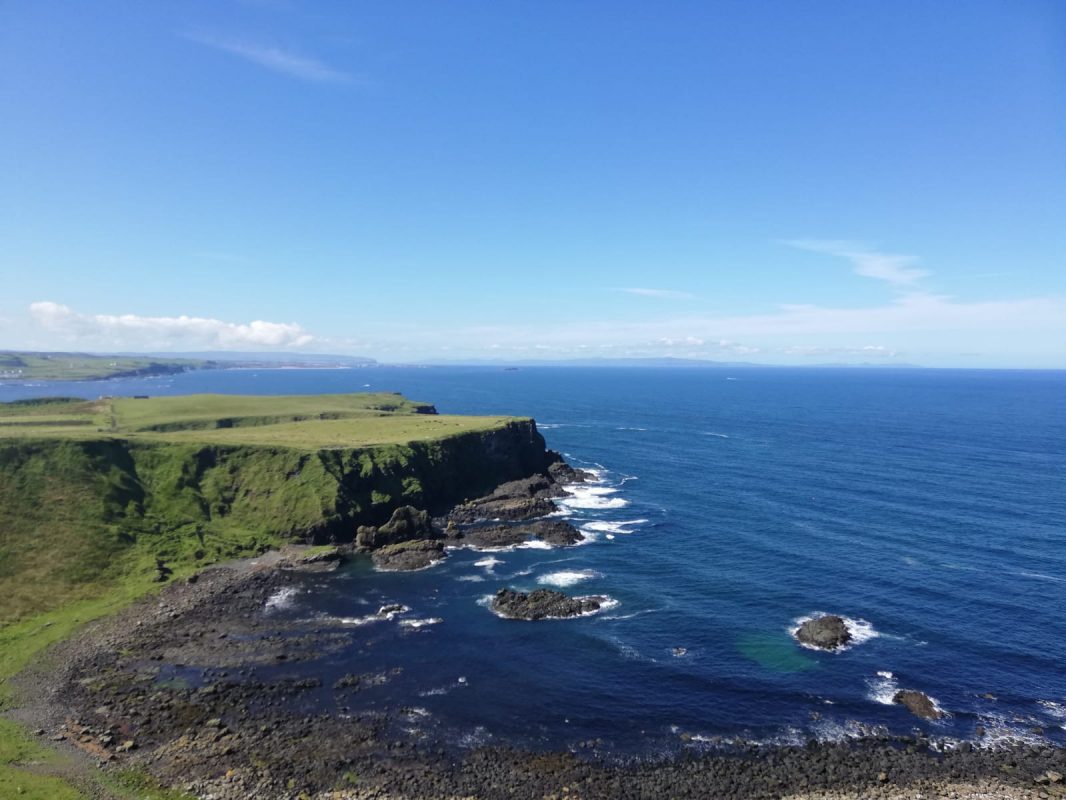 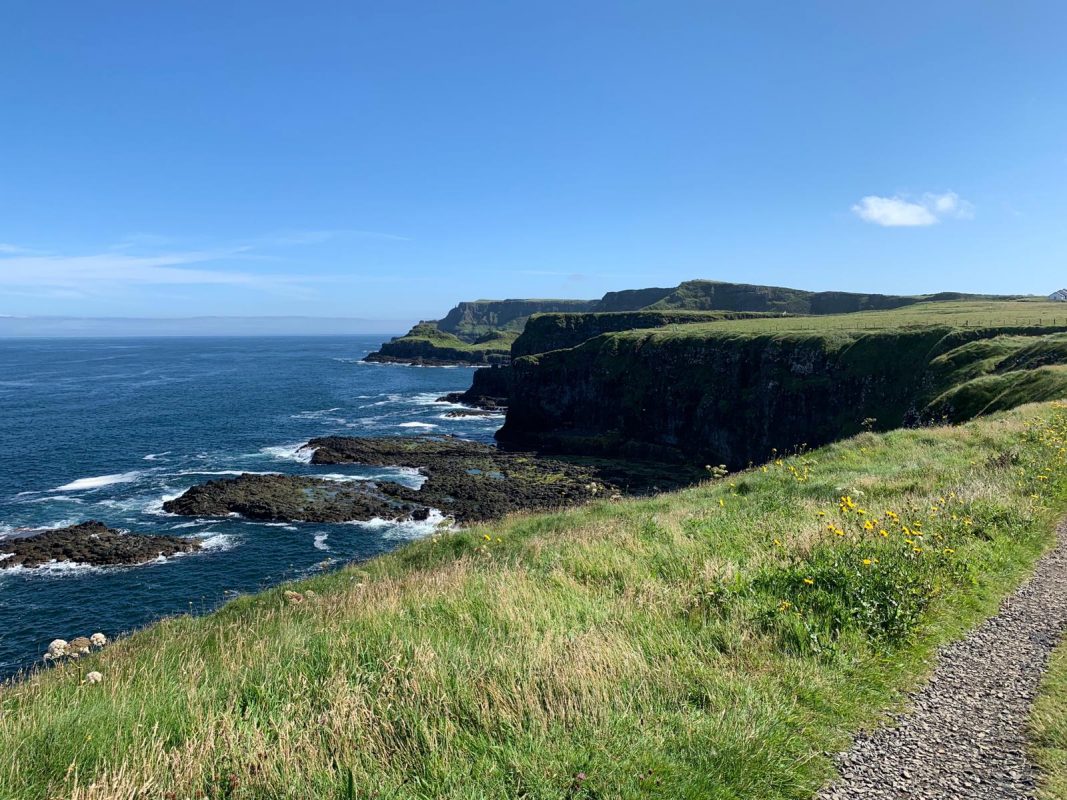 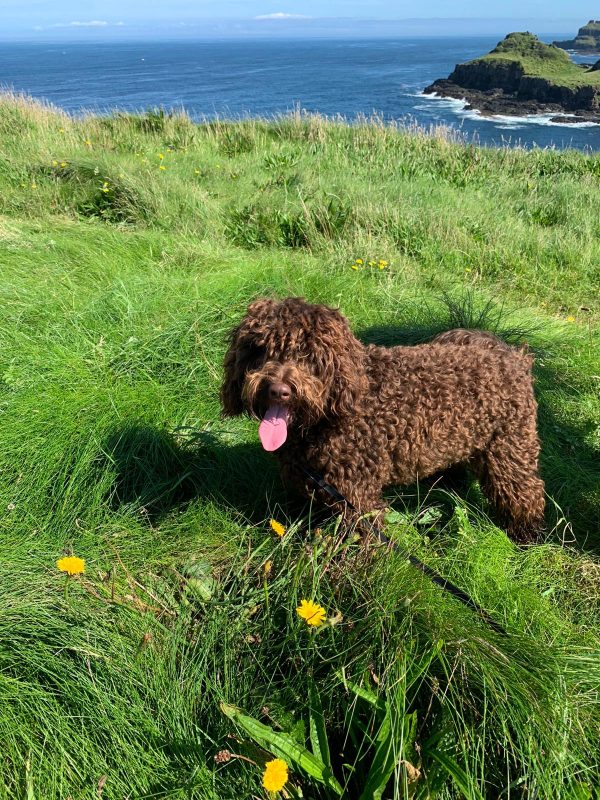 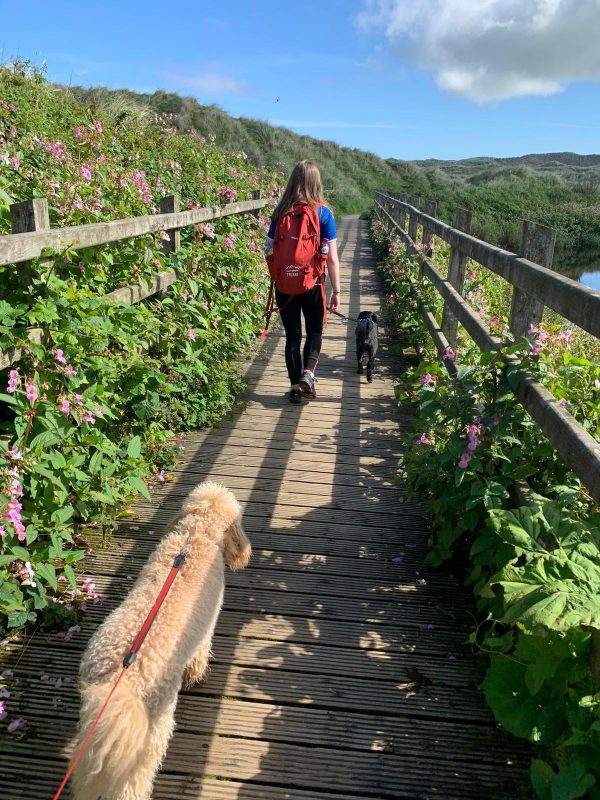 After a short pit stop at the visitor centre we retraced our steps back to Portballintrae. 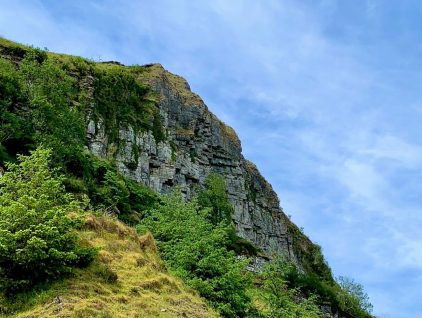 READ: Benaughlin: in the shadows of Cuilcagh. ⛰️

Today’s trek certainly showed us why the North Coast attracts so many visitor and walkers. Thanks to Trek NI for another cracking day out. 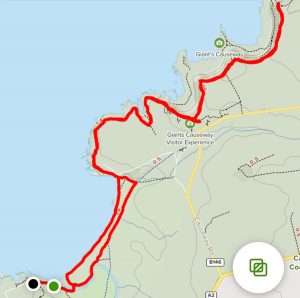 I’m a Biomedical Scientist from Ballymena. I’ve been a member of the group since the first Doan trek. I’m an avid Harry Potter and Dr Who fan and proud to call myself a geek.