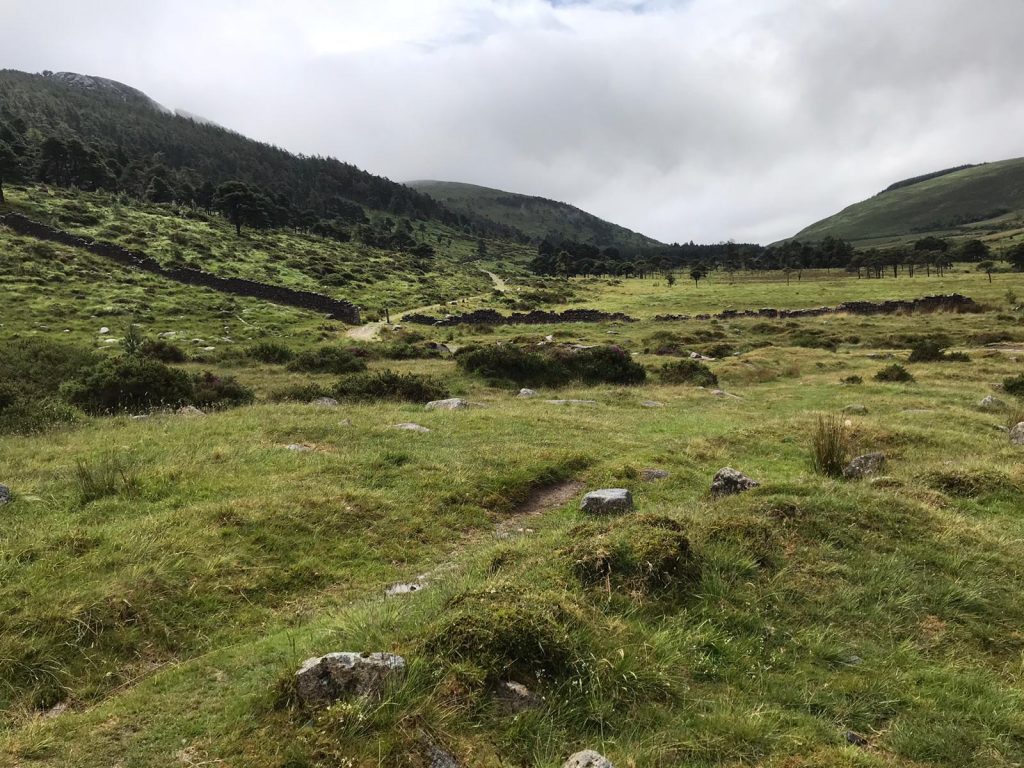 On what was forecast to be a pretty inclement day, seven brave Trek NI members met up at Leitrim Lodge car park to head up to Pierce’s Castle. The plan was to take in Pierce’s Castle along with a few of the other peaks close by. 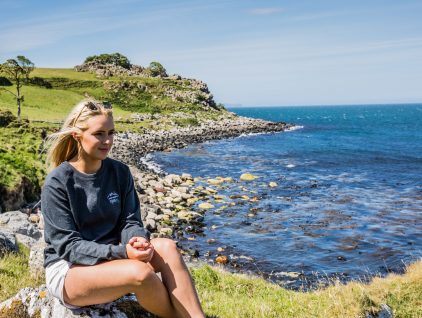 SHOP: Sweaters made from 100% recycled material.

The weather when we met was actually quite pleasant, well no rain at least!! Although the midgees were a bit of a pest. Before we headed off myself and David took a moment to celebrate Liverpool winning the Premier league…well, after 30 years it would have been rude not to…YNWA!!!

Off we headed up the track from the car park. We could see from the rivers coming down between Rocky and Tornamrock and off the side of Altataggart that the rain had been heavy overnight. Not to disappoint, after about 20 minutes it was time for the waterproofs – I had started out in shorts and a T-shirt being ever the optimist!

The walk up to Pierce’s Castle was leisurely and after taking in the non-existent view on top we dropped down the side for a bit of shelter and a snack stop. 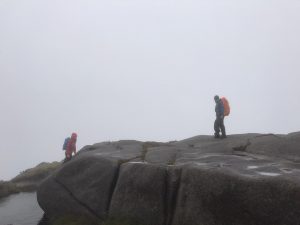 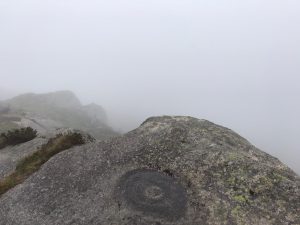 The conversation here was all about whether this was lunch or just a tea break and how good Darren’s home-grown lettuce was! And during a discussion about the ideal strength of tea, Darren also came out with the now-immortal phrase, “I could suck a tea bag.” He won’t live that down in a hurry.

The wind and rain at this point had really started to pick up. Heading out from Pierce’s Castle we headed across the Castle Bog to pick up the wall across the top of Altataggart. The ground at this stage was becoming increasing boggy and wet underfoot with the odd shout when a foot went a bit deeper into the boggy ground than expected. 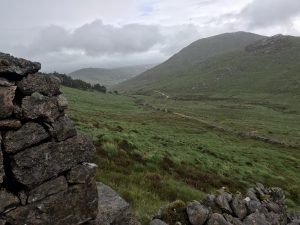 As we made our way down off Altataggart, with heather and honey being the main topic of conversation, unbelievably the weather broke and the sun started to come out. 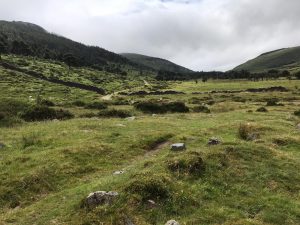 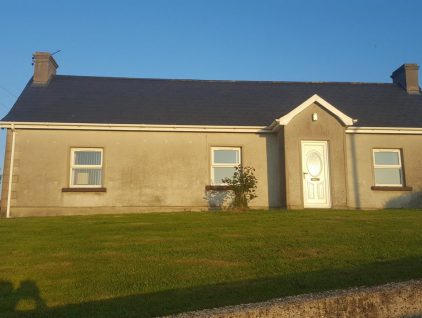 After considering if we should head up Tornamrock and deciding not to as we had been out in the rain for 2 and half hours, we headed back to the car park. A good choice in the end as not 20 minutes after leaving the car park an absolute deluge of rain started! 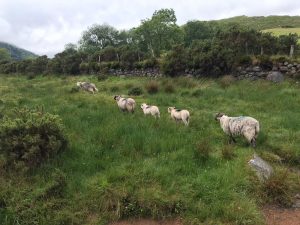 Where next for Trek NI? We are heading to the Sperrins, so keep an eye out for the Trek Report! 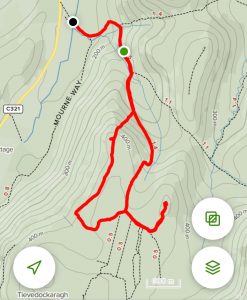